Home » Garden » Right Outside My Office Window I’m Looking at THIS.

Right Outside My Office Window I’m Looking at THIS.

I have no chance of accomplishing anything beyond the most basic personal hygiene over the next month.  Why you ask?  Because of this. 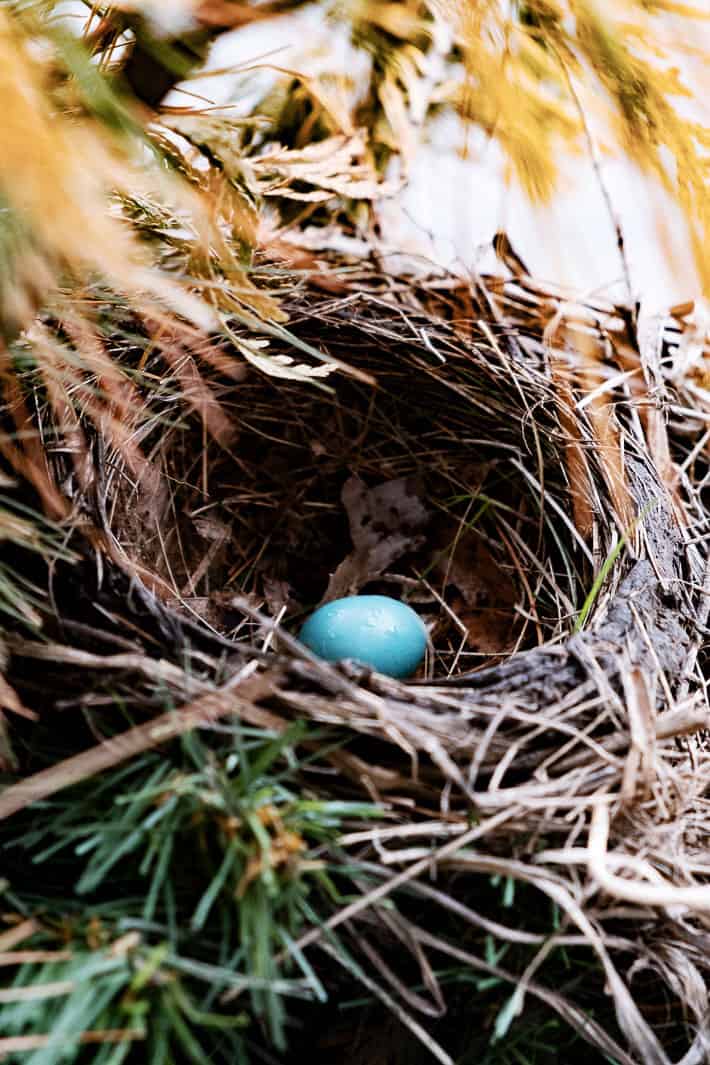 Right outside my office window there is a window box full of decrepit pine branches, long dried out Christmas greenery and one bright blue excuse.  An excuse to close my laptop, stare out the window, eat at my desk and rationalize not showering because robins are widely known to hatch when you’re rinsing out conditioner.  Or Creme Rinse as my sister (who still uses a paper bank book) calls it.

Let’s take a step back for a second.  I like to remove my Christmas greenery exactly when I can’t be bothered to look at it anymore.  That’s usually the day pine needles get stuck to the sunscreen on my arms as I walk past it.

I’ve never had a problem with this method before.  But this year, just outside my office window, a robin decided to take up residency and that’s where it’s going to be for the next 3 weeks.  Which means I won’t be able to get rid of the Christmas greenery in my window box until almost June. That’ll give me a nice leg up in the neighbourhood whack job rankings.

Before I knew it I’d stopped working on my laptop completely (other than to Google the nesting and hatching habits of robins) and spent hours staring at a birds ass.  Sometimes I do it out the window and sometimes I watch my video footage.  You can’t have a robin’s nest so close and not train a camera on it can you?  I installed one of my many Arlo security cameras right above the nest.  It records footage automatically when there’s movement in the nest and I can press a button to take a photo as well.  The photo of the egg at the top of this post is from my real camera, not the security camera.  The security camera takes good pictures, but not that good. 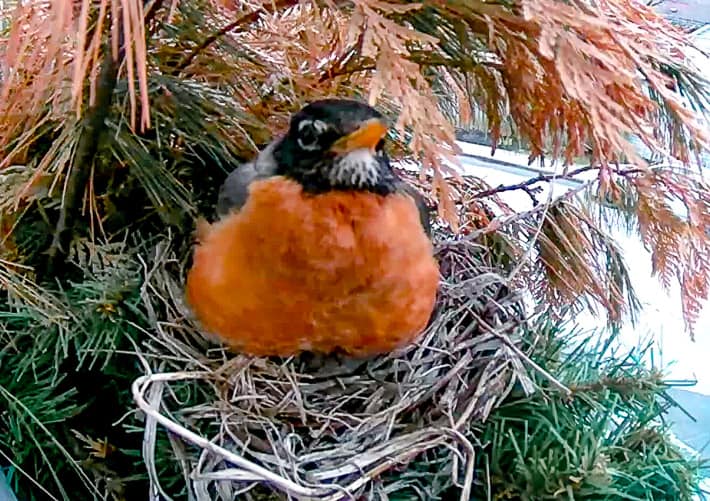 This is the quality of the photos with the security camera.  Good enough to identify this robin if it steals a package from my front porch, but not good enough to make it into National Geographic.

In the past day I’ve watched and learned how a robin forms a nest. I’ve seen it puff out its little feathers and lay the first of its eggs.  AND IT’S AMAZING.

I’ll save all of that stuff for my beginning to ending post of the robin but today I thought you’d like to see nature in harmony up close. I call this Dance of the Mourning Dove.

I figured that keeping all of this to myself was moderately selfish so I’ve been saving the footage and taking pictures, and once the whole event is over and the birds have flown away I’ll be bringing you an in depth post on the entire sequence of events from laying to hatching to feeding and flying.

It will all culminate with the grand finale of – me removing the dead greenery from my window box.

And washing my hair. 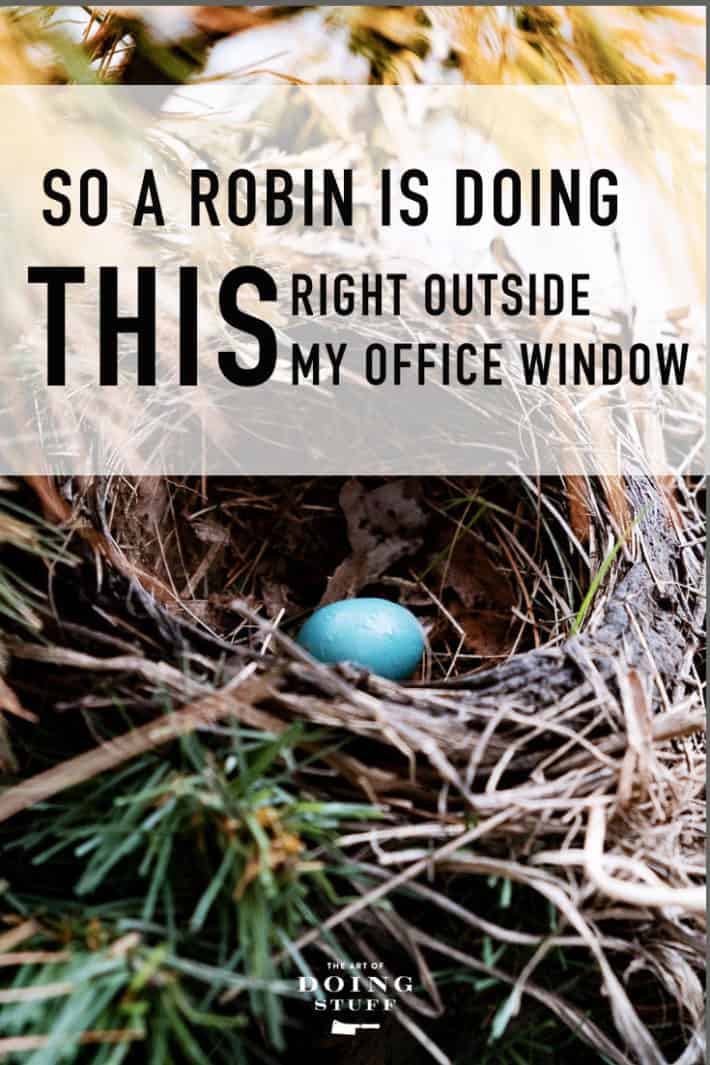