Roasting asparagus in the oven and finishing with olive oil and shaved parmesan is a perfect spring side dish. 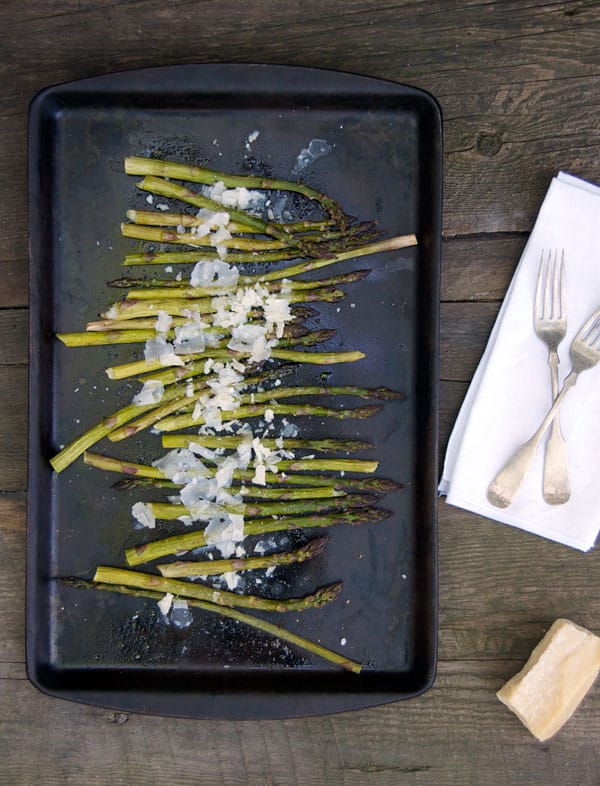 Many years ago when I was working at a television station in Toronto I ate the same thing in the cafeteria for lunch every single day.  This was not unlike what I did in highschool when I ate french fries and gravy every single day for lunch, which other than throwing up a well formed ball of grease at the end of 4 years, had no ill effects on me.

By the time I hit my working years I was a little more grown up in my tastes.  What I ate every day for lunch was Veeshna's (she was the cook in the cafeteria) Asparagus Soup.  I loved it so much I found just having one meal a day of it wasn't enough so I asked her for the recipe so I could make it for myself for dinner.  Which I did.  For weeks on end.  Until one day I looked at the bowl of Asparagus Soup and thought I was going to throw up much more than a ball of grease.

It was 4 years until I could eat anything asparagus again.  I've learned to control myself a little more.  I still only make asparagus soup occasionally but once asparagus season rolls around I'm eating roasted asparagus at least a couple of times a week. 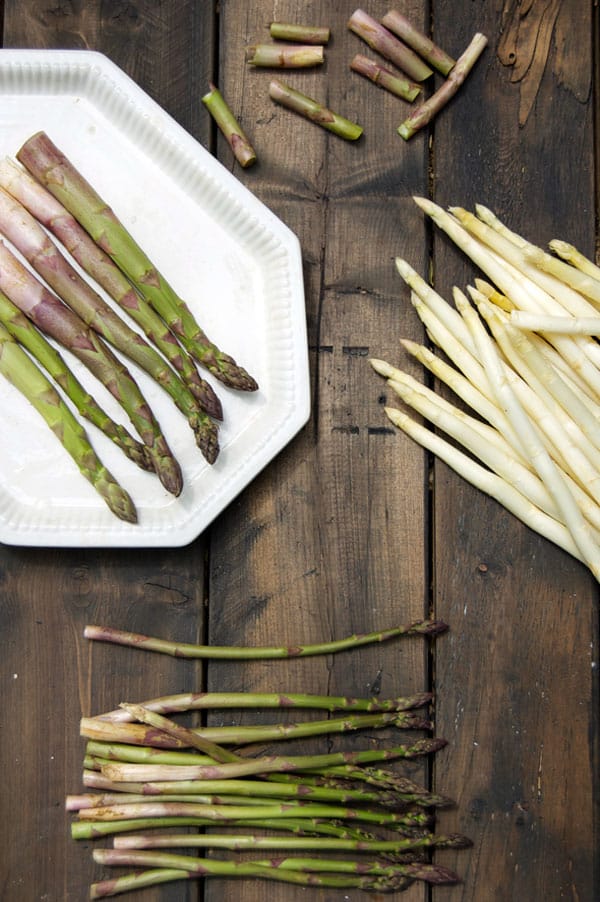 If your spears are tough it's more likely that you haven't cut enough of the stem off of the bottom.

To prepare asparagus for roasting (in a 400 degree oven) just bend the asparagus spears with your fingers near the bottom. 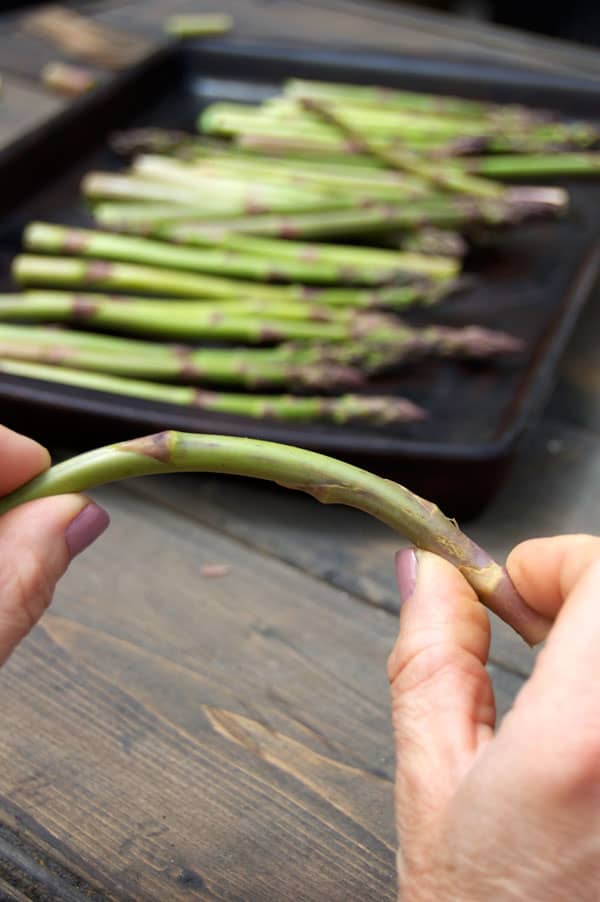 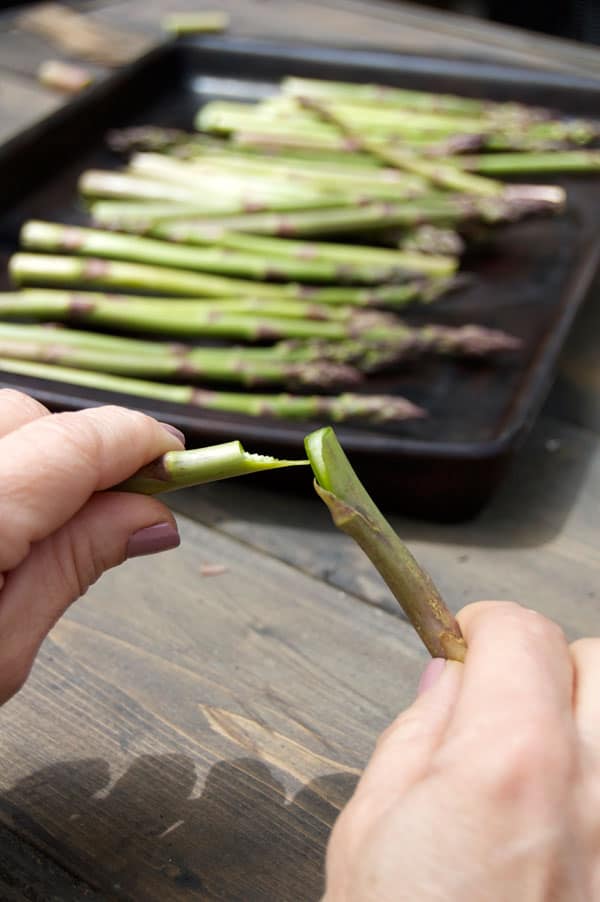 If you're weird about all your asparagus spears being the exact same length then don't bother snapping them,  just cut 2 or 3 inches off the bottoms.  Ya weirdo. 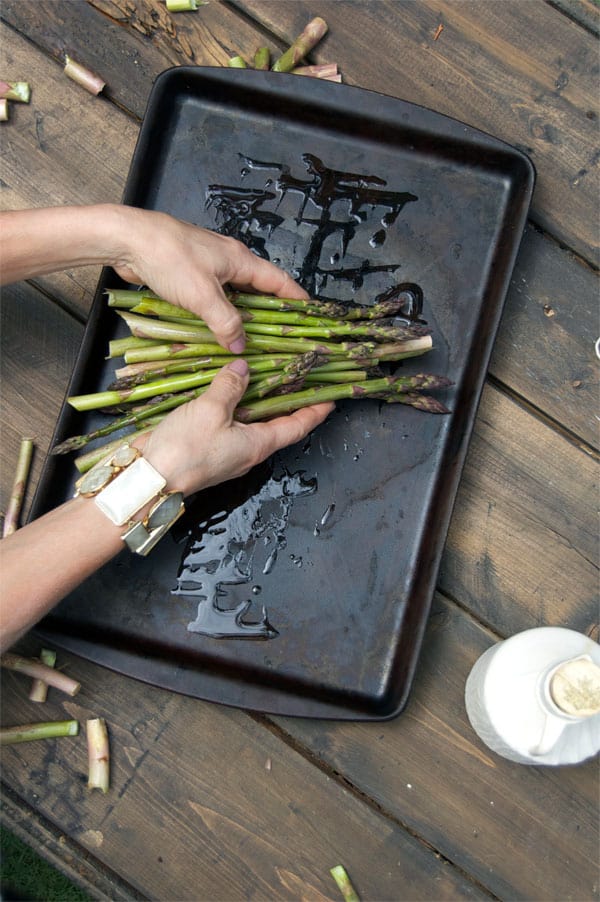 Roast the asparagus for AROUND 10 minutes depending on the thickness of the spears.  For thinner spears check them at 5 minutes, for thicker spears check them at 10 minutes.  It also depends on how you like your asparagus cooked.  Technically you're supposed to allow them to have a bit of bite to them.  Some crunch.  But some people don't like that.  Some people like their vegetables to be complete mush, which is fine.  Is it how a chef thinks you should eat asparagus?  Nope.  But since it's you eating the asparagus you're in control and you can cook them however you like them.

I for instance like my scrambled eggs decidedly overcooked.  That's how I like them. I don't care that it's "wrong".   Liking canned peas is "wrong" too, but I like those as well. 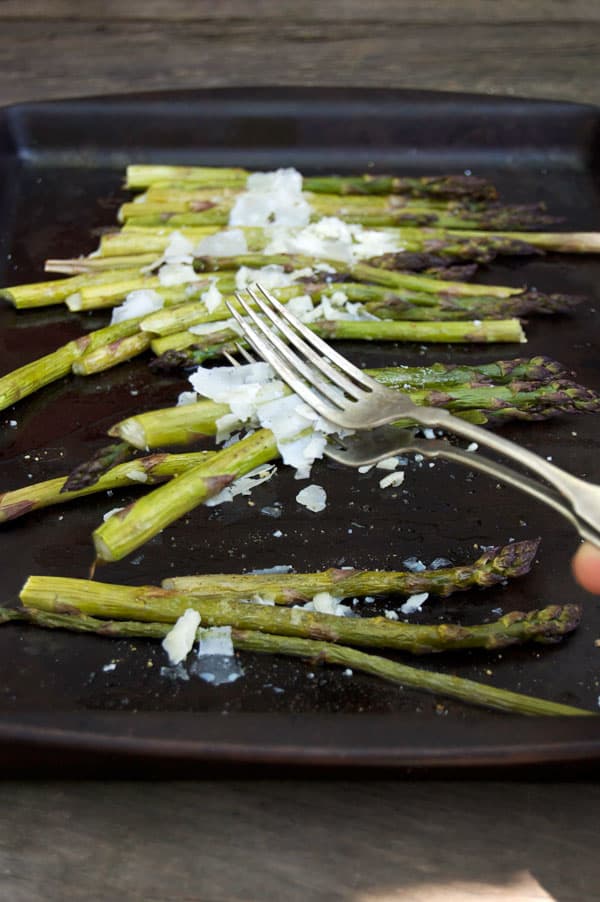 As soon as you take the asparagus out of the oven sprinkle it generously with salt and pepper and then shave parmesan cheese over it.  Do it right away so the heat from the asparagus will help melt the cheese a bit.  You can also stick the asparagus all cheesed up under the oven broiler to get it a bit crusty and bubbly.  In fact.  Do that.  Always do that.  Always broil it for a minute afterwards. That is now an order. 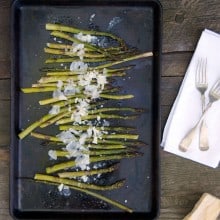 The thickness of your spears will dictate how long to cook the little spring spears of joy.
No ratings yet
Print Pin Rate
Course: Vegetable Side Dish
Prep Time: 5 minutes
Cook Time: 10 minutes
Total Time: 15 minutes
Author: The Art of Doing Stuff

If you have leftover roasted asparagus heating it up tends to overcook it no matter how hard you try not to. So throw it in a pot with just enough  chicken stock to cover it, simmer it, throw it in a blender, and you have asparagus soup.  Serve with shaved parmesan and a few large croutons on top.

Just don't eat the soup every day for lunch.  And dinner.  Ditto for the fries and gravy.