Home » Chickens » The Hens » Sex the chicks!Guess the sex

Sex the chicks!
Guess the sex

Dear everyone who got here by Googling “sex” and “chicks”,

a) You’re never going to meet a real girl with real boobs over Google. O.K. you might but she won’t be a quality girl.

b)  Maybe what you really need in your life is a hobby. Something to make you feel productive and useful.   Like chickens.

When you buy chicks called “free run” that means you’re basically getting a handful of feathers that may or may not be girl chickens. You WANT girl chickens because they’re the ones who actually produce food (eggs).  The boy chickens just make a lot of noise, try to boss around the girl chickens and generally do a lot of strutting. They also eat a lot of food.

I’m sure at this very moment you’re seeing the similarities between the chicken world and the human world.  The significant difference being if a Rooster angers you, you can (legally) chop its head off.

I’ve thought from day one that my biggest chick was a hen. Which is the opposite of what you would normally think, but after doing some research on Marans I discovered that (again like humans) the females mature more quickly than the males.

What I think I’m holding onto (much to the chagrin of everyone who was hoping for one of my pullets) is 1 hen and 3 roosters.

So I’m looking for guesses from you.  What do you think I have?  Girl chickens?  Boy chickens?  Souvlaki?

Allow me to introduce you to chickens 1, 2, 3, and 4.  As you look at the photos try to guess if you think they’ll grow up to be a hen or a rooster. 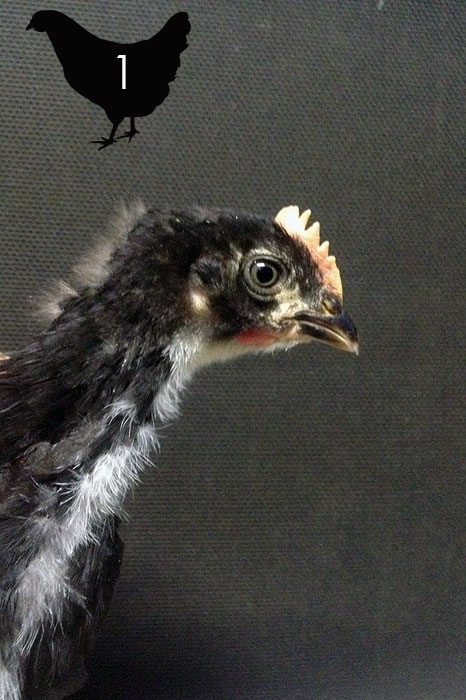 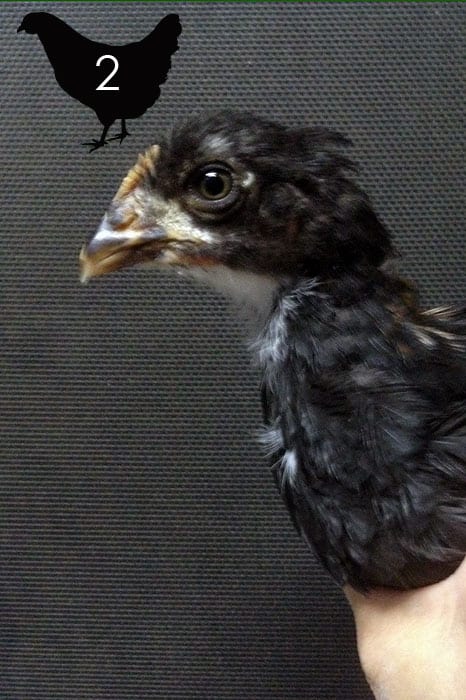 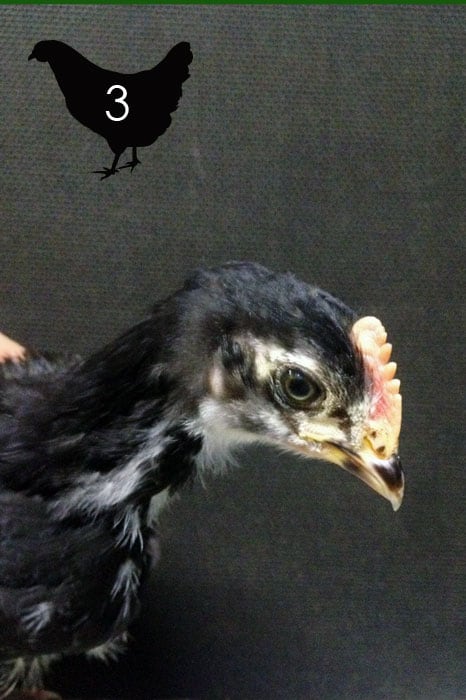 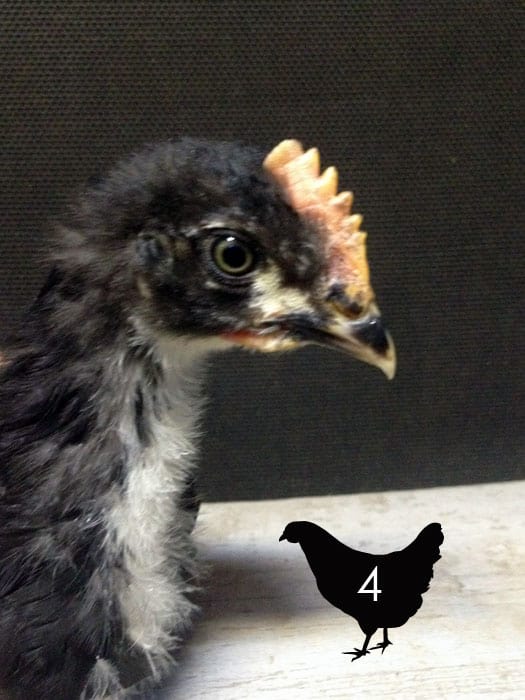 And here is what I think. 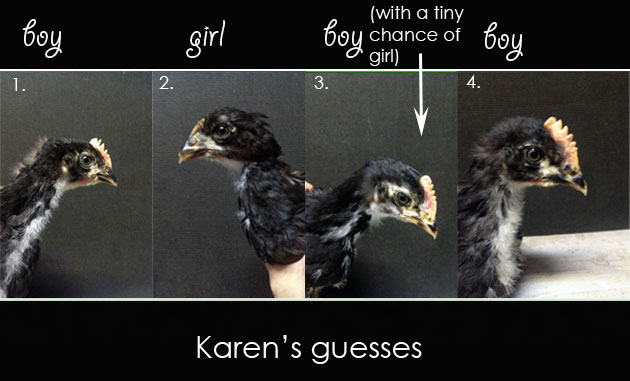 Even if you don’t have a clue about chickens take a guess.  I suspect I’ll let you know what I have in about 4 weeks at probably around 5 o’clock in the morning when the cock starts calling.