O.K.  Lets just be frank here shall we?  A lot of these recipes I post aren’t life changing or innovative.  They’re the best of the classics.  Do I like stuff other than standard fare?  Um, yeah.  But those aren’t necessarily the recipes I spend years perfecting.

I like meatloaf too.  Made with Country Style Stuff ‘n Such.   Suck on that Foodies.

Of course I do balance it with some newer lighter fare, but if I’m having a crappy day I’m ending it with roast beef or hamburgers, not a celeriac puree and tiny diced pieces of flavoured air.

So I’ve taken to perfecting the classics.  The sort of thing our mom’s would have made while standing over the stove with a menthol smoke in their mouths and a spiked Tab in their hands.

Like  Shish kebabs.   Little blobs of food impaled with a stick.  Couldn’t you just salivate?

You can use whatever meat and vegetables you like for Shishkebabs, but I prefer this ’cause I like the classics.  Have I mentioned that? 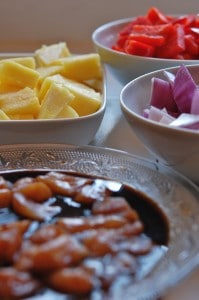 Marinade for the chicken:

Mix ingredients together then marinate cubed chicken for 1 hr. or more. 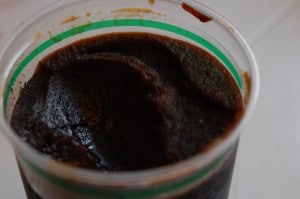 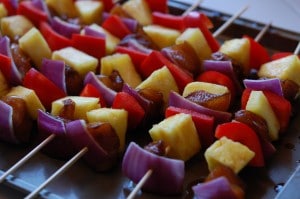 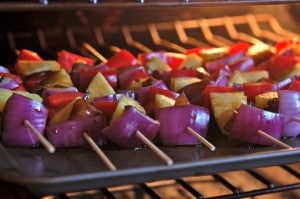 Stick in an oven heated to 425 degrees.  Cook 7 minutes, then flip and cook another 5 minutes or so (depending on the size of your chicken pieces) 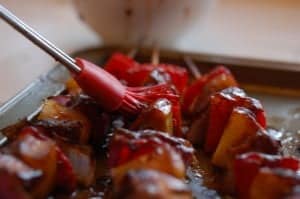 When chicken is almost done, remove from oven and brush with Teriyaki sauce.  Broil Shish kebabs until sauce thickens and becomes sticky and glazed.  2 – 3 minutes. 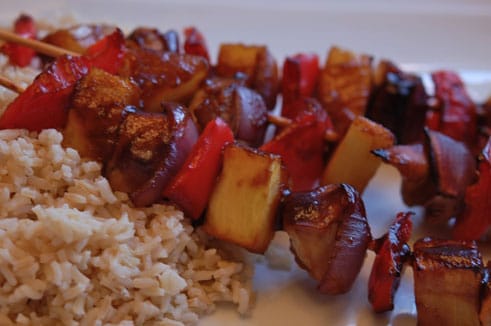 Serve on a bed of rice with a side bowl of the Teriyaki sauce.  ‘Cause you can never have enough sauce.

Oh!  And yes, you can BBQ these – you just have to keep an eye to make sure they don’t burn.

Light up a menthol, pop a can open and enjoy!