If you came looking for corn smut you've found it.  And so did I a few days ago up in my corn patch. What it is and why I ever thought it was a good idea to eat it. 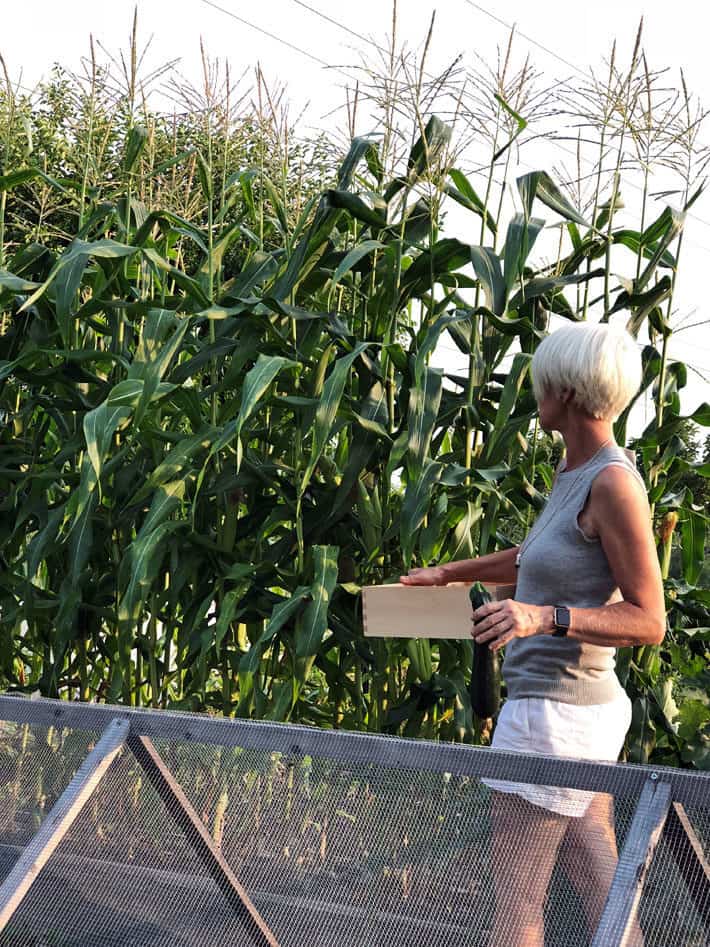 Amsterdam's red light district. The Playboy mansion. The super-deep-down-secret-you're-pretty-sure-you-erased-it hard drive of almost any computer in the world.  All places it would be perfect acceptable, expected even, to find various forms of smut.

You do not, on the other hand, expect to encounter smut while in your vegetable garden. I'm just an old woman out picking berries and BAM I'm confronted with smut.  Because of my obvious innocence and purity I'm proud to say I didn't even know what it was when I saw it. 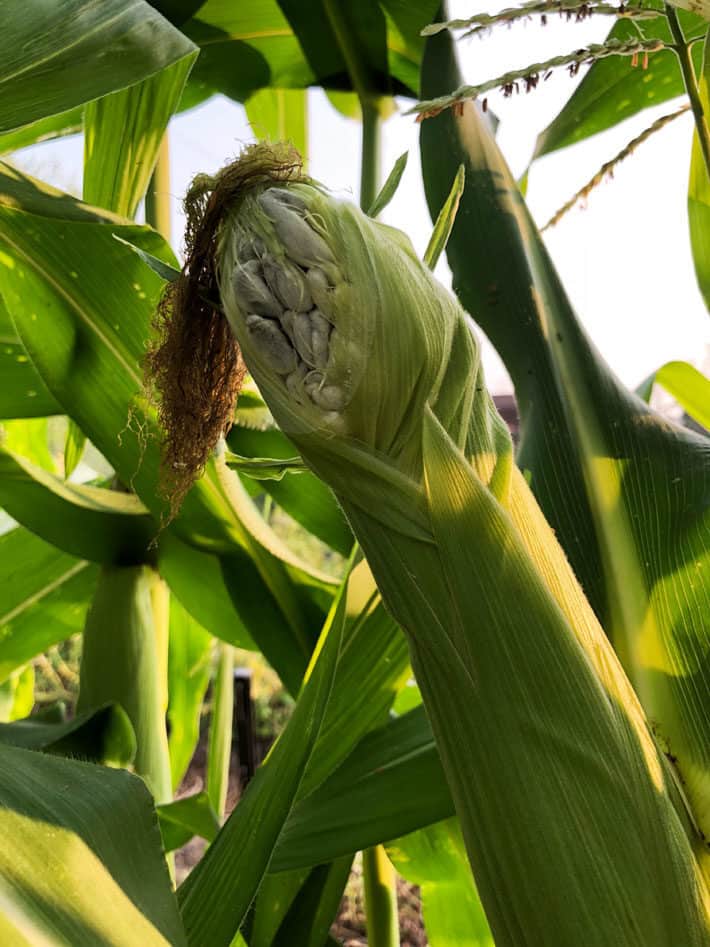 But there it was.  Something grotesque quite literally bursting out of the top of one of my corn cobs. 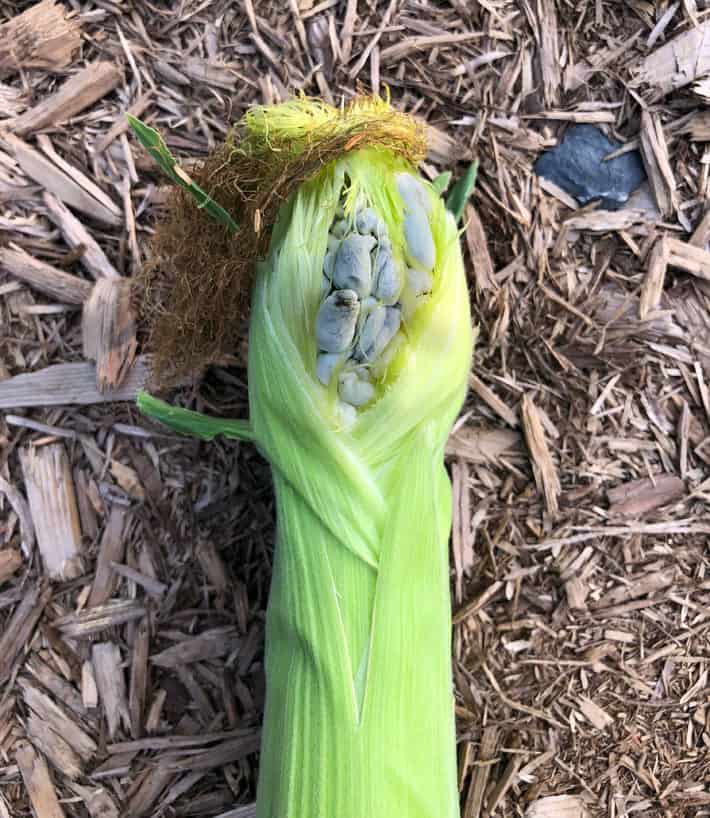 Almost instantly I remembered a post I'd seen on Instagram from a local chef. He was all googley eyed over a cob of corn that looked like a gargoyle had barfed it up. People in the comments were chiming in about how jealous they were, how it was Mexican *gold* and he should cook it up immediately.

It was corn smut.  Seriously. That's the name of it.

I wasn't quite as excited to see it on my corn but also figured, I like to be in the know, so I pulled off the cob and took it home.  Even though it was hideously ugly.  Like, seriously disturbing. 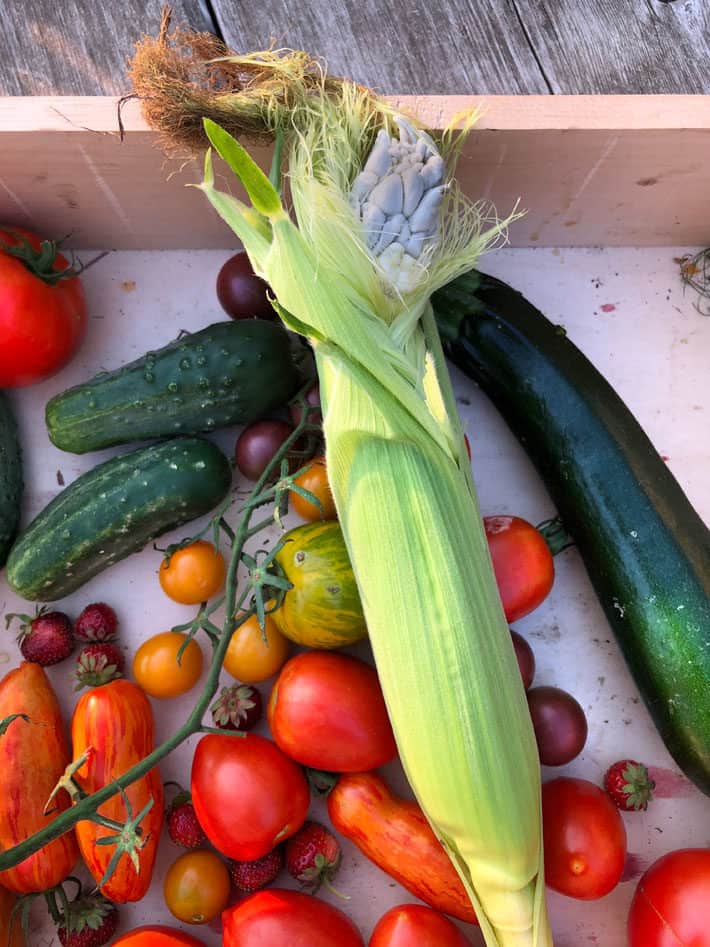 Once I got it back home, I stripped the husk off to see exactly what the hell kind of demon had taken over my corn cob.. 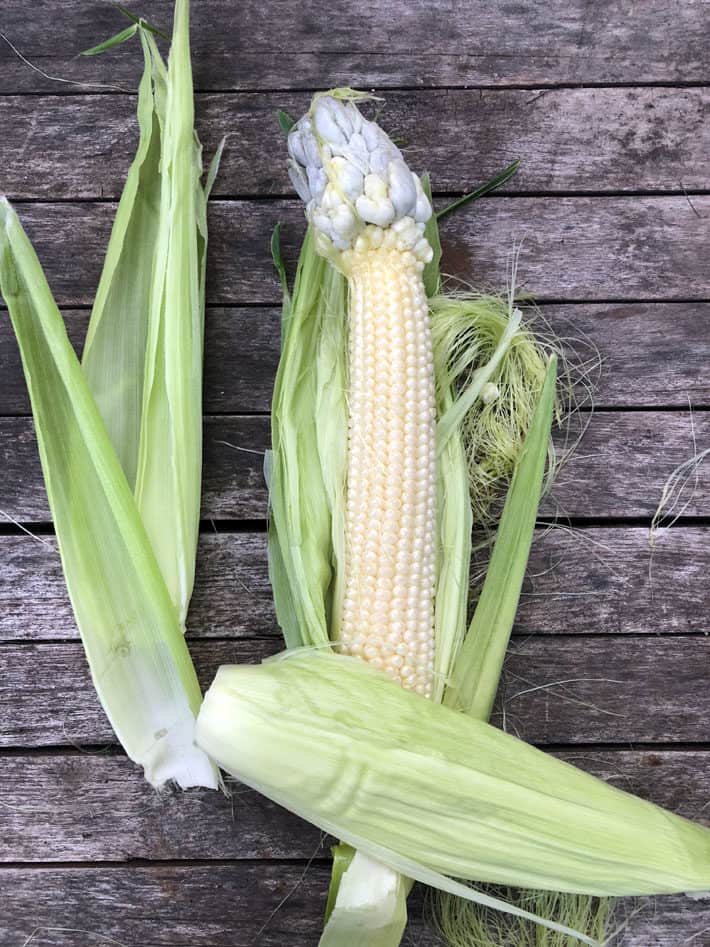 Even though the "smut" was only on the top of the cob I was no less revolted.

I immediately ran inside and headed to Google looking for some kind of answers.  According to the Internet Corn Smut is a fungal infection of the corn that happens randomly and naturally. It's similar to a mushroom suddenly growing.  Lovers of smut praise it's indescribable taste, the earthy quality it has and how well it pairs with cheese. 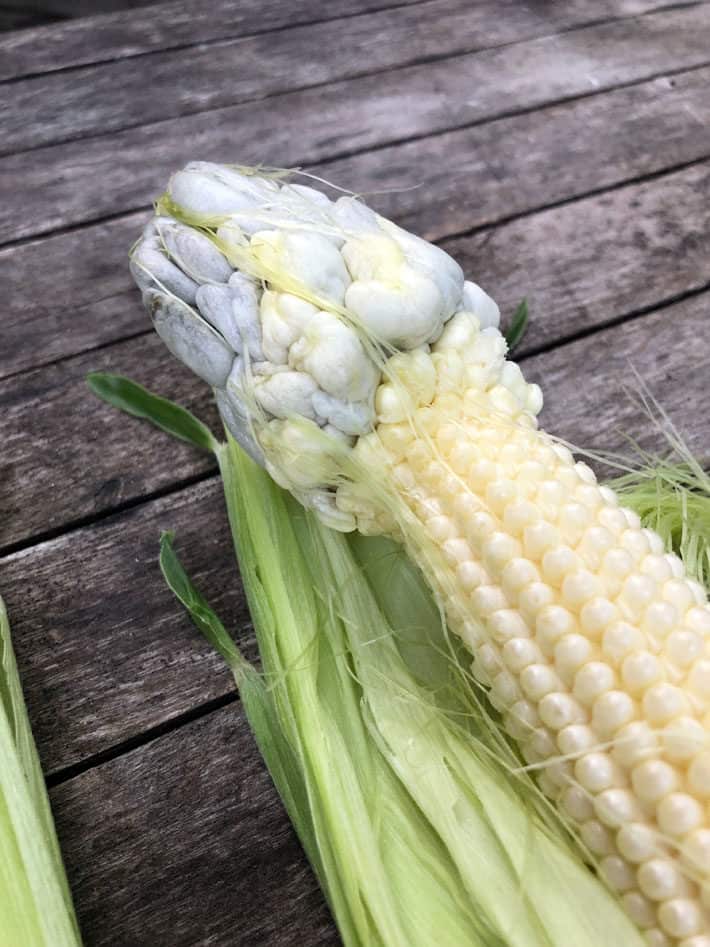 Instructions for cooking smut are kind of vague but it seemed like you could just sauté it and add it as a topping to almost anything.  Based on some Instagram recommendations and since I had some quesadillas in the freezer, I pulled those out and got ready to make a smutty dinner. 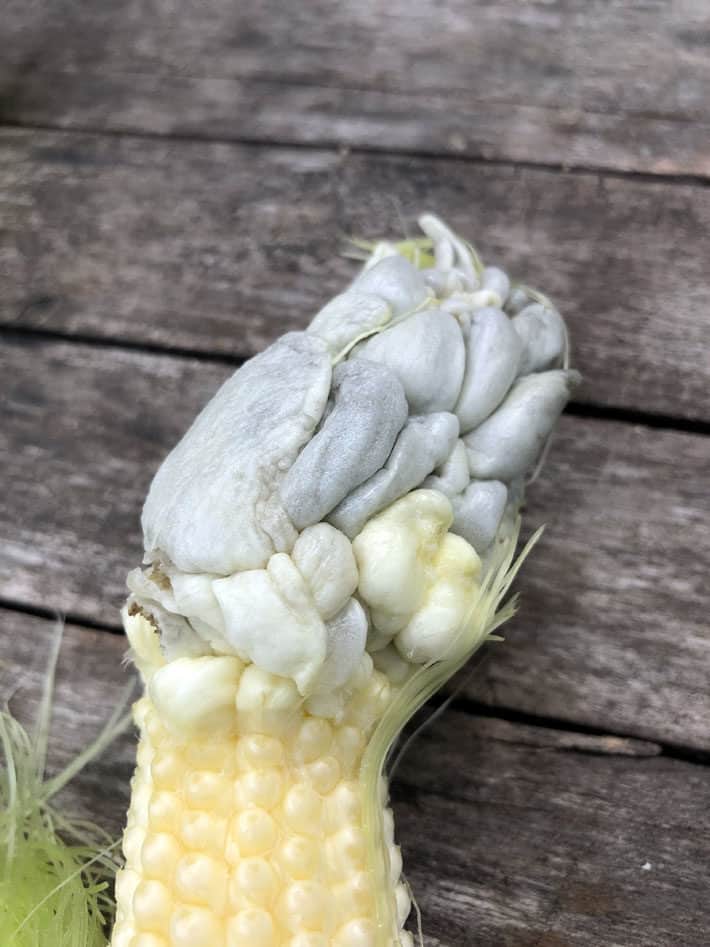 Would you eat this? 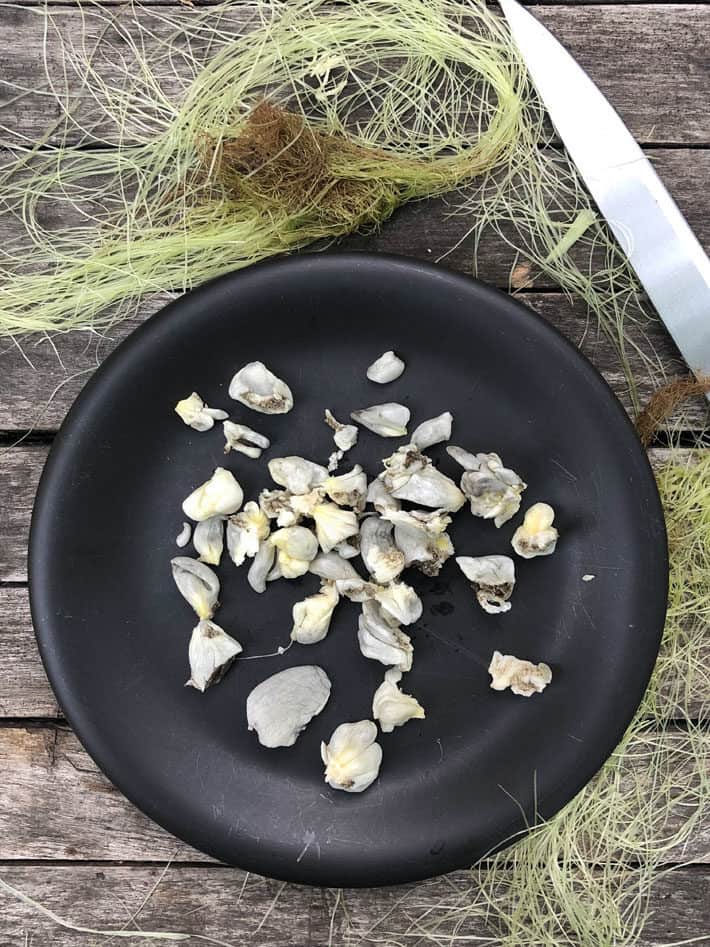 The kernels of fungus (good luck making that sound appetizing on a high end restaurant menu) plucked off the cob easily.

They were quite black on the inside, similar to the gills of a mushroom.  The outside of the fungus was a light grey with varying shades of grey throughout.  This smut was around 50 shades of grey. 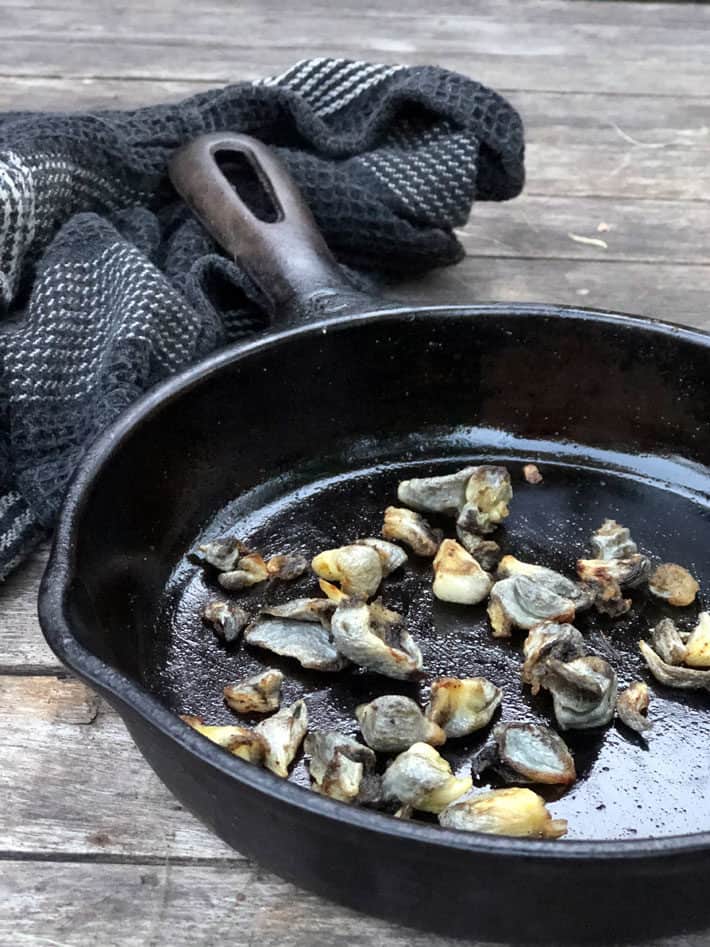 I sautéed my smut in butter, as one does, and then opened up one of my premade quesadillas and stuck them in.  I then reheated everything in the oven and got ready  to muster up the courage to eat it. 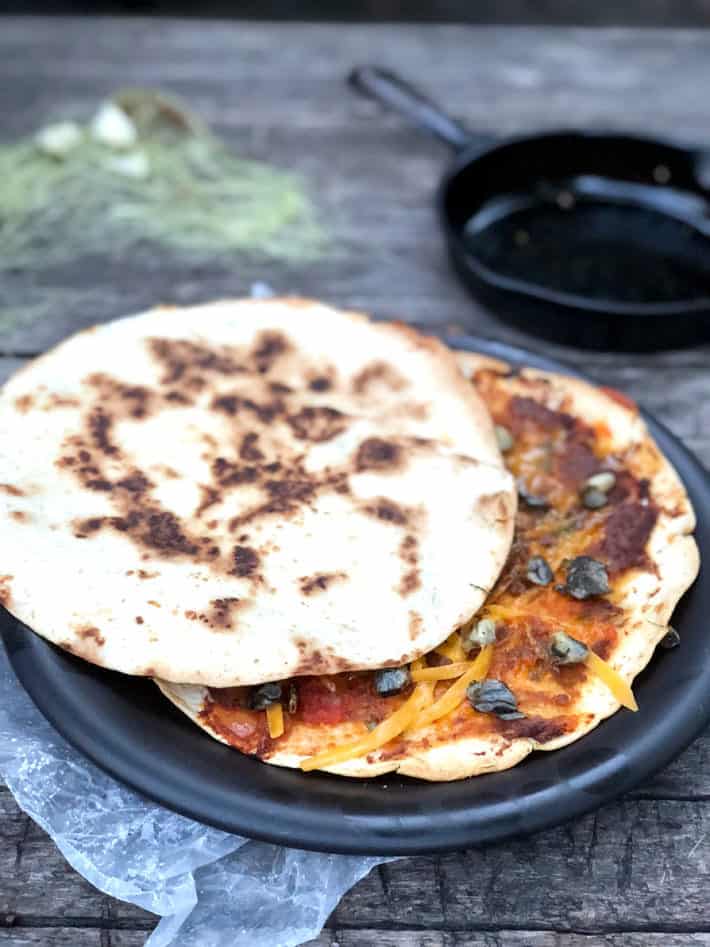 Before eating the quesadilla I plucked a couple of smuts out of the pan and ate them.  They didn't taste like much of anything.  Since reading on Google that the taste was "indescribable" I was getting ready to come up with all kinds of wonderful adjectives to describe the tastes.  After eating a couple I realized the taste is indescribable because it's hard to describe what nothing tastes like.

I cut my quesadilla into slices and ate it for dinner.  I started to feel a bit queasy after the first couple of bites. The smut didn't taste of very much but they have the same texture as ... mushrooms.  Which as everyone knows is the same disgusting texture as tongue. Or warts.  But mainly my aversion to corn smut was entirely psychological. It's ugly.  Ugly enough to convince my stomach it's also poisonous even though it isn't.

I'm not sure what it is that has chefs raving about corn smut. I suspect it's the fact that smut is rare in North America because it only happens spontaneously and we always put more value on things that are rare.

Personally?  I'd rather eat a common cob of corn.

But I couldn't live with myself without trying it because I may never encounter corn smut again. This is the same line of logic that me to try barnacles in the 90's and a spiral perm in the 80's.

If you grow corn or buy corn and see these grey globules growing out of it know that what you're witnessing is a rare pheomenon.