When I was 16 I got a spiral perm. A big, Twisted Sister, spiral perm that screeched out of my head like a car wreck.  What hair calamity have you had? 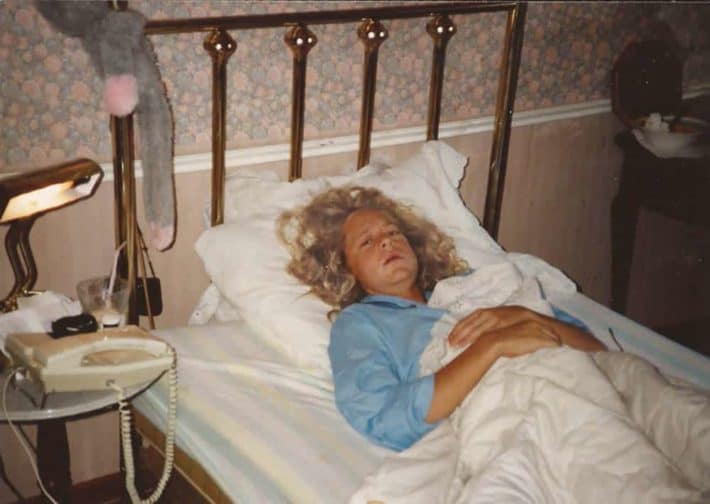 I was 17 years old and in high school.  My room was still in the decorating style of Holly Hobby that my mother surprised me with when I came home from school one day in grade 6.  I wanted a white and green room with spider plants. I had told her this. We discussed it. She screwed it up.

She decided a mini floral (not even a big, cool Laura Ashley one) in dusty rose and grey was a very similar look to the contemporary white and green theme my 12-year-old self had envisioned. I lived with that Holly Hobby chintz until I started University. I hated it. But not as much as the spiral perm.

I'm thinking back trying to imagine who I was trying to emulate with this spiral perm. I mean, I know it wasn't Dee Snider. Madonna? Julia Roberts? Molly Ringwald? I have no idea. All I know is I got a spiral perm, I did in fact look like Dee Snider, I attempted to straighten my hair with a drug store hair relaxer meant for not only people of colour, but also people who knew what they were doing.

And then I got my wisdom teeth taken out.  Then I barfed.  Here's how that went down.

A few days after the perm and the debacle of trying to wash it out and then applying a straightener (which turned my hair into candy floss) I had all 4 of my wisdom teeth removed.  I barfed the moment I got home from the surgery, went to bed and woke up a day later with an abscess.

So now, not only did I have a spiral perm exploding out of my head, my face had swollen up like a watermelon going into renal failure. From this swollen head I had a mass of straight/curly/fuzzy hair not unlike Animal from the Muppets. I was winning.

I could have had all my hair cut off. It would have been less of an assault on the eyes to be bald, but I kept my hair.  Because a) I, like most 17-year-old girls, spent more time with my hair than any of my other friends, b) I deluded myself into thinking it wasn't that noticeable and c) maybe it really did give me just an "essence" of Julia Roberts. Slightly disheveled Julia Roberts. Julia Roberts who'd been into the whiskey cabinet.

Years went by before my hair texture was normal from top to bottom. Let this act as a warning to you since perms have made a resurgence. No. Just no.

My sister Pink Tool Belt had a similar perm in the 80's. Her 5-year-old son looked at her newly twirling hair, burst into tears and told her it looked like a bunch of swear words on her head.

My family doctor - proving being school smart doesn't mean that you're hair smart - also opted for a perm when she was a young mother. Immediately realizing her mistake, she also figured she was smart enough to straighten her own hair. What she ended up with was (and these are her exact words) "A head full of pubic hair that stuck straight out from my scalp."  She sheepishly went back to the stylist who gave her the perm and said she thought she'd like it cut. She said this while staring at her feet.

I imagine poor Dr. Woods standing in her hairstylists shop, with a halo of cotton candy surrounding her face, a small child constantly asking her to spin around while he sticks a paper cone into it.

I never tried to perm my hair again. I don't think that should come as a surprise to you. In fact, I didn't try to curl it again until a few months ago when I, again, inspired by one of the world's most beautiful women, Charlize Theron, thought with the twist of a lock, I could look exactly like her. 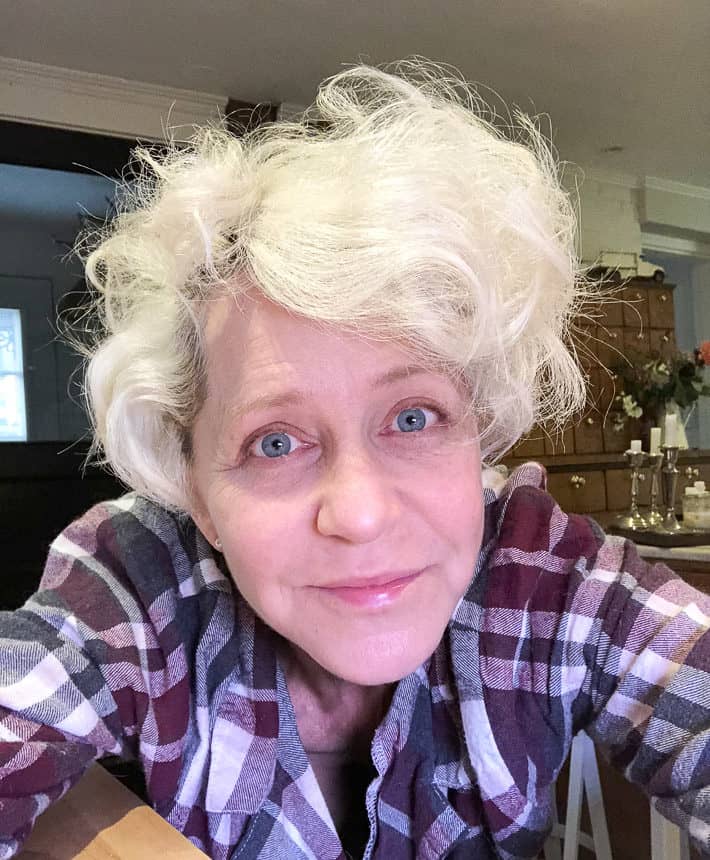 As I've mentioned, I ended up looking like Barbara Bush on crack at a hoe down.

What about you?  What is YOUR hair disaster story?  I know you have one. Don't be embarrassed.  We've all been there. In fact, I've been there a few times.