Home » Design » Style at Home Getting my house magazine ready.

Style at Home
Getting my house magazine ready. 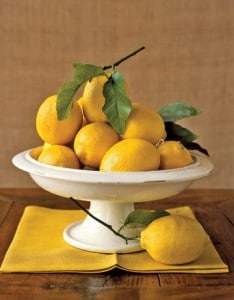 My house is going to be in Style at Home magazine and I feel like a complete fraud.  I am NOT the sort of person whose house appears in a respected decorating magazine.  I don’t have a decorator or a cleaning woman or even properly matching bathroom towels.  And I don’t have a bowl of lemons in the middle of my kitchen table.  HOW AM I SUPPOSED TO BE IN A DECORATING MAGAZINE WITHOUT A BOWL OF LEMONS????!

People who have their homes in magazines have all of these things.  At least in my mind they do.  Isn’t that what you think?  Oh God, this is going to be a disaster.  A complete disaster I tell you.

Although I did a pretty darn good job of cleaning up my house during “The Great – I’ve Gone Crazy in the Head – House Purge of 2009“, I didn’t exactly get to every room in the house.  The kitchen would be a perfect example of one of the rooms I didn’t get to.  I did install a new window and managed to prime all of my walls.  Then I got distracted by all of the fine fall television programming and that was that.  The television in my living room looks like something my neighbour, Fred Flintstone dropped off,  by the way.  Definitely not magazine worthy.

So I compiled a list of things that I absolutely had to do before the gaggle of people from Style at Home magazine came to shoot my house for their September issue.  They’re all things that most people need to get to eventually, I’d just been given a little push.  A shove actually.  Well, it would probably be best to describe it as a gigantic, body rattling tackle by someone wearing grappling gloves.

A quick run through of my house confirmed my worst fears.  I’d actually been living in squalor.  And these were the things that needed to be done to make it magazine ready: 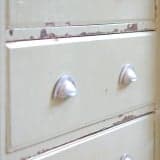 1. Paint all of my kitchen cupboards. 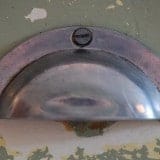 2. Remove and clean all of my kitchen cupboard handles. 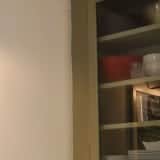 3. Decide whether to paint or wallpaper my kitchen, and do as decided. 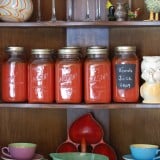 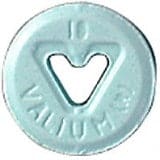 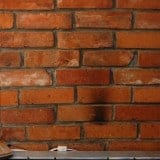 7. Paint the grease covered faux brick wall behind my stove. 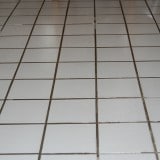 8. Find some kind of miraculous one piece flooring that I can lay down over my ugly, broken ceramic tile floor. 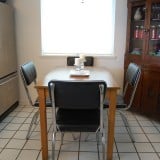 9. Get a new kitchen table. Thinkin' antique Carrera marble top on antique pine pedestal base. Or ya know, something from Ikea. 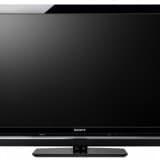 10. Finally decide between LCD and Plasma television for the living room. Also decide where to put it 'cause I refuse to put it over the fireplace. 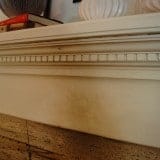 11. Attempt to clean smoke marks on mantle in an effort to avoid re-painting. 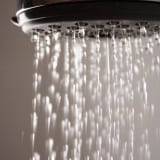 12. At this point, I may or may not have the opportunity to bathe.

In 2 weeks.  Style at Home gave me a 2 week time frame to get my house in order.  So to speak.   2 weeks to complete all of this, plus the regular cleaning, dusting, vacuuming and spit shining.  I don’t think I have enough spit. I don’t think the NHL has enough spit.