It's winter in Canada and I'm eating tomatoes that I pick every day from my kitchen counter.  They're growing right next to my pepper grinder actually.  HOW WEIRD IS THAT???!!! 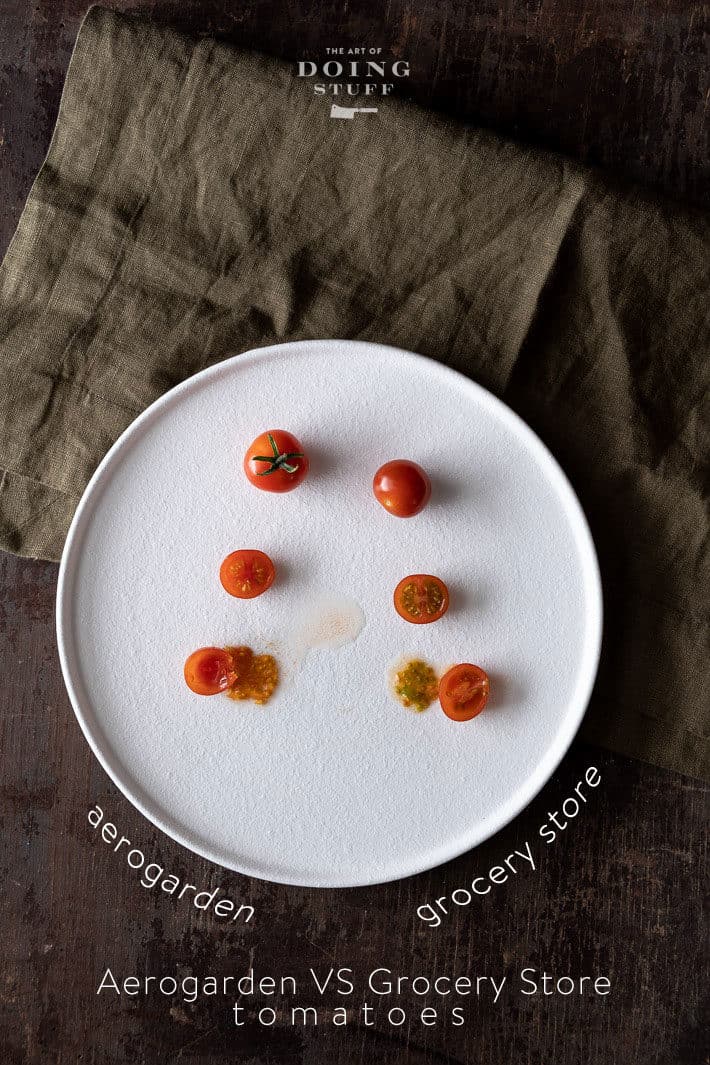 Alrighty, it's winter and I'm eating tomatoes!  Which is a very strange feeling because I don't normally eat tomatoes in the winter.  Unusual, I know.  Normally I can't say enough good things about the taste of sawdust soaked in water.  I guess I just don't like it in tomato. ¯\_(ツ)_/¯

To combat sawdust tomato mouth I bought an Aerogarden last year.  If you don't know what that is or how it works you should read this post that I wrote a while ago.

A little over 3 months ago I planted tomato seeds in my Aerogarden.  This is what it looks like now. 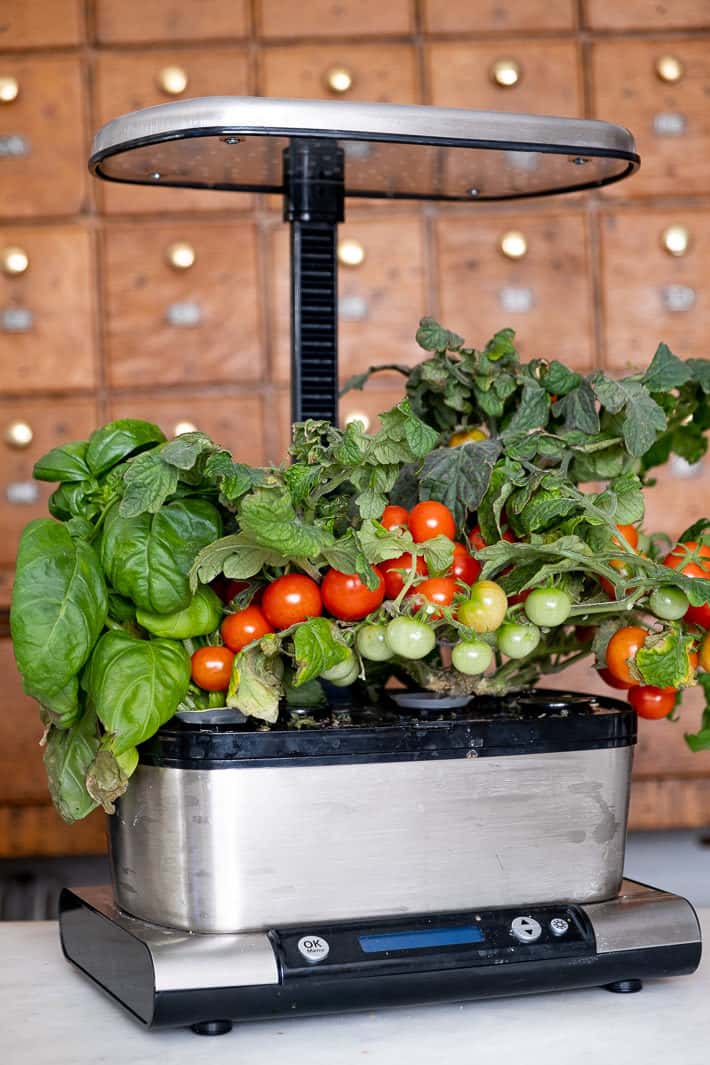 It's bursting with tomatoes.  BURSTING I SAY!  (I'm being pretty deliberate about the actual word "bursting" for a reason.) 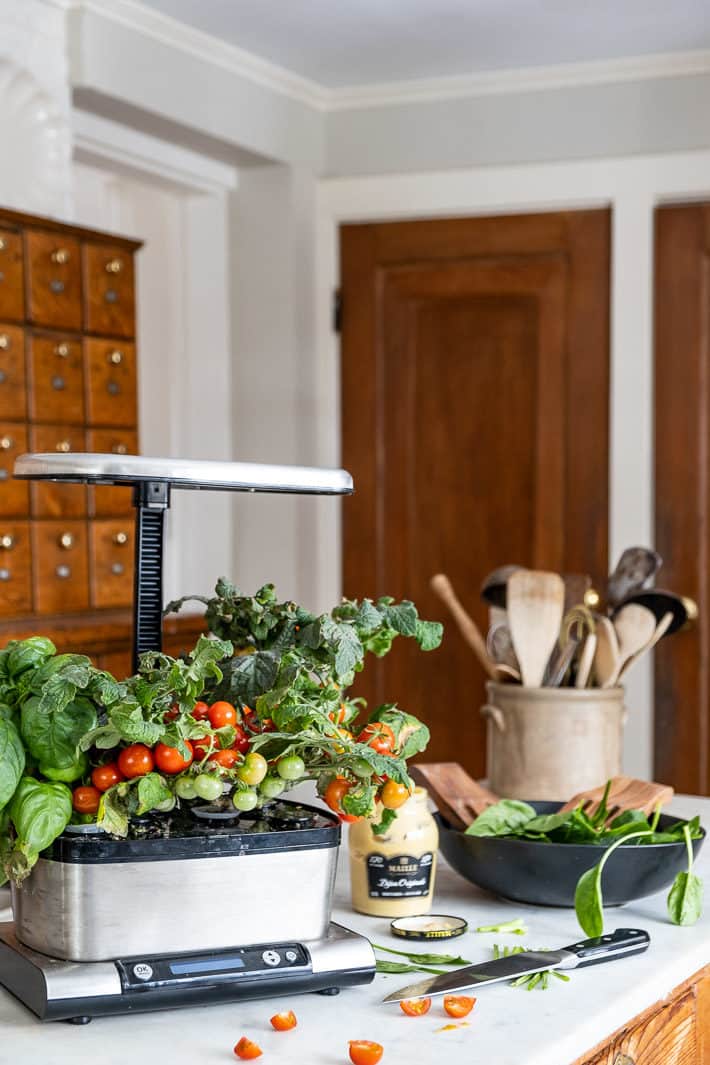 I started counting how many ripe tomatoes I had on this one plant - yes that's one little plant - but stopped at 50 because I was getting bored.  And that's just the ripe ones, there are manyyyyyyyy more that still need to ripen.

But this story wasn't smooth sailing.  Like any good story it has a beginning, a middle, an end AND a moment of surprise climactic tension! 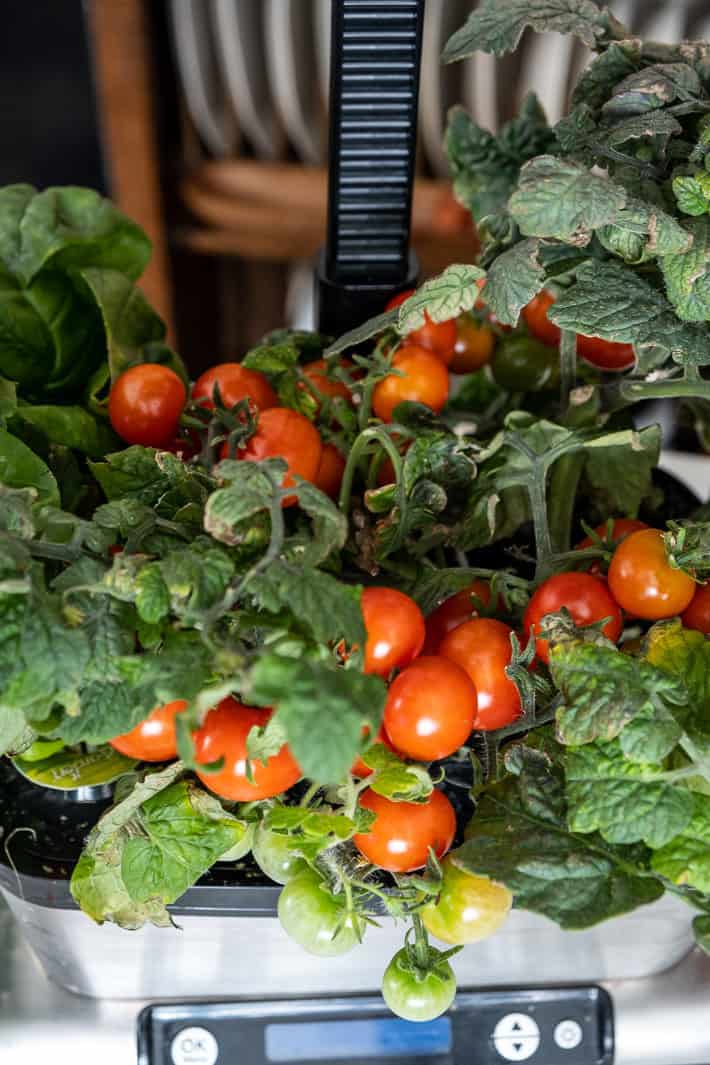 I'm going about my business one day (working, writing, taking pictures, wondering if turbans a la Alexis Carrington on Dynasty will ever make a comeback)  when my niece shows up at my door. She's decided she's going to make a point of making time for visiting more this year.

She came in walked around, had a seat, talked a bit and on the way out reached her hand towards my Aerogarden tomatoes to snatch one.

At this point everything in my world went into slow motion.

Her hand, poised right over the nearest tomato, fingers dangling just a breath over it - stopped.

We stared at each other frozen in position, not moving, not even breathing.

Me:  (staring incredulously at her)

Her:   I don't know why I did that. (mouth full, tomato seeds burbling out of her lips)

Then she zips her coat up, turns on her heels and calls over her shoulder as she's walking out the door, "Those tomatoes aren't very good, they have no flavour!" and slams the door behind her.

You'll be surprised to hear that my niece is still walking the earth.  I can't comment on whether or not her fingers are broken.

I didn't want her to eat a tomato because I wasn't eating any of the tomatoes so the picture I was taking the next day would be perfect.  In case you didn't get that from my outline of the exchange.

So if the tomatoes on the plant look unbalanced in the photos you can blame her. 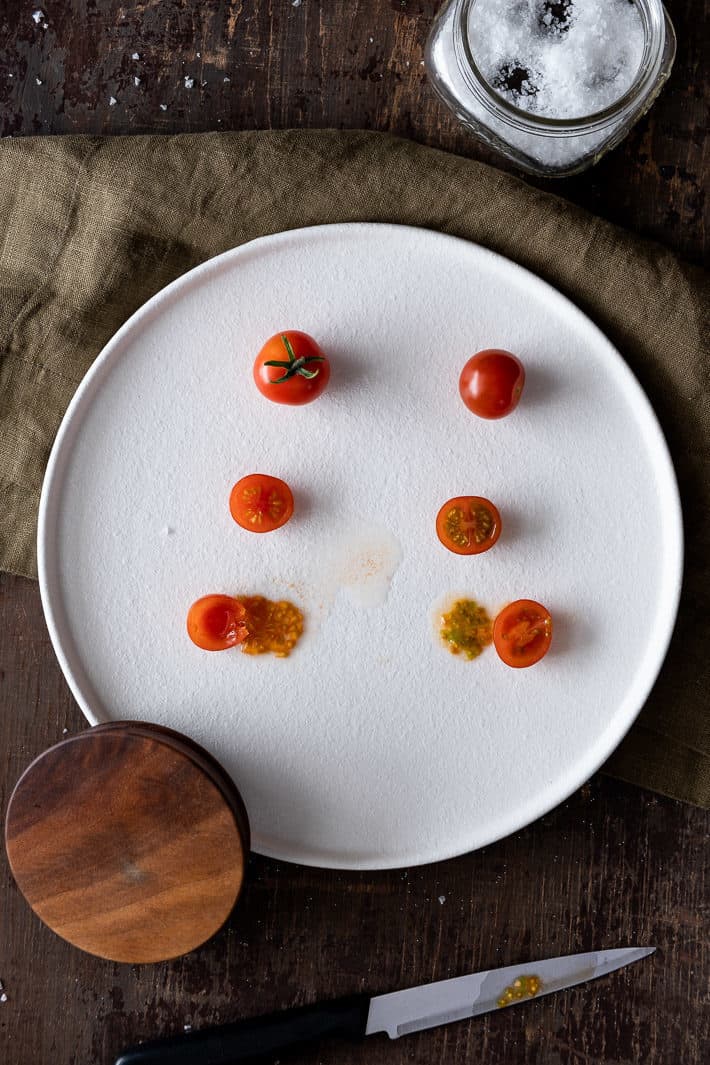 Aerogarden tomatoes (on the left of photo)

cost:  I'm going to call them free even though an Aerogarden is an expensive initial investment.

Grocery Store tomatoes (on the right of photo)

cost: about $4 for a small container.

This all makes sense since grocery store tomatoes are bred to ship well.  That means, thicker skins, thicker walls and less juice.  A  homegrown heirloom tomato traditionally has a thinner skin and more juice which makes them kind of explode in your mouth.  That isn't a quality that would do well for a tomato that's being trucked and thrown around from producer to shipping company to grocery store.

Plan going forward?  I'm going to start another plant with one of MY tomato seeds that I know produces flavourful tomatoes.   Something like a Black Cherry maybe.  And I plannnnnnn to do it this summer.  So I can track the side by side progress of two identical tomato varieties. One grown outside, and one grown in an Aerogarden.

Because that's how I have fun when I'm not fashioning turbans and breaking fingers. 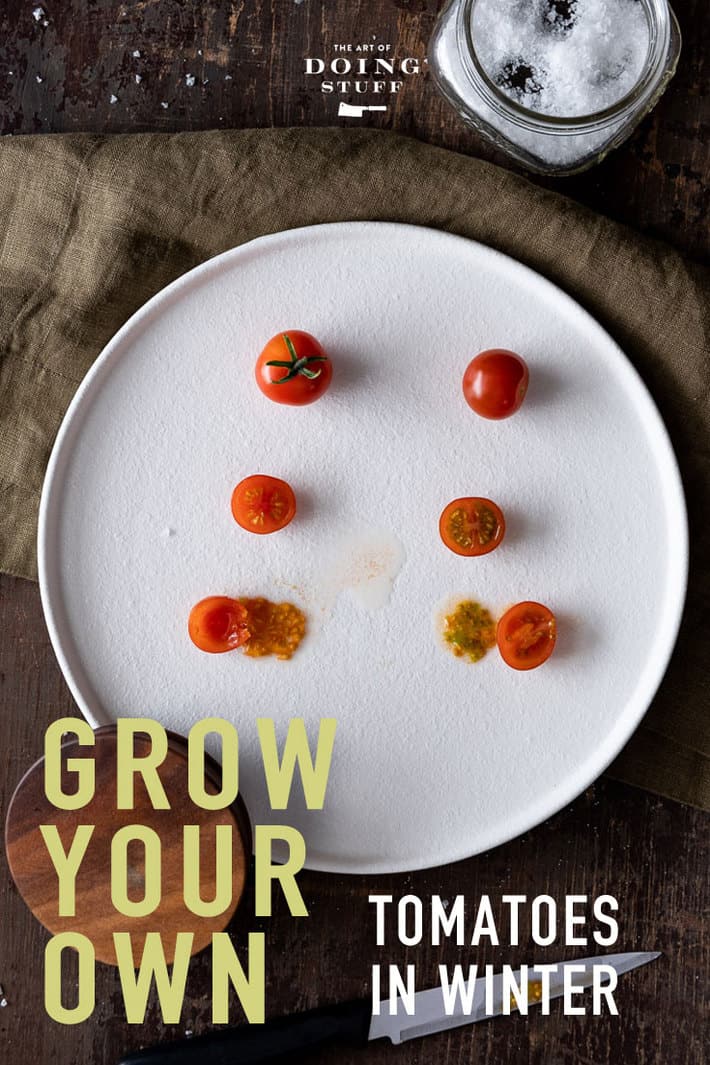