Thai Butternut Squash Soup
I didn’t love it. But my mom did!

My mom buys cookbooks.  She *loves* cookbooks.  Now keep in mind, she doesn’t use them for cooking per se.  They’re more  for  entertainment purposes.  She likes the pretty pictures and has a love of food so deep that she enjoys just reading about it.

The actual cooking part?  Not so much.

Much the same way some people love looking at travel brochures but never actually go on vacation.

She came home from Costco the other day with the “Campbells Cookbook”.  One of many cookbooks Campbells has put out actually.  I even have one.  It’s made out of rock hard cardboard and is in the shape of a soup can.

As she flipped through her evening’s entertainment the way normal people would flip through channels, she squealed.  Well cackled really.  Betty’s more of a cackler.  I was on the phone with her at the time so she proceeded to read the entire recipe and describe the accompanying photos with delight.

I’m gonna make this!, she said.

We both knew she never would.

So a quick Internet search and trip to the grocery store on my part and we have SOUP.

I made the soup.

She was never gonna make the soup.

It’s a Thai Butternut Squash soup.  What really sent my mother into fits was the key ingredient in a lot of Thai cooking; Coconut Milk. I have no idea if that’s the proper spot for a semi-colon, but I’m going with it.  Ditto for the comma after the semi-colon.

Now I’m thinking about colons.  The kind that are in your guts.

Speaking of which, the guts of this soup as I mentioned, is Butternut Squash.  There’s also some fresh ginger, chicken broth, curry, some onion … it really had all the makings of a delicious soup.

It’s a fairly easy recipe.  Peel and dice up your squash. 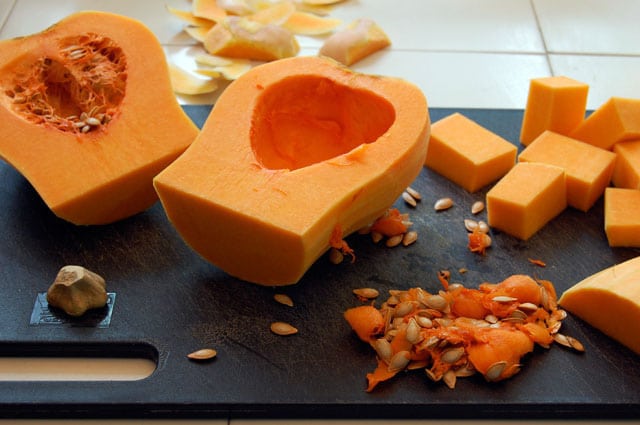 Roast it in the oven with some onions, curry and oil. 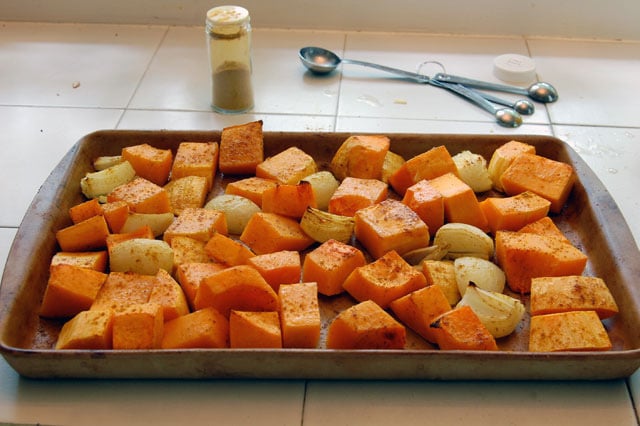 Throw the roasted vegetables along with all the other ingredients into a pot and let it cook. 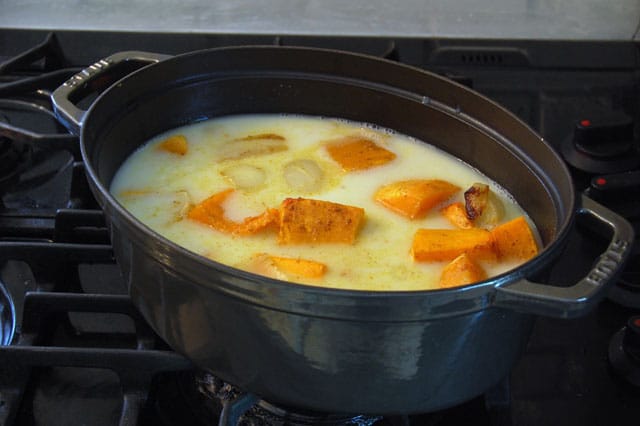 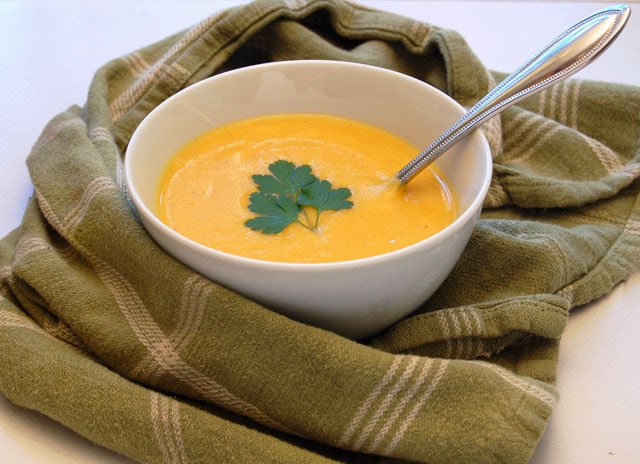 Part of what my mother liked about the soup was how smooth it was. But that was courtesy of the fella’s Vitamix blender.  Not the recipe.

It had such potential this soup.  It really did.  Roasted squash, curry powder, ginger. Mmmmmm.

So why did it taste like bird fart to me?

That might be a bit extreme.  It tasted good I guess, but I was expecting to be blown away by this soup and all I came away with was, Yeah, that was pretty good.

My mother on the other hand loved it.  The fella’s thoughts on it were somewhere between this is the most delicious soup in the world and bird fart.  Which I suppose would mean it tasted like a delicious bird fart to him.

Bird fart soup.  I bet even Nigella Lawson would have trouble selling that one.

If given the choice, I’d take my Szechwan Carrot Soup over this one.  But I’m curious … if my hard core sales job on this soup has worked, as … I’m sure it has … let me know what you think of it.  It was good it just something  you’d be hearing Tony the Tiger endorsing.  It’s not GRRRRRRRRRREAT.