Our first stop in Thailand was Bangkok. A maniacal city filled with buildings, protesters and funny smells.

But the most noticeable thing is the food. Food is EVERYWHERE. Streets and sidewalks are filled with vendors and gangs of scooter riding hungry people.  All of them buying, eating, selling or transporting food.

One of our first visits in Thailand was to the Risky Market in Bangkok, aptly named for the fact that a train runs straight through the market several times a day.  The vendors set up shop right on the rail lines and when those rails start vibrating they all grab their tables and pull them out of the way.

Thailand’s not what you’d call real strict when it comes to safety and codes and such.

Oddly enough, the train running through the market with vendors throwing whole plucked ducks up into the air isn’t the most noticeable thing about the market.  It’s how beautifully it’s all packaged and presented.

Raw fish, meat and poultry hanging in all its naked glory, flies roaming in and out.  One of our tour guides said Thai people have iron stomaches.  It’s no wonder.  They’ve been in bacterial training since birth. 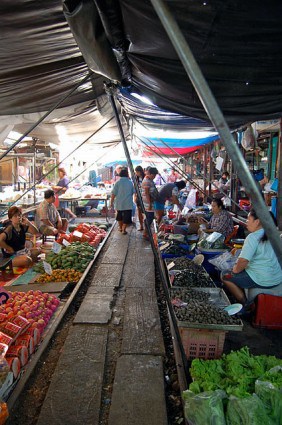 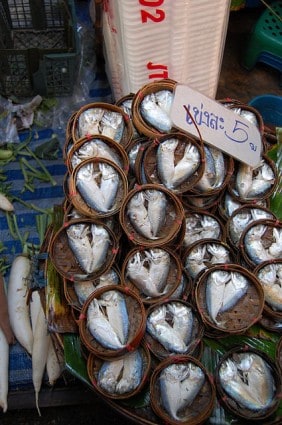 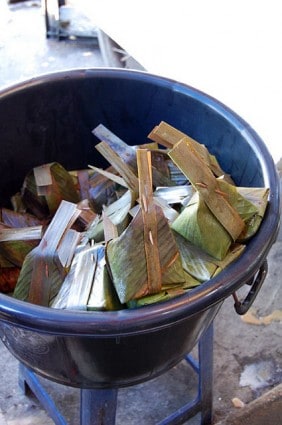 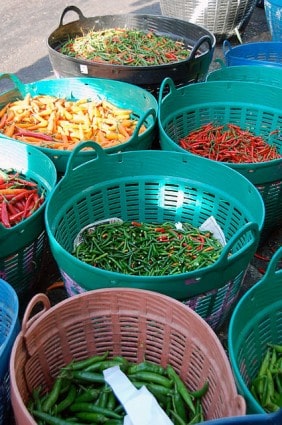 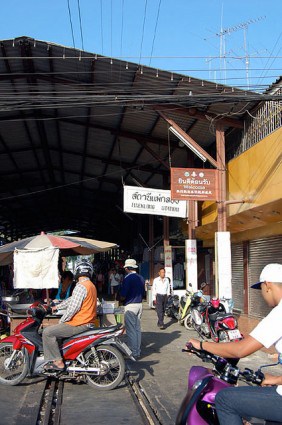 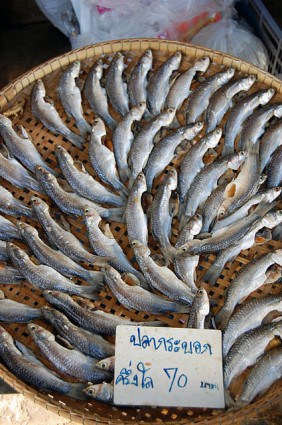 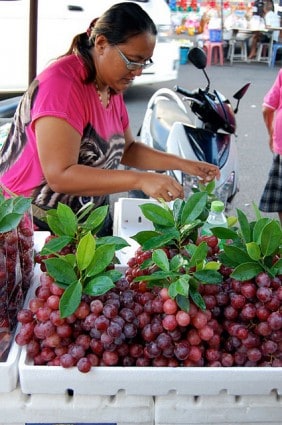 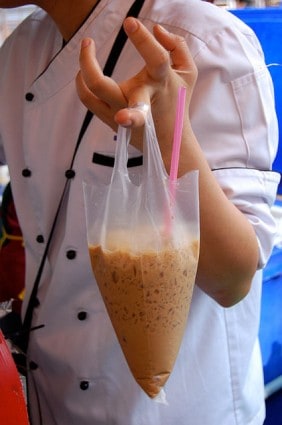 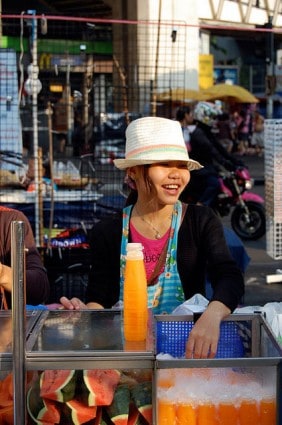 Drinks get served in bags with a straw, as you can see in the second to last picture. That one there is a cold tea. I got a hot tea that was called “Red Tea” that tasted spicy almost like a Chia tea. It had nothing added to it other than sweetened condensed milk and regular milk. It was delicious enough to make me consider skipping one of my 300 daily coffees in favour of it.

Speaking of 300 coffees, did you know that public restrooms in Thailand don’t have toilet paper? You have to bring your own. Which none of us knew.

No toilet paper, many teas, several coffees and bacteria floating around like dust in a shaft of light. Risky market indeed.