The Art of …
Fixing Shoes Filled with Foot Stink

A sweaty footed Art of Doing Stuff reader shot me an email a while ago. She had a secret. A deep, dark, bacteria filled secret.

At least that’s how I would imagine it if I were to imagine stink filled leather shoes in the middle of summer.  If I were to imagine it.  In my head.  And … thankfully … I am of the “creative” persuasion so I have no problem imagining things like that.  Just making stuff up out of the blue.  It’s a gift, really.

O.K. fine … I’m not “imagining” it.  I’m smelling it at this very moment.  I TOO have a shoe that smells as though a  dinosaur with intestinal issues just threw it up.

So, sweaty footed fan (who would like to remain anonymous … can you blame her?) wanted to know how to get the stink out.

Your leather shoes stink because they get moist from your sweaty feet and bacteria grows.  Making sure you let your shoes dry out between wearings will help reduce the stink.

After browsing the Internet and my own brain for a few days I came up with what I believed were 2 plausible remedies.

1.  Sticking the shoes in the freezer to slow down/kill the bacteria (which is what causes the stink).

2.  Filling the shoe with Kitty Litter.  I mean … it’s sole purpose in life is to absorb moisture and get rid of stink.  Win, win.

So, I got my own stink filled shoes … 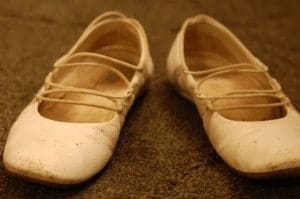 Filled one up with kitty litter … 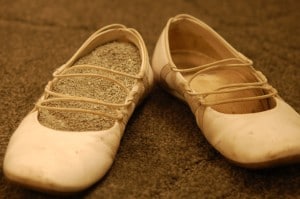 And stuck one in the freezer 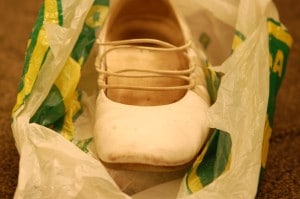 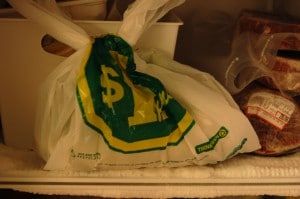 After 24 hours I dumped the litter out of the one shoe and removed the other from the freezer.

These are my conclusions:

Freezer Shoe:  You know when you leave flowers in a vase for too long and the water gets all slimey?

Freezer Shoe:  I can’t accurately report on the smell of the freezer shoe on day 4, but I can tell you all about the smelling salts.

Let us all keep in mind at this point that I get paid nothing to do this blog. Nothing. Nada. Zippola. And yet I’m sniffing potentially vile footwear … free of charge. I must have a screw loose.  And exceptionally terrible business skills.

Freezing your leather footwear will do nothing to get rid of a deep down stink.

Filling your shoes with kitty  litter won’t get rid of the problem completely but will make your shoes as good as new for a few days. If you repeat the process every so often, I’m sure it would markedly improve your shoe stink.

Before I wrap things up, you should know there are risks that come from filling your shoes with litter: 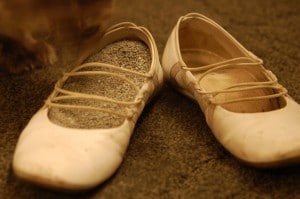 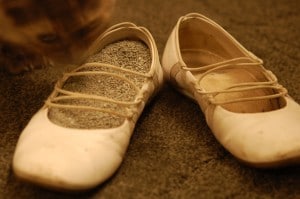