Home » My Life » Me » The Clothing You’ve Saved. You’re a dork like me!Plus an ad network for Canadian bloggers!

Which is a bit of a confusing thing because I’ll tell you right here and now I didn’t think my Michael Jackson jacket was dorky. I thought it was cool. Super-cool. And I knew cool. I really did.

I listen to the Ramones for Godsake. I know cool.

So I’m not sure how at the age of 16 this happened. How I listened to The Jam, Black Flag, AND wore a Michael Jackson jacket. But it did. And I loved it. I still love it. It’s a Michael jackson Beat it jacket for the love of Lululemon. O.K. admittedly, it may not have been cool but who cares.

Worrying about being cool is the mindless indulgence of the young. And the uncool. Hah. Losers. Heh.

That’s the great thing about hitting 40. You just don’t give a shit anymore. I was never a big shit giver, but once I turned 40 I threw caution, and shit to the wind.  You don’t like me?  Suck it. You see my underwear as I bend over gardening? Who gives a crap.

Someone showed up at my house today and it was a mess.  And by mess I mean complete and total disaster. Dishes everywhere, sheets off the bed, accessories all over every table and floor space because I was rearranging things. And I didn’t care. I couldn’t care. I was busy and had work to do and the person visiting knows I work from the house so … I just didn’t care.

I *did* apologize for the mess. I mean I’m not a complete heathen.

But a few years ago that sort of thing would have mortified me. Not anymore. Cause I’m older. I’m Fortyfied.

And I don’t give a shit. Did I mention that.

SO. Clearly you people are the same, or else you wouldn’t have had the guts and courage to send in these photos. Last week I called upon you to send me in pictures of an article of clothing you’ve saved since your youth. Something that was so in style/out of style/ridiculous/beautiful that you simply couldn’t get rid of it. It’s a memory and you have every right to hold onto it.

Unless you’re Tara’s husband. In which case you should really burn these things … 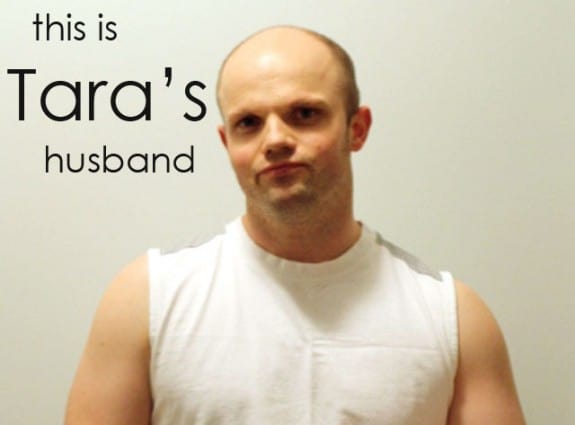 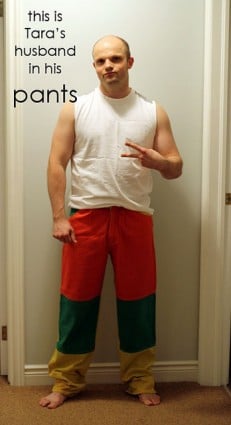 He got these spectacular pants in school.  Clearly it wasn’t fashion school. 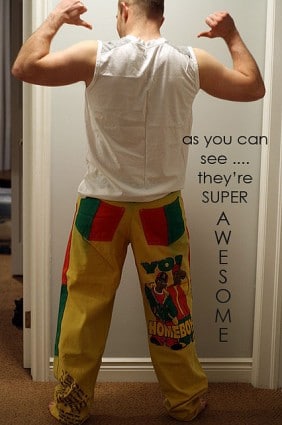 He refuses to ever get rid of them. 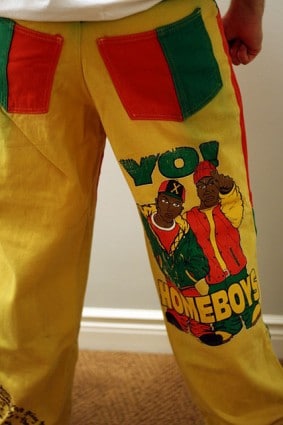 Beth worked at a clothing store, where she bought things like this … 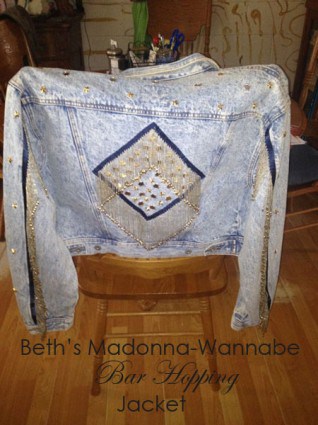 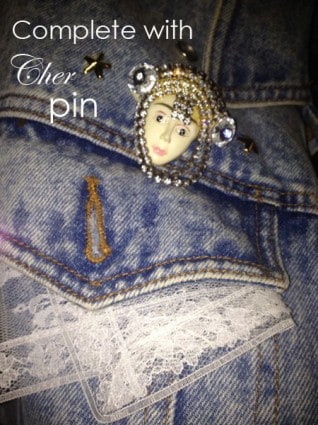 Eszter says … “I bought these 80’s leather pants at a garage sale for 30$ from someone who should have not sold them. They were awesome in the 80’s, cool in the 90’s and hot in the aughts..

I took this photo of myself while the husband was coaching pony league baseball and I was supposed to be making dinner. I have actually not worn pants other than sweats for the last few years so I figured he would love seeing me all dolled up when he got home. But I haven’t worn high heels in who knows how long so I tripped while I was juggling dinner-making and this ‘photo shoot’ with the salad bowl and shattered it on the kitchen floor. When coach got home I was vacuuming in this very outfit. I think he did a double take. :) so thanks for your post!” 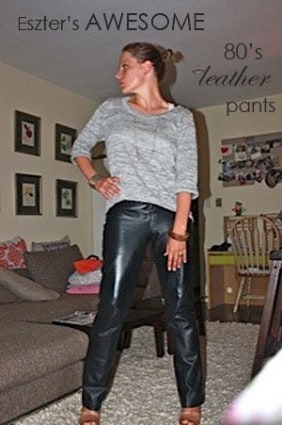 Debbie bought this tunic when she was stationed  in the Middle East in the late 70’s.  It’s all hand beaded and sewn and reminds her of a wonderful time in her life.  She has NEVER worn it.

Laura’s lumber jacket.  Otherwise known as the Canadian dinner jacket.  She wore it then … she wears it now.  But only on special occasions.  Like when she’s pretending to know how to drum.

Sarah works in construction.  So obviously … not a lot of need for pointe shoes in that industry.   Yet … 12 years after last using them she still has them.  And will never, EVER get rid of them.  Neither would I.  Dirty old pointe shoes are pretty.  And the toes work well as a hammer in a pinch.

Pretty sure Simon doesn’t wear his stuffed doll, but he’ll never toss it.  In fact, it didn’t look like Mr. T when he bought it.  It was just a regular doll.  He had a friend “doll” it up to make it look like Mr. T.  Simon seems like an interesting fellow. 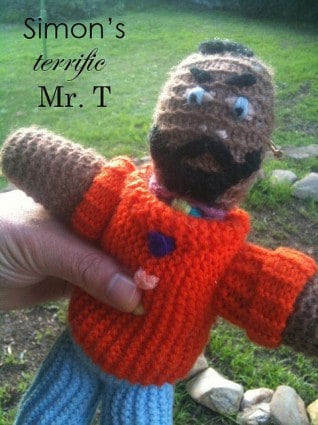 Jamie says … “Why yes, 1989 WAS a great year, and fuchsia IS a beautiful color and lace…well hell, that’s just a lot of lace!!!   The very funny thing is I was just thinking to myself not 2 days ago, “Hmm, wonder if I could get that dress on?”  Saying it was on might be pushing it a little bit, :)  And I too, think I should wear it always, in fact I think I’ll wear it grocery shopping this afternoon…But that’s mostly out of necessity, since I can’t get it off now..” 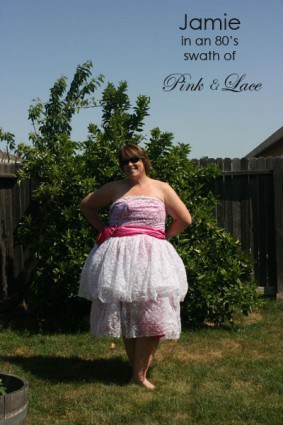 Karin bought this top in Italy.  As you can see … it’s a top.  She wore it as a dress.  She no longer wears it as a top or a dress.  But she keeps it to remind her of a time when she could wear a top as a dress. 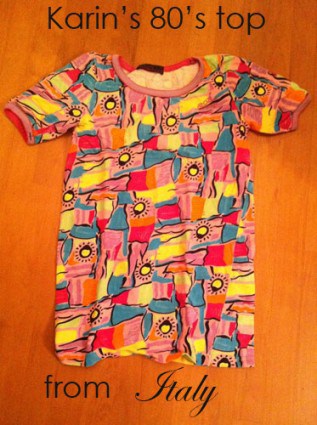 These are Susan’s grass green show chaps.  She never really liked them.  Thought they were kind of bright.  But her father had them made for her thinking they would get the attention of the judges in the ring.  Her father’s now gone, so the chaps will always stay. 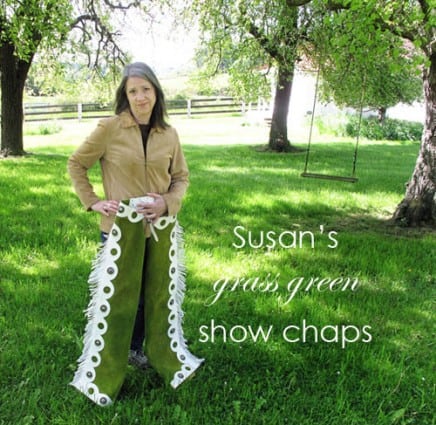 These, I am horrified to tell you, are my sister’s shoes.  She got them in 1972 when she was in grade 7.  I’m embarrassed to inform you they were not part of a clown costume. 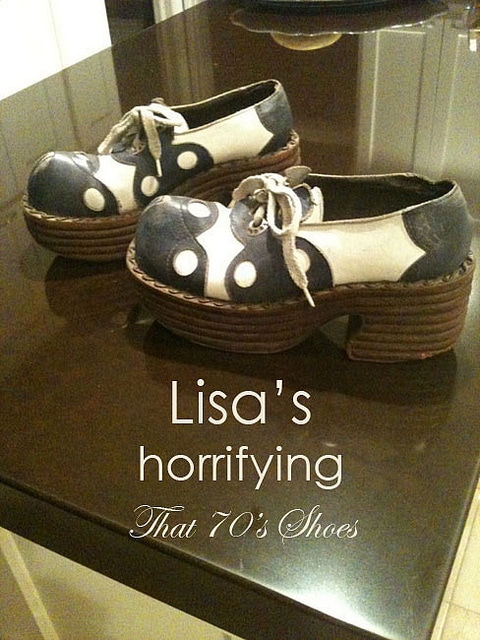