The four corners of the kitchen.
My Tap & Sink

Technically this is not a corner of my kitchen. I wanted to put that out there before someone emailed me telling me that a straight line does not make a corner. But, the tap and sink are a much bigger part of the kitchen than the actual corner which is just a doorway that leads into the dining room.

A dining room filled with unicorns, dancing bears and a spinning Alec Baldwin. Obviously you can see why I’ve gone with the sink and taps for today’s post. Far more entertaining than another spinning Baldwin.

The sink is a deep white Kohler sink from Home Depot. It weighs about the same as a spinning Baldwin. It’s an enamel coated, cast iron sink and I love it. 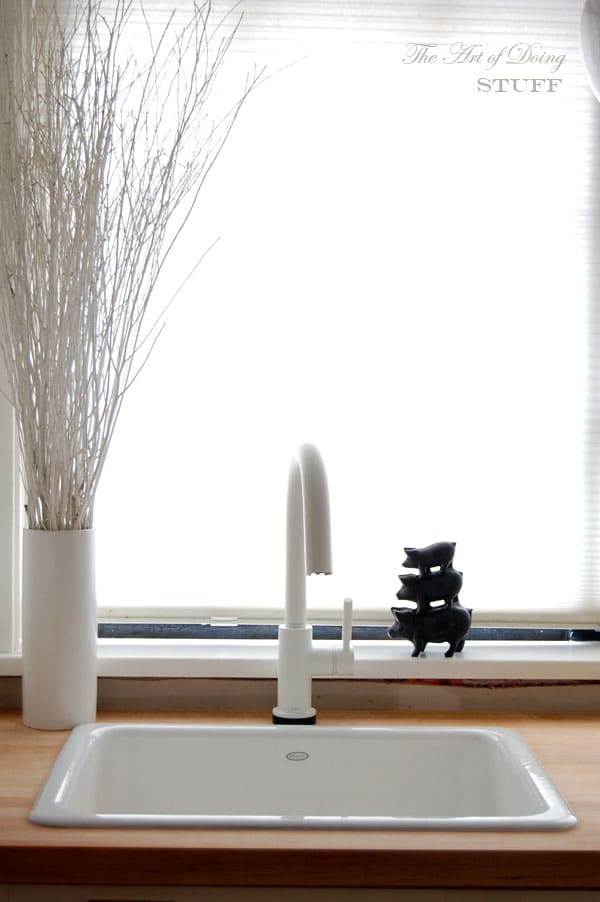 You’ll have to excuse the raw drywall behind the sink.  I still have to finish that with a bit of a backsplash.

This particular Kohler sink can be installed as either a drop in or undermount sink. To me, a big cast iron sink should be installed the way it originally would have been installed back in the olden days, which is dropped in.  Chances are there’d also be a recently shot headless rabbit in it, but there’s a limit to how far I’ll go in terms of nostalgia.

I ordered this sink sight unseen.  I wanted cast iron, I wanted white, I wanted a single sink this size.  Take all those things, add them up, and the Kohler Iron/Tones was the sink for me.  So I was really, really happy when it showed up and I loved it even more in person.  The cast iron has a waviness to it that makes it look like a genuinely old, sink with character. 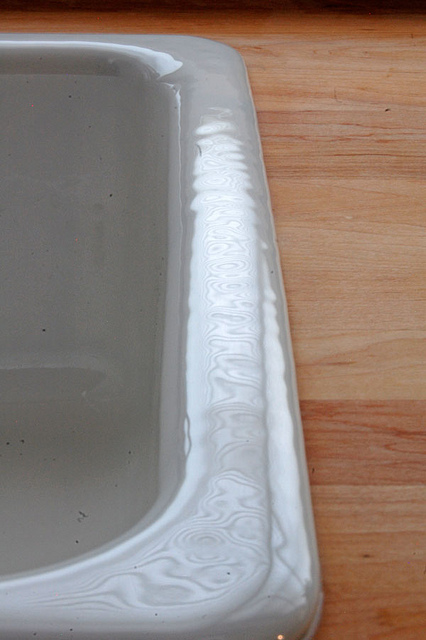 My sink isn’t dirty by the way. My camera lens is. 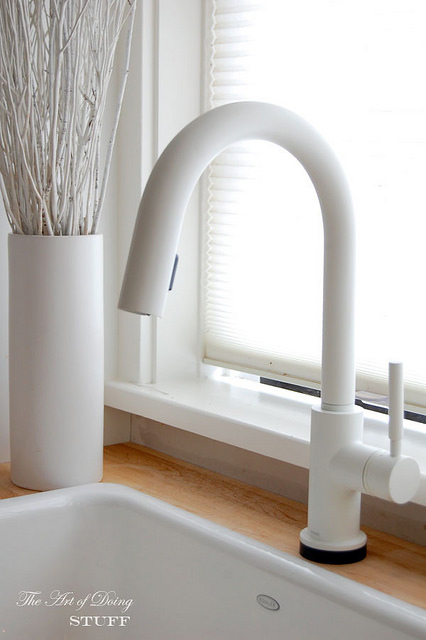 Just set the temperature that you like and leave it. To turn the water on or off all you have to do is tap anywhere on the faucet. The head, the base or the shaft. Anywhere you touch it it gets turned on. 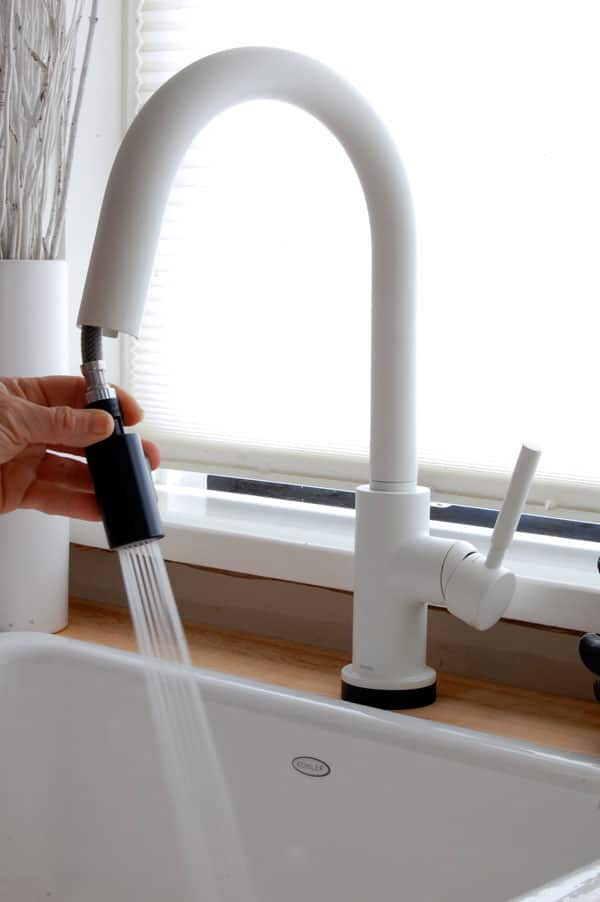 Plus it has this pull out sprayer that is completely hidden inside the tap when not in use.

Back to the sink for a second, my favourite part about it is the strainer … 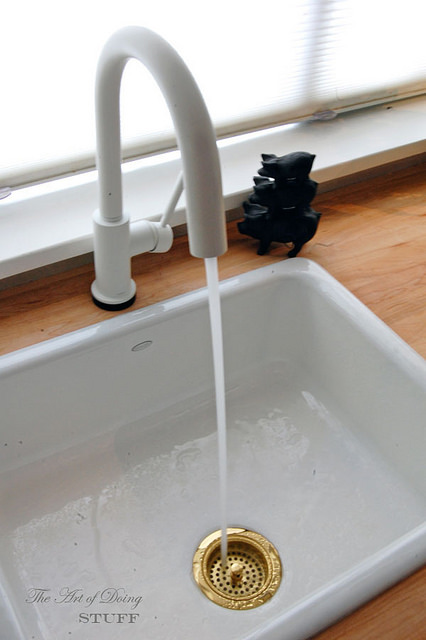 Yep.  It’s gold.  Well, brass actually.  Everyone who has come into this kitchen has gone NUTS over that strainer.  I mean, I hang with some pretty rough crowds; people who buy imported fruit and don’t recycle.  Hooligans basically.  So for them to notice a strainer says something.

The other thing people have wondered is whether my sink is in backwards.  And it is.  Or at least it might be.  The strainer, you see, is normally at the back of the sink.

And here is your lesson for the day.  Don’t just blindly follow the rules, do what makes sense.  If I had installed my sink the way it was “supposed” to be installed the water coming out of the faucet wouldn’t have even come close to the drain.  By turning the sink around, the water runs into it perfectly.  Which is what you want.    There was no changing where my faucet was, it couldn’t be moved back any further so it was the sink that was going to have to move.

I intended to include a video with today’s post showing me turning my faucet on and off.   But I didn’t have enough time to get it edited, so watch for that coming up in the next week or so.   It’ll be more entertaining than you think.  More entertaining than a spinning Baldwin anyway.