I mentioned a while ago that I was going to be speaking at the BlogPodium conference in Toronto this fall.

My topic of expertise?

Money.  The Art of Monetization:  how to make money from your website.

So really, if you want to make money from your website the first thing you need to do is get readers to your site.  I have a few tricks for that which I’m going to talk about at the conference but I’m ready to try something new.

And I need your help. 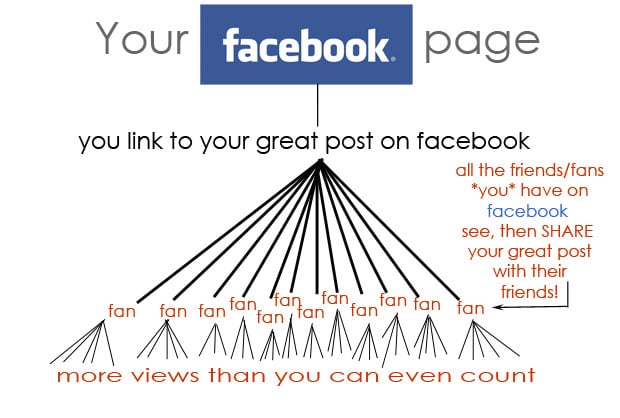 I  have now reached a largeish enough number of Facebook fans that I can start experimenting with using Facebook as a tool to increase my readership.  Which in turn, will increase my income.

I currently have 10,000 Facebook fans.  If every one of those fans shared one post, once a week the potential for increased readers and income is immense!  Just one share from each person a week! (because of weird complicated issues with Facebook chances of your entire fan base seeing one post is almost impossible … that’s why the goal of one in 10,000 sharing once a week as opposed to once a day)

And this is where I need your help with this experiment.

If you aren’t a fan of my Facebook page, you’re exempt.  Or you can take part in the experiment by becoming an Art of Doing Stuff Facebook fan by clicking  here and liking my Facebook page.

Then all you have to do is go to my Facebook page and “share” any of my past posts.  To do that you just click on the button that says “share”. Just scroll down the page until you come to a post you thought was particularly good and click the “share” button.  That’s it.  I’d probably recommend the Painted Logs post, or the How to Fix a Sick Chicken because they’re the most recent and easiest to get to.  Just pick whichever one you think YOUR friends will like the most.

I’ll be tracking the results in Google Analytics (a number crunching and analyzing program from Google) and will then share the results with you and those people who are attending the conference.

I apologize for the lack of hilarity in this post but money and readers are no laughing matter.  Unless the reader is wearing a crocheted suit.  A crocheted suit is always funny.