Home » Everything Else » The Winners!

As the comments were coming in for last week’s contest to win a copy of Canadian Living featuring my kitchen it became more and more obvious why Canadians are pretty much universally liked around the world.

And it’s not just ’cause we have a cute accent and introduced you to poutine. A huge amount of readers from Canada said they wanted to give up their entry so the Americans had a better chance of winning.  They reasoned that they can just go out and buy a copy of the magazine if they didn’t win, whereas the Americans couldn’t.

I don’t know why we don’t fly more flags on our houses in Canada. 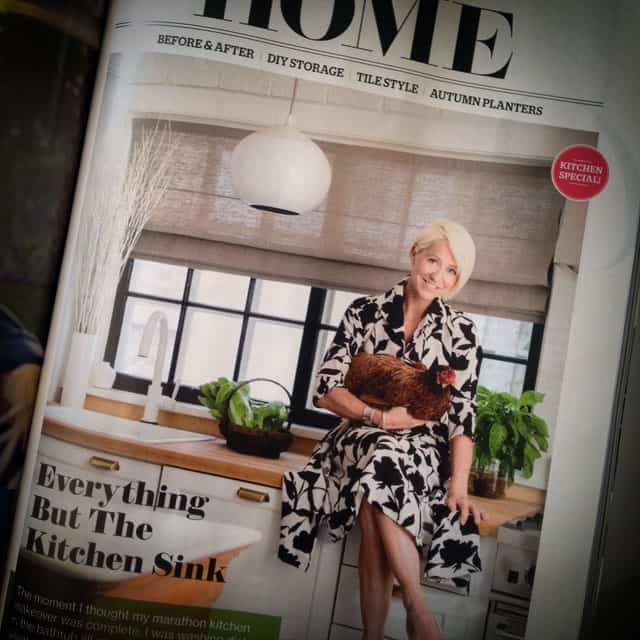 This isn’t the COVER of the magazine, it’s the first photo in the spread. The cover of the October issue of Canadian Living has a roasted turkey on it.

Everyone wanted to know about the roman shade.  It’s from Rough Linen®, but it can’t be bought from there.  Because of our long standing relationship and a bit of a secret I have on her, I was able to procure the Rough Linen® fabric and Betty made the shade for me.  I was gonna, but when Betty offered to make the shade I would have been stupid to say no.  Stupid I say.

I cut my shoes off editing the photo down, not Canadian Living.  The full shot with the shoes can be seen in the magazine.  My shoes are nude coloured suede with a very slight platform on the toe.

The dress.  The dress was made by my mother, Betty as well.  She made it about 20 years ago. I looked fabulous in it as an embryo.  Fabulous I say.  It’s a Vogue pattern from the 1950’s.  The last time I wore that dress was at dinner with Chris Isaak.  He commented that he liked my dress.  I said Thank You.  Looking back on it, my reply should have been, Thank you.  My mom made it. Her name’s Betty.  Wanna get married?

Firstly I’d like to say I had no idea you all had so many good gravy stories and when I have nothing to write about I’m now just going to ask you to talk about gravy.  Grammas boobs dipping in the gravy every year was a favourite of mine.

Winners announced by the first portion of their email address. 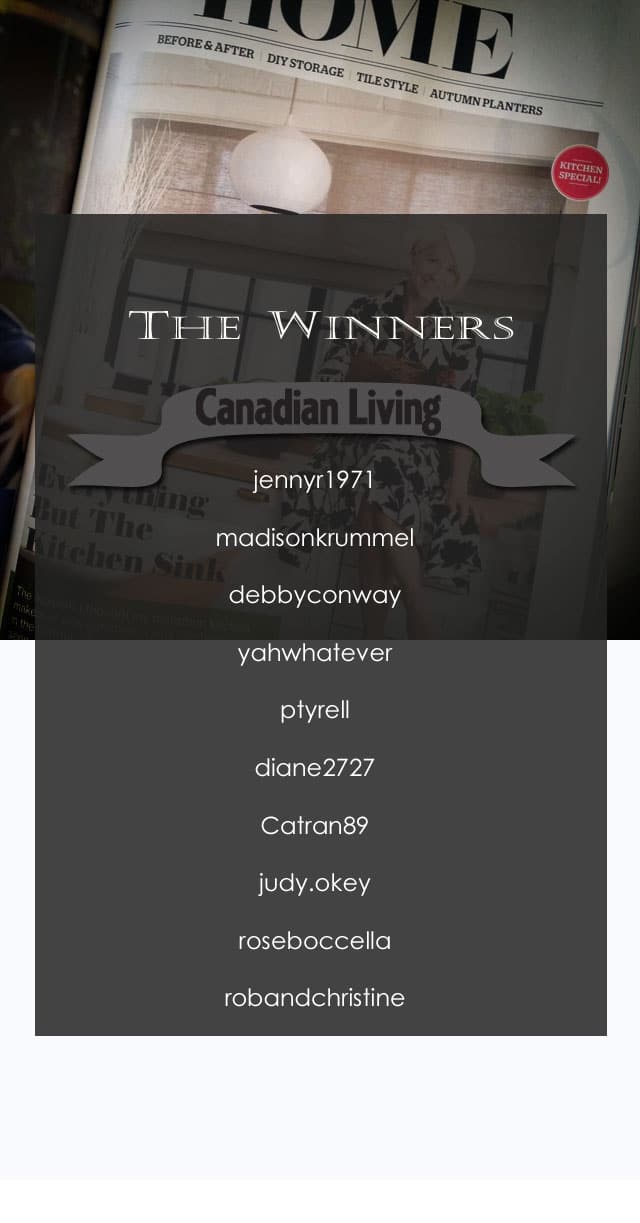 To claim your prize, all you have to do is send me an email at [email protected] with your mailing address.  I’ll forward it to the fine folks at Canadian Living and they’ll get your copy off to you immediately. Once the magazine is off the shelves in a month or so I can show you my own photos of the ENTIRE kitchen.

NOW … If you DIDN’T win and you’re outside of Canada … good news. There’s an app for that. Canadian Living has an app you can download and buy the issue for $2.99!

I apologize for the wait and thank you for your patience.  Said the Canadian while waving her tiny little flag so as not too be intrusive.