Home » My Life » Me » This is what I look like after 12 hours of being violently ill.

This is what I look like after 12 hours of being violently ill.

It was a most inelegant evening. 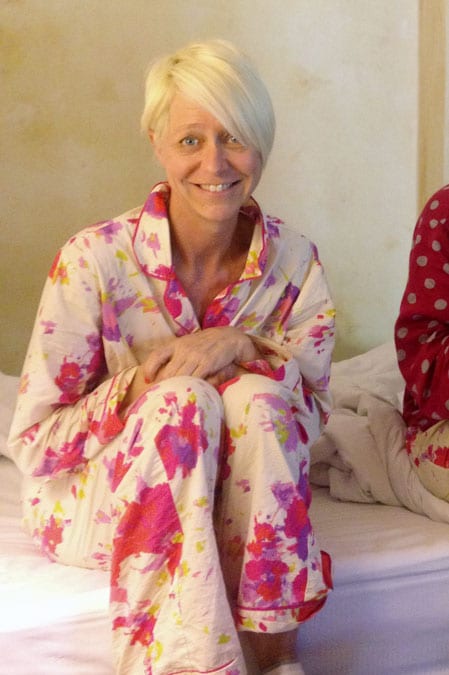 This picture was taken after 12 hour of throwing up everything but my liver.

I look pretty good considering.  I’m not sure how that happened.  I’ve had sneezing fits that make more of a mess out of me.

Let’s backtrack for a bit shall we?

Our last night in Bangkok this conversation took place.

Karen: “Can I eat street food?”

Karen: “Yes, but I don’t think I will. Because I really want to eat a bug. And it’s mind over matter, right?”

Tour Guide: “No. You’ll be sick. You’re not used to the bacteria. No.”

Karen: “O.K. but, how about just something tame, like Pad Thai?  Or a scorpion?”

Karen: “Fine.  I won’t eat street food.  But Anthony Bourdain does it all the time.”

And so I didn’t eat street food.  I instead ate a prepackaged container of plain yogourt, a banana and some rice pudding.

12 hours later I felt my anus squinch up and all hell broke loose.

It was like I had a double sided firehose inside me with both nozzles open full force. This lasted for approximately 12 hours with me resting comfortably on the bathroom floor in between bouts praying to God, Buddha, and the bath towel on the floor that this would all stop immediately.   Many hours and several pounds later it did.

Pink tool belt sister also became violently ill.  I knew this  without her telling me because we have that sisterly bond where we can feel what the other one is feeling.  Plus the walls were so thin and the heaving so violent, I could hear her first round of hell at precisely 4:02 a.m.

After our rice capades, we both slept for an entire day missing out on a tour of the old city in Chiang Mai and a visit to the night markets.  Where they sell pashminas, handmade crafts, and local cuisine.  Like bugs.

Onto the next adventure!  And toilet.

For those who are asking, the pajamas are from Target.  I bought the same ones for all the females in my family as a gift.