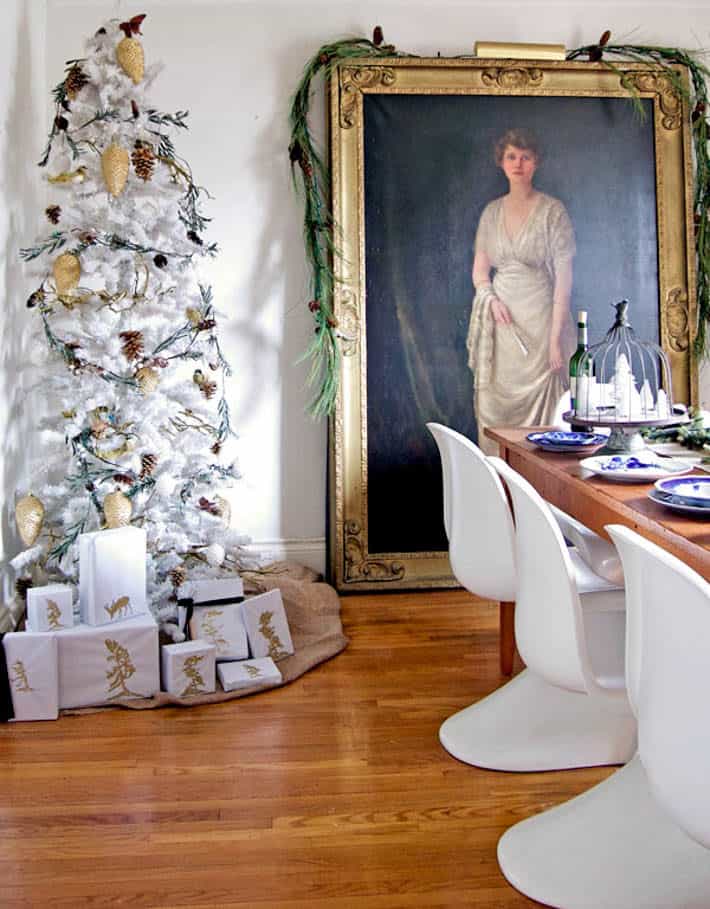 I'm going to walk you through the evolution of a creative idea today.

Normally when I get an idea to do something the whole thing just pops into my head.  Then, I fiddle with it, work it out, plan it, change it and finally execute it.  Sometimes it all goes exactly as planned from the get go with no changes at all, but a lot of times it's an evolution of the first thought that popped into my head.

Let me give you this as an example.  Last night a thought popped into my head.  It was "I'M GOING TO HAVE FRENCH FRIES FOR DINNER!!!"  That idea obviously didn't need any changing at all.  I had french fries for dinner.

Earlier in the day I had a different thought.   "I should really start to organize my tax receipts".  Well,  that idea evolved into "I don't need to organize my receipts immediately.  I mean, not this minute, but later tonight as I sit on the couch and eat french fries maybe". Which then evolved into "My Christmas break will be a great opportunity to get caught up on all these things like tax receipts without having to worry about working as well."  Which then evolved into "I'M HAVING FRENCH FRIES FOR DINNER!!!" 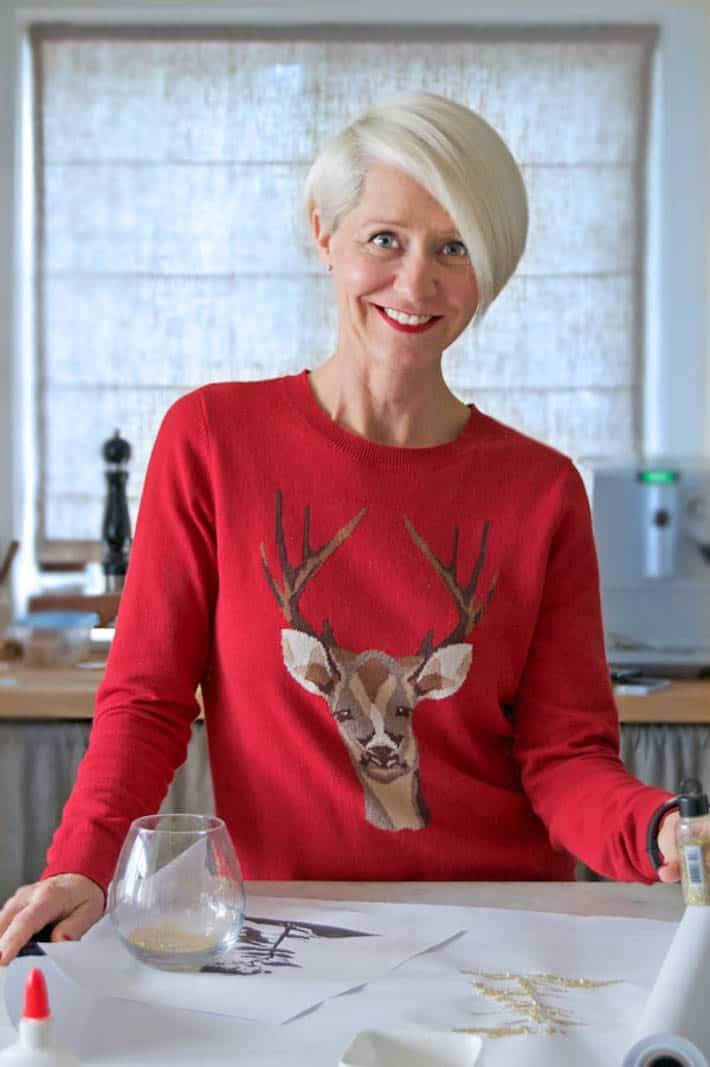 So I decided it would make sense to use up some of that anger inducing glitter in my Christmas wrapping.  The seed of the idea was that I knew I was going to add glitter to plain white paper.  I just wasn't sure how.  Designs?  Words?  Outlines?

SILHOUTTES! I was going to make silhouettes on my wrapping paper from gold glitter. I'd get rid of my glitter and have fun Christmas wrapping. I'd be my usual cheery self in no time.

I considered doing reindeer and Christmas tree silhouettes, but it wasn't quite right. It didn't feel me.

That's when I had my Glitter epiphany.  If you've never had one, it's similar to a migraine aura only you also hear music.  Mariah Carey specifically. 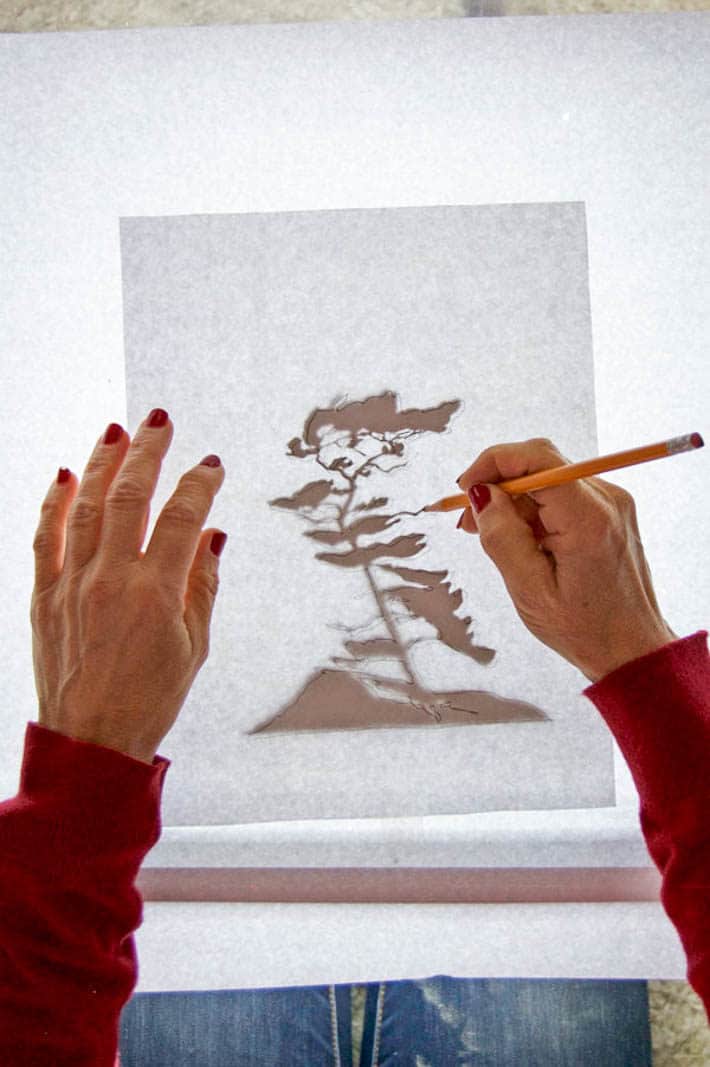 As a proud Canadian, I was going to do Group of Seven tree silhouettes.  If you don't know the Group of Seven I've linked to them. They were a group of Canadian landscape artists who had a very specific style.  They and their work is distinctly Canadian.

Place the printed silhouette under plain white wrapping paper and trace it.  If you can't see the silhouette well enough under the paper put it on something that's glass and shine a light under it.  I use a roll of kids drawing paper which you can get way cheaper than wrapping paper at any craft store and sometimes Ikea. 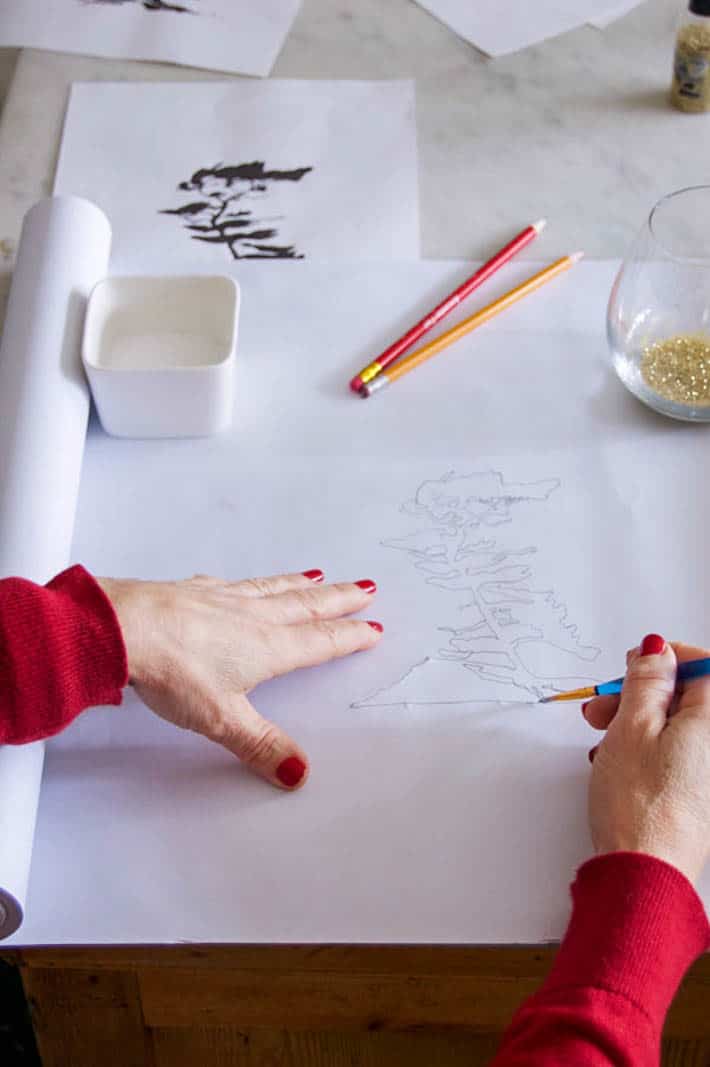 Once you've traced the outline of your silhouette with a pencil paint regular white glue onto it. The glue goes anywhere you want the glitter to be. 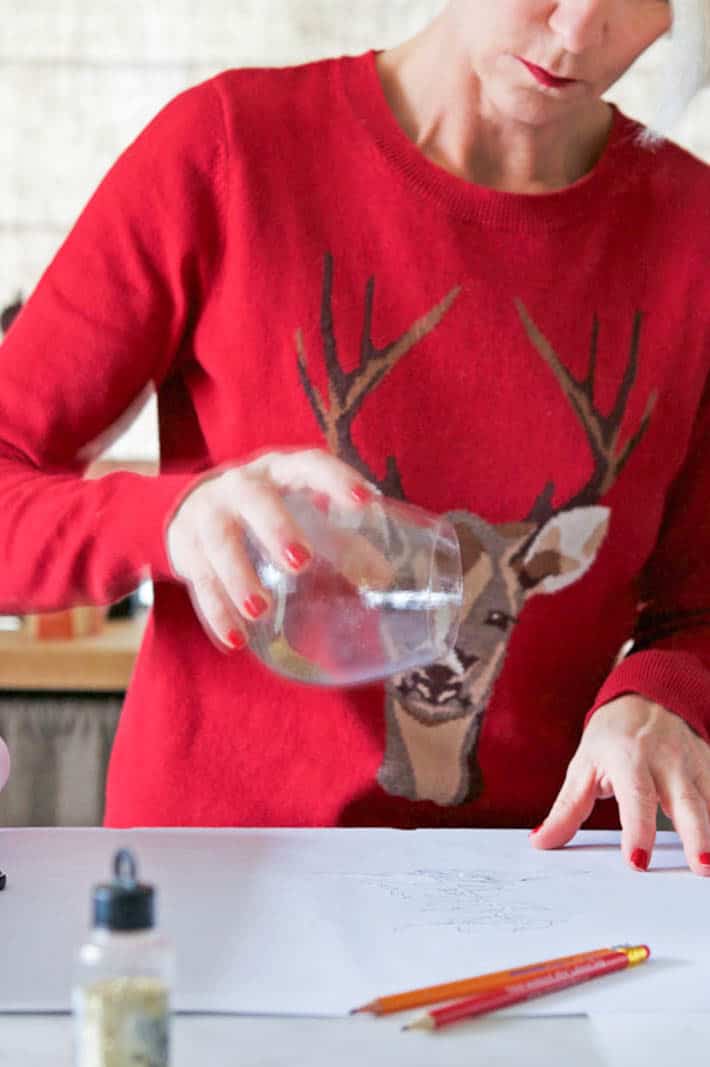 I'm a grown up and I make my living by gluing glitter on things.  For real.  IT'S A DREAM COME TRUE. I always wanted to be Mr. Dressup when I grew up.  Canadians will understand that reference. 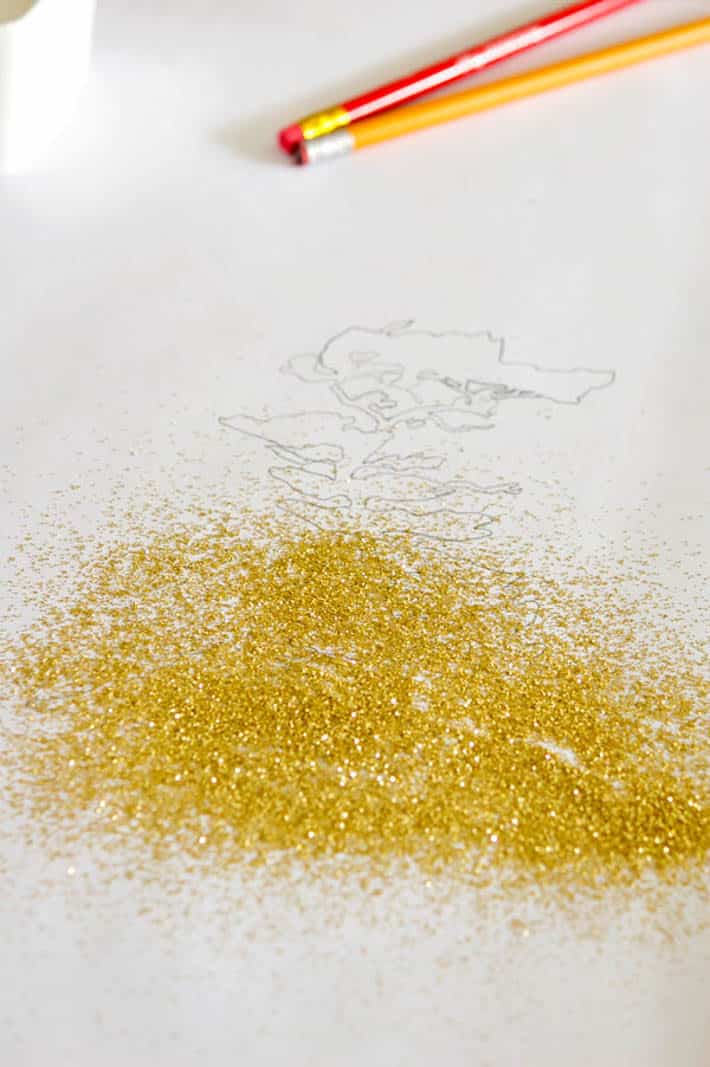 Don't worry about being stingy.  Only a tiny amount of glitter will stick to the paper.  The rest you can pour back into your cup and reuse over and over again. 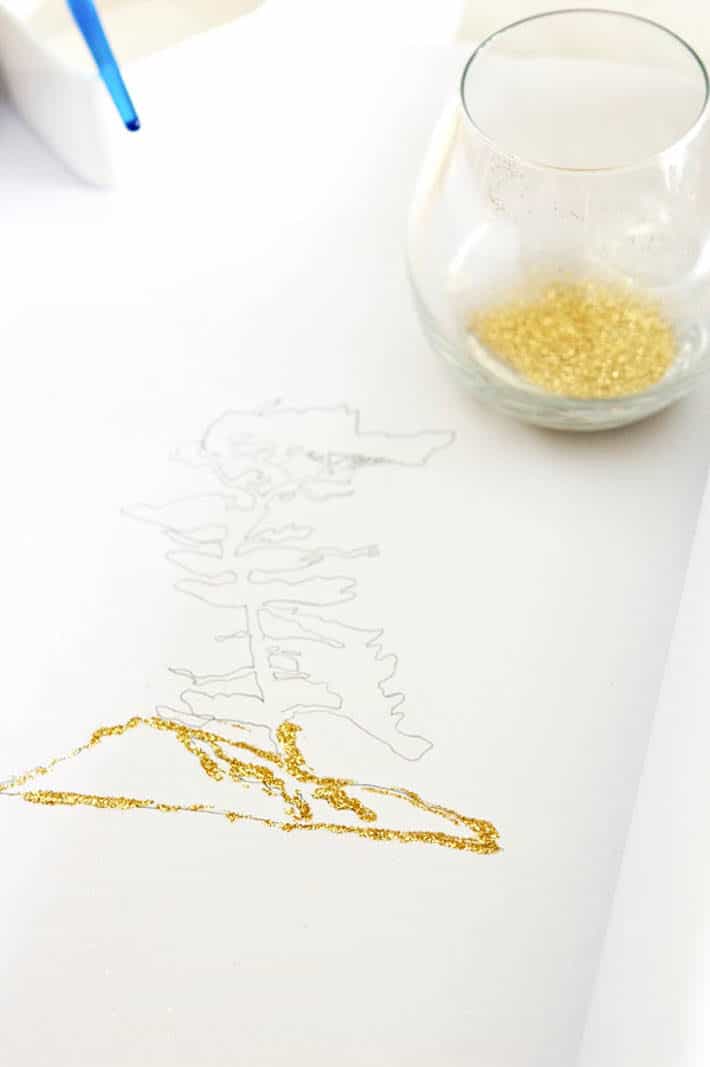 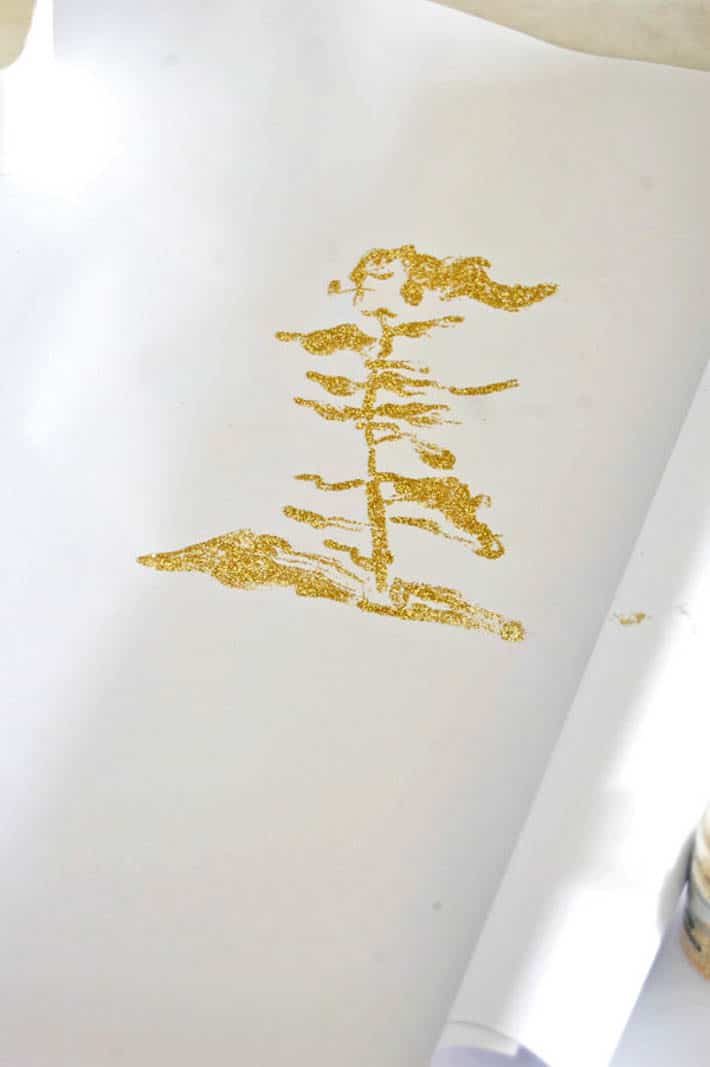 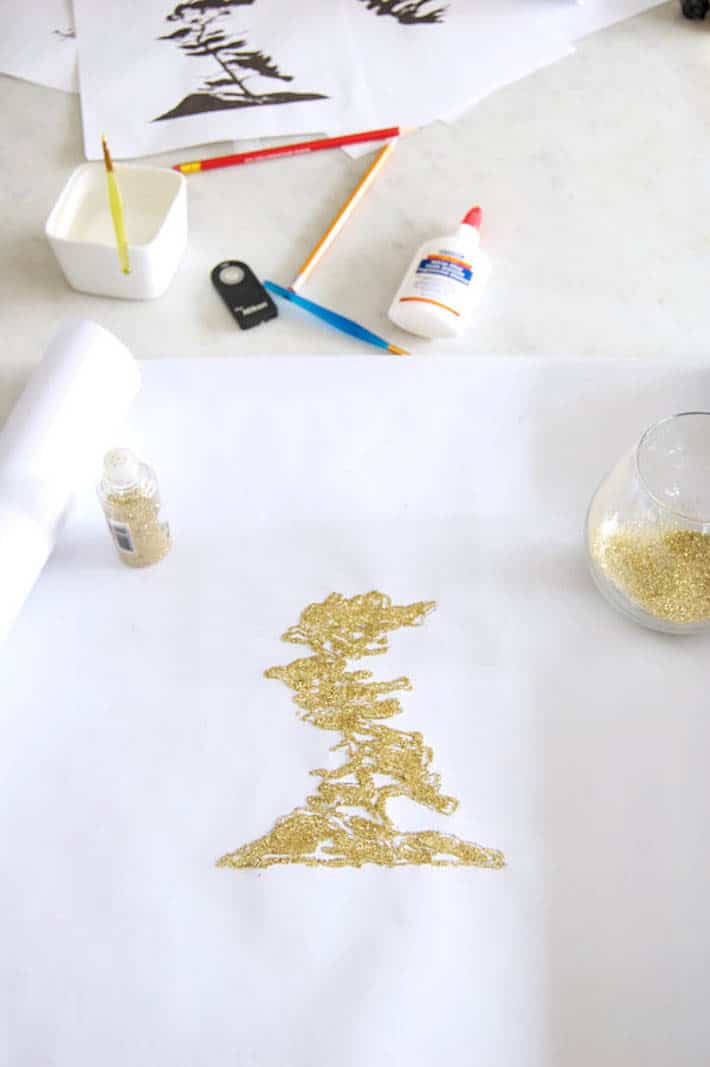 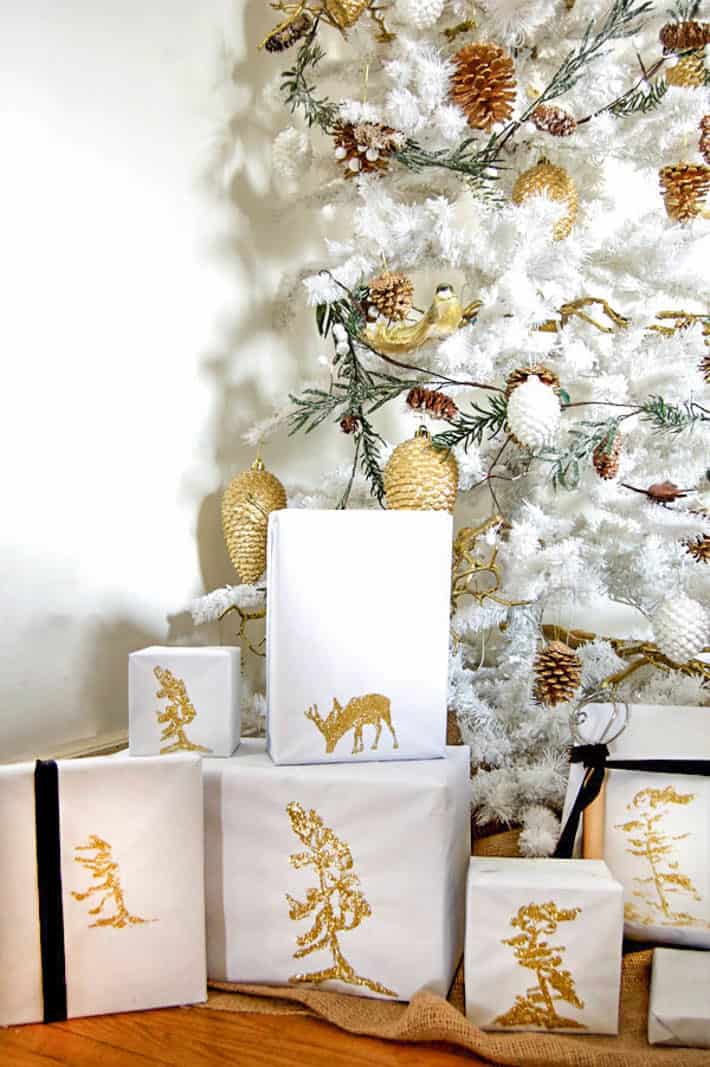 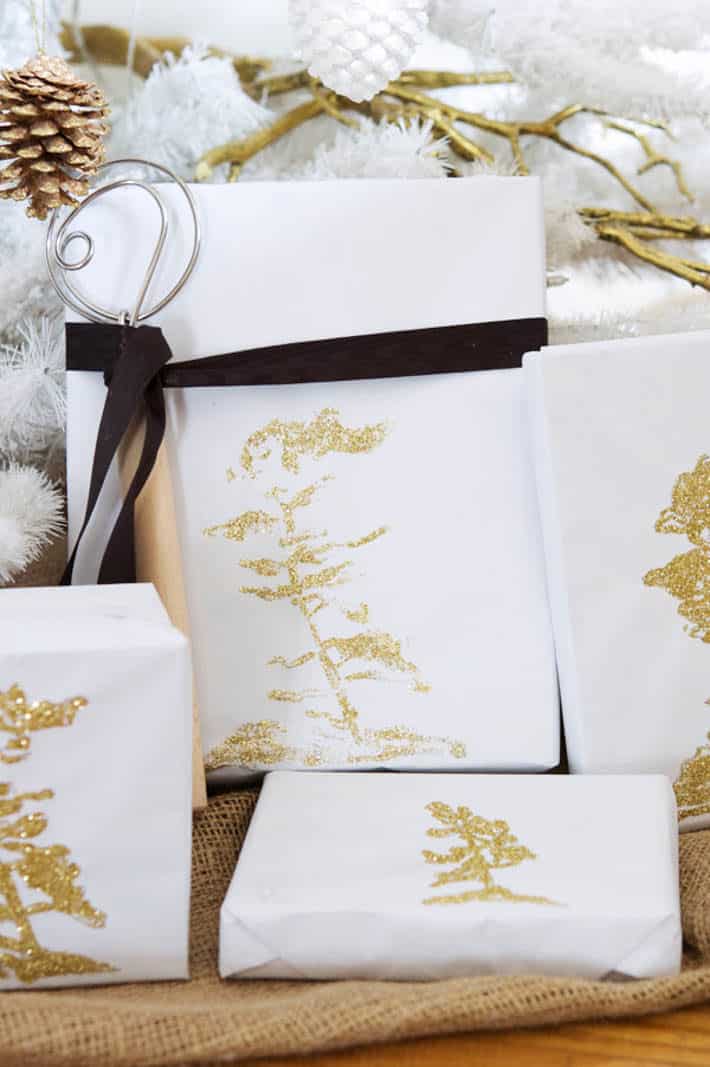 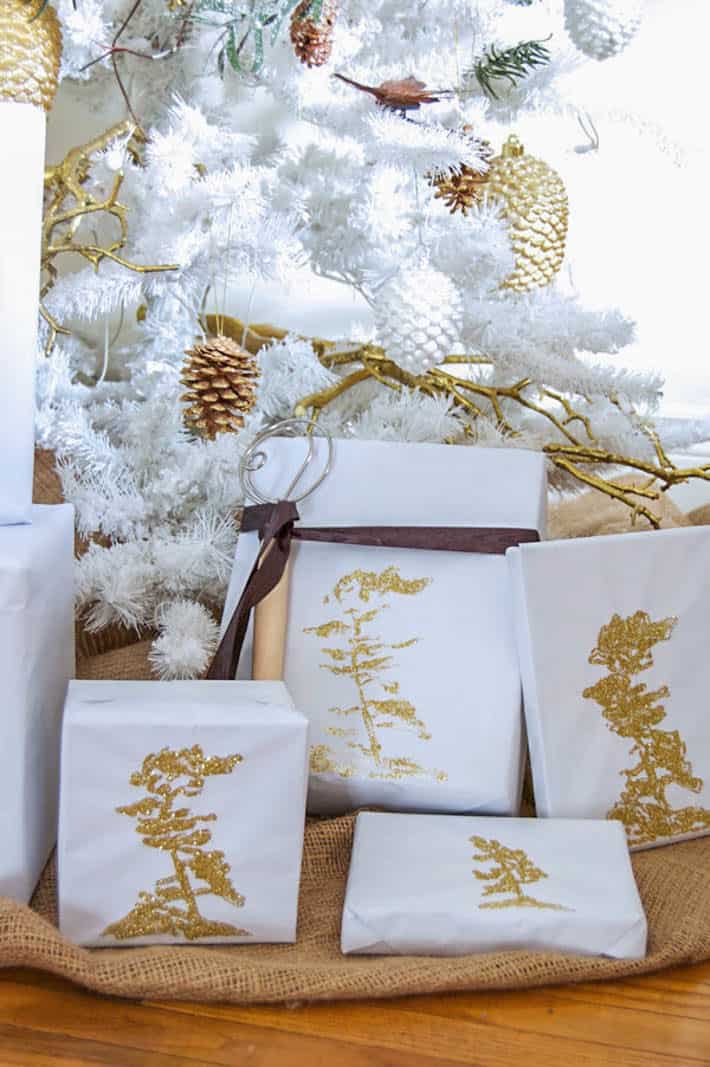