It is time, yet again, to grab a drawer, closet, refrigerator or medicine cabinet and start chucking stuff.  You may think we just finished the most magical season of the year, but the truth is … it has just arrived.

It is THROW AWAY 50 THINGS season, which is only eclipsed in terms of excitement by the one day a year your hair, nails, outfit and skin look good, by some miracle, all at the same time.  Sadly this “time” is usually at 1 a.m. after coming home from a bar and is also mainly imaginary.

January is traditionally the clearing out, decluttering, cleaning up, paring down season. That’s why plastic totes, cutlery trays and storage towers are on sale this month.  But those things really just help your organize or hide your crap,  when what you really need to do is get RID of it.

As fond as you are of the operation manual for the 20 year old VCR you threw out 9 years ago, you can probably part with it without consequence.

I have an entire folder filled with useless manuals. It started out as a great way to keep track of all them and has ended with me housing manuals from products that have long been thrown out, given away or deemed hazardous by all countries but China.

So that is the first thing I tackled in my Throw Away 50 Things Challenge.  My collection of manuals. 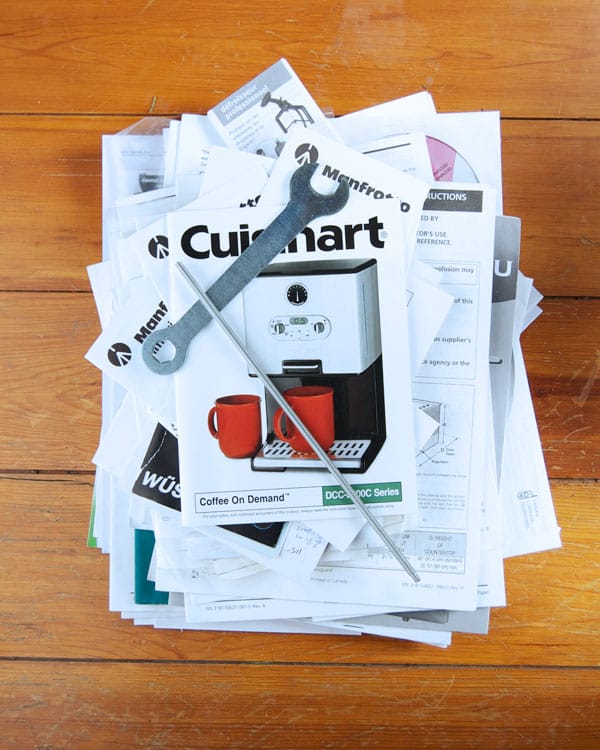 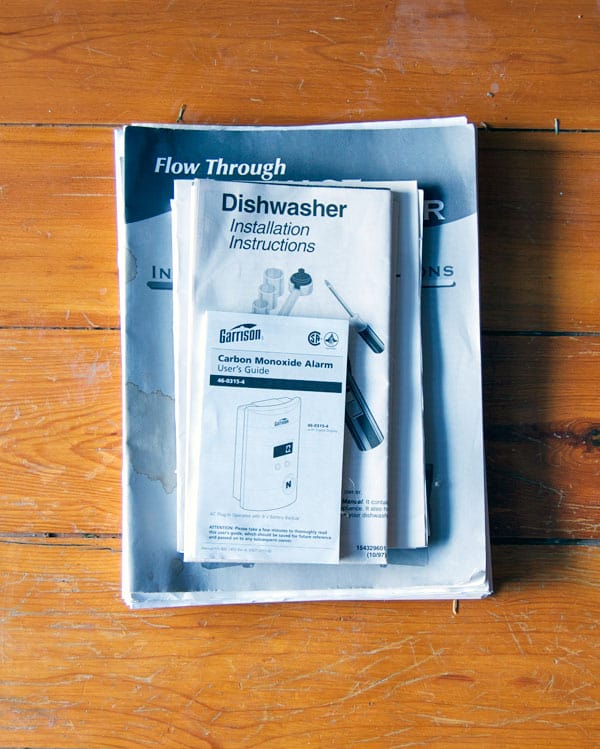 I’m pretty confident in my toasting skills so I took a risk and threw it out.

The second thing I tackled was the entire closet that the manual folder is in.  I lost count, but I threw out approximately 14,543,256 things.

This is what it looked like when I started.  I’ll allow you a moment now to snoop through all of my things as I know you will.  It’s human nature. 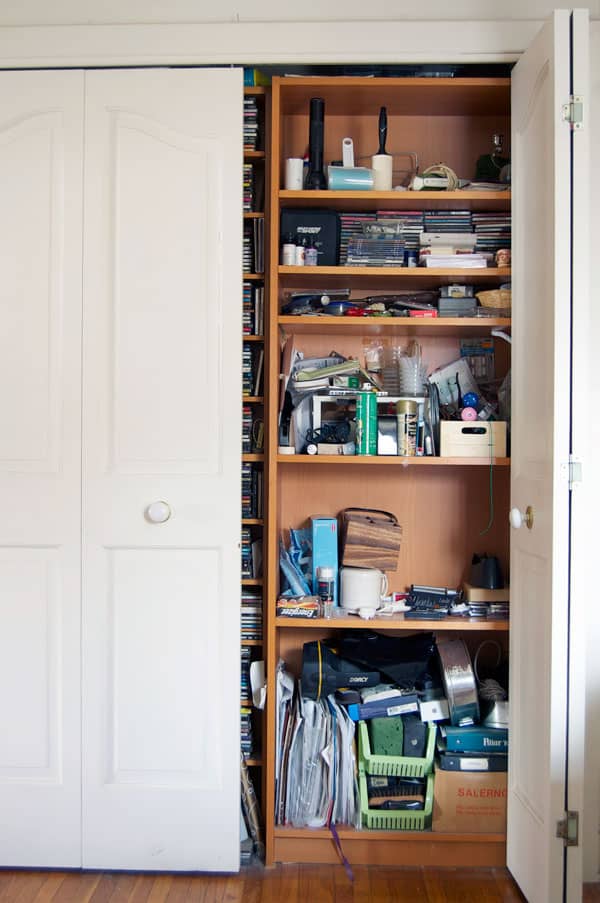 And after a few hours of  chucking and reorganizing … 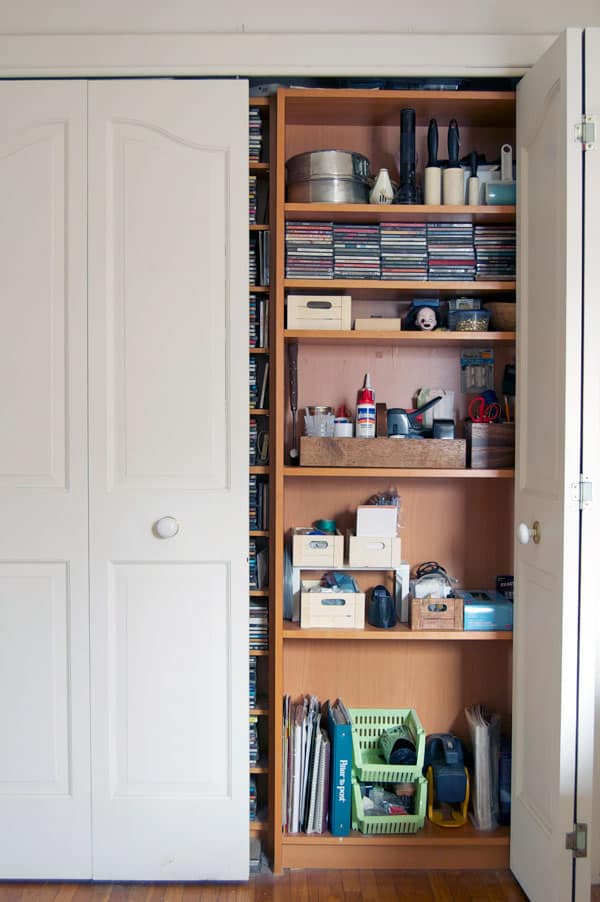 It still doesn’t look like something that would be in Martha Stewart’s or even Jon Stewart’s house but it’s better than it was.  The next time I go to Ikea to pick up a hotdog, I’ll check the As Is section for more shelves so there isn’t as much wasted space.

Now I just have to tackle the other side of the closet. 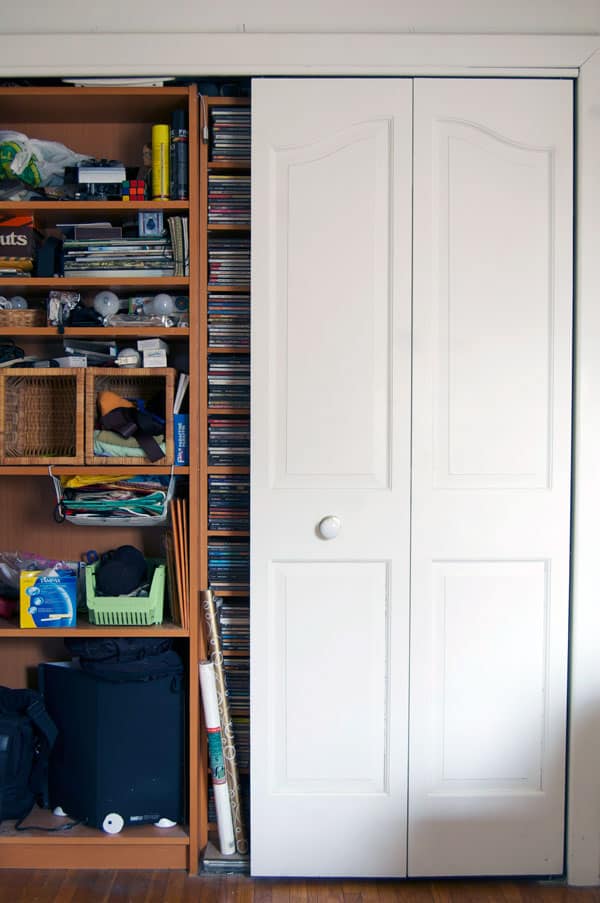 Oh, you finally made it to this sentence did you?  Dirty gawker.

Now it’s your turn.  Throw Away 50 things and make your life easier, more organized, simpler and safer (no one should own 30 year old fireworks).  Once you do it, let everyone know what you got rid of in the comment section.

More organizing incentives coming up on Wednesday, this time … the freezer.  How I got twice as much into the same amount of space, which is not unlike what I’m currently doing with this year’s thighs in last year’s jeans.