Before I get to today’s post, I have a favour to ask of you.  The chicken debacle continues.  It’s a long story which I plan to get into later.  But for now … if you live in Hamilton or any of its surrounding communities that make up the amalgamated Hamilton, please sign this petition.  It was started by a woman who, like me, feels backyard chickens should be allowed in urban settings.  Signing it will not guarantee backyard chickens will be allowed in Hamilton, but it will start the ball rolling.

I got an email a few days ago from a friend.   She wanted to share something she’d found on the Internet with me.  She isn’t the kind of friend that would normally send me random stuff  from the Internet, but she explained when she read this piece of information she immediately thought of me.

Normally I politely thank the person who forwards me stuff from the Internet then promptly ignore it.  I can really only read so many Maxine cartoons.

But I took a chance and gave the post she forwarded a look.  It was a post on a theory, a challenge, started by motivational speaker Gail Blanke.  You might be familiar with her.  Since I have never been one for motivational speakers, self help or any help for that matter … I was not familiar with her.  In a nutshell, Gail has a book and a website that revolve around one sentiment.  Throw out 50 things.  Right now.  Immediately.  It can be anything.  And it will change your life.

I scoffed.  As I often do.  I’m a scoffer, I can’t really help it.  Just this morning I scoffed at a kitchen chair.  I didn’t have anything to throw out.  Just a few years ago I sold/threw out pretty much everything I owned and replaced it with more streamlined stuff.  I just plain didn’t have 50 things to throw away.  Yes.  I am *that* good.

Then I looked directly under my wrists.  My wrists were resting on the edge of the antique pine desk I keep my laptop on.  That desk is in my kitchen.  And in that desk is a drawer.  It is “that” drawer.  The dreaded junk drawer was a mere 2 inches from the fingers that were currently replying to my friend’s email with a great, big, “Thanks, but I DON’T HAVE 50 THINGS TO THROW AWAY!  I’m better than everyone else.”.

This is “that” drawer. 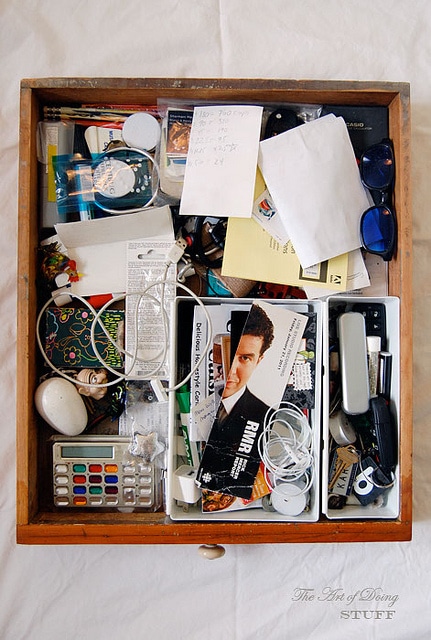 This is what was in that drawer. 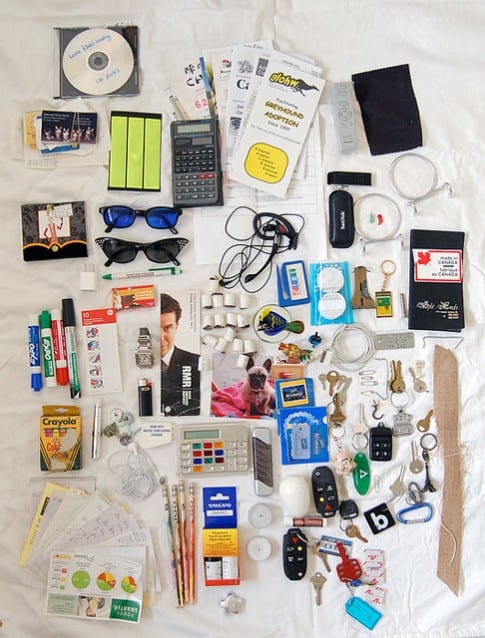 This is what was left after I threw out and otherwise relocated the stuff in it. 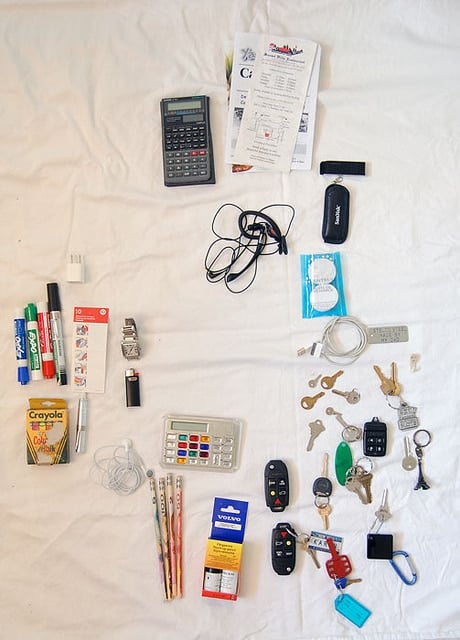 This is “that” drawer now. 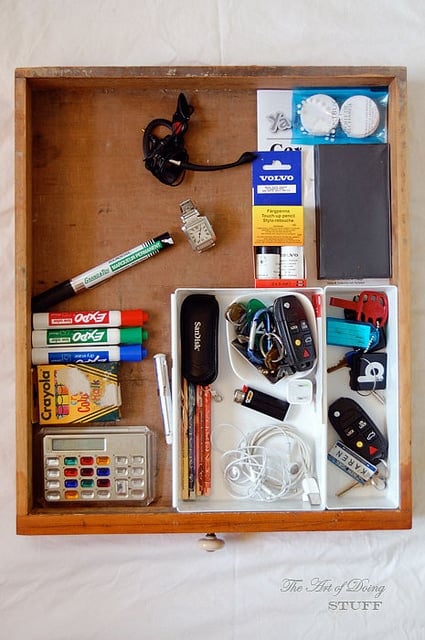 And yes.  I feel better.  Lighter.  Healthier.   It was actually harder than I  thought it was going to be.  Safety pins?  But I might need those.  What if I need those?  They’re great for … pinning things.  Then I got over it and started chucking.   Next I’ll move onto the BOXES of 15 year old makeup in my bathroom, and then like my friend, my refrigerator door.

And I’m very, very excited about it.  Which I suppose is what my friend figured I’d be.  And she was right.  When I cleared out my house a few years ago I felt GREAT.  And that feeling has lasted for years.  I just got rid of crap that I thought I needed, but truly didn’t.  You really do feel lighter and better and for some strange reason, incredibly accomplished when you chuck things.  You feel in control and organized and superior to all other beings.  I don’t know about you, but I like that feeling. 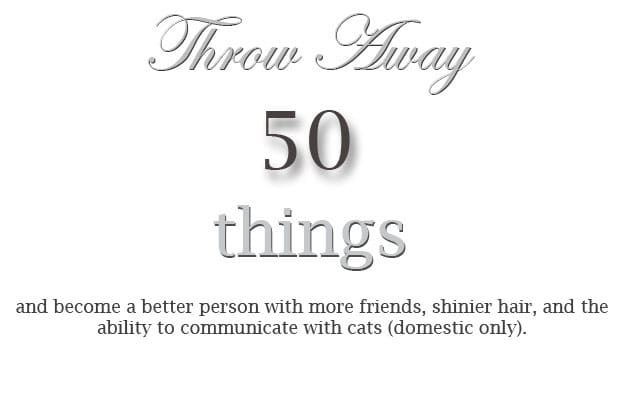 So that is why I’m telling you about this challenge to Throw Away 50 Things.  Because I think you will like it too.  In one week we’re all going to meet back here again and I am going to post some of your pictures.  Yes.  You are going to be famous.  And so is your junk and crap.

Pick an area to focus on  … take a before picture, and then an after picture.  They don’t have to be magazine worthy shots.  Just a picture.  And then send the 2 pictures to me at karen@theartofdoingstuff.com with a little information on what you did and how it went.  I’ll post some of the pictures and stories next Monday and report on how it all went.

Now if you’ll excuse me I have a powder blue, sparkle infused, thick tip, eyeliner somewhere that I’m pretty sure I’m ready to let go of.