TODAY I SIGNED UP TO BE A DISASTER RELIEF VOLUNTEER. HERE’S HOW. 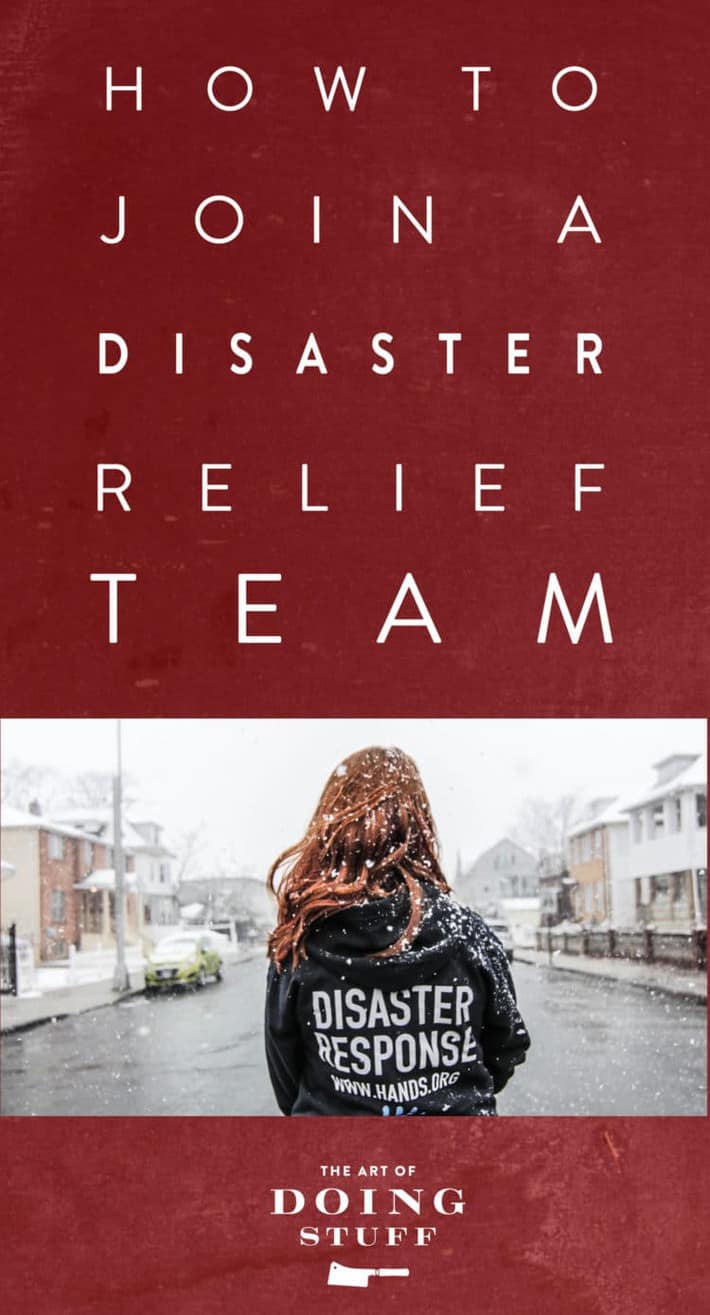 Every time there’s some sort of huge natural disaster I think … I want to just jump on a plane and go help. How can I help when there’s a disaster?
And then I don’t. Partly because I’m scared, partly because I don’t want to do it alone, partly because I’m being complacent, and because well, it’s scary.  Those are the exact same reasons I don’t use public restrooms.
I started having these “jump on a plane” thoughts about 10 years ago. I can’t remember the disaster that prompted the first one but I remember just letting the thoughts fade until the natural disaster was removed from the news enough that I didn’t have to feel any more guilt about not going . I justified my inaction by theorizing I wouldn’t know what to do when I got to the disaster zone anyway. I’d probably just be in the way, I didn’t have any medical skills and how much help would handing out bottles of water be?
With the insane amount of natural disasters over the past month, I took my “thinking about it” one step further.  I Googled.  And then I Googled some more.  I ended up going down a Google vortex of “Volunteer Teams” for hurricane relief.  For one reason or another I didn’t really feel a connection to any of them.
I spent a lot of time over the past few weeks online looking for teams going into natural disaster zones like Texas, Cuba, Mexico, Dominica and Puerto Rico.  Then I yet again, pushed the thoughts away.  Until my friend Trevor posted something on Instagram. 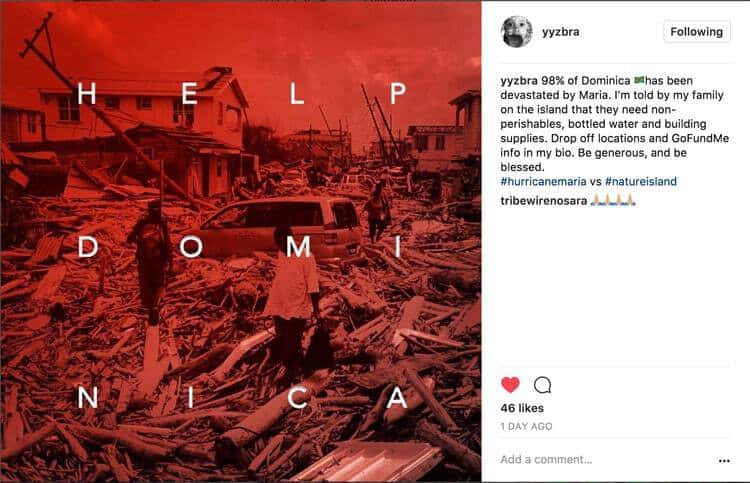 Trevor had family on the island of Dominica.  The entire island was demolished.  Gone.  All the buildings and infrastructure of the island were gone.  But the people were still there.  I worked with Trevor for a few years at the Chum City building when I was a television host.  He’s an editor.  He’s really nice.  I like Trevor.  I imagine I’d like his family too.  That one Instagram post pushed me back to Google for one more try.
And that’s when I found Team Rubicon.
This is the organization that spoke to me. An organization founded in 2010 by 2 marines who wanted to put their skills to use.  (I’m already sold.) But I read further.  Jake Wood and William McNulty were literally two guys who connected on Facebook and with minimal planning hopped on a plane to head to Haiti days after a 7.0 magnitude earthquake hit the country.  From that trip (which included a few other people) a disaster relief organization was formed.
I’ve signed up.
I am not a marine. I wasn’t in the military.
But I am a kick-ass civilian who can get shit done.  As it turns out, even though Team Rubicon is a military driven organization, it is also looking for a few good kick-ass civilians.  They started in American but in the past year a Canadian faction has started operating.
All Hands Volunteers also seems like a really good choice.  What I like about them is you can apply as a group.  A group of friends, family or co-workers can apply.  That alone makes going off on one of these trips far less scary.  More doable.  Easy really.  Far easier than using a public restroom.  Plus they continue into these areas of devastation after a lot of places have left.  They help rebuild (literally) and even though I might not have medical skills I have Skill Saw skills.  So I’ve signed up with them as well.  Gotta keep my options open.
This post is for any of you who felt the same way I did. That you wanted to help but didn’t know where to start.  I am your Trevor.  Your motivation.  Your push from inaction to action.
Like I said, Team Rubicon and All Hands feel right for me, but there are other organizations that might feel more right for you.  Just Google “Volunteer Disaster Relief”.  Signing up right now with any of these organizations doesn’t mean you HAVE to go on a disaster relief trip.  It just means you’re taking care of the paperwork.  You’ve registered with them.  You’re being proactive.  So the next time a disaster hits you won’t wonder what to do.  You’ll be signed up and ready to be sent anywhere if you want to.
This isn’t a guarantee I’ll actually go anywhere or even help anyone but I’m one step closer.
Doing “stuff” doesn’t always have to result in a baked pie, a painted living room, a homegrown vegetable or a craft.  It can end with giving someone the hope that they’ll be able to do that stuff again one day too.