I realize that list ended up being 3 things I like and 1 thing I don’t like.  Sorry ’bout that.  If you’re  now disgusted with me for leading you astray feel free to leave now.  I don’t blame you.

So back to the pretty/fast stuff.  I’ve mentioned before about my aversion to eating an entire chicken breast .  I don’t like the look of it on my plate and it seems overwhelming to me.  And gross.   Now – if you take that exact same chicken breast and slice it up before you put it on my plate I find it much more palatable.

If this seems weird and psychotic to you, imagine how many time’s you’ve sat down and devoured half a pizza.  Or even a whole pizza, depending on how honest we’re being here.  If you dropped that entire, unsliced pizza on your plate it would be overwhelming.  Gross.  You’d never be able to eat it in a million years. Plus it’d be slightly awkward.  BUT … slice that pizza up into tiny little slices and you can eat the whole thing.

For some reason the more slices something is in, is directly proportionate to the amount of it you can eat.  How often have you cut a piece of cake in half because  you didn’t want the whole piece, only to eat the half you cut, plus the other remaining half?  Um.  Always.  That’s how often.

I’m getting off track here.  The point of this post is how to make your chicken look picture perfect. The way it does in a food magazine. 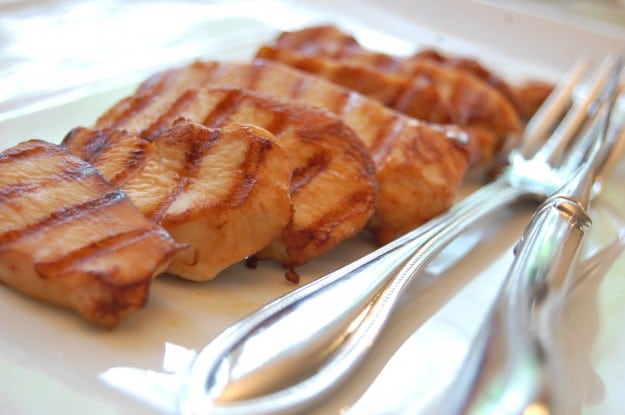 There are 2 tools you need to achieve this look which will result in both pretty and fast chicken. 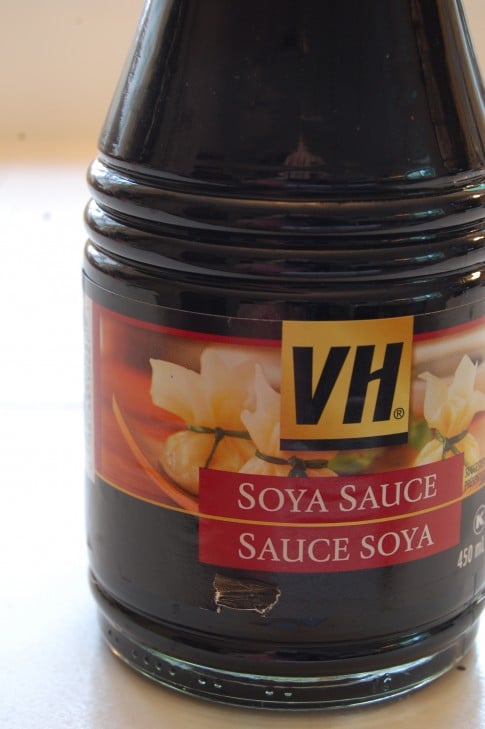 (I took this picture POST chicken cooking so it’s dirty.  I don’t normally start with a dirty pan.  Unless I’m sleep-cooking or something) 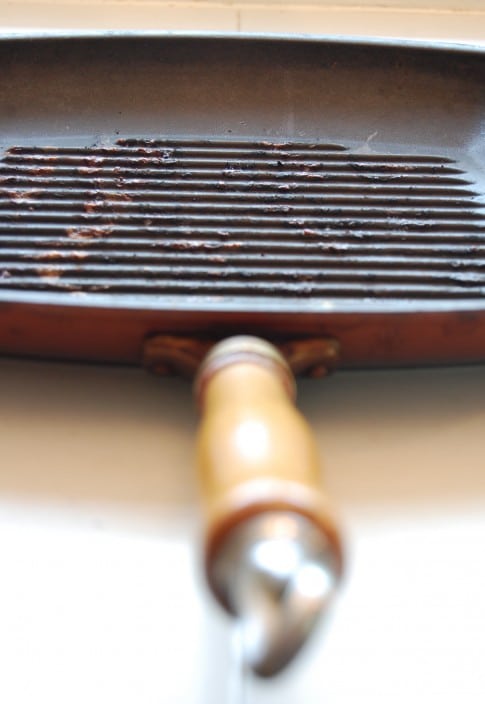 Drizzle some Soya Sauce over your thinly sliced chicken and just mix it all up with your hands to coat the chicken.  You aren’t looking to really flavour the chicken with the Soya Sauce, you just want to coat it a bit for colour. 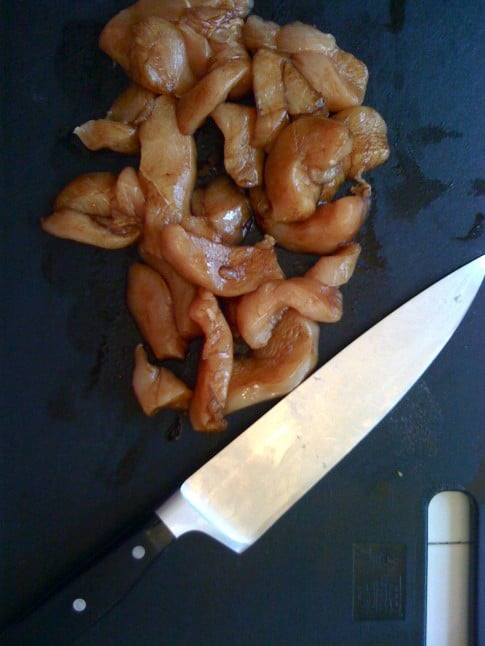 Once you grill the chicken on your grill pan, the Soya Sauce caramelizes from the heat and creates picture perfect grill marks. 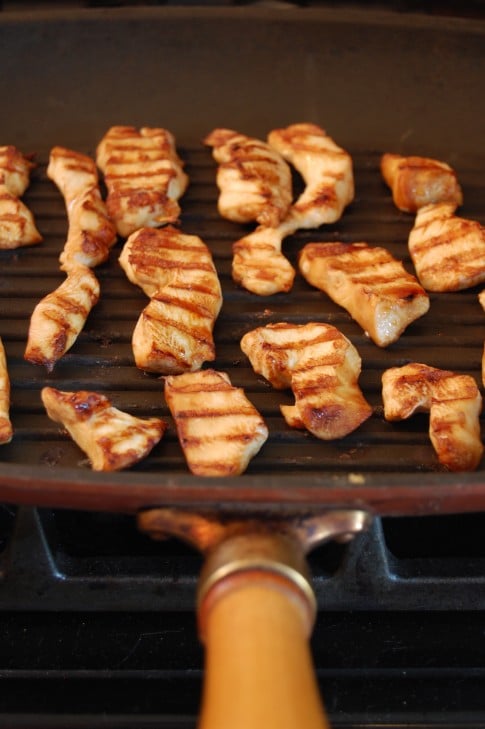 The other benefit other than sheer aesthetics with this technique is your chicken cooks in about 2-4 minutes.  2 minutes or so on each side depending on how thick you slice it.

THAT is some pretty, fast chicken.  You can do this without using the Soya Sauce, it just helps a bit with the colouring.  If you have a good  grill pan, you’ll get some sort of grill marks regardless.

Faster than, dare I say, ordering pizza.  Granted.  Not nearly as delicious, but for some reason chicken really does taste better this way. 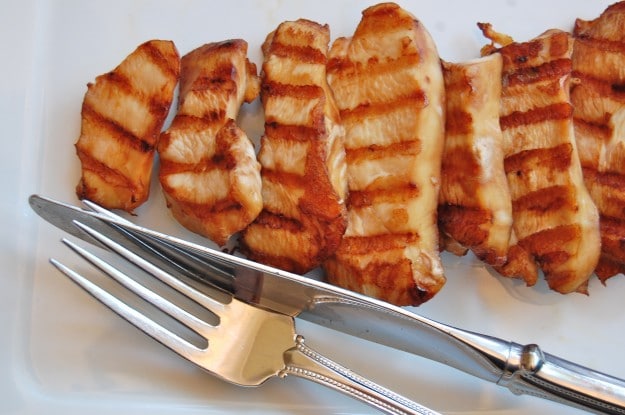 I cannot say enough about owning a non stick grill pan by the way.  It is one of the BEST inventions ever, surpassed only by the Whisper 2000, which was clearly a medical breakthrough right up there with the pacemaker and artificial limbs.

So, if you ever think to yourself … hmm … I wonder if I should buy a non stick grill pan, the answer is yes.

If you ever think to yourself … hmm … I wonder if I should buy an entire cake because I promise I’ll only eat one slice of it, the answer is no.