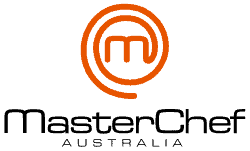 It is Thursday night and I’m sitting here watching one of my favourite shows in the world, Masterchef Australia. It’s like Masterchef US only these people can really cook and the judges don’t belittle the contestants because producers think that’s what makes good television.

Do you know I hosted a decorating show once where I literally tripped through a whole tray of white paint while wearing a brown, floor length winter coat?  I tripped, screeched, slid, fell then swore.  All while trying to hold my coat up in a Batman type manner to avoid getting it stained.  My attempts to remain cool and clean failed.

There was a camera and a microphone on me the entire time. Did that make it into the final version of the show? No. But the fake, producer fabricated “Oh NO! Will the comforter arrive in time??!!!” drama did. Why use highly entertaining genuine drama when you can fake some really bad stuff?

Where was I?  Right!  Masterchef Australia.  Great show.  I’ve talked about it here before.

I find this cooking show in particular to be incredibly inspirational when it comes to food ideas.  Being in Australia they cook a LOT more seafood than I do, but every time they cook it I think “I’m gonna cook that.  I’m gonna cook some seafood.”  And then I promptly throw a chicken in the oven.  Oh my LORD!  Speaking of chicken, on a recent episode they did a recipe that was a Chicken Parcel. It’s a mixture of ground chicken, portobello mushrooms and sliced chicken baked in the oven.  Here’s the kicker … the filling I just described is wrapped IN CHICKEN SKIN!  It’s like a chicken pot pie, but instead of pastry, the filling is encased in crispy, delicious chicken skin!

Sorry.  Probably should have told the 18% of you out there who are vegan/vegetarian to cover your eyes for that last part.

Where was I?  Right!  Seafood.  I have decided that THIS weekend is the weekend I’m going to make a Masterchef inspired seafood dish.  Nothing big.  Nothing too intimidating.  Just scallops. 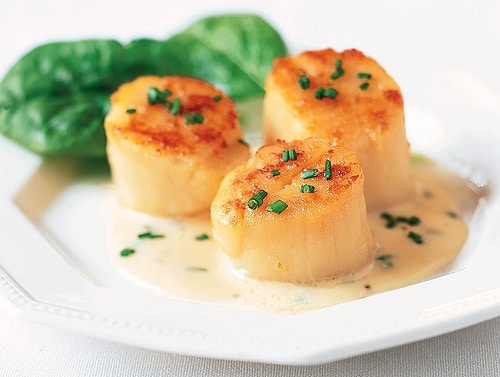 I have always wanted to cook scallops for myself but never have.  Ever.  I have no idea why.  It’s not like they’re difficult or even hard to come by.

So that is my goal this weekend, to make a nice little scallop appetizer.  Sear them, flip, sear them, eat.

I figured this is a good time to give you another homework assignment.  You haven’t had one in a while.

This weekend I want you to cook something different.

And here’s the most fun part!  After you’ve prepared it, I would like you to photograph your new food and send it to me.  I will feature all the photos of your foods next Friday, with the debut picture being my scallops.

Send your pictures to [email protected]  Deadline for sending in pictures is Wednesday at 8:00 p.m. EST.