Home » My Life » TV I watch » 3 TV Shows You Should be Watching.Part III

3 TV Shows You Should be Watching.
Part III

I can’t remember exactly when the last time we discussed television shows was but I think I was in my  HBO phase.  I’m pretty much always in my HBO phase. Which is a bit of a shame, because lately HBO doesn’t even seem to be in their HBO phase.  Dustin Hoffman’s racetrack drama, Luck anyone?  Barf.  On so many levels. 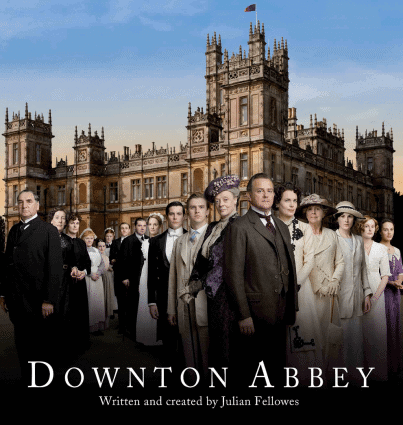 The fella and I both got hooked on the first show I’m going to feature by a former colleague.  Heh.  I said colleague. I feel so grown up.  So this former colleague of mine, we’ll call him … Fameison, because it rhymes with his real name, Jamieson, Tweeted about watching Downton Abbey.

I Tweeted back something that would encourage him to explain further.  What the hell’s Downton Abbey you loser?   Or something like that.  Turns out the best way to describe Downton Abbey is how he described it.  It’s part period drama part soap opera that’s “So well written it makes you feel like you’re reading instead of watching television.”  That about sums it up.

Downton Abbey is one of the best television shows ever made in my opinion.  Yup.  The show takes place at the home (more like a castle) of lower level British Royalty (think Ladies, Dukes and Countesses)  starting in the year 1912.  It follows their lives and the lives of their house  help. And there’s a LOT of house  help.  Servers, maids, cooks, valets, butlers and footmen.  It looks like each episode cost about 3 billion, trillion dollars to make.  And that’s just for the costumes.

And …. just so you know it isn’t all serious drama, watch this next clip featuring the immensely talented Maggie Smith.  Downton Abbey is also laugh out loud hilarious at times.

If you vowed long ago to stop watching television or to limit it to something stupid … like the local news … THIS is the show that you should be willing to break  your vows for.  THIS is the kind of show that can make a person break a promise. 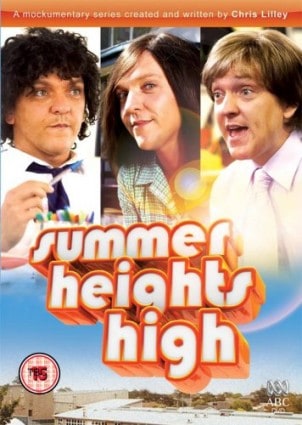 Onto the next!   A few years ago I was shooting a show for W Network in Canada called “W Expert Challenge”.  The head of the production company that produced the show, we’ll call him Scott,  ’cause that’s his name, was constantly running around the set spouting lines from a show he’d been watching.  Then … out of nowhere the camera guy starting spouting back.  And then another guy and another.  No girls oddly.  So, I ignored their attempts to bully me into watching this show they kept quoting.

Then a few nights ago … I decided to watch it.  The fella recommended it and he pretty much knows what I’ll like and what I won’t like.  I don’t like stupid comedy and this show is a bit of a stupid comedy.  You know, the sort of thing that would appeal to a 15 year old boy.  So I was a bit worried about how well I’d like it but I laughed out loud from about the first 3 minutes.  The show was created by Chris Lilley with 3 of the shows main characters played by Chris Lilley.  The entire series is only 7 or 8 episodes long.  I watched them all in 2 nights.  Laughing OUT LOUD the entire time.  Chris Lilley … is a genius.   If you like Little Britain, chances are you’ll like this.  If you like funny, chances are you’ll like this.

Granted, this isn’t the greatest trailer in the world, but it’s the best I could find. If you search around on You Tube you can find full episodes of Summer Heights High.  And you should. 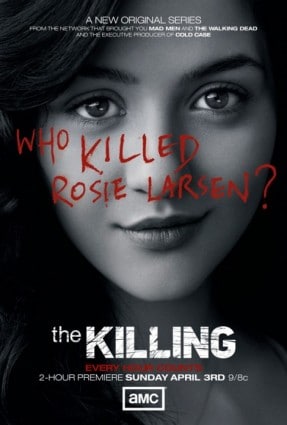 The Killing is a police drama revolving around a murder investigation. It takes place in real time and is absolutely haunting. I watched the entire first season in 3 nights.

Like a lot of the shows I watch, it was recommended to me by the fella. He told me if I didn’t credit him with introducing me to all of the good shows, there were gonna be issues.  BIG issues.   He didn’t specify what those issues would be, but I suspect it involves a can of Silly String and 4 a.m.

So while there is plenty, PLENTY of really bad television, there’s also plenty of really good television. You just have to find it. Or … have someone find it for you.

p.s.  I’m over guest blogging for Erin at Lemon Sugar today!  If you missed my pizza sauce recipe the first time around go on over and have a look at it there.  In fact, go on  over anyway!