Home » My Life » My Family » What everybody wants for their birthday.

What everybody wants for their birthday.

I know you’ll all agree that there’s no better birthday present than an ear of corn on the cob. It comes with it’s own rustic hipster wrapping, it’s made of 100% gold colour and only sometimes has worms.

So when Bikram Yoga niece‘s birthday started to get close I decided to give her what everyone wants for their birthday. Raw vegetables.  She’s been talking about putting in a small vegetable garden for years now because she thinks her kids would like it.  4 years ago she came close.  She actually stared at the grass in her backyard and said out loud “Yeah, I should put in a garden”.  3 years ago she came even closer when she stared at the grass and said “Yeah, I should really put in a garden”.

Then she never mentioned it again.

So last year I decided for her next birthday I’d get myself organized and secretly build a vegetable garden in her backyard under the cover of darkness one night.  Commando style.  I’m not sure if that means I was going to do it without underwear on, but that’s not what I mean.  I mean, secret, army-like.

It’s really hard to build a raised bed and plant a vegetable garden when it’s dark out mainly because you can’t see what kind of bugs are landing in your hair.  So I made a few concessions to my original plan and went over and did the garden during the day while she was at work.

And then I did it again when I realized the first place I dug out the garden was in complete shade.

Then I said Snarklefart only a much stronger version of that word.  Something you’d be more likely to hear in a grocery store self check out line than a backyard filled with children ready to plant radishes.

My niece’s birthday present consisted of digging out the area for the garden, building two, 4’x4′ raised beds and planting the garden.  With corn.

Because as I said, everybody’s favourite present is corn. 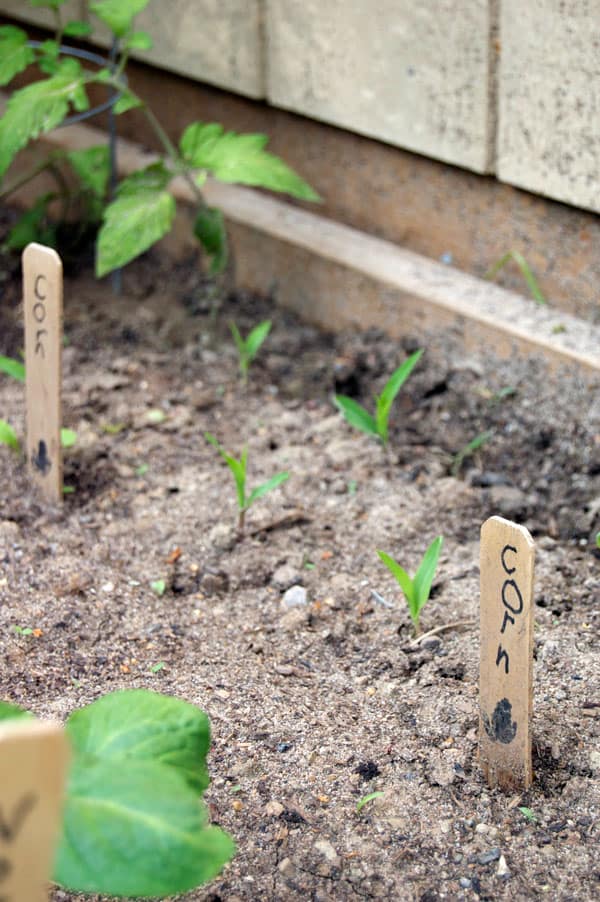 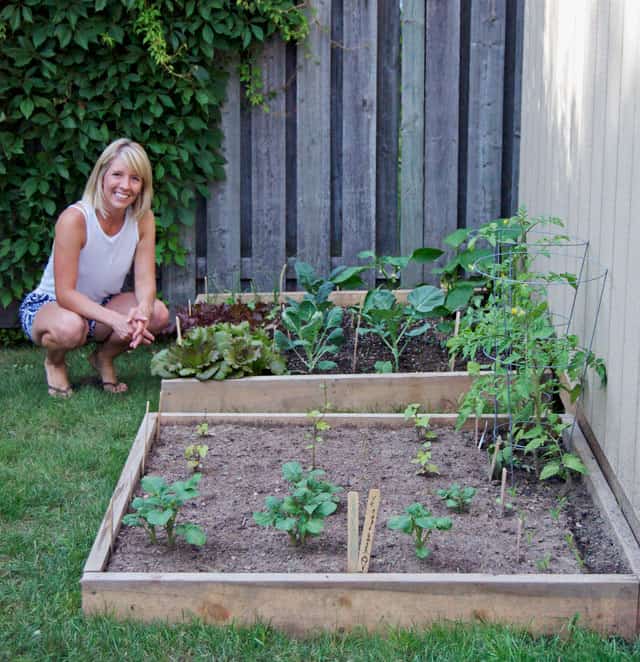 You may not recognize Bikram Yoga niece in the above picture what with her not a) swearing or b) throwing up. But trust me. It’s her.

Her 3 kids helped plant the garden and by “helped” I mean actually helped.   Not that whole “Oh aren’t you a good helper, get the hell out of my way, you’re slowin’ me down kid,”  kind of help.

By the end of the day we had planted the following in two 4’x4′ beds. 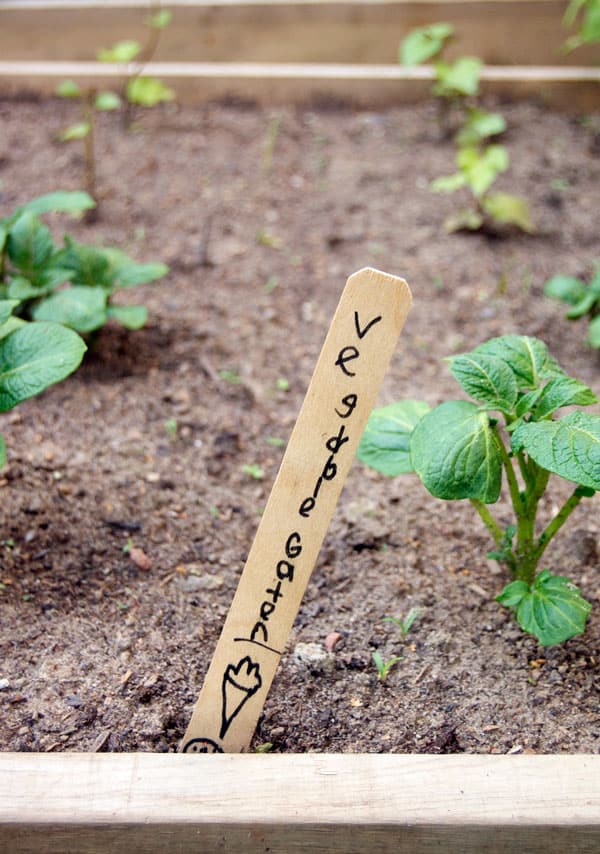 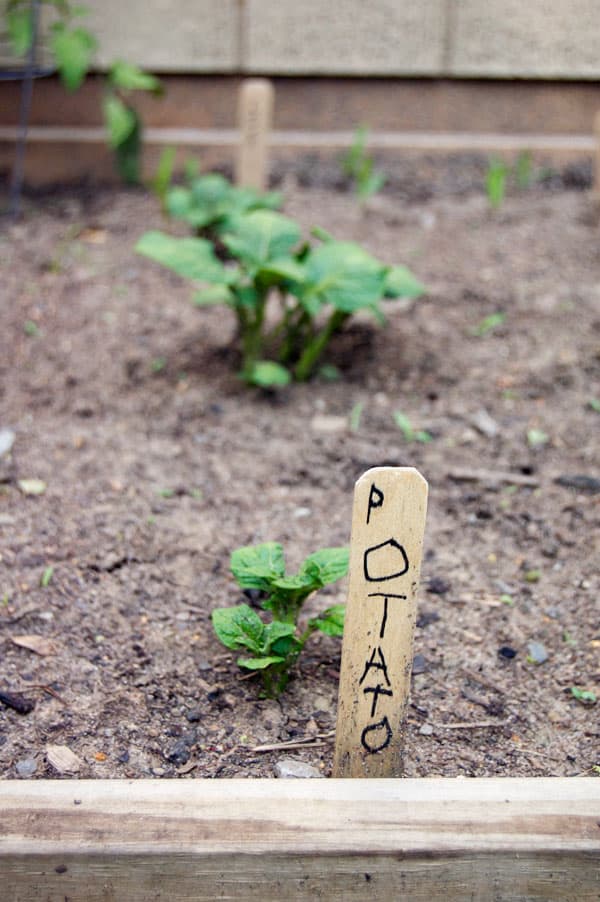 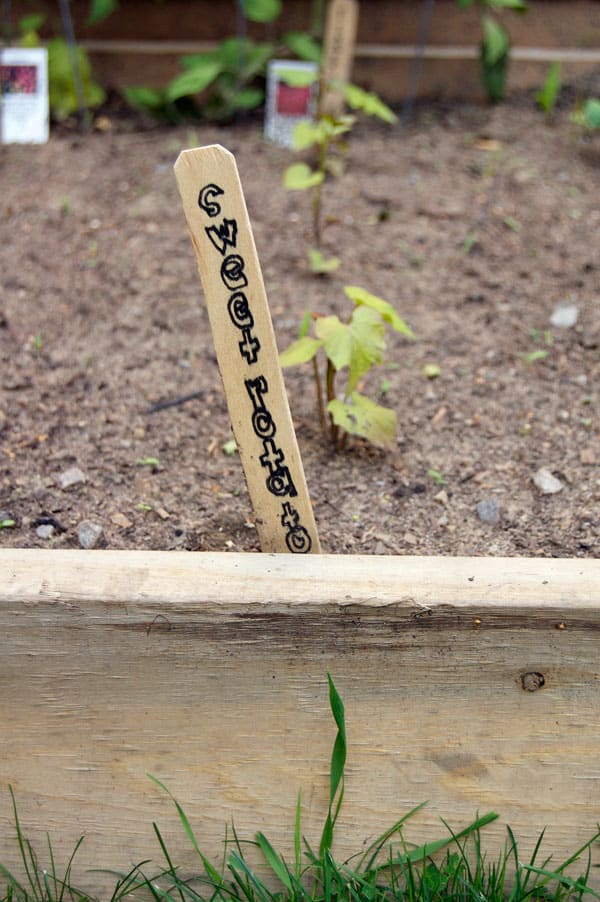 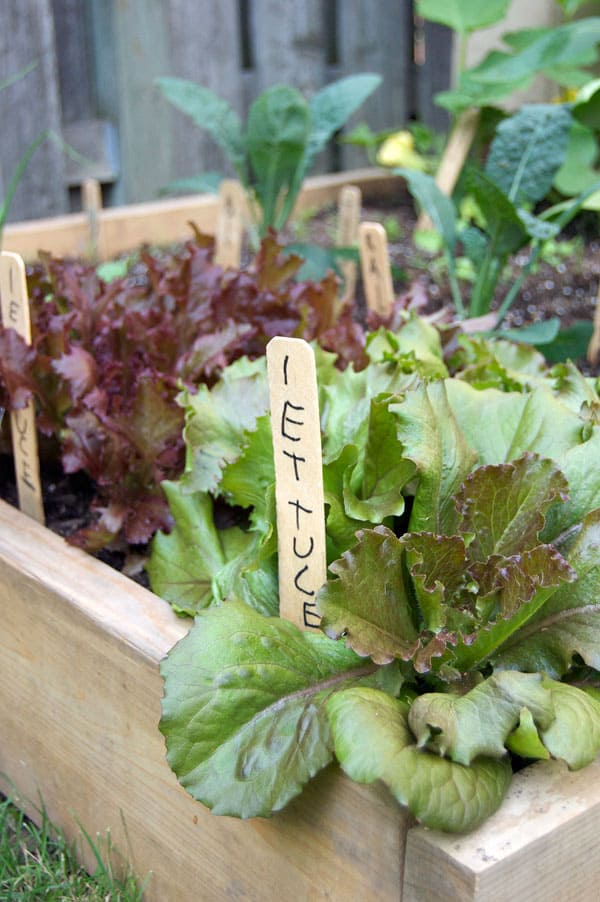 We got everything planted about 2 weeks later than it should have been put in the ground and the weather has been way colder than normal.  So if nothing gets as big as it’s supposed to I’ll just tell them we were growing exotic miniature varieties of everything.  Very in demand in the high end culinary world. 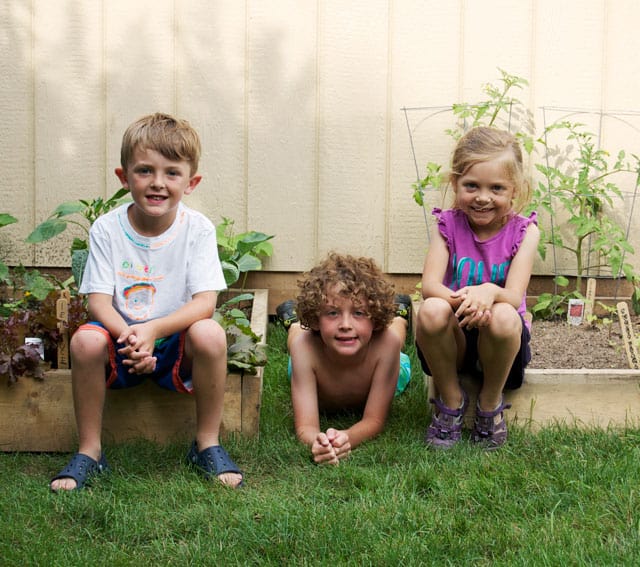 Have a good weekend and remember the best presents don’t always come in small packages.  Sometimes they come in manure.