Home » My Life » Me » What I Did On My Vacation. By Karen.An introduction to my New Year’s resolution

What I Did On My Vacation. By Karen.
An introduction to my New Year’s resolution

I took a week off.  Don’t know if you noticed.  For one full week I didn’t post a single thing.  I’m a bad blogger.  Bad blogger.  All the uppity, better bloggers worked right through the Christmas vacation.  Or at least they appeared to. What they probably did was kill themselves prior to Christmas writing extra posts, which they then posted last week, making it appear as though they were working, when in fact they were farting on the couch.

I vowed that during the week between Christmas and New Year’s Day I was going to acquaint myself with relaxing.  I’m not sure if my true personality transcends this whole Internet thing, but the truth is … I’m kindda hyper.   If this were a job interview  I would rephrase that as “I like to stay active and am self-motivated”.

So for one week I forced myself to relax.

I had no idea, but as it turns out, I’m kind of an excellent relaxer.  A champion relaxer.  I’m destined  to win prizes and stuff  for it.  I’m very proud of this because until recently (last week) I judged people who relaxed.  For years, when people told me they were “relaxing”, what I heard was “I’m a mouth breathing idiot who’s fascinated by my own toes”.  To me, people who relaxed were looooooosers.  People who didn’t have anything important to do.  You know.  Like empty the dishwasher.

Then this year, I started to understand the importance of relaxing.  I don’t know if it’s because I’m getting older and wiser or older and wrinklier, but I definitely see the benefits to relaxing as I age.  Relaxing isn’t selfish, or self indulgent or a waste of time.  It’s an important part of life.  As important as working, playing, exercising or buying toilet paper only when it’s on sale.

So I’d like to introduce you to the new me … the me I found on vacation … “Relaxing Karen”.  Observe me in my natural habitat … 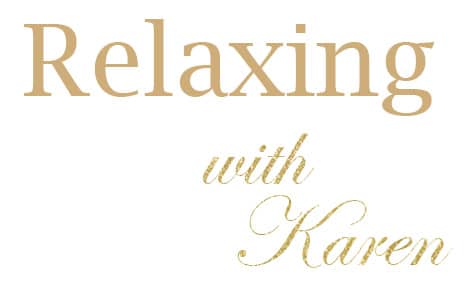 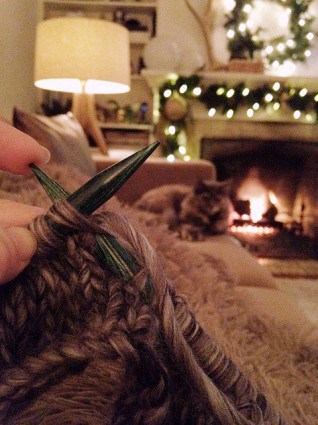 I curled up on the couch and did some knitting.  Yeah.  I probably farted too. 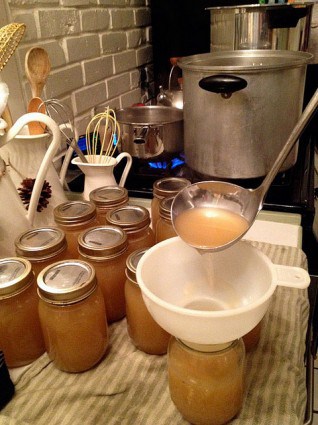 I got a bit bored with knitting so I figured making 32 jars of homemade chicken stock and pressure canning it was kind of relaxing. 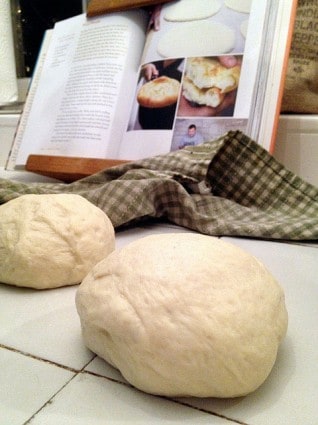 I want to relax in the typical way, but … I got a new cookbook I’ve been dying for.  Hard to “relax” when there’s a pizza dough recipe just lookin’ at ya. 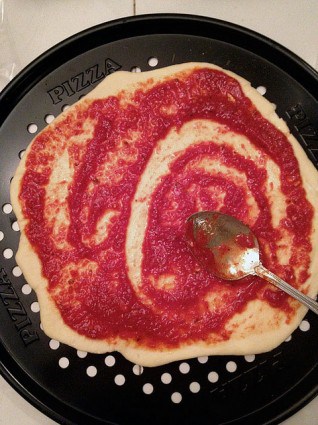 And can you believe I’ve NEVER made my own pizza sauce from scratch??  Decided it was best to try to do that while I had some time on my hands. 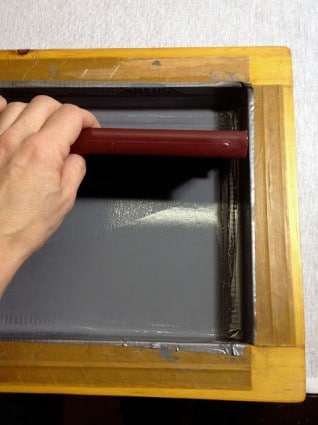 And then I taught myself to silk screen.  That’s when time ran out and my relaxing vacation was over, so I never got a chance to figure out how to speak Mandarin. Which kindda sucks.

Clearly I’m not ready for the relaxing championships as of yet, but I’m still in training.  And frankly, teaching myself to silk screen is relaxing to me.   So my New Year’s resolution is to not only make time to relax, but to actually relax during that time.

The fella’s New Year’s resolution is to run The Around the Bay Road Race in Hamilton.  He’s in training for it by increasing the amount he runs around every day.

I’m in training for my New Year’s resolution by increasing the amount I don’t run around every day.

So here’s where things get good for you.  The fact that I took a week off, combined with the fact that I didn’t exactly “relax”, means I came up with a few new things to teach you.  You can look forward to learning each and every thing I did during my “relaxation” vacation in the near future.