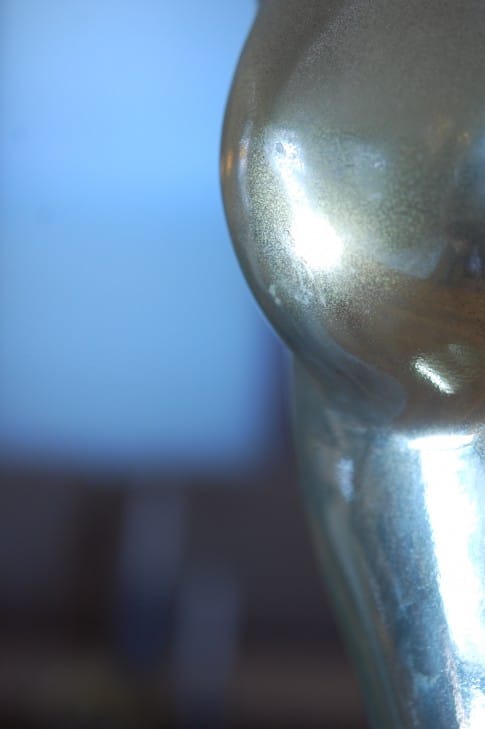 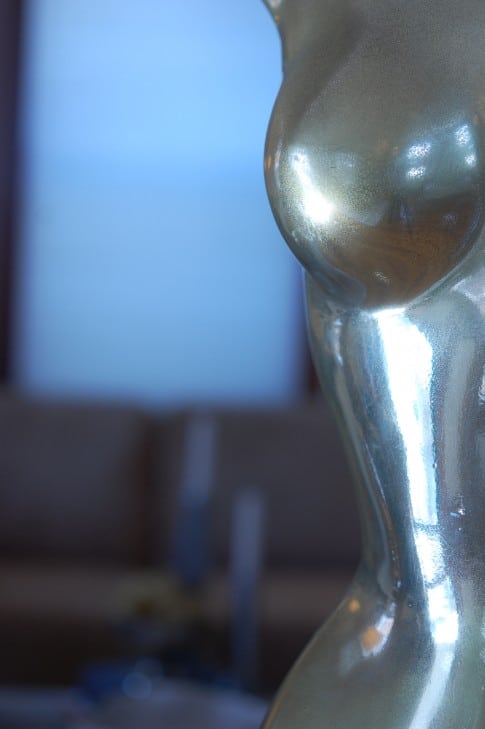 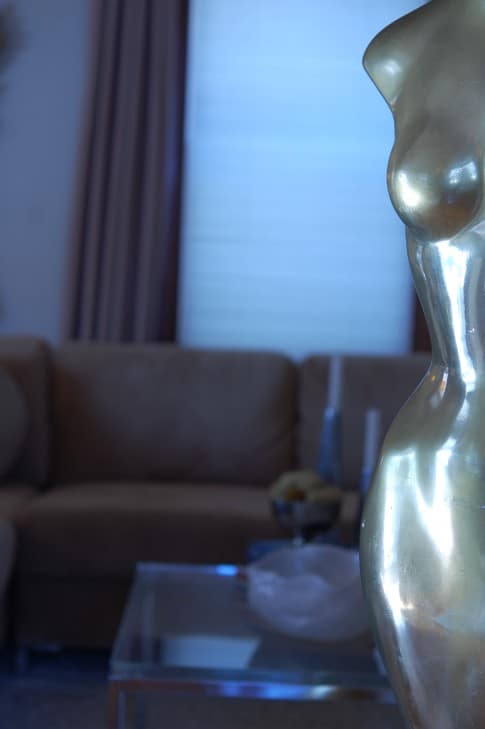 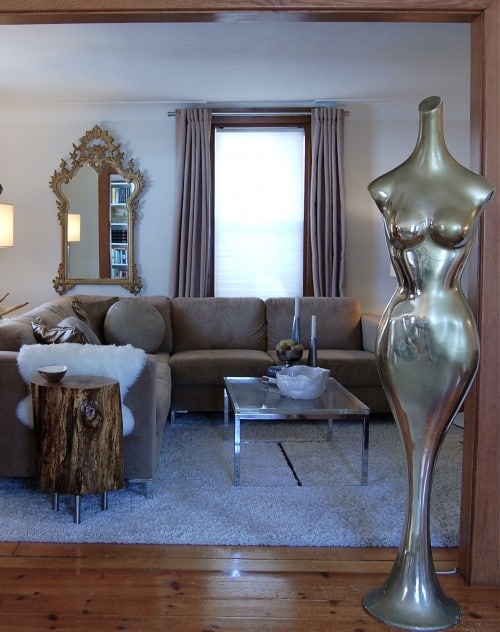 Just in time for the Academy Awards. 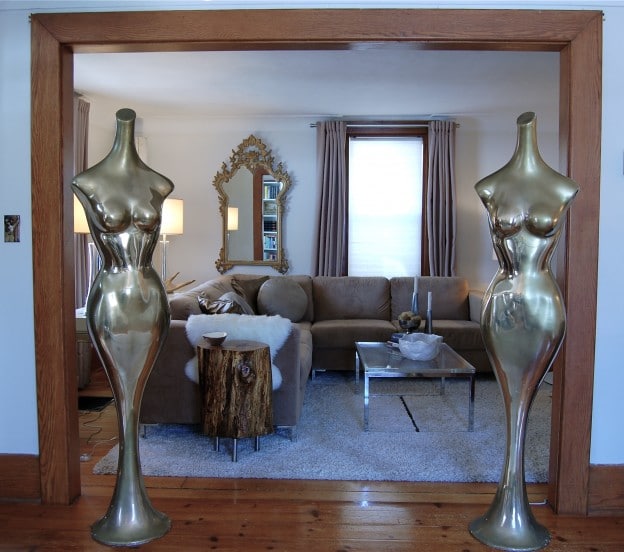 I have two of them. 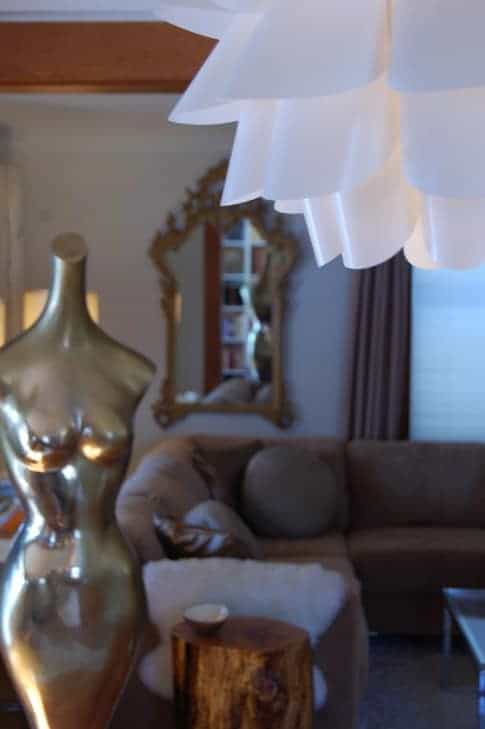 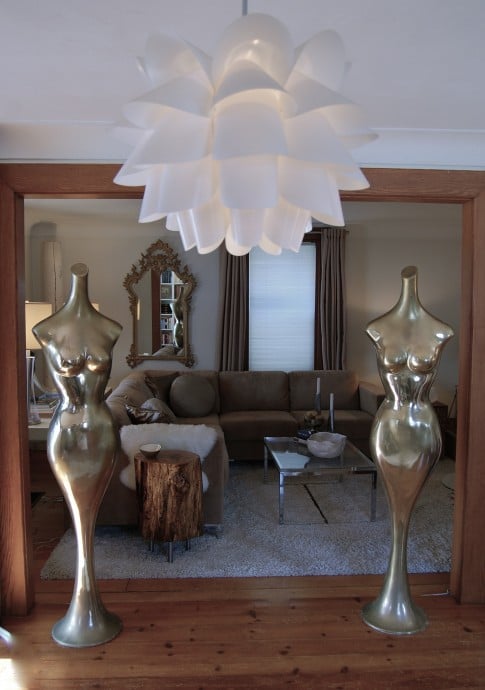 I know what you’re wondering so I’ll address it right now.

I found them in the garbage.

Seriously. About 5 years ago I was driving around, sipping a hot coffee and doing a little dumpster diving in an attempt to replenish the stock in my antique booth. I found a huge pile of trash outside of an apartment complex. These were in it. Bright, shiny, beautiful garbage, surrounded by old microwaves and velour couches.

Every time I look at these things I think,  Who would throw those out?  Who in their right mind would ever throw those out! If they happened to be looking out their window as I shoved them both into my car, the previous owners were probably thinking Who would take those things?  Who in their right mind would ever take those things? I would.  Me.  I’m the one.

I had them on display for a little while, then decided they were a bit much.  So I put one away and left one out.  Then I decided even one was a bit much.  So into the basement they went, which is where they live, all year long,  until Oscar night.

Every Sunday morning of the Academy Awards, I drag my pretend Oscars out, flank the living room with them and start preparing my appetizers.  For as long as I can remember I don’t make “dinner” on Oscar night.  I make appetizers.  Lots of em.  Crackers and cheese, olives, bacon wraps, hummus and pitas, vegetables and dip, chips and dip.

At 7 o’clock I sit down for the pre-show, surround myself with my Oscar appetizers and get my Oscar pool sheet ready.  Which is exactly what I’ll be doing this Sunday when the 83rd Academy Awards ceremony takes place.

I can’t make you any appetizers, I certainly won’t be giving away my statues, but I can share my Oscar Pool Sheet with you.

Which I will  … tomorrow.