Home » My Life » Random Stuff » What was your FIRST job?

What was your FIRST job?

My mother is constantly bringing up the number of jobs I’ve had over my lifetime. I started to settle into my career life around the age of 26 when I was hired for my first television hosting job and spent the next 15 or so years hosting different shows for different television stations and production companies.

But before that. Well that’s another story. The part time jobs I had throughout high school and university ranged from picking strawberries to working in stores to slugging it out in a steel mill. The length of time I worked in these places ran from a few minutes to a few months.

I was particular about my working conditions and left my jobs as I saw fit. Often without warning or notice. Mainly I just decided this blows, and walked out the door.

On one particular occasion I was desperate for a job to buy Christmas presents for everyone in my family. So desperate I took a part time job in one of those mall clothing stores that thinks really bright fluorescent lighting, rolling racks filled with incomprehensibly awful and ugly clothing, and really loud, bad music is the way to go.

I did not agree with them. But I agreed to work there. I could struggle through it.

And I did. For a day and a half. For on the second day they told me I would have to wear a Santa Claus hat throughout my workday.

Now, I could force myself to deal with poor constructed garments made out of completely unrecognizable fibres. But I could not stand around selling this crap while wearing a Santa hat.

I set the hat down on the floor and quietly slipped out the door, never to return. I didn’t even pick up my paycheque, which I imagine would have totalled around $4.52.

I was in grade 8 and had a friend whose neighbour  distributed sunglasses. Peepers. They needed workers to take the glasses out of their plastic bags, label them and put a tag on them. We were required to work for 2 or 3 weekends. 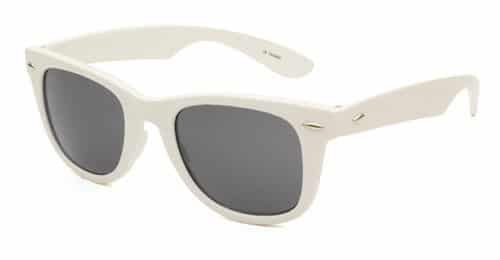 I remember 2 things about this job. The room we worked in was the driest dustiest place I’d ever been in outside of a cardboard box.  And, at lunchtime we all got to go to lunch like grown ups. At a restaurant. I ordered chicken fingers.

I will never forget that first job and the first paycheque that came with it. $19. I remember that distinctly because I ended up losing it. Being a stupid kid and all.

So now I ask you … What Was Your First Job?

Judging by what I know about the average Art of Doing Stuff reader, I have a hunch there’s going to be some very interesting responses.