Home » Everything Else » WHATEVER HAPPENED TO THAT BOOK I WAS GOING TO WRITE?

WHATEVER HAPPENED TO THAT BOOK I WAS GOING TO WRITE? 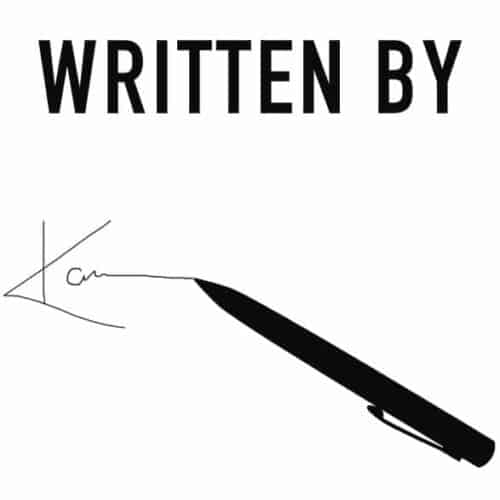 My mother says she doesn’t believe in massage.  The same way you’d say you don’t believe in ghosts or unicorns. I can understand not believing in Going out of Business Sales, but massage?  Betty has a healthy scepticism of a lot of things including but not limited to men, cheap shoes and expiration dates on food.  So when I told her I was thinking of writing a book I expected the same healthy amount of Betty scepticism she had for many other things in in the world.

And I got it!  “Someone wants you to write a book?  Who? What would you write about?  What makes them think you should write a book?  That’s weird.”  Betty isn’t necessarily convinced I’m a writer, although in these past few years I suspect she’s coming closer to realizing I do indeed write things.  Curiously that doesn’t necessarily make me a writer.

Like a lot of people, my mother associates being a writer with having things printed on a page that are either delivered to your door or bought in a shop.  If it is free, is delivered on your computer and doesn’t involve any swarthy characters or plot twists … it’s not really writing.  And I kind of agree.

Well not really, but let me explain.  It used to be, to have others read your writing you had to go through other people, smart people who wore tweed and smelled of paper before anyone else in the world was allowed to read your writing.  These bookish people who instantly knew 1,437 different synonyms for any given word off the top of their heads were known as editors, agents and publishers. If you could find a bunch of those kind of people who would all confirm that you were a good writer they might allow you to make your writing public.  Books, magazines, newspapers.  Print.  Actual ink to paper print was the only way for a writer’s work to be made available to the world not so long ago.

Now?  Now anyone with a keyboard, a few fingers or even a mouth with a pencil in it can tap out anything they want and send it not only to a few bookstores, but to the entire universe with the click of the return key.  Now everybody can be a writer.  Maybe not a great one, maybe not even a mediocre one but a writer nonetheless.

But even I, someone who writes in exactly that way, clacking away on my laptop keyboard until it’s time to send it out into the world, thinks that a having a book makes you a “real” writer. It’s partly because of the notion that some really intelligent people, people who have been trained to spot good and bad writing are willing to let you into that circle of printed word authors.  They believe in you.  THEY think you’re a real writer.  Or at the very least they think you’ll make them money, which is really what it boils down to for the publishers.

For me, writing a book is more about ego than anything else.  A writer makes almost no money on their first book and if that first book doesn’t sell well there is no second book.  But it’s a book.  A hard covered book that the writer can put in their bookshelf or on their coffee table and marvel at.  That’s my book.  I am a writer.  It’s ego.

As it turns out I don’t have time for ego.  Writing a book takes an insane amount of time.  I knew that when a literary agent from New York (being from New York makes anyone seem more valid) contacted me a couple of years ago and asked if I was interested in writing a book.  I knew I didn’t have time, I knew I used all my best ideas in my blog and yet I knew I wanted to write a book.  Why?  Ego.  I wanted to see that book, printed and sitting on my coffee table.

It took me a year to write the proposal for the book (you have to write a proposal which your literary agent then shops around to publishers) with the help of my agent. She’s GREAT.  She just gave me little bits at a time to do and made it almost manageable. But a year?  It should not take someone a year to write a book proposal.  Once it was finished we were both really, really happy with it and so she sent it off into to the next round of smart, tweed clad people, the publishers and THEY liked it too. And that’s where things ground to a halt.  You know who didn’t like it?  The sales department.

We had written a proposal based on my blog, so it was DIY projects, engaging writing and great photos.  By the time I finished the proposal the demand for DIY books had disappeared.  NOW people wanted “lifestyle” books according to the sales departments at every publisher.  I didn’t even know what a “lifestyle” book was.  I still don’t.    So Maria, my agent, asked if I’d consider redoing the proposal and making it a “lifestyle” book.  She believes in me and the potential success of my book.  I’m guessing Maria also believes in massage.

But for now the book is on hold.  I haven’t said no, but I’m not exactly rushing to write another proposal for a book that may or may not be accepted by the smart people and which I’m guaranteed to make no money on after spending 2 years writing it, a year promoting it and … and … and …

Judging from my last sentence there, it’s probably a wise decision.

So no book for now.  But writing? I’ll continue writing.  Because I am indeed a writer.  And I don’t need no smart person telling me so.