Home » Tips » Cleaning » Your top 3 cleaning tips as chosen by me.

Your top 3 cleaning tips as chosen by me.

A few weeks ago I asked you to give me your favourite cleaning tips and 220 of you did exactly that.

Tip after tip after tip. By tip number 175 I could have killed you all. No offence of course, but it’s completely true. I even had my methods planned out.

I read each and every one of your tips and I tried a lot of them. I hate cleaning, but love experimenting, so this worked to my advantage. And don’t think I didn’t think of that when I originally wrote the post. Whatever motivates you, right?

Actually, like I’ve mentioned before, cleaning is fun, it’s the tidying and putting away that’s a pain. In a perfect world anything that’s in the wrong spot would either a) slowly migrate to it’s actual home on its own or b) slowly start to disintegrate until it eventually just disappears. The same wish applies to back fat.

So, after reading everyone’s tips I came up with the 3 I liked best. I chose the 3 I chose because they were simple, seemed very effective and I had an immediate “That’s brilliant!” reaction to them.

If I didn’t choose your tip don’t be insulted, it just means I probably already knew the tip and use it myself. So actually you’re very, very clever. 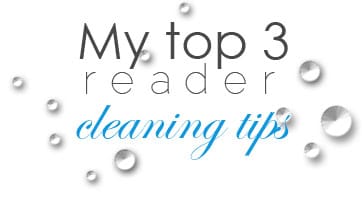 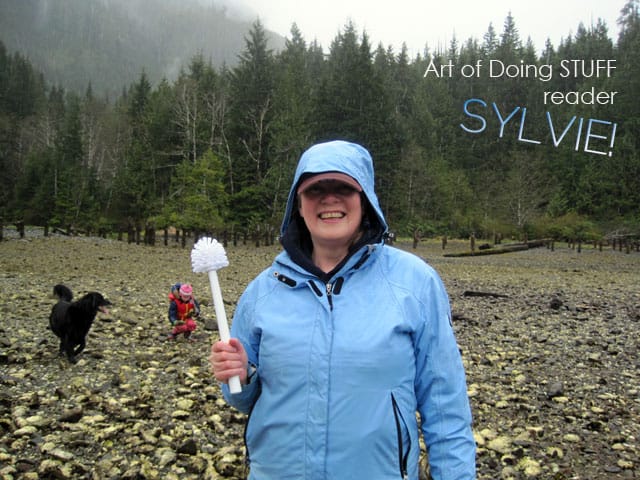 The second tip comes from Dianne who said she doesn’t just  use an old toothbrush to clean around her taps, she uses an electric toothbrush.  Brilliant!  We’ve probably all used old toothbrushes to clean with but I never even thought of using an electric one.

I have the world’s most difficult bathroom taps to clean.  My old kitchen ones weren’t much better.  There’s so little space between the back of the tap and the wall that it’s almost impossible to get in there, but a tiny little electric toothbrush head would be perfect.  Plus of course, I’ll finally be prompted to use the electric toothbrush I bought 4 years ago.

The final tip came from both Tanya and Paula.

This final tip knocked my socks off. Literally.  As you’ll see in a moment.

They both said they used a paste they learned about on Pinterest.  It’s a mixture of baking soda, hydrogen peroxide and Dawn dish detergent.  This concoction is supposed to be a WONDER cleaner.  Most people seem to use it for the yellow underarm stains on white tee shirts. 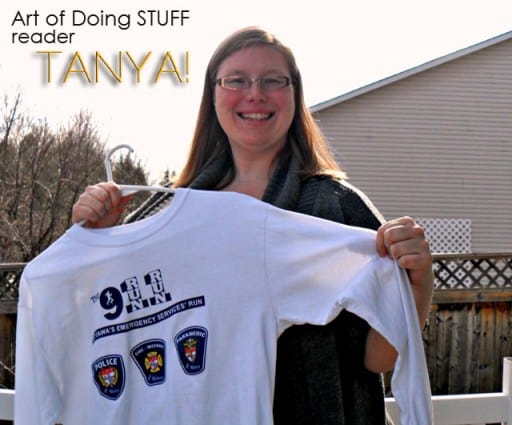 (how great is Paula’s son’s tee shirt by the way?) 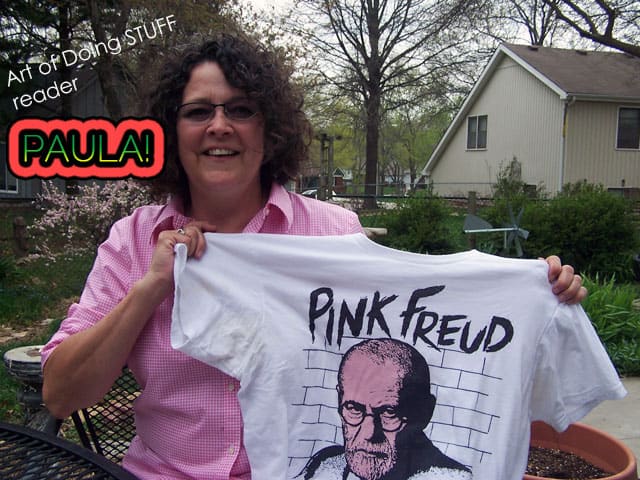 I had to try it immediately. I had heard of these sorts of mixtures before but didn’t really put much faith in them for some reason.  Oh wait. I know why.  Because the Internet lies.

What you see above are my dirty, dirty socks. If the fella had been here I would have used HIS dirty socks because then I could blame the grossness on the man (which comes in SO handy). But alas, I am the gross one and there’s no one else to pawn the dirt off on.

I wanted to set a control group, so I soaked one sock in my personal favourite Oxiclean, and applied the paste of Baking Soda, Hydrogen Peroxide and Dawn dish detergent to the other.  I really didn’t pay much attention to measurements, even though there are several actual recipes on Pinterest.  I just scooped out some baking soda, squirted in some Dawn and added Hydrogen Peroxide until I got a runny paste.  I let them both soak for one hour. After soaking I rubbed each of them vigorously for about 2 minutes each and then threw them in the washing machine. 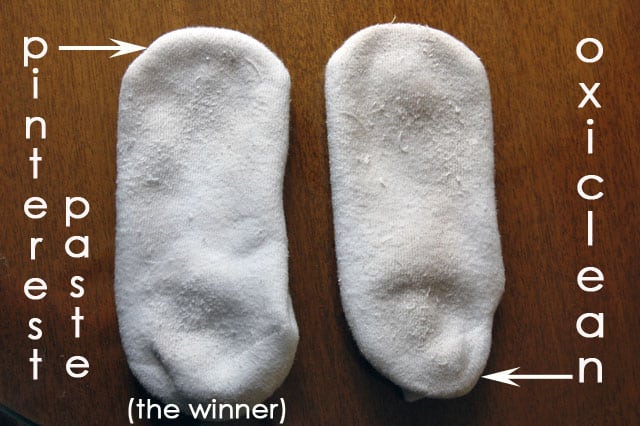 Admittedly it’s hard to tell from the picture, but the Pinterest Paste absolutely worked better. It took less scrubbing by hand and came out whiter after washing. BUT, it’s only slightly better than Oxiclean. But it is better.

Thanks to everyone for sending in their tips and now that you’re all armed with 3 REALLY great cleaning tips, I hope you have a great weekend, completely ignoring everything that needs to be cleaned.

Read a book, watch a movie, plant a garden, learn to skateboard. Let’s leave cleaning for another day.