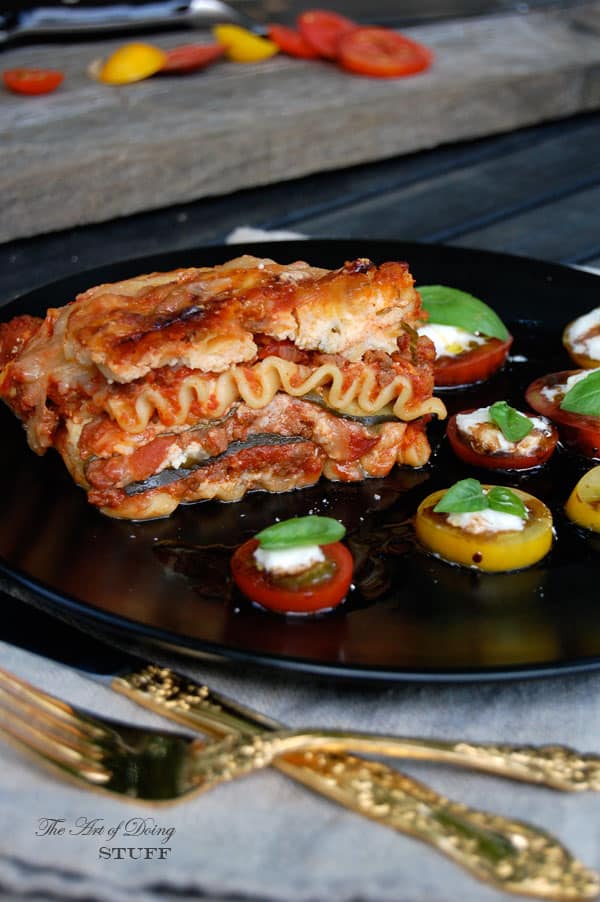 Hey.  Is that a banana in your pants or are you happily stealing my zucchini?  ‘Cause if  you stole some zucchini from my garden I’m O.K. with that.  Here.  I think you can probably shove more down your pants.  That’s right … just move your junk over and stuff it in there.

As gardeners we grow things so we can eat them and share with family and friends.  Most plants produce just enough for both.  Except the zucchini. The zucchini plant  is an ever growing monster that starts out cute and cuddly then morphs into a vegetable spitting freak. The plant starts early with a few perfectly formed fruits.  They’re delightful.  Like puppy breath.

You grill them and sautee them and they’re one of the first tastes of summer.  Then all of a sudden that plant is barfing out zucchinis like a drunk at an oyster bar.  The puppy breath has turned to puke breath. Not so cute anymore.

I myself, was the recipient of a Zucchini Fairy gift just last week. 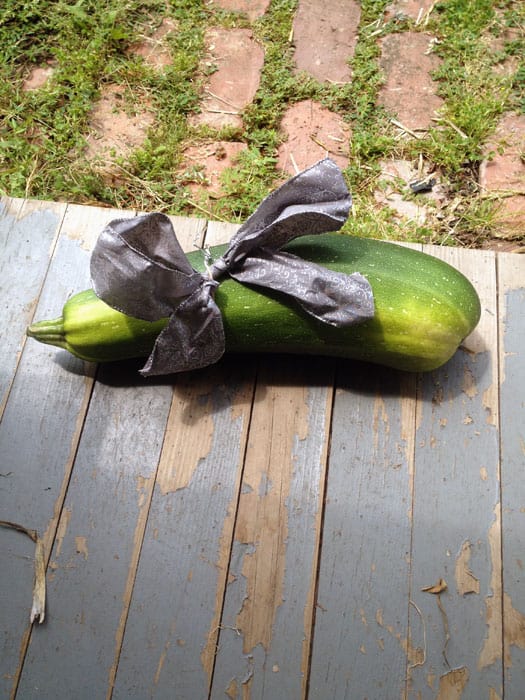 A whopper.  5.5 pounds of zucchini dropped on my porch tied with a bow.  The mystery fairy long gone, drool flying everywhere and laughing hysterically I’m sure. 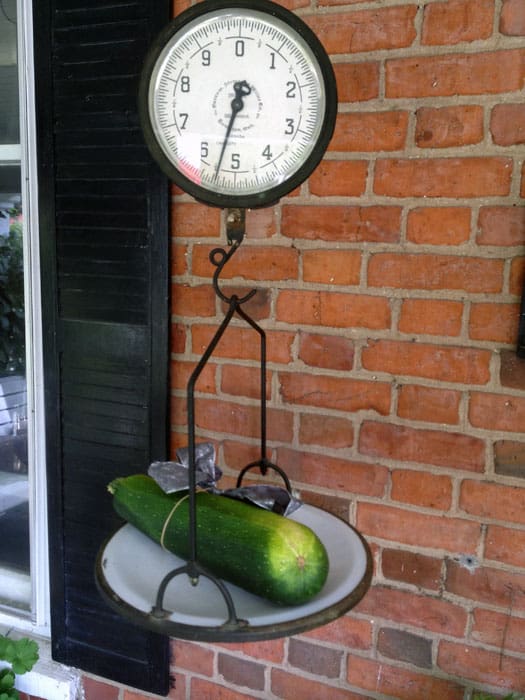 The only problem is that very same day I unloaded 3 of my own zucchinis on relatives.  It’s a never ending vicious circle that will only end when we all explode into flying bits of zucchini bread.

In an effort to keep both my lasagna craving and my back fat at bay, I tried substituting lasagna noodles with zucchini noodles the other night.

Zucchini lasagna can be made a few different ways but basically it’s all the same thing to varying degrees.  Instead of using lasagna noodles which are high in carbs, calories, taste and mouth feel, you use strips of zucchini.

You don’t need a special recipe, just use whatever lasagna recipe you normally whip out when the lasagna craving comes along.  You can either substitute all of the noodles for zucchini strips, or just some of them. 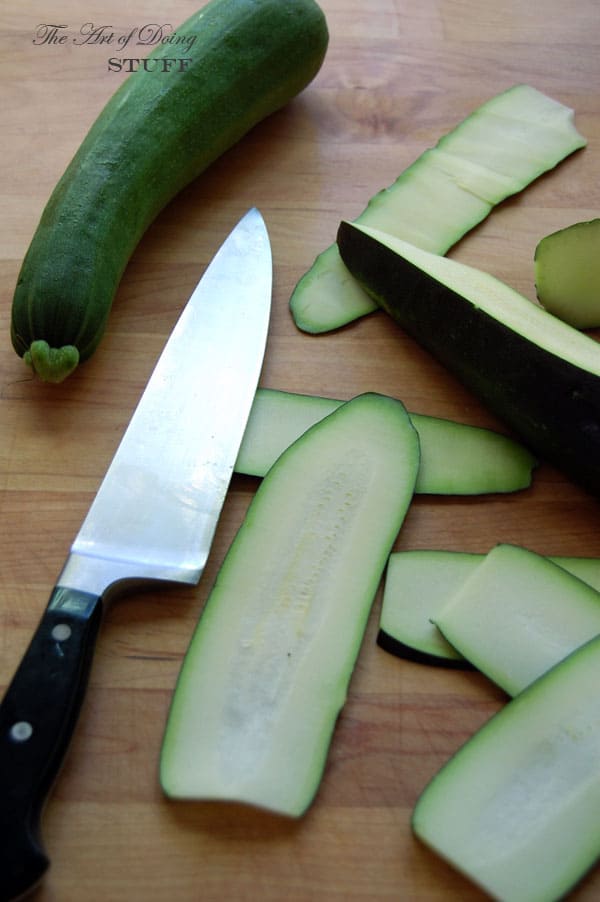 I decided I couldn’t face a lasagna without any noodles in it at all.  Just couldn’t do it.

My lasagna is normally 4 layers, so I decided to make the top and bottom layers with regular pasta noodles and the two inner layers with zucchini noodles.  That way I’d be cutting out half of the calories and carbs without (hopefully) sacrificing any taste at all.

If you have a mandolin use it to get even slices that are about 1/8th of an inch thick or less.  If you don’t have a mandolin, just cut the slides with a knife, like in the photo above. 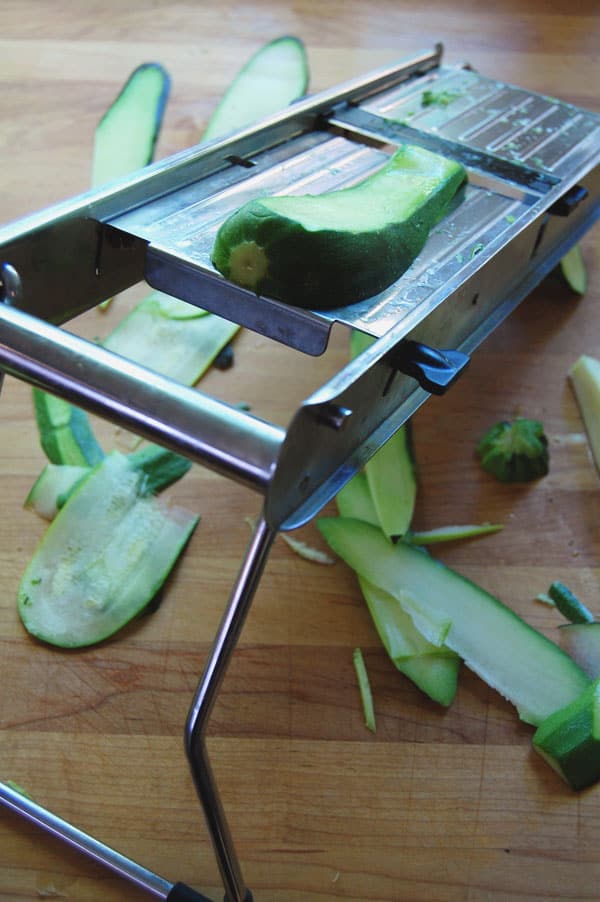 Lay your zucchini noodles onto a baking sheet and sprinkle the zucchini with salt.  Not a ton of salt.  Just sprinkle the noodles like you would if you were seasoning potatoes for instance.

Leave the zucchini slices to sit for around a half an hour.

Zucchini is filled with water so the salt will help to draw the moisture out.  If you don’t do this step your lasagna might end up being really watery.  Which is bad. That is a bad lasagna, making you a bad lasagna baker. 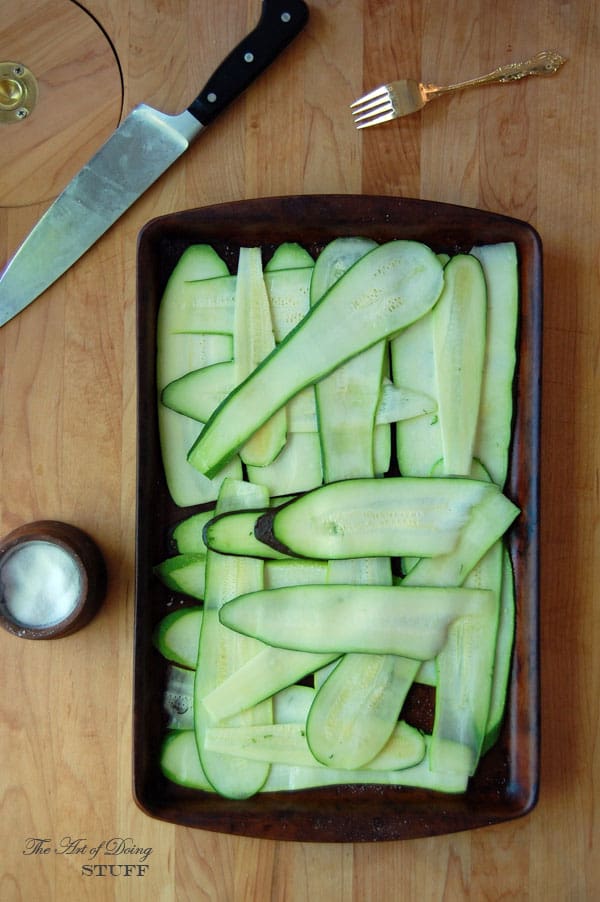 Once I rinsed my noodles I took it one step further and squished the zucchini noodles in my hand to squeeze out any extra moisture I could. 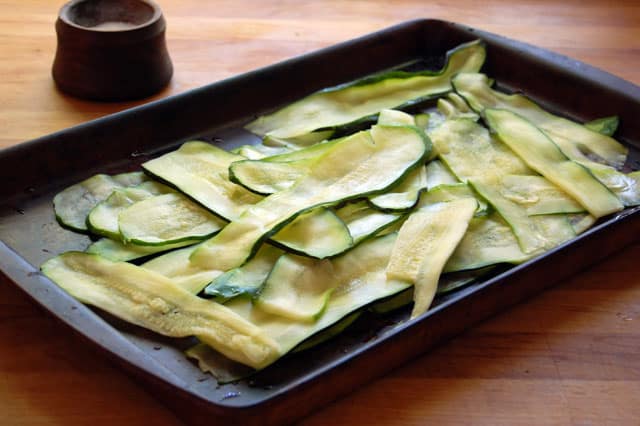 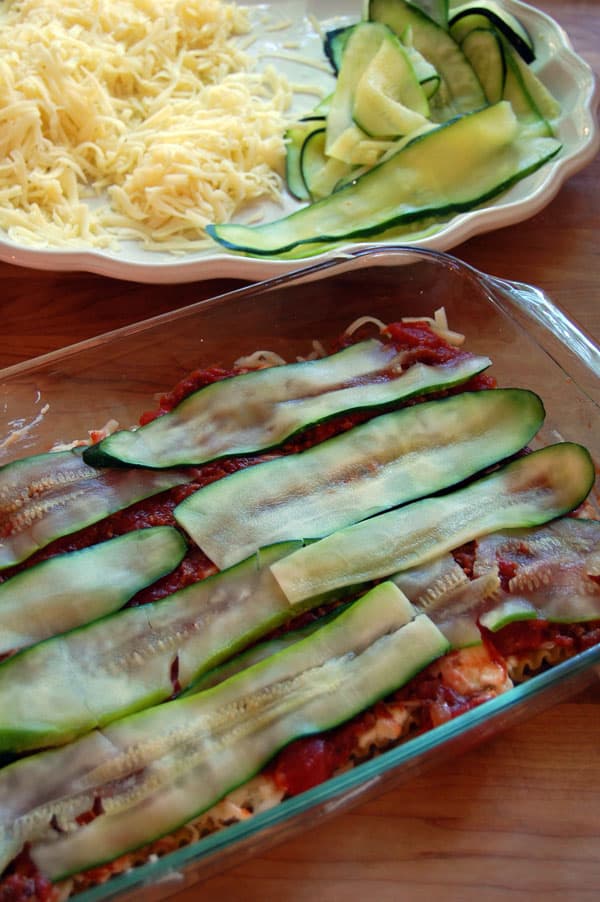 I threw the casserole in the oven and 45 minutes or so later I came back to a bubbling, gooey lasagna that looked like any other lasagna.  Unless you looked at it from the side, where you could see the zucchini.

So the question you’re wondering is, did a zucchini noodle lasagna pass the taste test?

To be honest I’d still prefer a regular lasagna filled to the brim with actual pasta.  But when you consider cutting out half of the pasta noodles eliminates close to 100 calories per large slice of lasagna … it softens the blow.  You also eliminate almost half the carbs, plus gain all the nutrients from the zucchini.  Zucchini is loaded with vitamins A, C and potassium.

This is the sort of thing I’d make again, but only if I was overrun with zucchini as I am at the moment.  Yes, you save 100 calories but let’s face it.  That just means you have that whole “100 calories saved” thing in your head.  And more often than not that doesn’t lead to weight loss.

It leads to dessert.