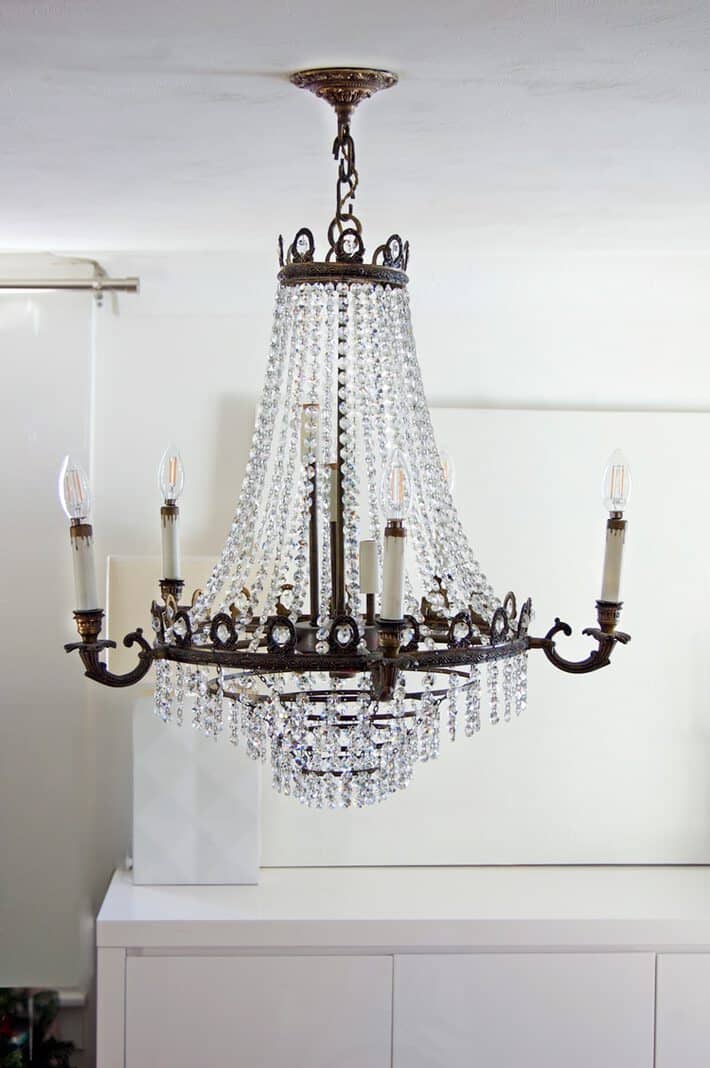 Once upon a time in a land far, far away, a girl named Karen had a lightbulb moment. What would life be like if she owned a sparkly chandelier?  The chandelier of her dreams?  Would she be happier?  And smarter?  And would money and math and maybe even monkeys come more easily to her?  If there was even a chance, she had to give it a shot.

She spent months scouring the most common places to find a sparkly chandelier; antique stalls, flea markets, newspaper ads and hotel lobbies.  But they were either too expensive, too dilapidated or too difficult to get at without the use of scaffolding and a stun gun.

Then one day, on a whim, she sat down on her couch (which she often accidentally spells as coach) and started searching the local for sale ads on her computer.  BANG.  Right out of the gates there was not only a sparkly chandelier, but it was the chandelier of her dreams AND it was only $100.  She bought it immediately and started dreaming of the life that would soon be hers.  Sitting on her pile of money, calculating complex math problems in her head while watching herds of monkeys ramble into her house to behold the beauty of the sparkly chandelier.

She spent days putting it together and cleaning and hanging it in the exact right spot.  She lovingly screwed bulbs into most of the sockets (not all of them, because there were like, 700 sockets in this sucker and she wasn't trying to land planes here, just add some pretty mood lighting) and in a moment of ceremony flicked the switch.

At which point there was a big bang and all the lights in the room went out.  Peering over at her dimmer switch it appeared to be  gently smoking.  And not in a good, after sex, I'm so satisfied way. 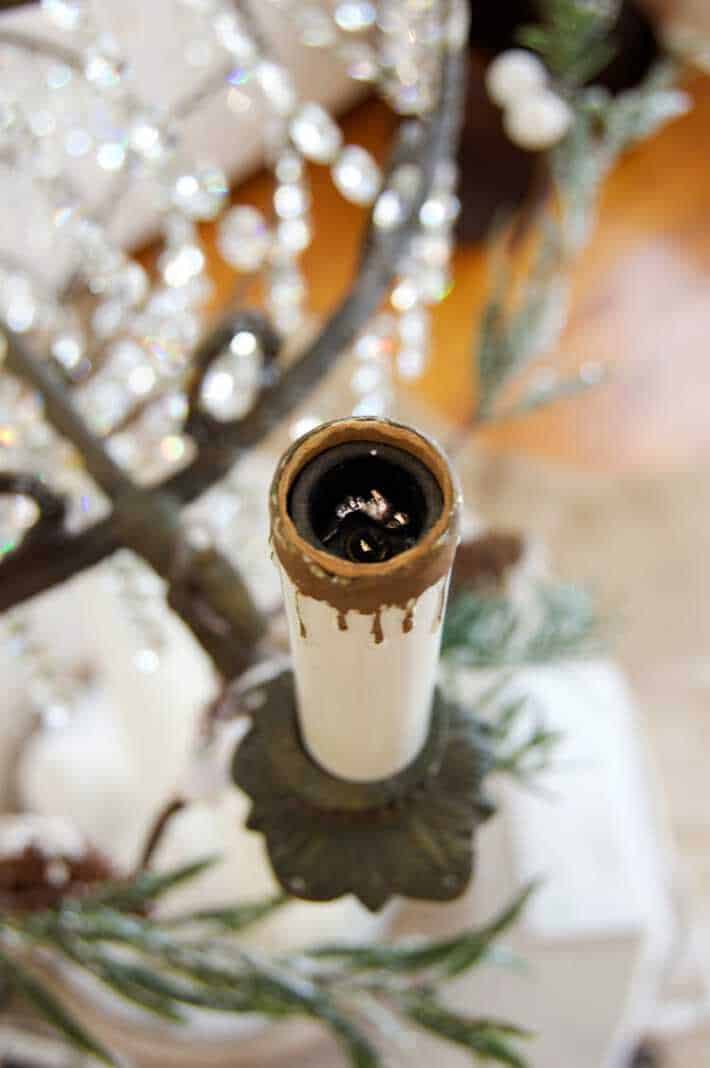 Yup.  That $100 deal of a chandelier I got off of Kijiji this fall was a bit faulty.  Go figure.  After crying and banging my fists on my head, cartoon-style, I took a look at the chandelier I found it wasn't a huge problem.    Sure it tripped the breaker, sure it completely blew out my dimmer switch and sure I still couldn't do math, but ... it was an easy fix.

What happened was one of the chandelier arm sockets was blown out.  It seemed to have some metal from the bottom of an old light bulb burned and melted into it.  Which in turn alarmed the sensitive and attractive chandelier when I turned it on forcing it to self destruct before my entire house burned down.

So actually, it was quite a thoughtful chandelier.

The fix?  Replace the socket. 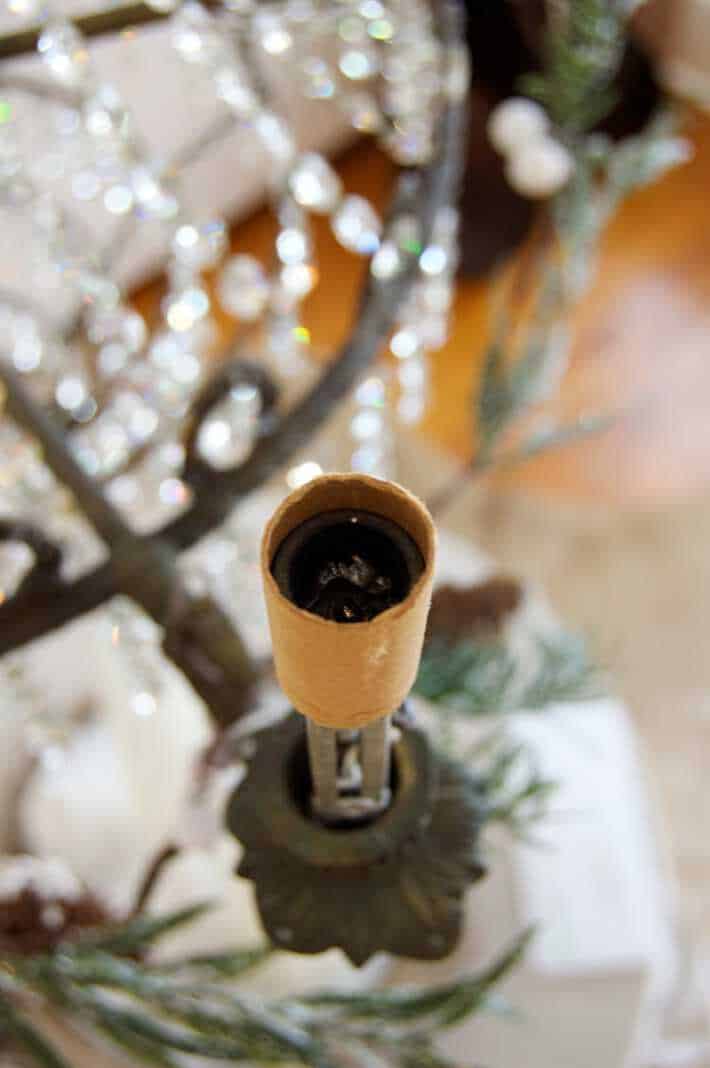 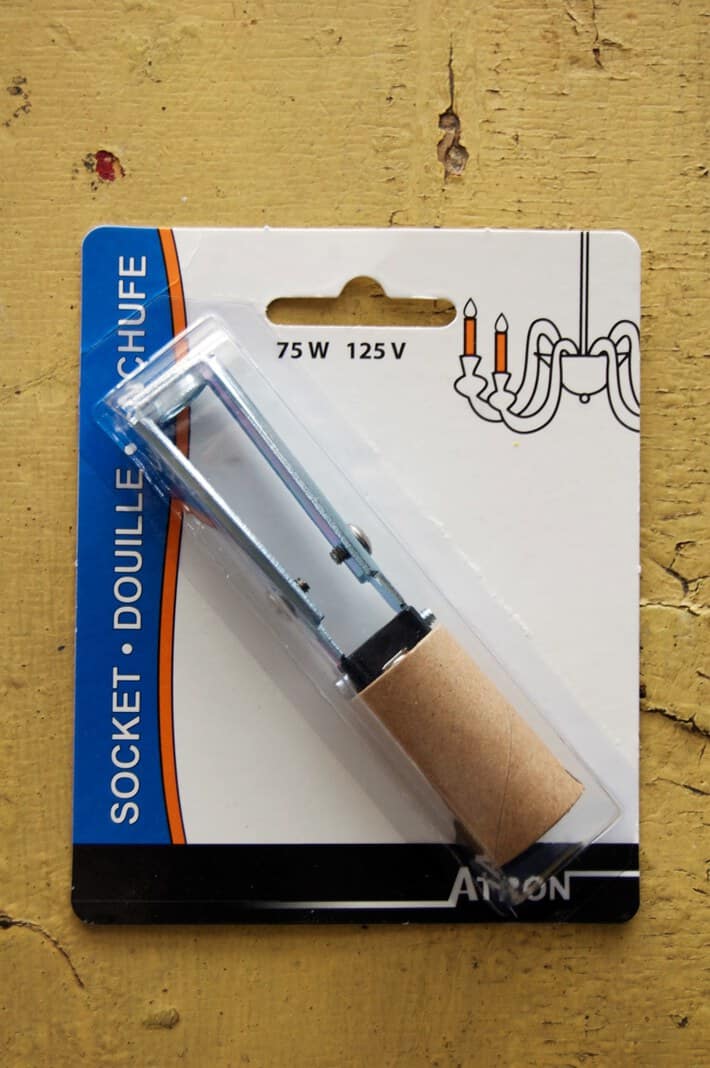 4.  Grab your new chandelier socket.  They come in 2 sizes so make sure you get the right size. I bought mine at a local hardware store so they're not hard to find but you can also order them on Amazon.

5.  Take a photo of the socket BEFORE you start undoing any wiring.  You think you'll remember where everything goes but you might not.  Taking a quick photo is the easiest way to avoid mistakes. 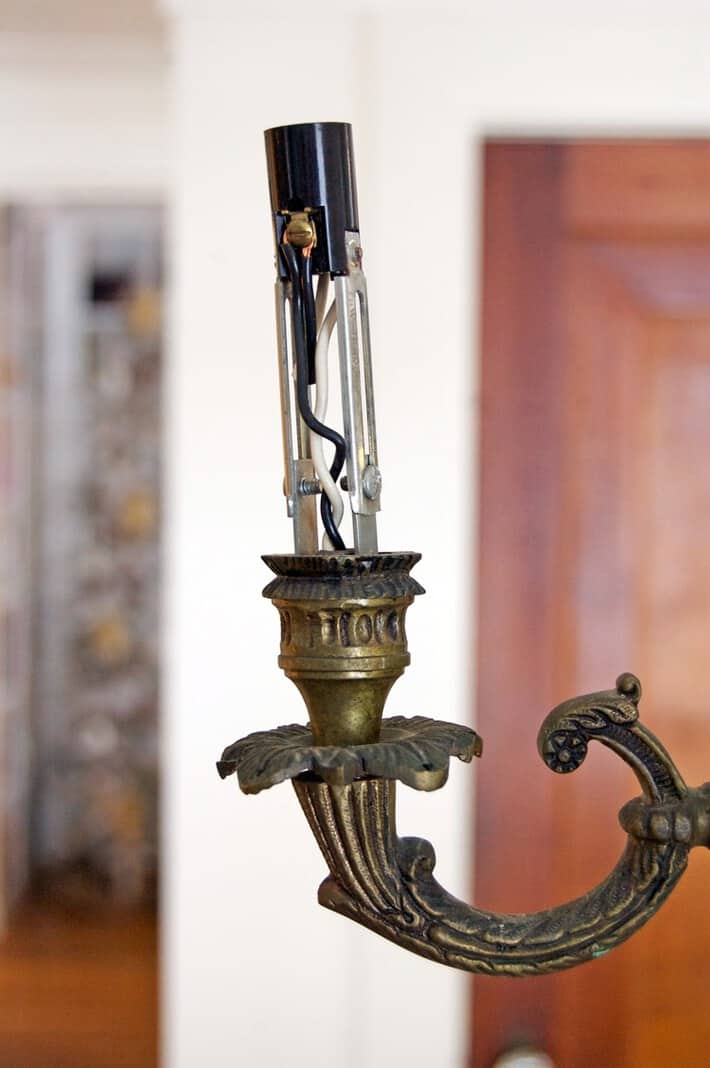 6.  There are only two wires. A black and a white that attach to the top of the socket. 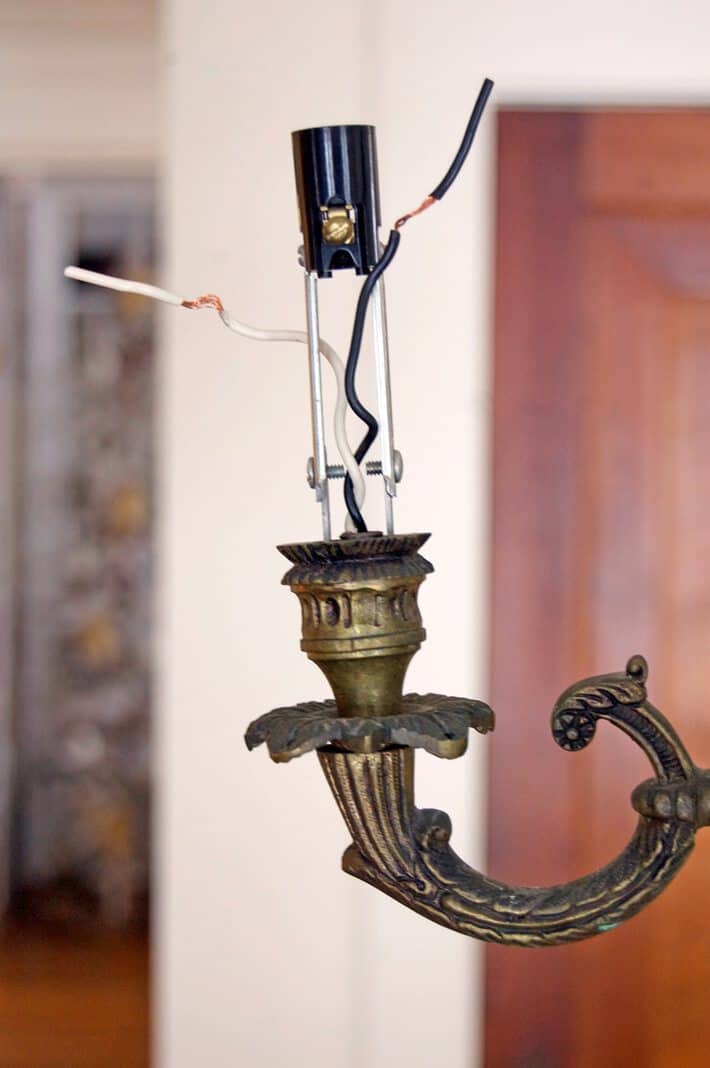 7. Using a screwdriver loosen the screws the wires are wound around and remove the wires from the old socket. 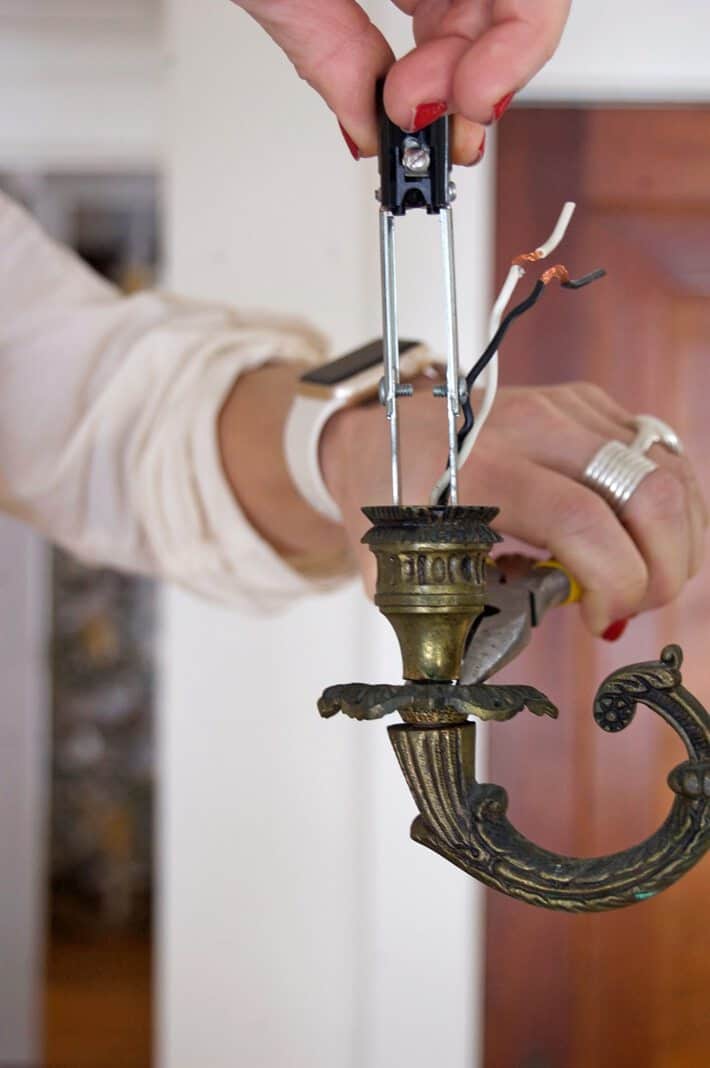 8. Remove the old socket.  It simply unscrews.  You might need to use some pliers to hold the base so you're only unscrewing the socket not the entire rod it's threaded onto. 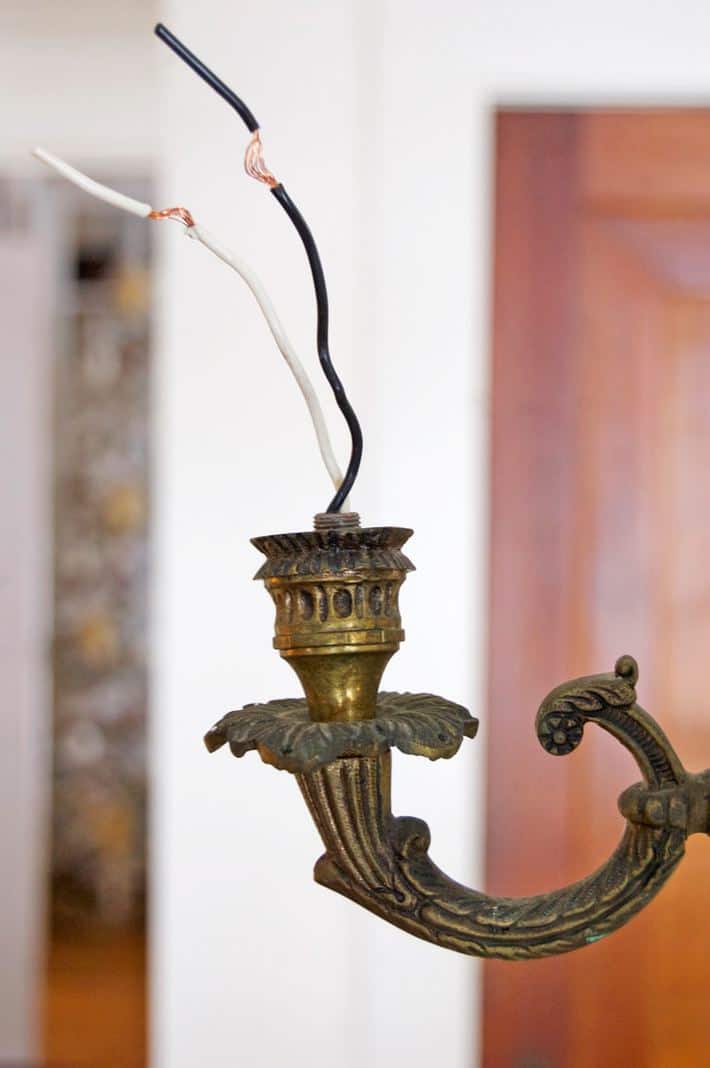 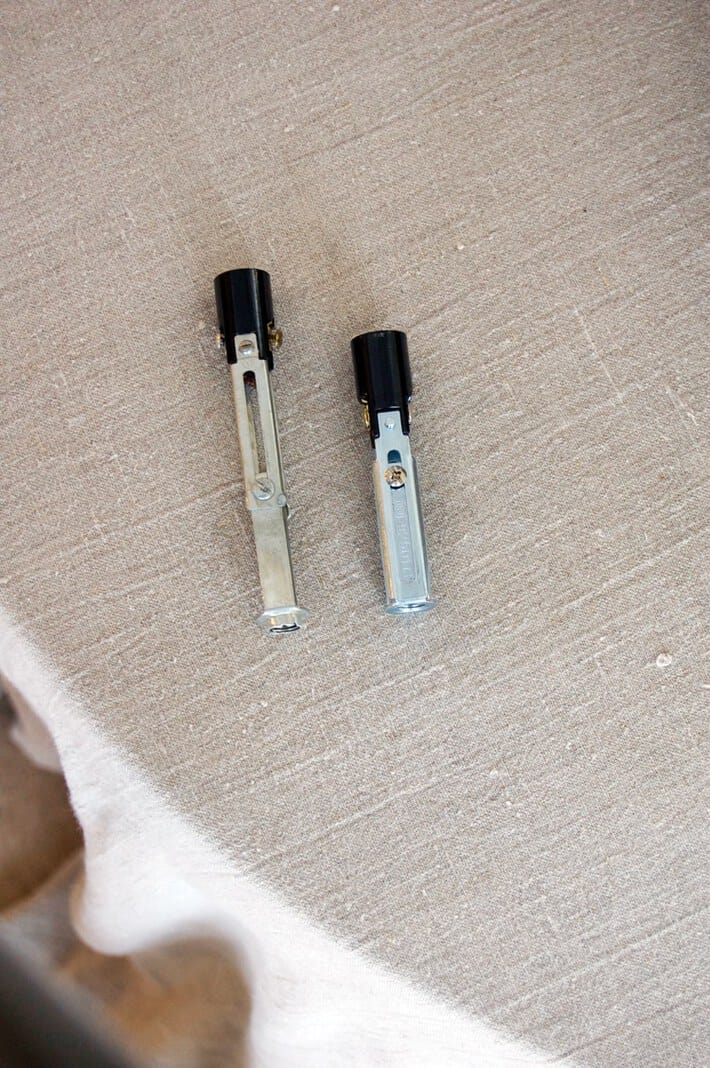 10.  Like I said the sockets are adjustable. They just slide up and down. You can see the old socket on the left and the new socket (which hasn't been adjusted to the right height yet) on the right. 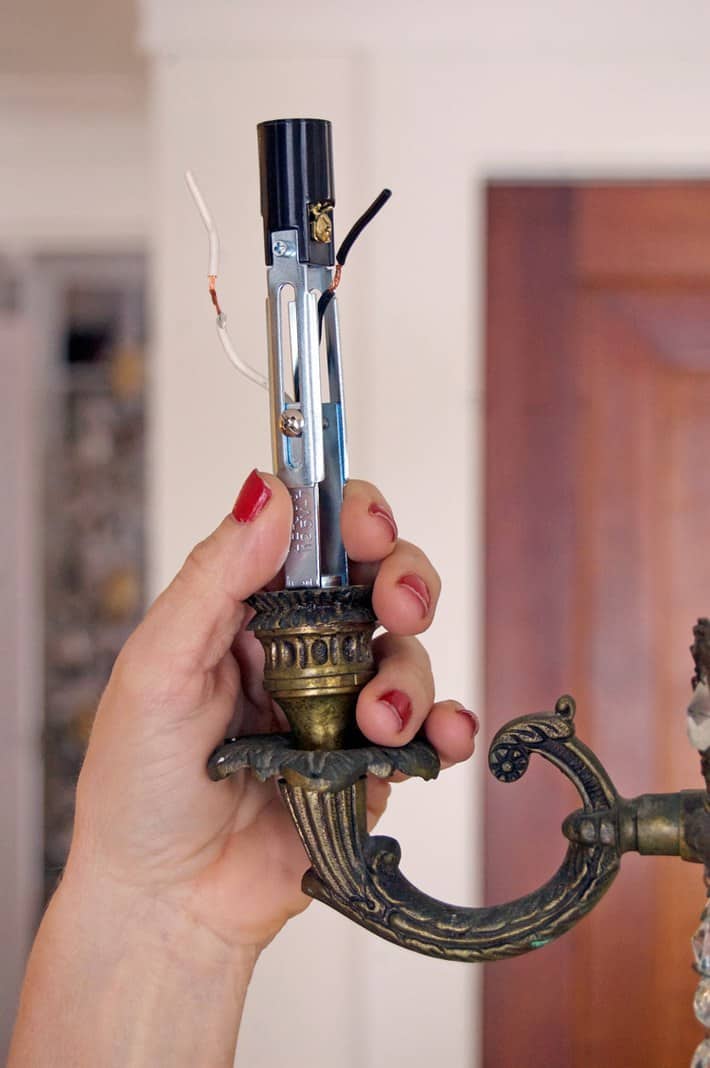 11.  Screw the new socket into place with the wires coming into the middle of the socket. 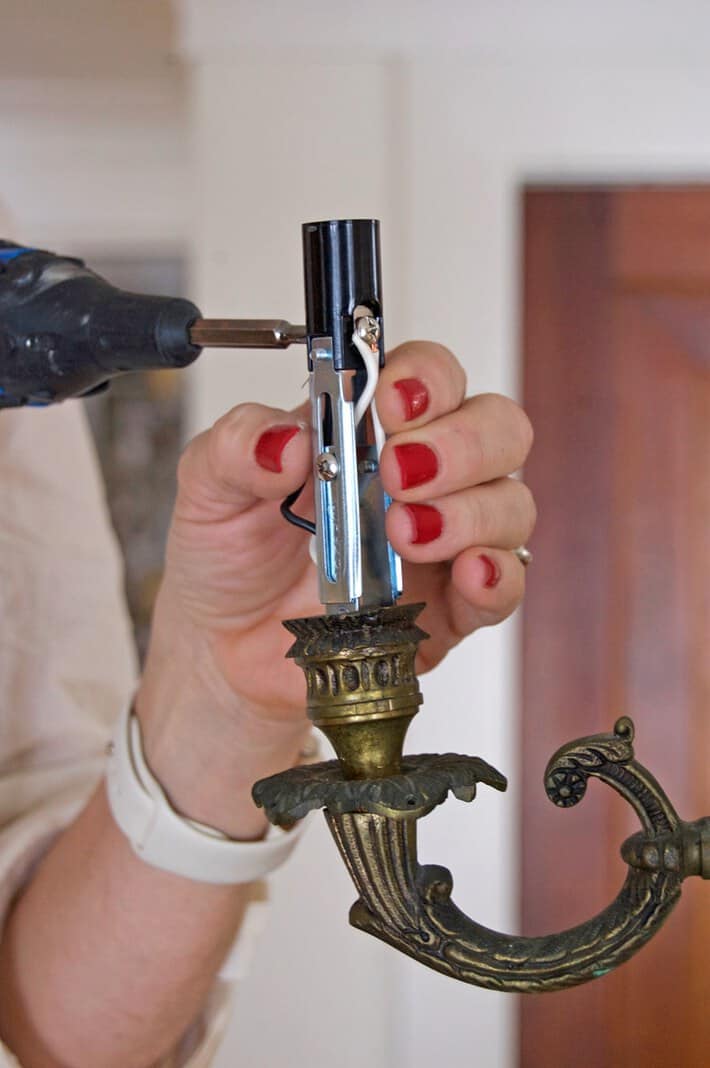 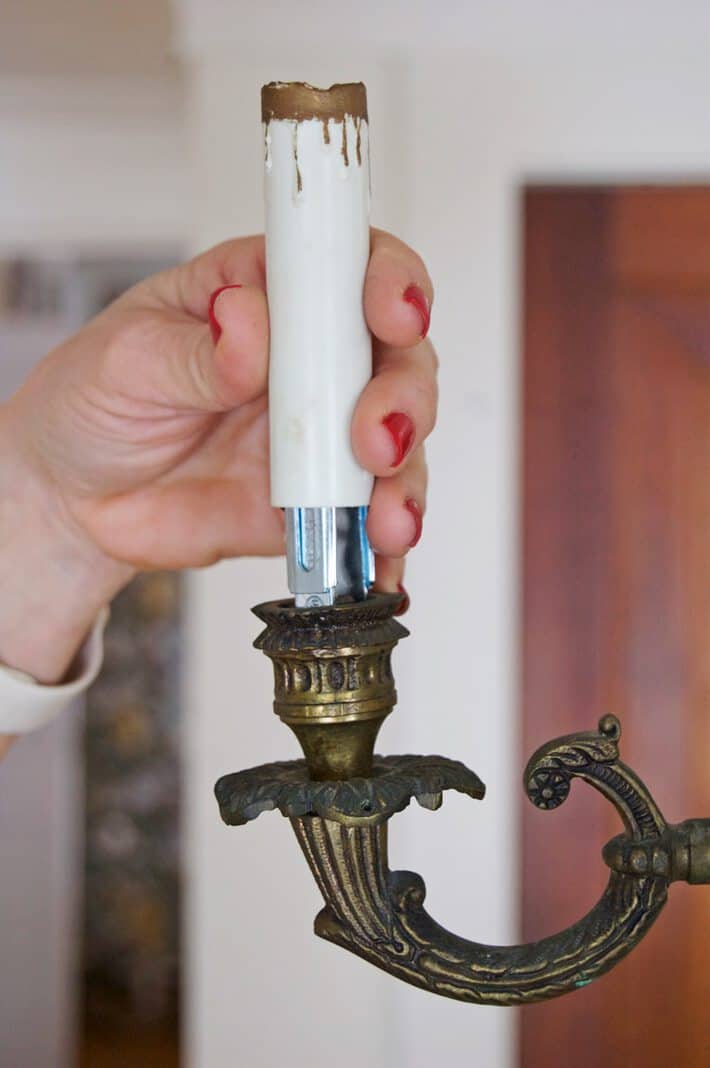 13.  Slide the cardboard insulator and plastic cover on again. 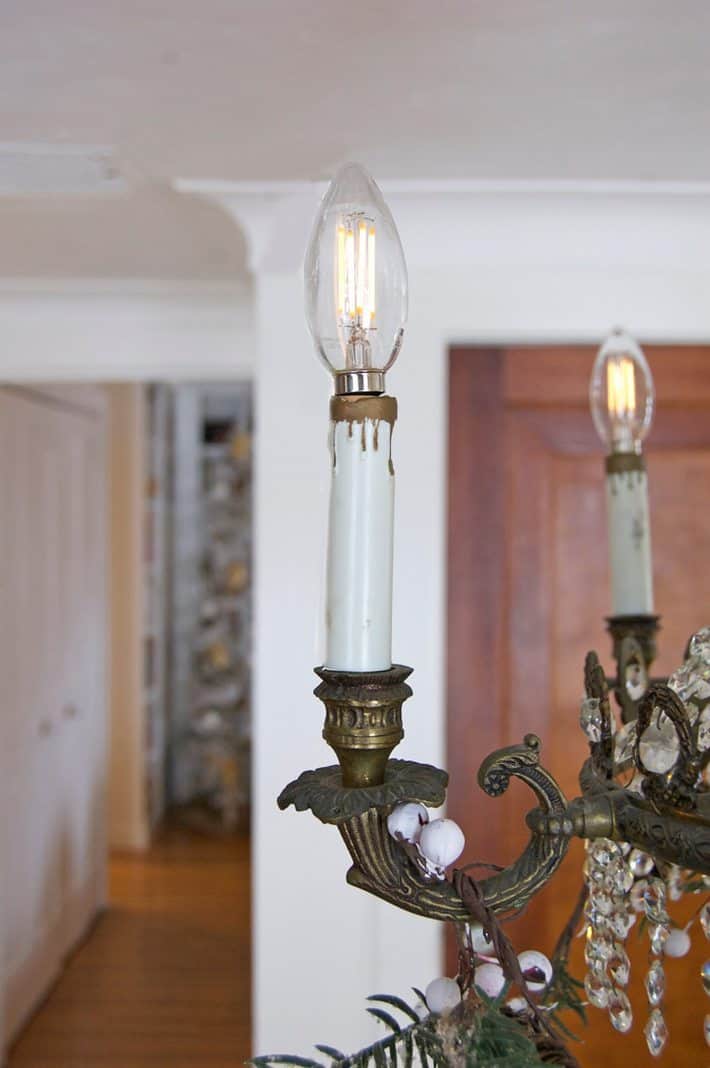