Unless it's in a batter, I don't like eating fish, but I sure do like lookin' at em.  They're calming and tranquil.  Like Xanax with gills.

When I moved into my house it came with a fully stocked pond.  Mainly Goldfish and Shubunkens.  11 years later, most of those fish and several of their offspring were  still alive.

Then last summer, they started dying.  Just dropping dead for no apparent reason.  The only thing that I'd done differently was I'd introduced 2 new fish that I bought at our local nursery.  In the words of Julia Roberts in that charming classic where she plays a prostitute ... Big Mistake.  HUGE mistake.

NEVER buy  your fish from anywhere other than a fish store.  At the very least, check to make sure they test their fish and quarantine them until they check out to be disease free.  Mine you see ... were not disease free.  They were laden with disease.  And not just regular old fish disease.  Deadly almost undiagnosable fish disease.  A certain type of parasites to be specific.

After several MONTHS of phone calls, Internet searches and fruitless conversations with people who claimed to know all about fish but in actuality, DIDN'T - I found the cause and the solution.

I found it with the help of Clarke Koi Ponds.  When no one else could help me, these guys actually diagnosed my fish parasite OVER THE PHONE!  They had probably the most insightful and helpful customer service I've ever encountered.

Finally I had a solution.  They told me what I needed and shipped it out to me immediately.  You see things were getting quite serious.  My fish were literally falling apart.  They started with little marks on their gills or the side of their bodies. These marks turned into ulcers which in turn, turned into BIG, GAPING HOLES IN THE SIDE OF MY FISH.

So ... on the off chance there's even ONE person out there who has this same problem ... I have for you ... the solution.

It's a little product called Tricide-Neo.  You use it in conjunction with another treatment plan for your fish.  I'm not going to explain the whole process, but if you have these HUGE gaping holes in your fish ... the fish store you buy the Tricide Neo from will tell you how to properly use it.  (make sure you have an expert confirm this is the product you need)

If you have no interest in fixing fish with cavernous holes in their sides and their guts spilling out, you MAY still be interested in this post.  Because it's completely and utterly FASCINATING.  Real Bionic Man kindda stuff.

You see, Tricide-Neo allows the fish to grow back.  This is how it all went down ... 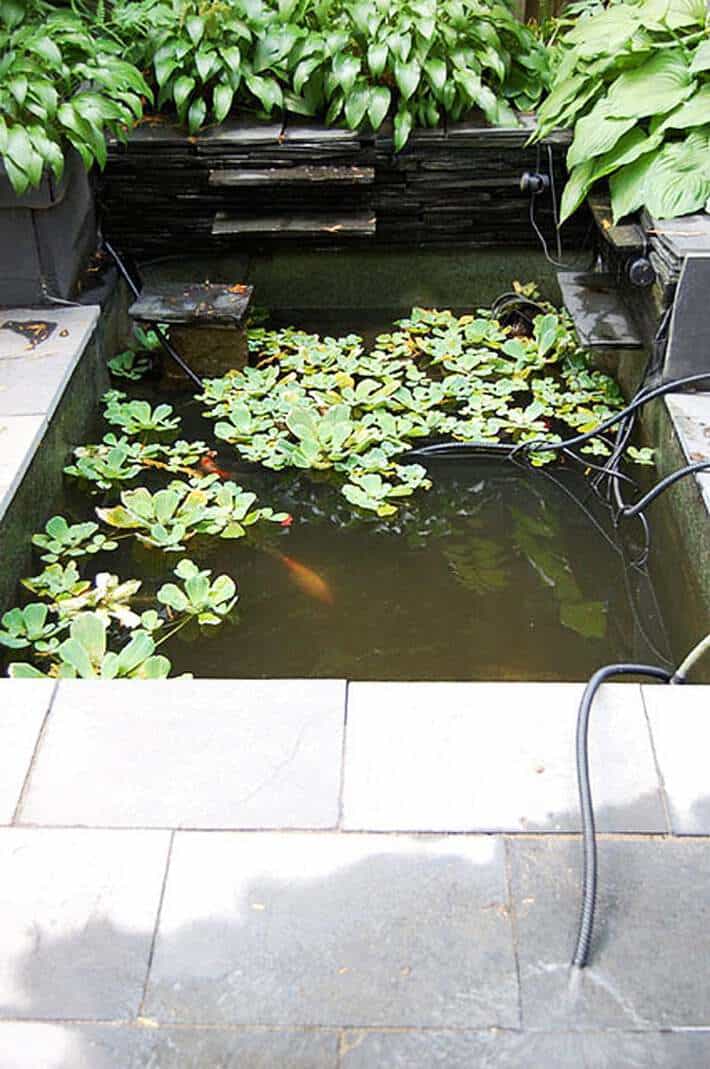 And then fill it back up. 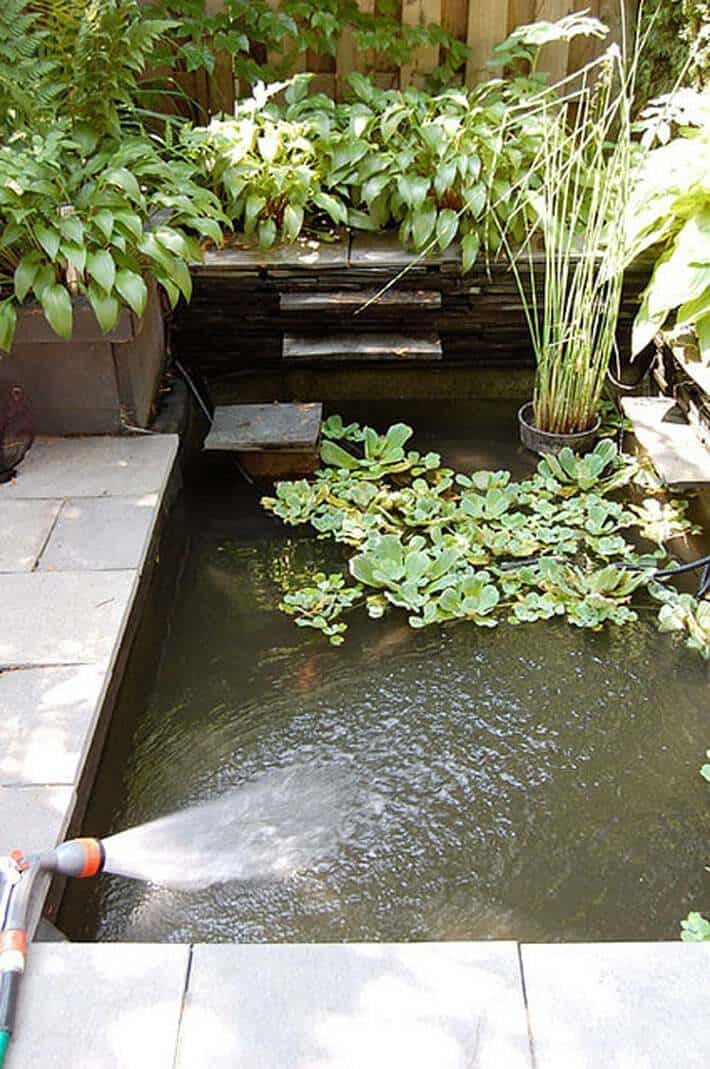 Whenever you change the water in your pond you need to add in some Water Conditioner.  This is true whether you have sick fish or not. 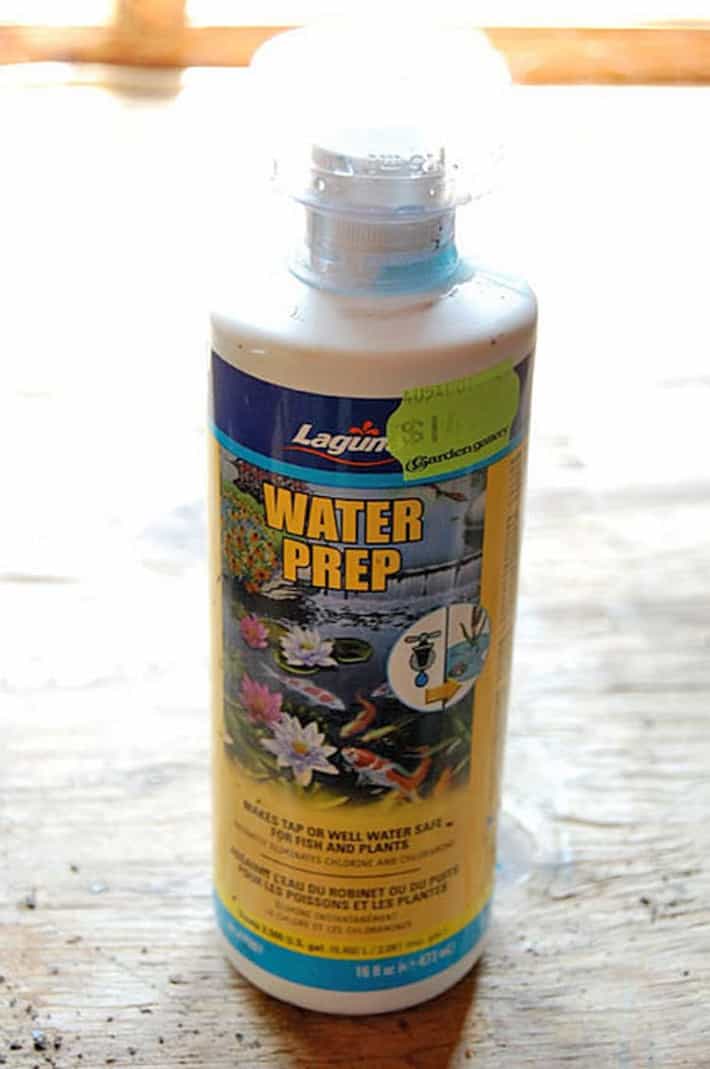 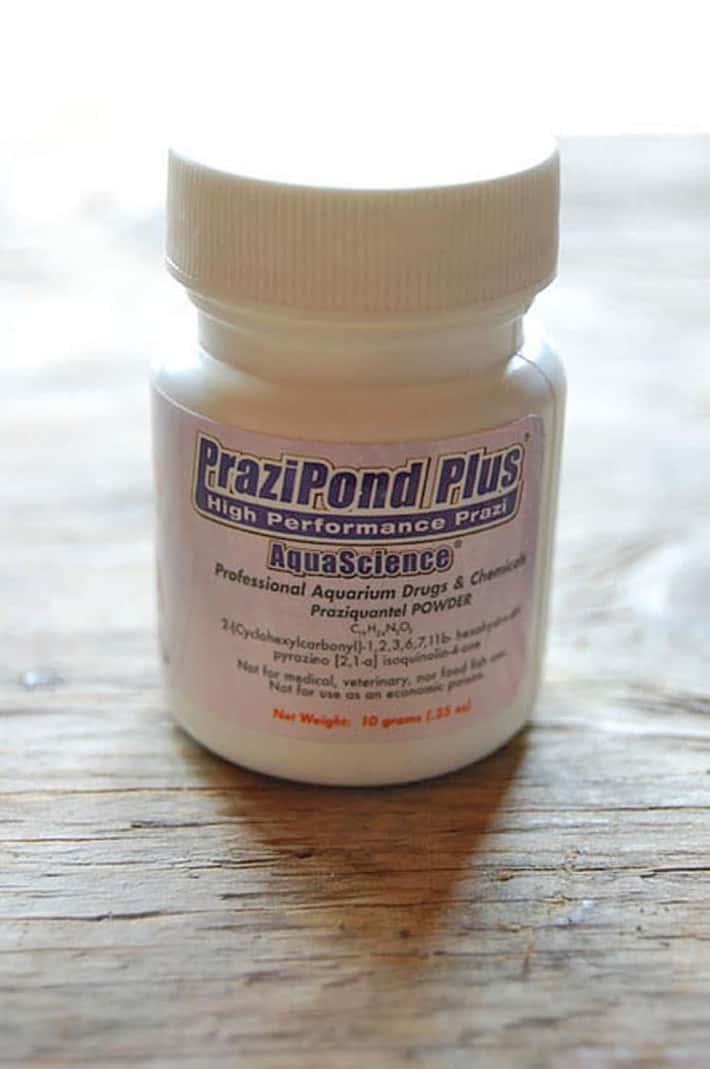 ... to some of this.  'Cause the guy who diagnosed my fish (over the telephone no less) said to. 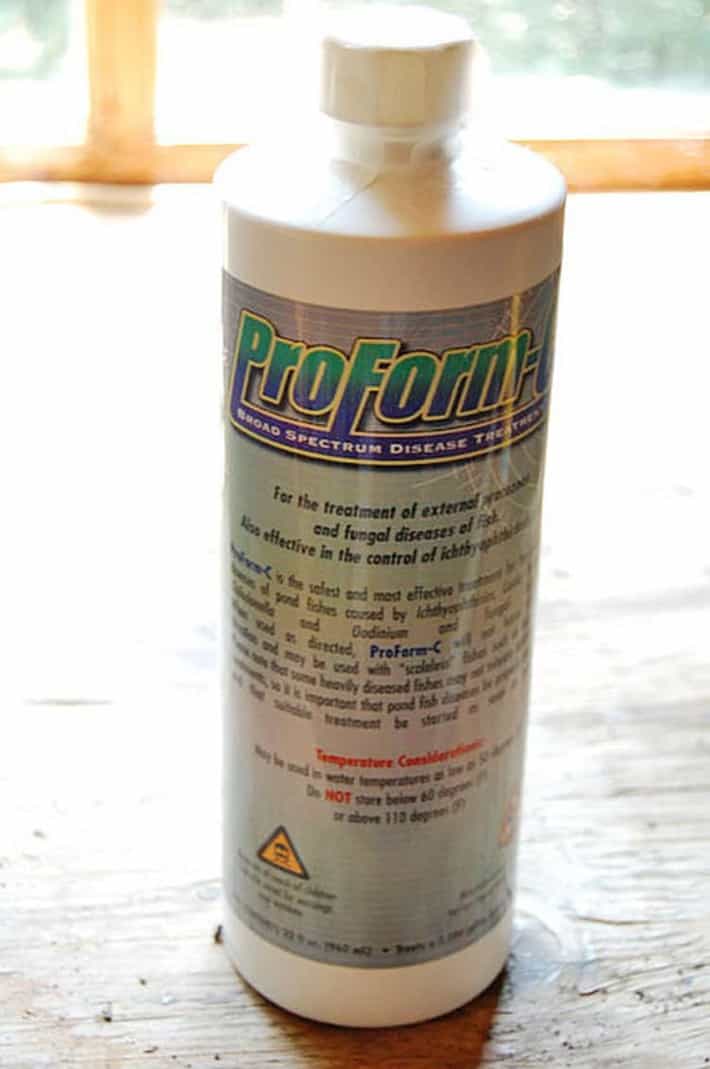 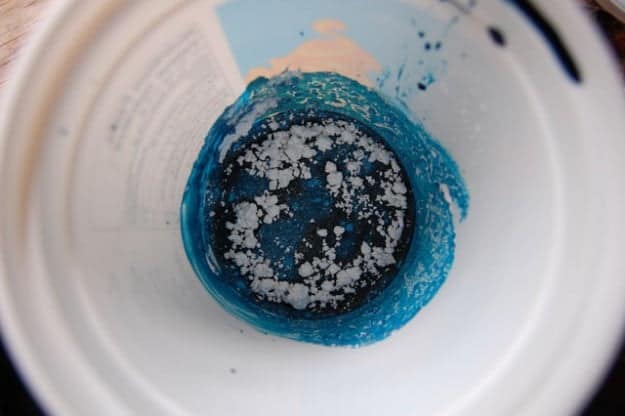 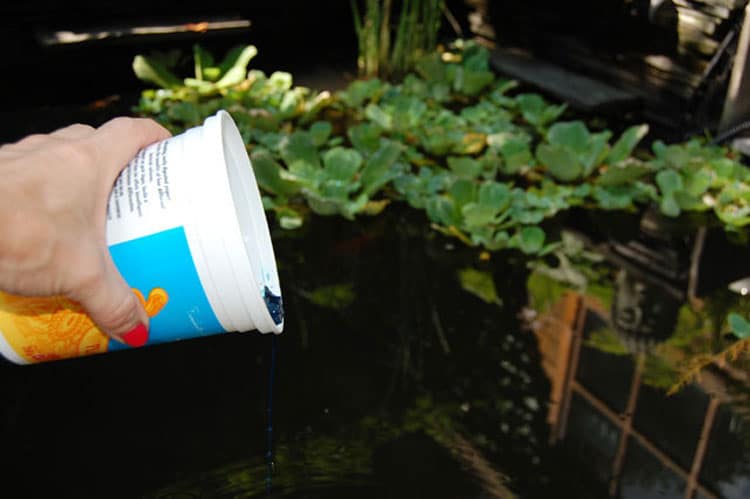 After doing this sort of thing for 5 days it's onto the star of the show, the Tricide-Neo. 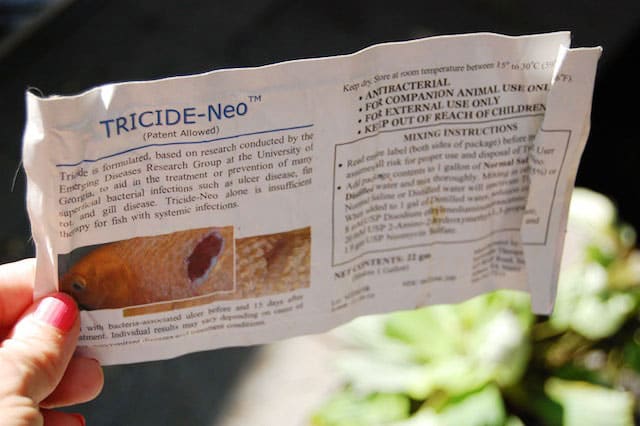 Each and every fish got dipped into a solution of Tricide-Neo every day.  Because I had so many fish who had no interest in being caught ... I had to transfer them all into a kiddie pool for the week I did the treatments.  It's far easier to scoop a fish out of a tiny pond than a big pond.  Even a sick, lethargic fish is faster than me with a fish net.  The pool had to be covered with netting held down with rocks every night to stop raccoons from getting in.

Between protecting the fish, the house and the chickens from the raccoons, I'm thinking it would probably be easier just to keep raccoons. 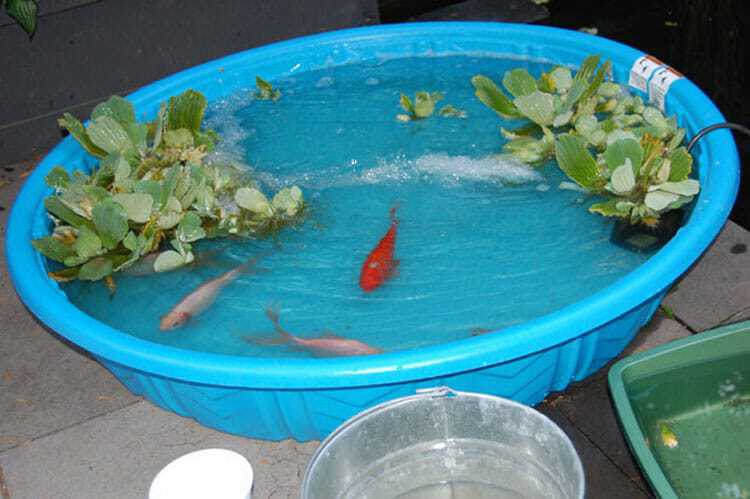 So every day I had to pull out each fish and one or two at a time put them in the solution for a few minutes.  You also have to aerate the water so I just poured the solution onto itself so it created bubbles for the fish. 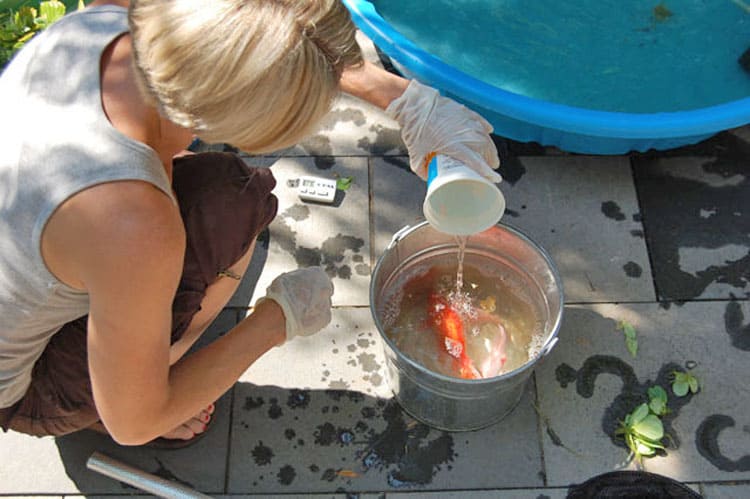 So you could see the results, I focused my photographs on one single fish.  I call him "The Fish that is White".  I treated all of my fish but am just showing the results of the white one.

WARNING:  THIS IS WHERE IT GETS GROSS

How to fix a fish

If you don't want to see the inside of a fish from the outside ... don't go any further.  If your curiosity is peaked ... charge ahead. 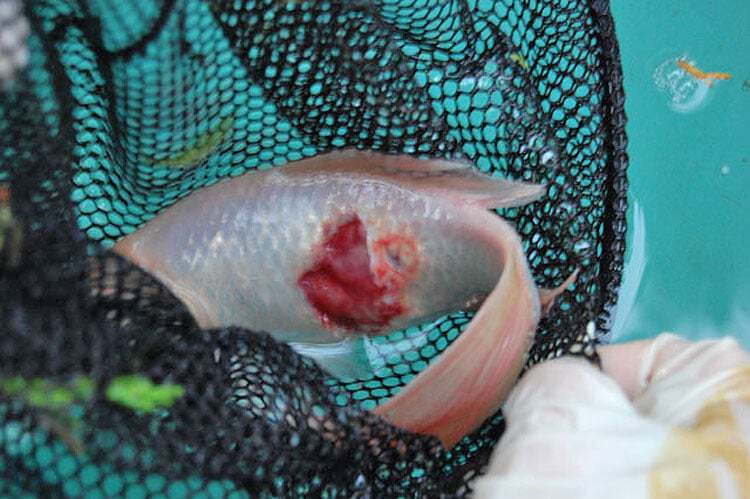 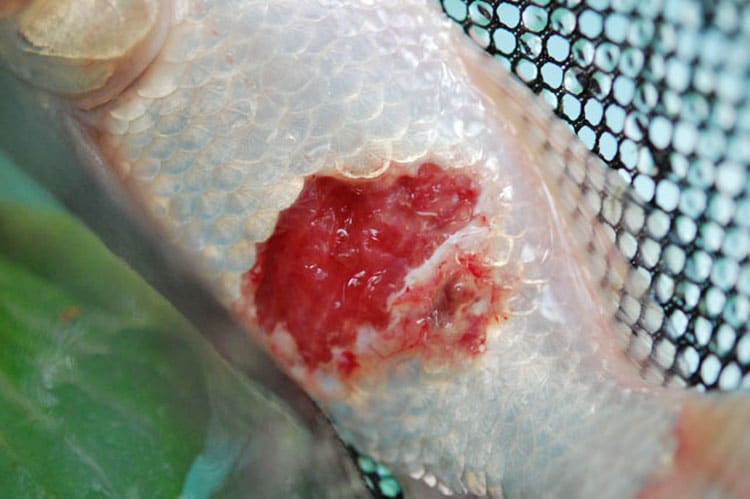 White Fish - Day 7 Tricide-Neo Treatments (the final dip ... the remaining photos show how the fish progressed once treatment was over and they were reintroduced to their regular pond.) 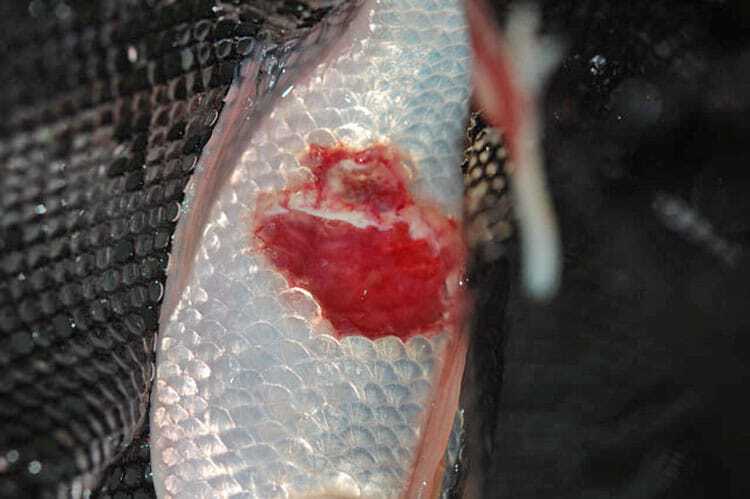 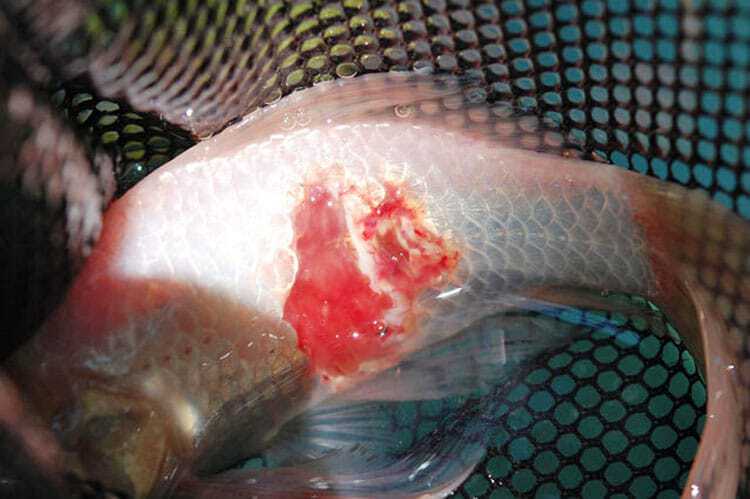 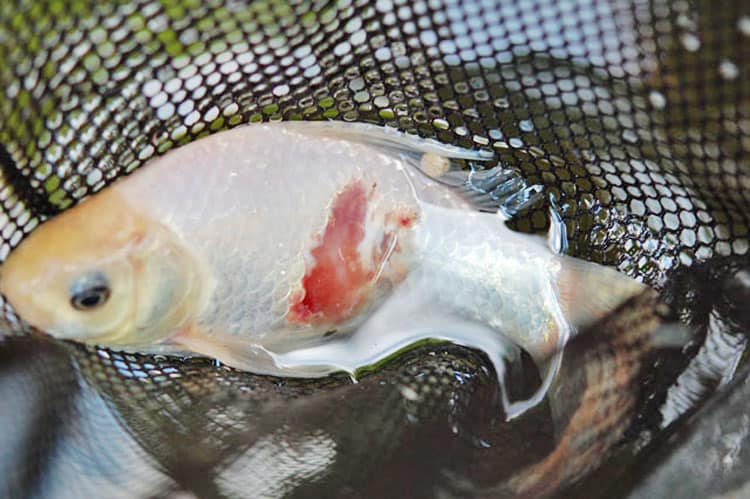 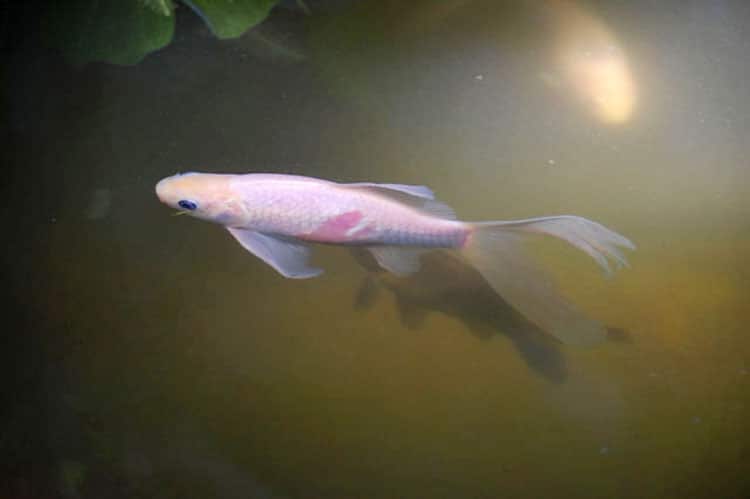 One year later the fish are moving so fast I can't even get a clear picture of them. Trust me when I tell you the white fish is looking picture perfect.  Even though I don't have the picture to prove it.

Next time I think I'll just look into the cost of some batter.