It is currently 4:22 in the morning as I sit at my desk writing the first paragraph of this post.  The house is dark other than the glow from the small desk lamp to the left of my laptop.    The curious time of my writing schedule is due in part to a 4 day migraine that prevents me from lying down and to a completely whacked out sleep schedule courtesy of an addiction I suffer from.  Like most people with addictions I'm embarrassed by it and haven't talked about it before today.

I know what you're thinking.  You're thinking, why even try it?  Why try something you know is scientifically proven to be addictive after even just one use?  Why??

I can tell you exactly why; because you think you're different.  You think you're stronger and smarter than everyone else.  You think you're the one person in the world who can try it once, say "Meh.  Sure that was O.K. but I don't need to do it again.", and carry on with your life the way you always have.

I thought I was that person.  I wasn't.  I tried it and I liked it and I wanted to do it again.

My name's Karen and the last time I used an Instant pot was about 3 hours ago.

If you read blogs, cooking websites or even your friend's Facebook pages chances are you've heard about the Instant Pot. It's this year's Spiralizer.   If you believe the throngs of bloggers gushing over it, the Instant Pot now surpasses the previous most important revelations in cooking; fire and frozen Spring Rolls.

I thought for sure I was going to hate this thing.  I was fully and completely prepared not to like it. In fact, I was kind of looking forward to being the Black Sheep of the blogging world.  I mean I like cooking.  It isn't a chore for me and I like doing things the old fashioned way. The right way.   If that happens to take 12 hours and require a medieval cooking utensil you can only get by stealing it from a museum ... so be it. 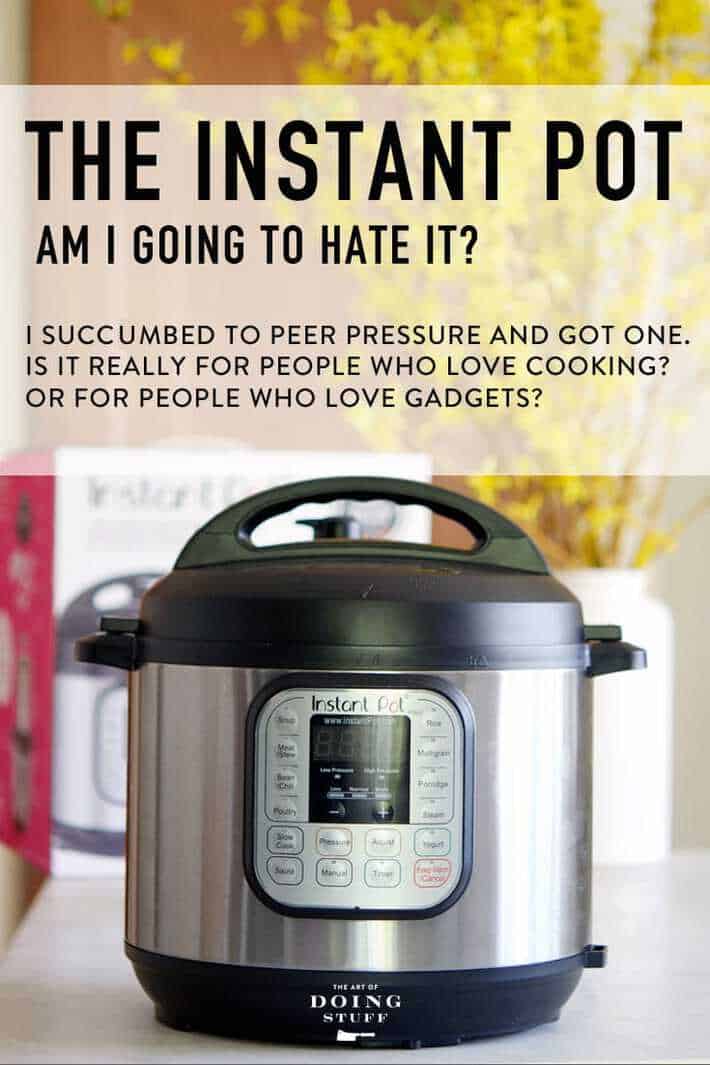 If you read the first paragraph in this post you know what happened.  I kindda like this gadget.  A lot.

BUT I'm reserving my review of it until I've used the Instant Pot for a month.  Every day (or close to it) I'll be making something different in my Instant Pot.  In case you don't happen to know what it is or what it does let me explain.

The Instant Pot is part slow cooker, part fry pan, part pressure cooker. And a few other things as well.  It's a rice cooker, a yogurt maker, a food warmer and a steamer.  This one small appliance does all of these things and from what I've heard, does them well.

Knowing all of this, I still didn't think I was going to like it.  For one thing, who uses a rice cooker???  Who doesn't know how to cook rice in a pot?  Why was cooking rice in this pot going to be any easier or better than cooking rice in a regular pot? 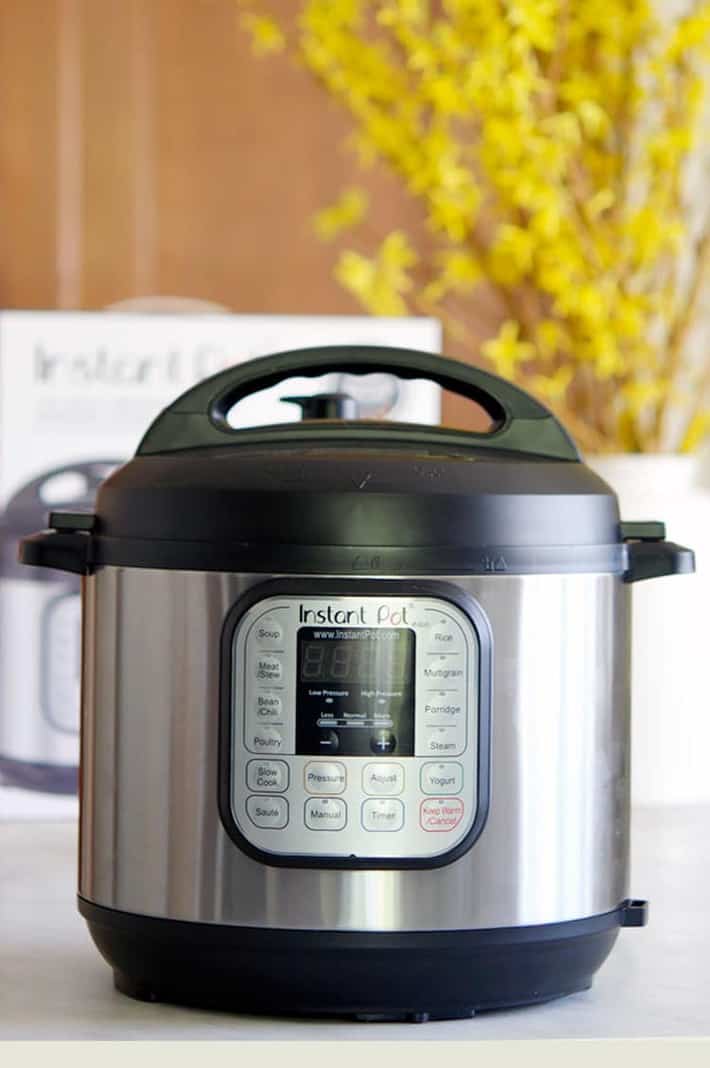 But I'm a tenacious little blogger, plus I'm curious, plus apparently I totally bow down to peer pressure so hopefully nobody will offer me crack in front of a police station today because I'll probably smoke it right there and then.

Roast chicken?  People were cooking "DELICIOUS ROAST CHICKEN!" in an Instant Pot?  I doubt it.  Steaming chicken in a pressure cooker isn't roasting chicken.  It isn't roast anything.  Just because you browned the skin beforehand doesn't make the mass of rubber encasing the bird any more appealing as it snaps back at you when you bite into it.  You might be able to cook chicken in an Instant Pot but give your head a shake. The only way you can roast one in it is if you throw the whole pot and chicken into a kiln.

So that annoyed me to no end.

Then there were the "DELICIOUS CHILI RECIPES!".   Browsing around at everyone's Instant Pot chili concoctions got me really worried.  I wasn't seeing chili.  I was seeing soup.  Watery, thin, soup you would serve in a third world prison along with a side of a 3 legged cockroach.

Now I wasn't just annoyed, I was terrified for these people whose addictions had gotten so out of control they were willing to justify its use no matter what the actual outcome.

So that is why I didn't think I was going to be impressed with the Instant Pot.  And why I'm still on the fence about it actually.  Which doesn't explain why every night, at around midnight I start a new Instant Pot concoction. Instant Potting has replaced reading as my before bed sleepy-time routine.

In the 4 days since I've owned The Instant Pot I've made oatmeal, chili, rendered pork fat and yes ... rice in it.  I have very definite opinions about how each of these things turned out compared to how they turn out when I make them my normal, old fashioned, grab the rare museum cooking utensil, way.

In one month I'm going to meet you back here to give you my full review of each and every thing I made in the Instant Pot and whether or not I think it's worth the approximately $150 price tag.

Or whether ... it's just another gadget.

A great big, gadget you wanna crush up and snort the Instant you get it.