Home » GARDEN stuff » Growing A Cutting Garden. Tips, Tricks and even an Infographic!

Growing A Cutting Garden. Tips, Tricks and even an Infographic!

If you’re growing flowers for a cutting garden in a limited amount of space, I have a few tips for you that’ll make your life easier and your bouquets more beautiful. 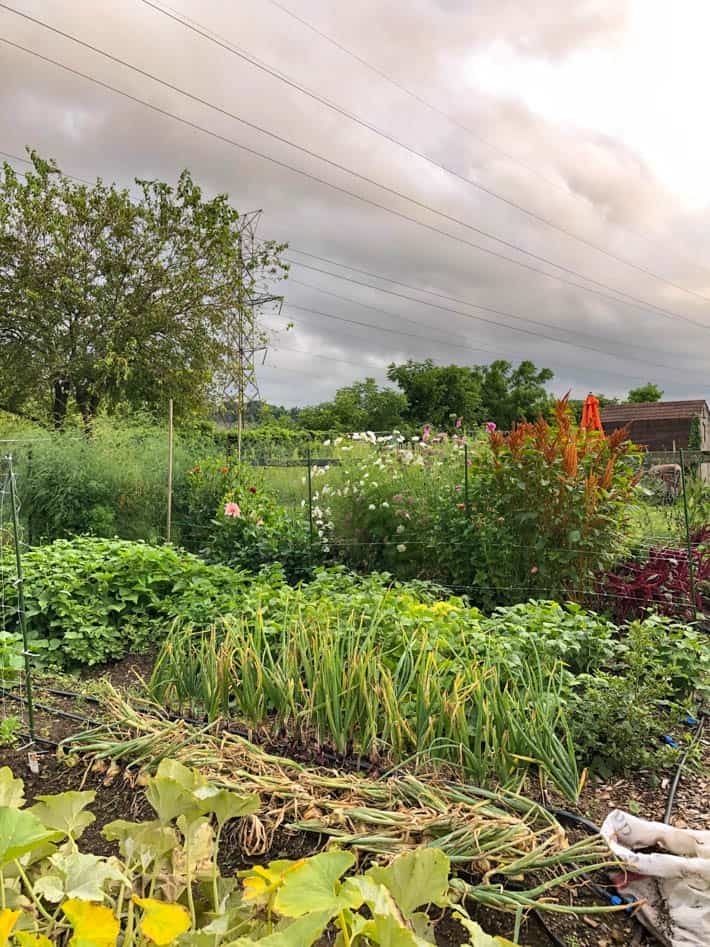 Ever year I seem to devote more and more room to flowers in my inappropriately named vegetable garden. I started with a few flowers in the borders, and then an entire 16 x 3′ bed, to the point I am at this year which is 2, 16 x 3′ flower beds.  Plus a few mushed into the borders which is where the sweet peas live. 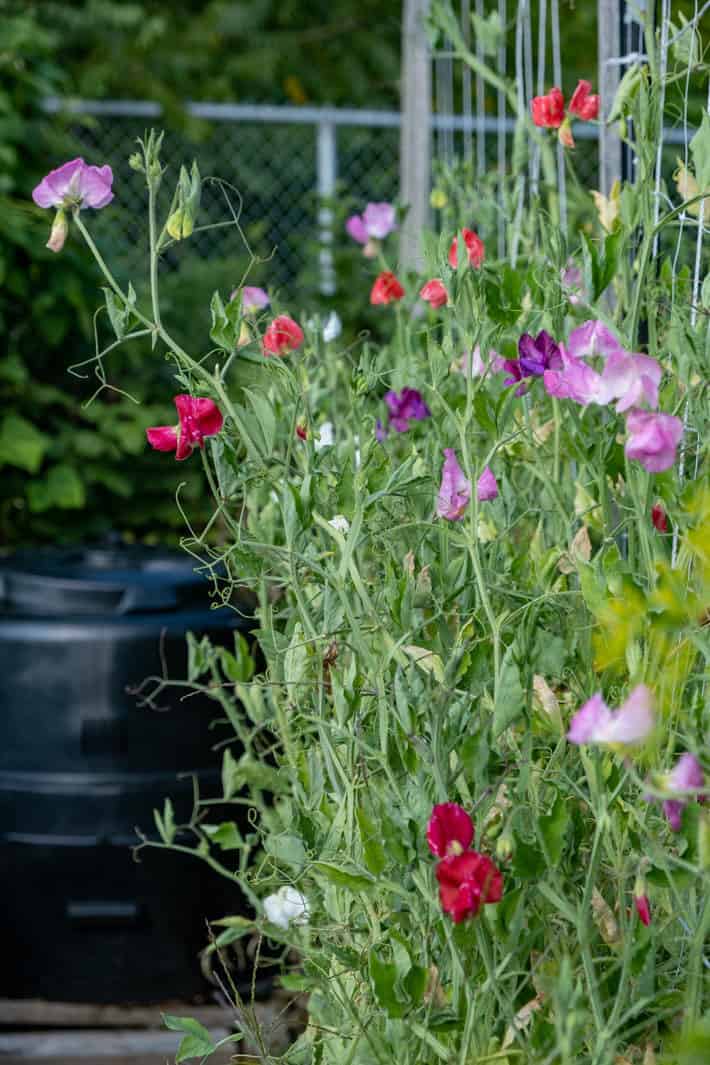 I liked everything I grew this year, but after a season of observing the flower habits I have a better idea of how many of each I need to grow.

I’ve made a mental note for instance that I don’t need to plant 8 cosmos plants because 8 cosmos plants produce enough flowers to fill a very nice smelling garbage truck. 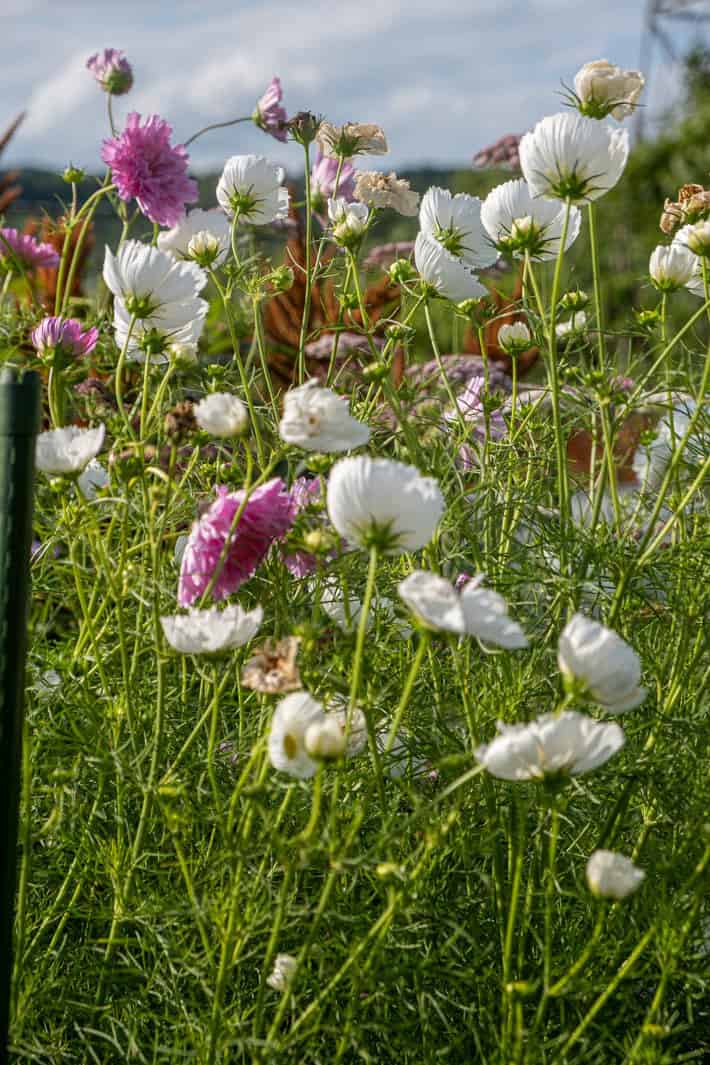 Here’s a recap of what I planted in my flower beds for cutting this year: 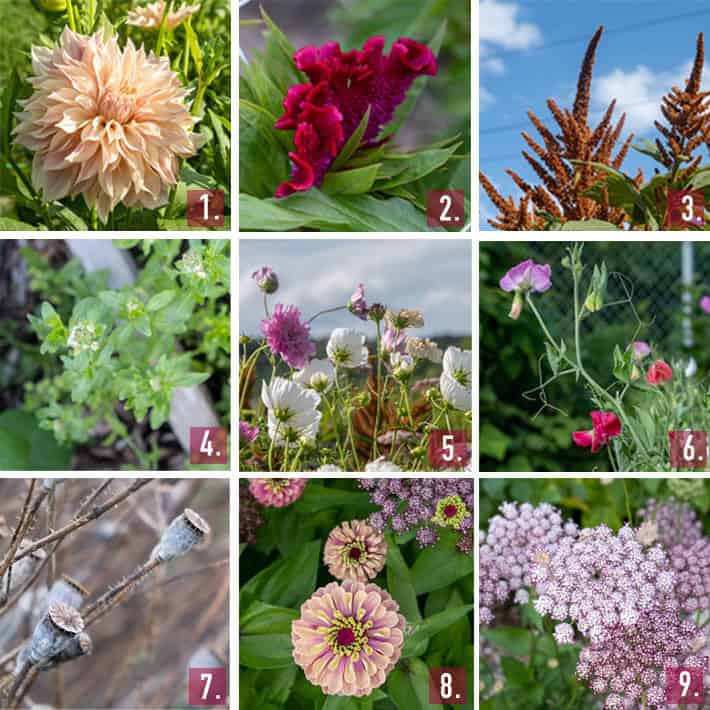 This probably seems like a lot of varieties, and it is but it’s not as many as I could have packed in the over 100 square feet of space I had for them.   I whittled everything down so I had a LOT of each flower. It  just makes creating a professional looking arrangement (at my skill level) easier.

How you decide what you’re going to plant in your cutting garden is dictated by how you want to arrange the flowers.

I mean that’s why it’s called a cutting garden right? Because you’re going to eventually cut those flowers. Here are some things to consider for a cutting garden no matter how big or small it is: 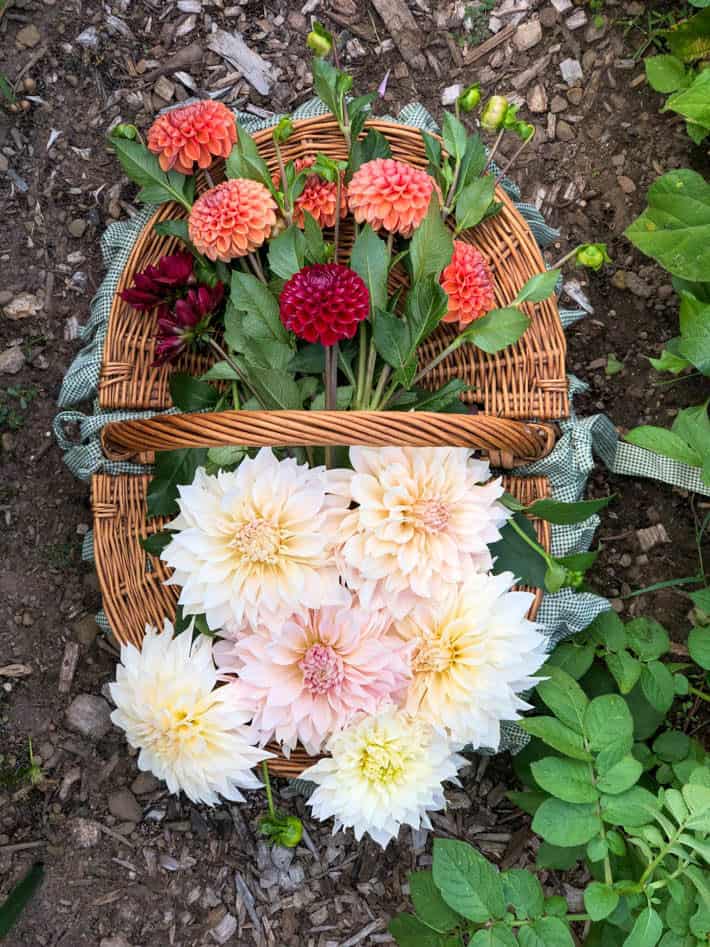 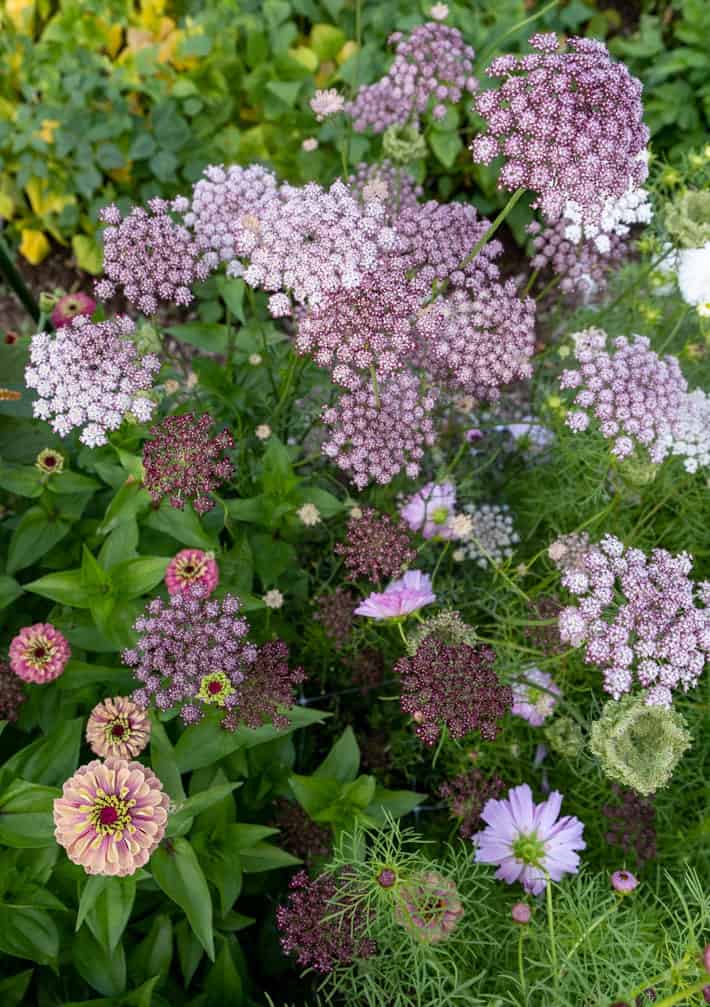 With things that are light and airy like lace flower or cosmos, you don’t need a lot of them because you use them sparingly in arrangements and they produce TONS of flowers per plant. 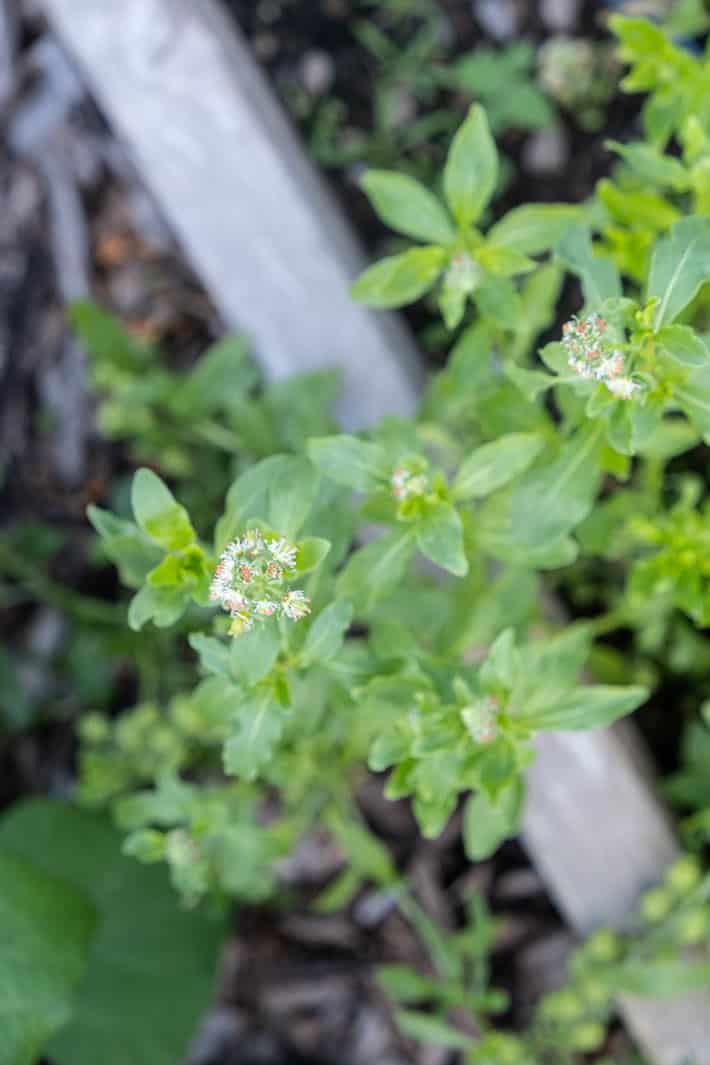 Mignonette, good for a sweet scent and greenery.

And don’t forget about the scent! A lot of hybridized flowers don’t have any scent anymore. It’s why old varieties of peonies and roses always smell so good.  They haven’t been tortured into submission by cross breeding to get the perfect colour or shape.

So try to plant something that will smell GREAT.  Sweet peas always smell delicious, and this old variety of flower Mignonette,  used specifically in nosegays is delicious smelling. Kind of like – I don’t know – a candy necklace? Plus it makes any posy look properly Victorian. 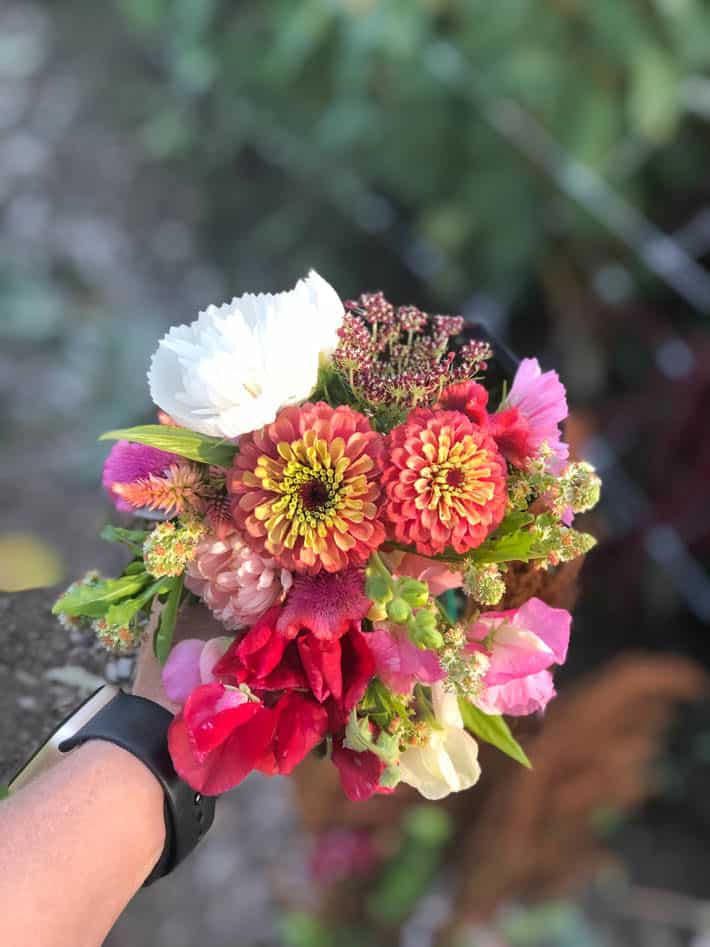 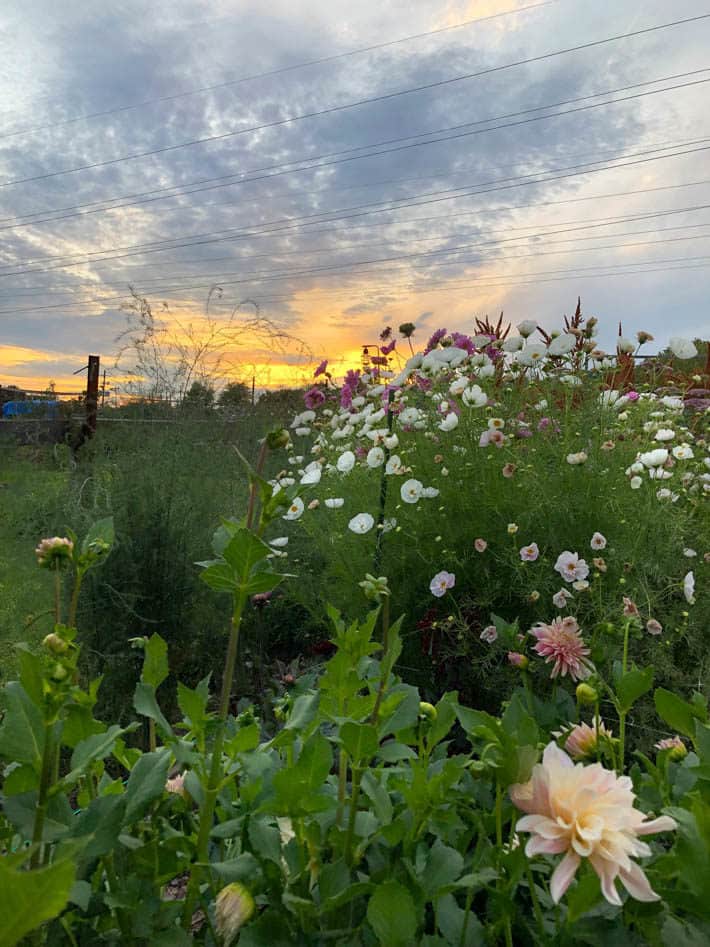 In Friday’s post I’ll be showing you how to do a simple, dramatic arrangement with all those dahlias I recommended you plant earlier this year.

You know, the ones you thought would never grow and are now the size of an ice cream truck.  Those dahlias.