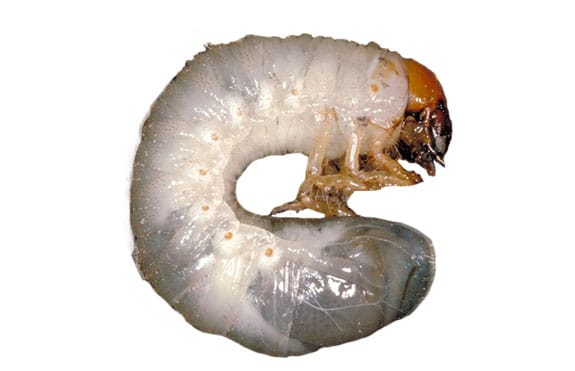 Allow me to introduce you to my friend.  The grub.  As is often the case with my friends, I'm going to have to kill him.  It was this little creature that did this to my lawn ... 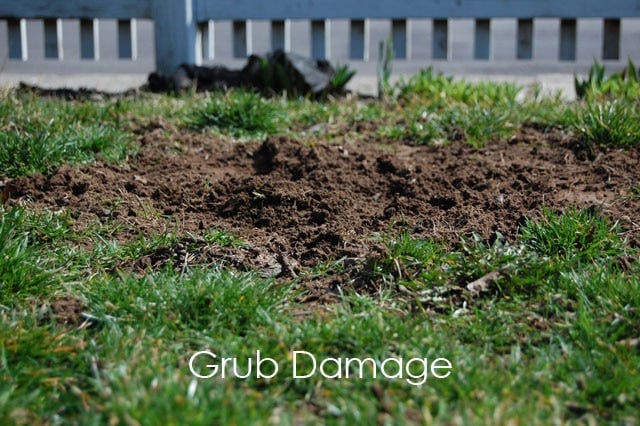 Grubs are larvae of different insects.  The European Chafer, or Japanese Beetles, or whatever else.  No matter what larvae they are from, grubs are hungry little creeps.  They're grazers that line up to chew on your lawn roots the way old people line up for Crab night at The Mandarin.

All it takes is a couple of seasons with these grubs to destroy an entire lawn from the underside up.  They just keep eating and eating and eating your lawn roots until the lawn says "Forget this ... death would be easier".  And it up and dies.

I've had grubs for years and every year my lawn gets worse and worse.  But grub control is one of those weird things that has to be done with very specific products, at certain times of the year.  It's a process

So this year, what with fixing up the front yard and everything, I decided it was time to figure out how and when to get rid of these stupid, swollen, wet, wormy things.

My first thought was to hold a "Survivor-style" contest on the street and see who could eat the most amount of them, but even though I put out a signup sheet on a clipboard with a pen attached to it all professional like, no one signed up.  Apparently my neighbours aren't any fun.  Or adventurous.  Or maybe they're all just full.

So I went to my local garden centre and asked a girl I know and trust, what I should do.

That's what she told me.  Nematodes.  It rang a bell, but I had her further explain.  Nematodes are a natural, chemical free way to get rid of grubs.   My suspicion flags immediately went up.  ALARM, ALARM ... Green bug control never works!  Slowly back away.  Leave now!

But I heard her out and then went home and did some research.  Turns out .... Nematodes really work.  They're the #1 chemical free way to get rid of grubs along with many other destructive bugs.  If you're looking for a chemical application,  check out Merit Grub control.  (It's almost 100% effective.)

So what is a nematode?  Nematodes are microscopic worms.  You apply them to your soil or lawn and the nematodes work their way down into the subsurface where they make their way into the offending bug.  In my case, grubs.  Within 24-48 hours, the grubs they came in contact with are dead.  Simple as that.

Grub control with Nematodes takes place at the beginning of May and late August to Early October.  Twice a year.  Once when the grubs in your lawn are just coming up to the surface prior to turning into whatever bug they're going to turn into (May), and once when the new eggs have hatched and the new population of grubs is feasting (August - October).   If you only think to put nematode control down once, the later application in August or October is the best time.  Past October the grubs burrow deeper into the soil where they're harder for the nematodes to find and kill them.

So there you have it.  Get rid of those gross grubs that gorge on your grass.  Grimmediately.

One package of Nematodes like this costs $25 and will treat 2,000 - 4,000 square feet of lawn.  You can order Nematodes on the Internet or find them in a cooler at your garden centre.  Note all of the pests it gets rid of.  Even termites! 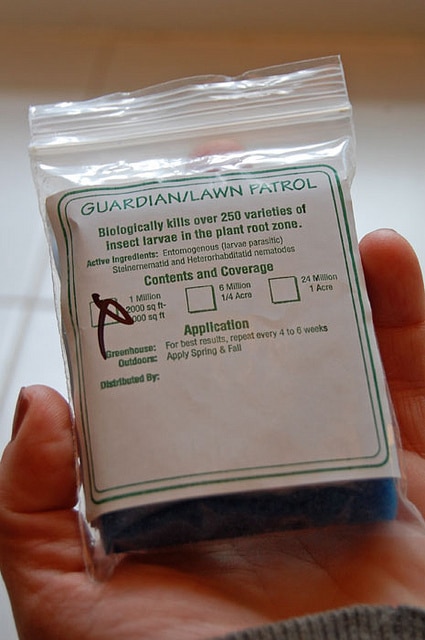 When you open the cardboard box up, inside will be a baggie with a damp sponge inside.

After packaging, the Nematodes work their way into the damp sponge and hang out.  As soon as you unfold the sponge you'll see them.  They look like a mush blob. 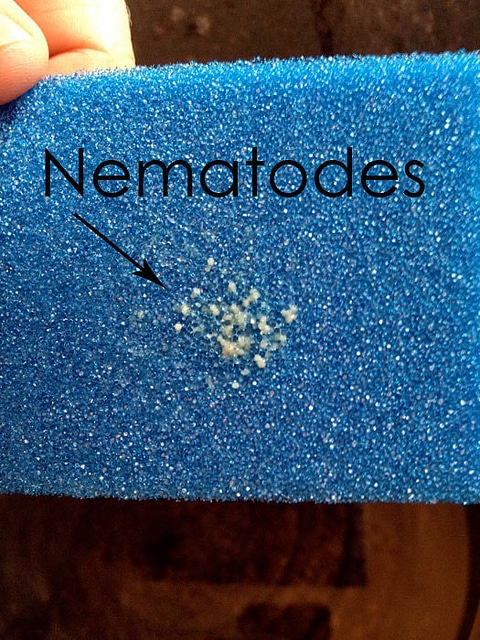 Pour about a gallon of water into a bucket and put your sponge in and swish it around vigorously.  Stretch and pull the sponge.  You're trying to get all of the Nematodes out.  Swish, swish, swish.  This bucket is now your concentrate of Nematodes.

You can either apply them with a Nematode sprayer that gets attached to your hose, or ... if you have a smaller lawn, just water them in with a watering can.   Fill up your watering can and then add around a cup of the Nematode concentrate. 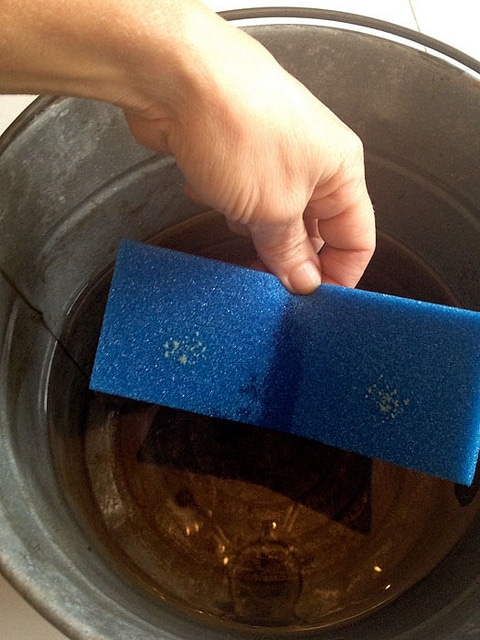 If you use the watering can method, remember to shake your can of water every so often to make sure the Nematodes are evenly distributed.  Otherwise they'll all just sink to the bottom.  Now just walk around your lawn and water! 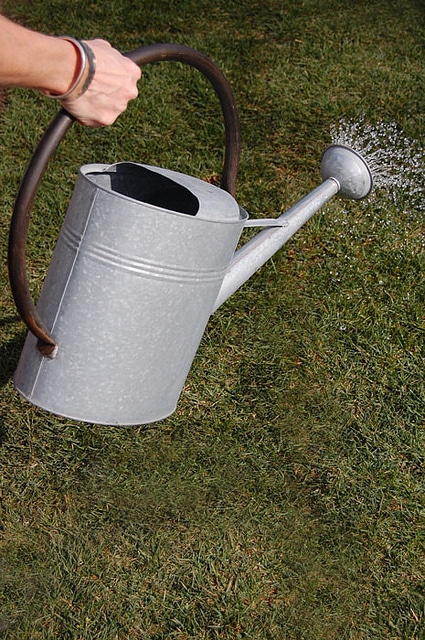 Your package of Nematodes will come with full instructions.

I'll leave the signup sheet on the fence, just in case ...