If you're thinking about doing some DIY presents this year your period of thinking is over - today you're going to learn how to make vanilla extract. 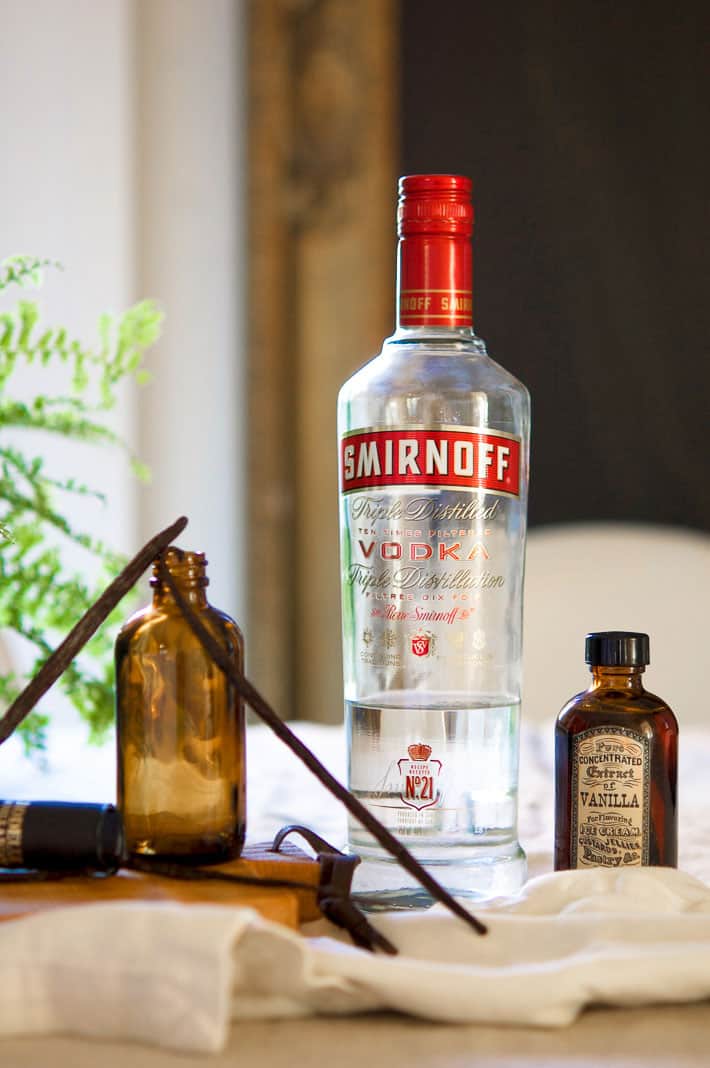 Calm down, it'll only take you two minutes to make homemade vanilla extract so there's no need to get anxious. Unless you accidentally forget to put clothes on when you run to the grocery store for a vanilla bean.  That's something to get a bit anxious about. Especially if they're out of vanilla beans. 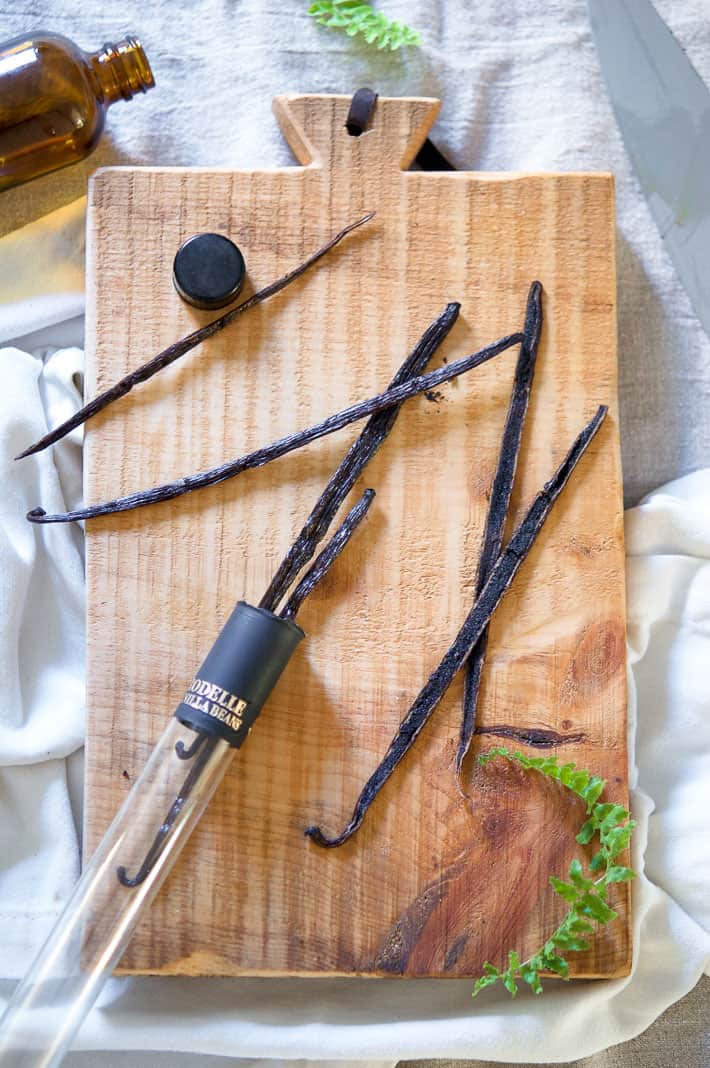 A bit about each.

What's The Difference in Vanilla Beans?

There are 2 main types of Vanilla beans: Tahitian and Madagascar.

Where are Vanilla Beans Grown?: Madagascar (75% of all beans grow here), Mexico and Tahiti (the other 25%)  Little bits come from other countries but not a significant amount.

How do Vanilla Beans Grow? On a tree?  A vine? : Vanilla beans are actually pods that grow on a rare ORCHID.  That's right. Vanilla beans grow on orchids.  Orchids that can only be pollinated by hummingbirds or some other rare, weird bird.  So any commercially grown vanilla orchids have to be hand pollinated.  That partly explains the expensive price of the bean.

What are the best vanilla beans to buy?

All this to say you should just go with Madagascar vanilla beans. They're the least expensive, the easiest to find and are probably what you think of when you think of vanilla.

The great thing about homemade vanilla is it's the gift that *literally* keeps on giving.  As you use the vanilla just top it up with more booze and it'll continue to provide you with extract for years.

I did this 8 years ago and I've only just decided to start new again.  So I was SHOCKED to see the price of vanilla beans when I looked them up.  Apparently a cyclone hit Madagascar one year and almost wiped out the world's vanilla bean supply.  Luckily it only takes one vanilla bean to make a jar of vanilla extract.

You can use anything, but the standard is Vodka because it doesn't interfere with the vanilla flavour.

How to Make Homemade Vanilla Extract 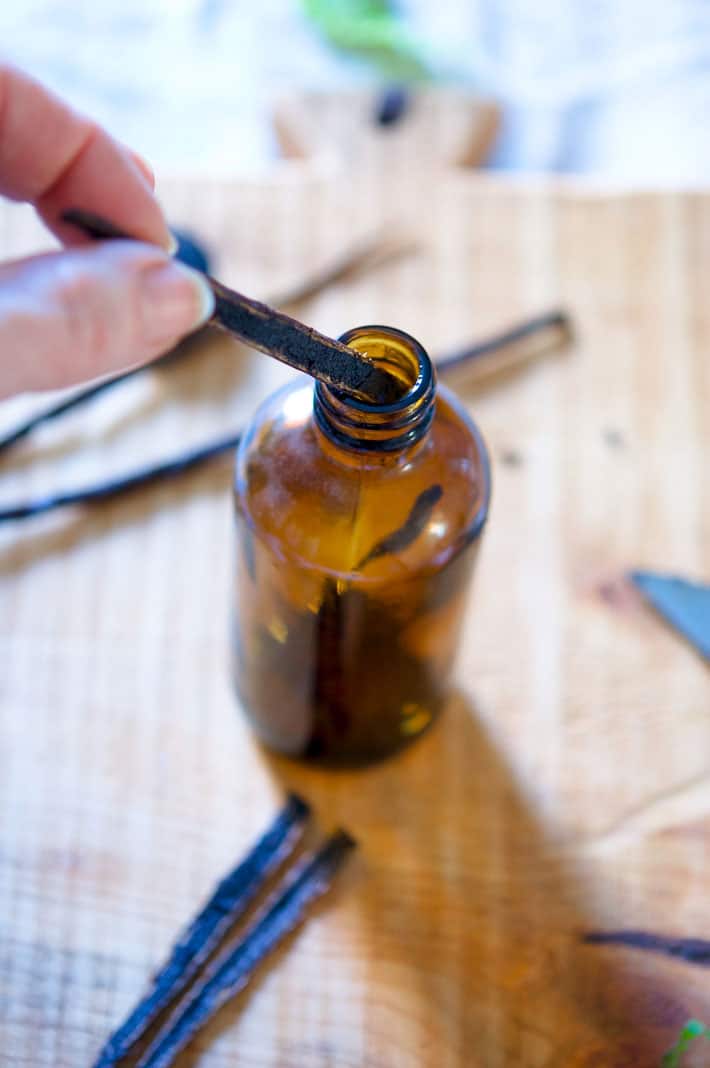 The longer the vanilla steeps the stronger the extract will be.  You can also use 2 vanilla beans instead of one to make it stronger. There's no need to remove the vanilla bean from the jar once you start using it. Keeping it in there just improves the flavour and allows you to top up the jar with more vodka without diluting the flavour. 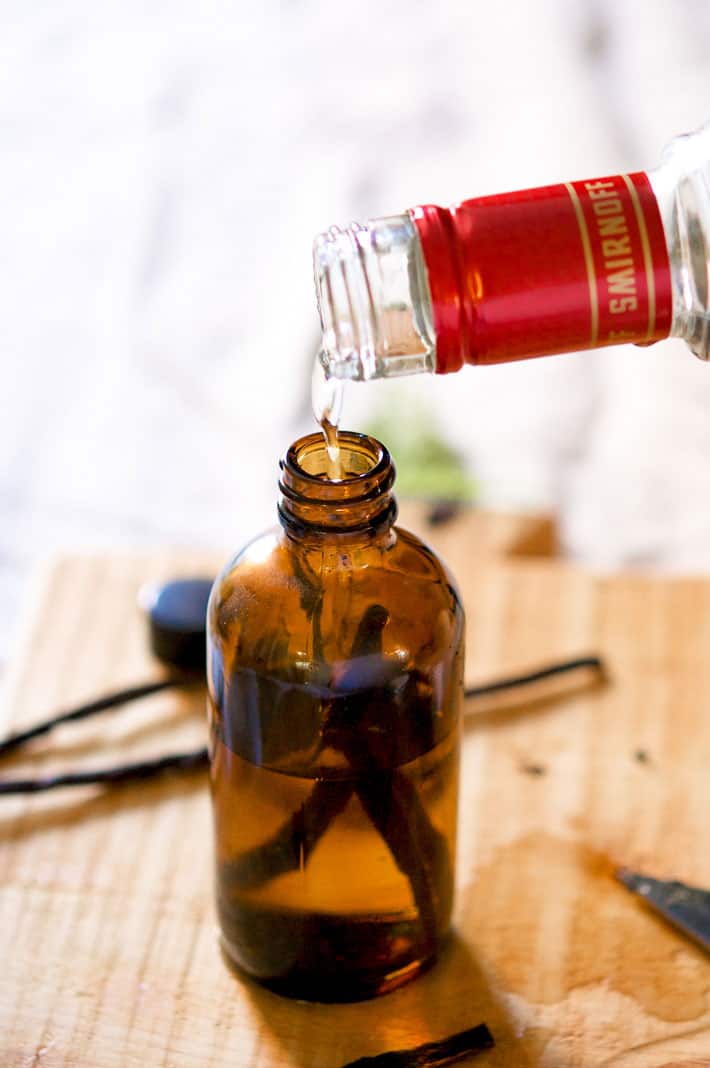 Don't use the good vodka!  Just the cheapest stuff you can buy or steal. 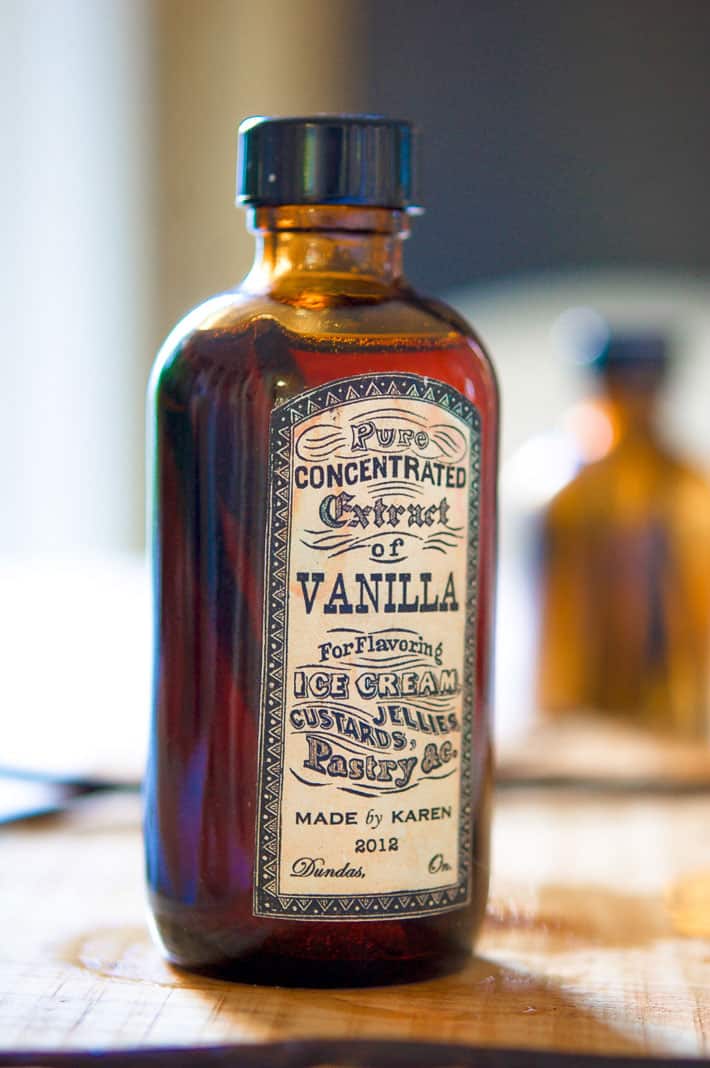 If you want to make the bottle fancy head on over to the Graphics Fairy which is where I got this Vanilla label that I personalized a bit.

Get your →  Vanilla Extract Label  ← here. 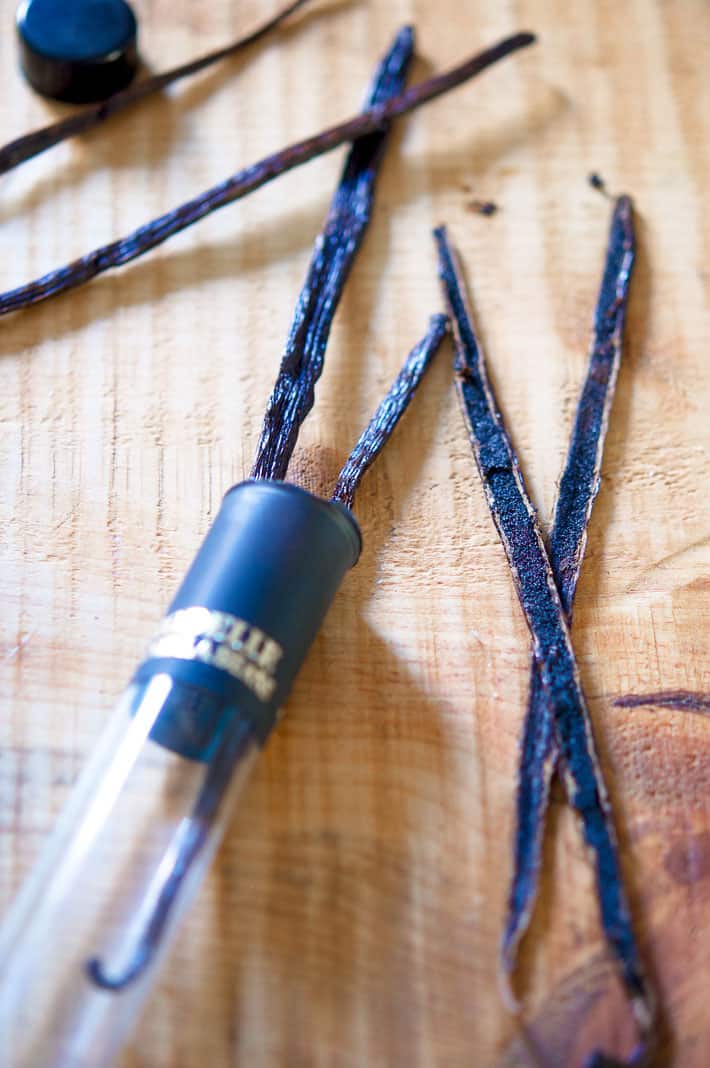 At the prices I've listed each bottle of Vanilla extract will cost you around $10 to gift including the vanilla bean, the bottle and the vodka but any of these things could change price by the time you read this.  And then they might change again.  And again.  You get the idea. 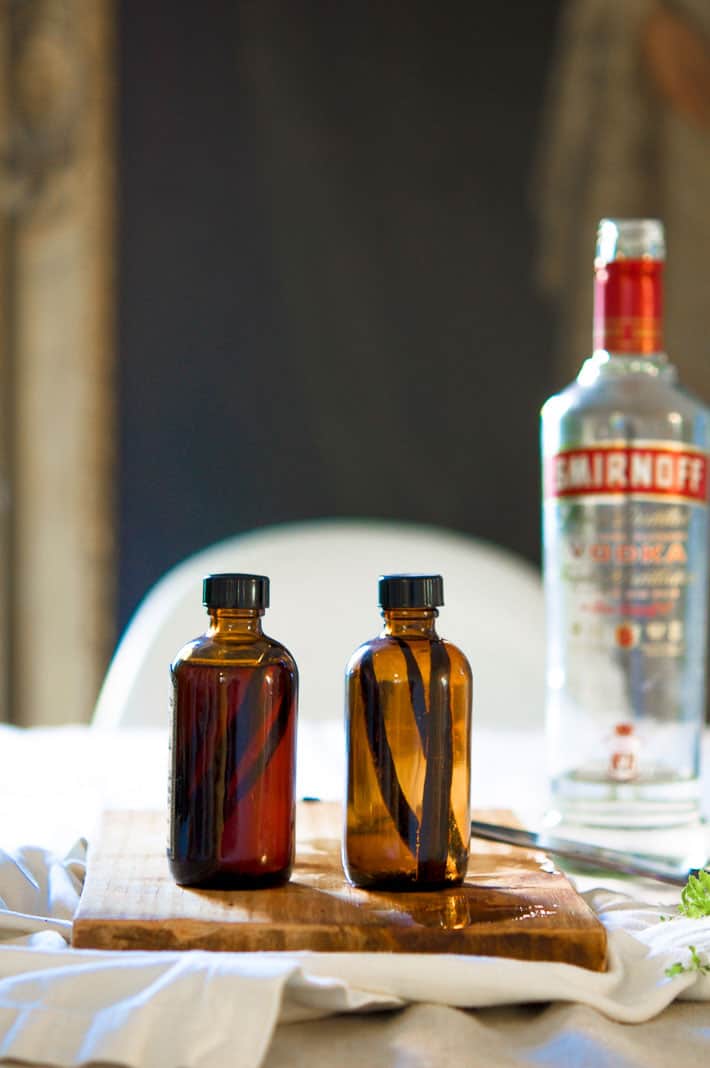 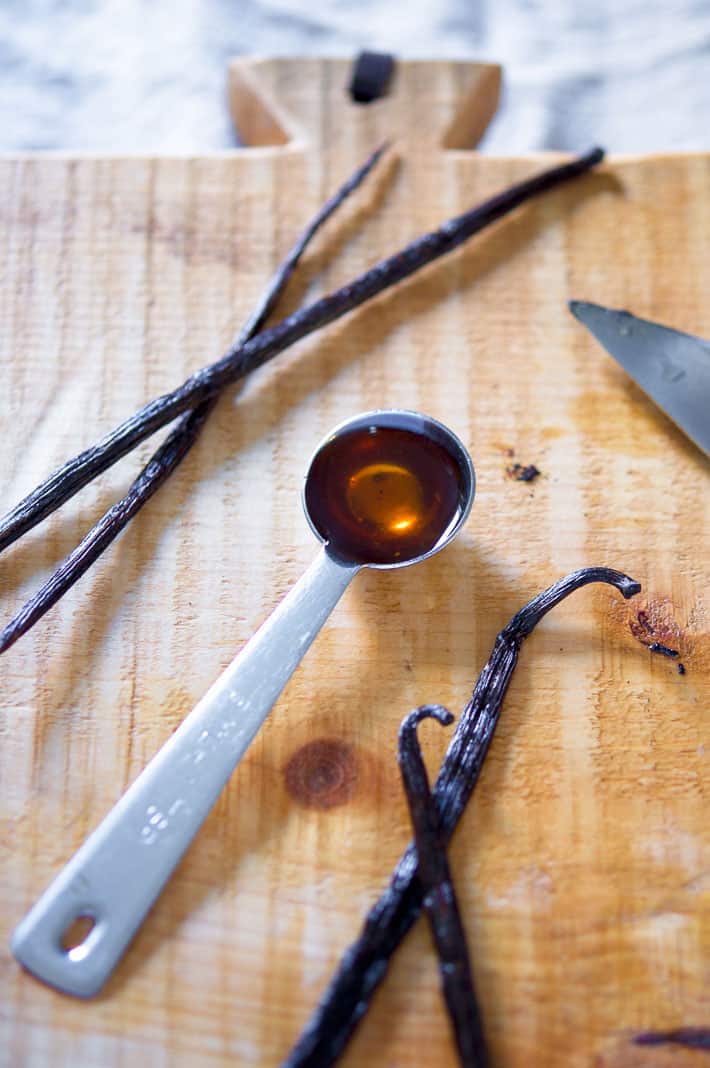 Looking back on this post it's a whole lot of words to say -  if you want to DIY some homemade vanilla extract, cut a bean in half, stick it in a little jar and the fill it with a few ounces of vodka.

And don't forget to get dressed before you go to the grocery store.