Home » DIY » DIY Tutorials » HOW TO REVIVE A HYDRANGEA. AND POSSIBLY A WEDDING.

HOW TO REVIVE A HYDRANGEA. AND POSSIBLY A WEDDING. 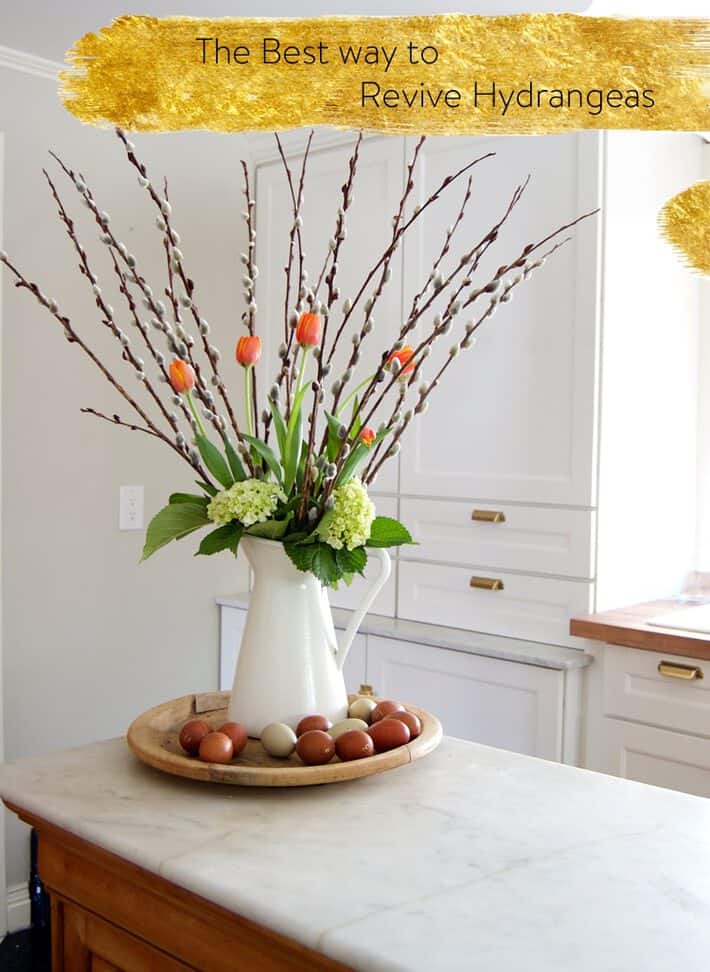 There are two types of people in this world that I am suspicious of. People who wearing black hoodies while breaking into cars and people who don’t like flowers.

There aren’t many rooms that don’t look better with some sort of flower or at least plant in them.  It adds life to a room. A living and breathing thing.  Like a decorating pet. 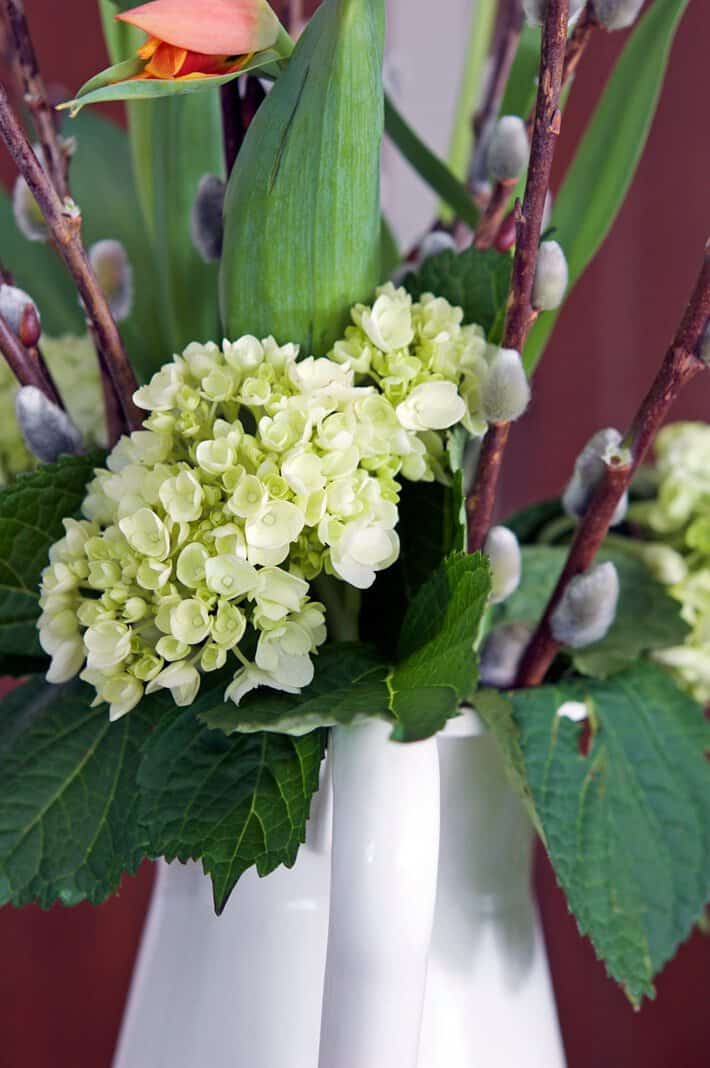 One of my favourite flowers has always been the hydrangea because a) it’s really great looking and b) just a few flowers fill up a LOT of space.  Roses are great and all but you need about three billion of them to make a vase look full even if you add in filler.

They’re also evil, neurotic, easily offended and have an astonishing ability to play dead.  They’re the opossum of the flower world.

You know it. You’ve been there.  You’re in the grocery store or florist and you see the hydrangeas all big, and white and huge and bouncy like a rare albino afro.  You know you shouldn’t go for the afro. It’s too much work.  It’ll be a mess within a day.

But you give in.  You relent.  You buy the big white afro flower. 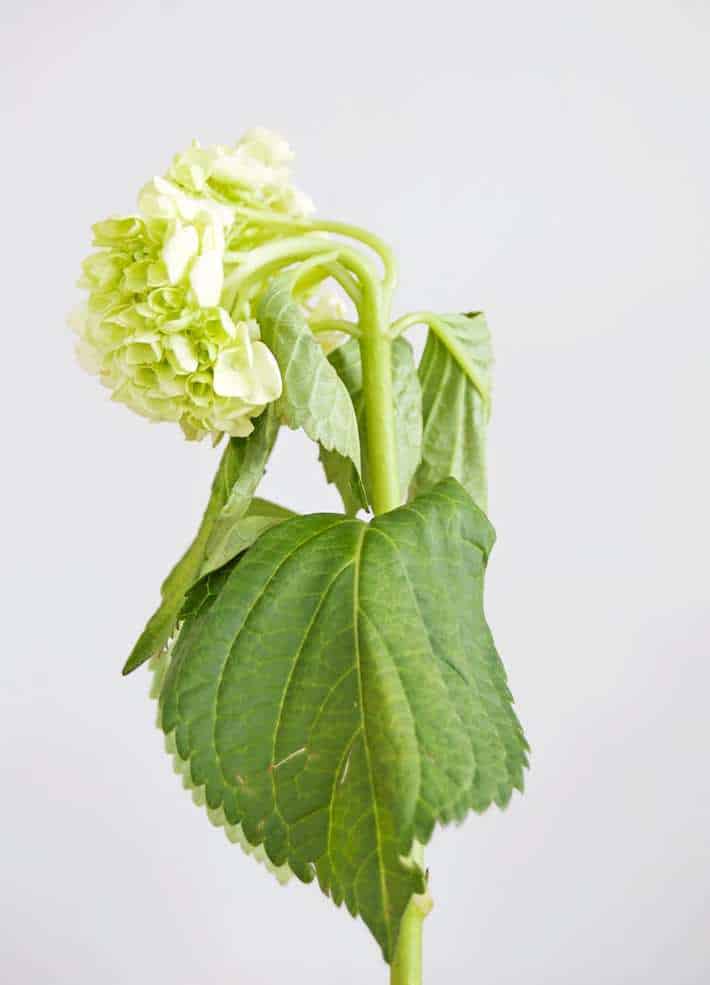 And within one day it’s a goner.

For years I avoided buying my favourite flower because of this but about a decade ago I learned a trick that will bring back even the most wilted of hydrangeas.

Just recut the end of the hydrangea, stick it in a cup of boiling water, and let it sit in that cup overnight (or until the water cools).  Within a few hours you’ll notice it starting to perk up and within 5 hours it’ll be back to its old bouncy self.

This method always works.  100% of the time this method works.  Always.  The only time it wouldn’t work is if your hydrangea has already lived out its full life and isn’t just playing dead, but actually is dead.

So when  reader emailed me and told me she had the same luck with using Alum to revive her hydrangeas I had to try it out.

One sure fire remedy is good.  Two is even better.

So when the spring flowers I bought started to keel over I whipped out the Alum and gave it a shot. 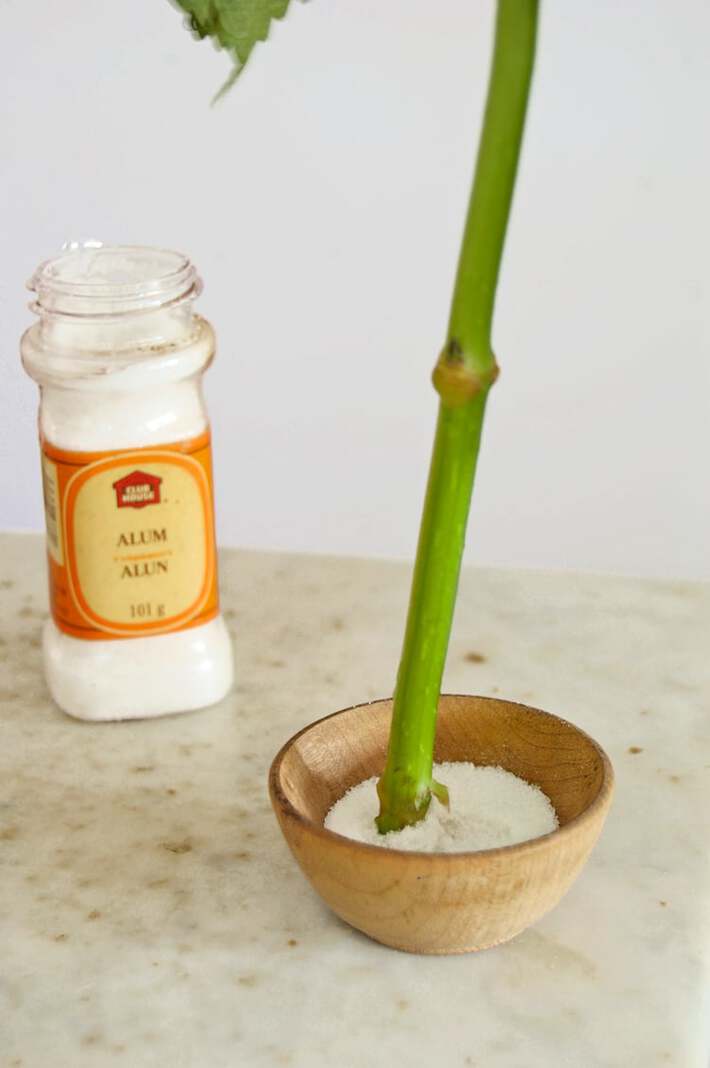 Just recut the hydrangea stem (preferably under water) and dip it in about 1/2″ of alum.  Then stick the flower straight back in the vase.  No waiting, no screwing around, no nothin’.

Take a look at the difference.  This is what my hydrangea looked 3 hours after using the Alum treatment. 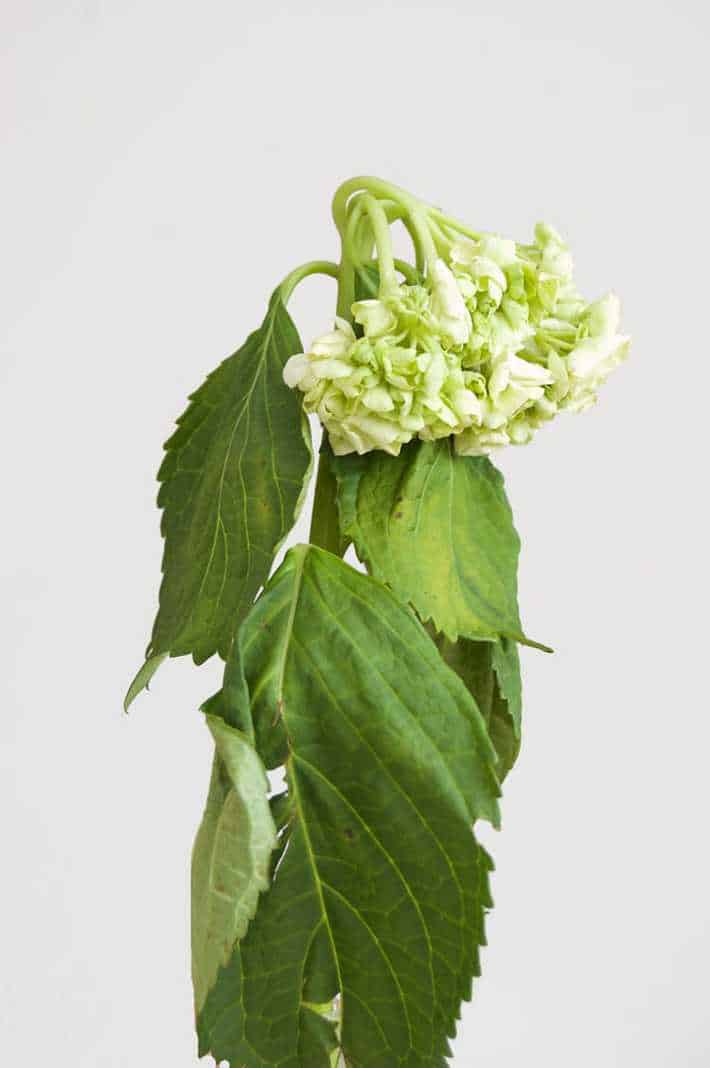 Yes indeed, it was twice as wilted as it was before.

I’ve read that other people have really good luck using this Alum method too, but I tried it three times and it didn’t work for me.

I’m sure it does work for some people some of the time, but the boiling hot water method works always.  Always. 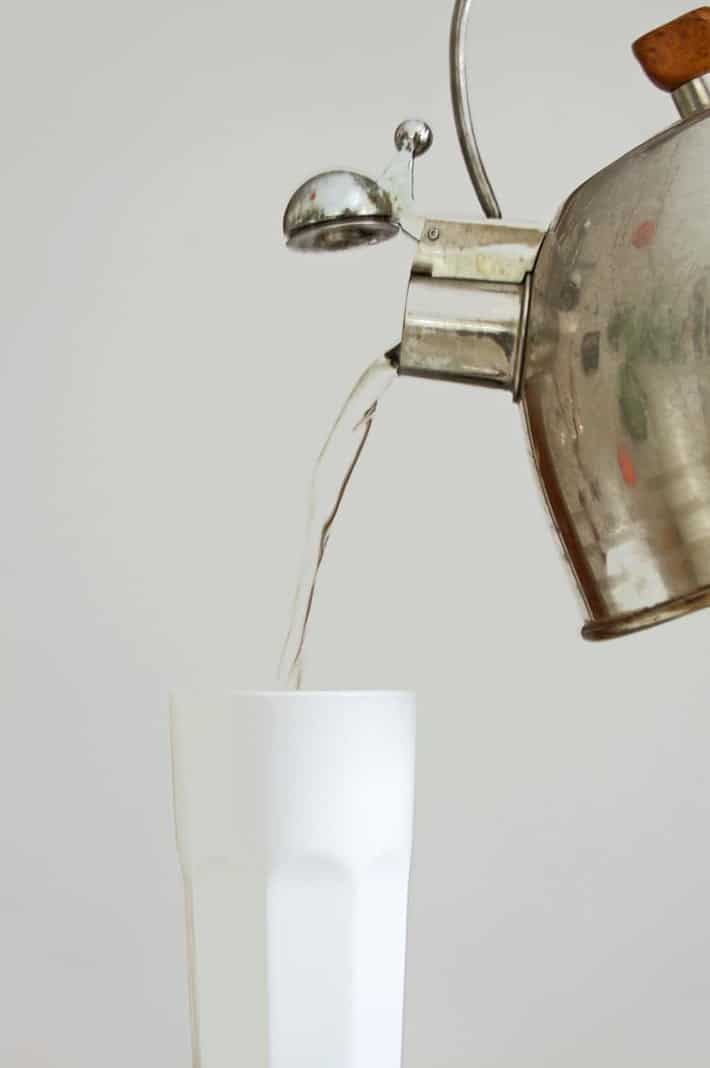 So I took my double wilted hydrangeas and did what I always do. 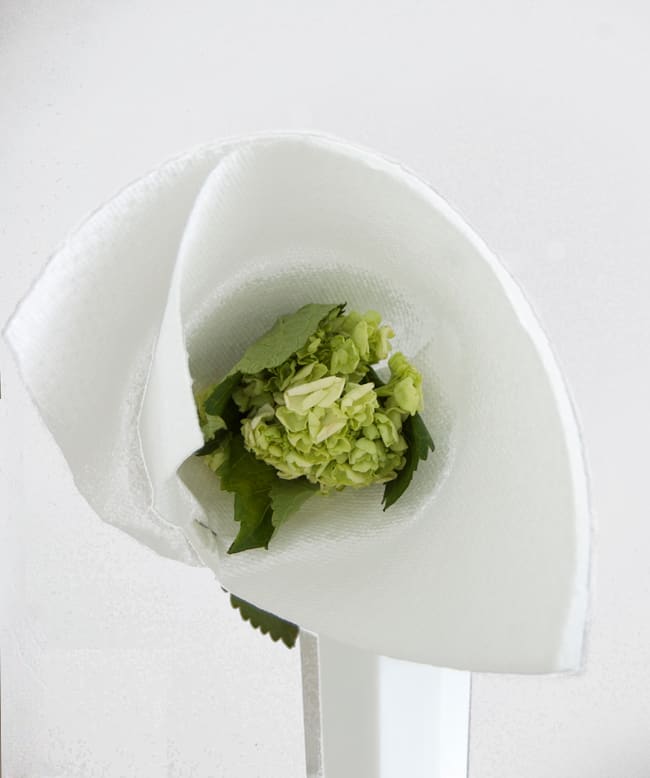 And back they came, as perfect as they were before the wilting.

You can see a couple of areas on the leaves and stem where it got scorched by the steam but it’s just cosmetic, the flower was protected and the flower did just fine. 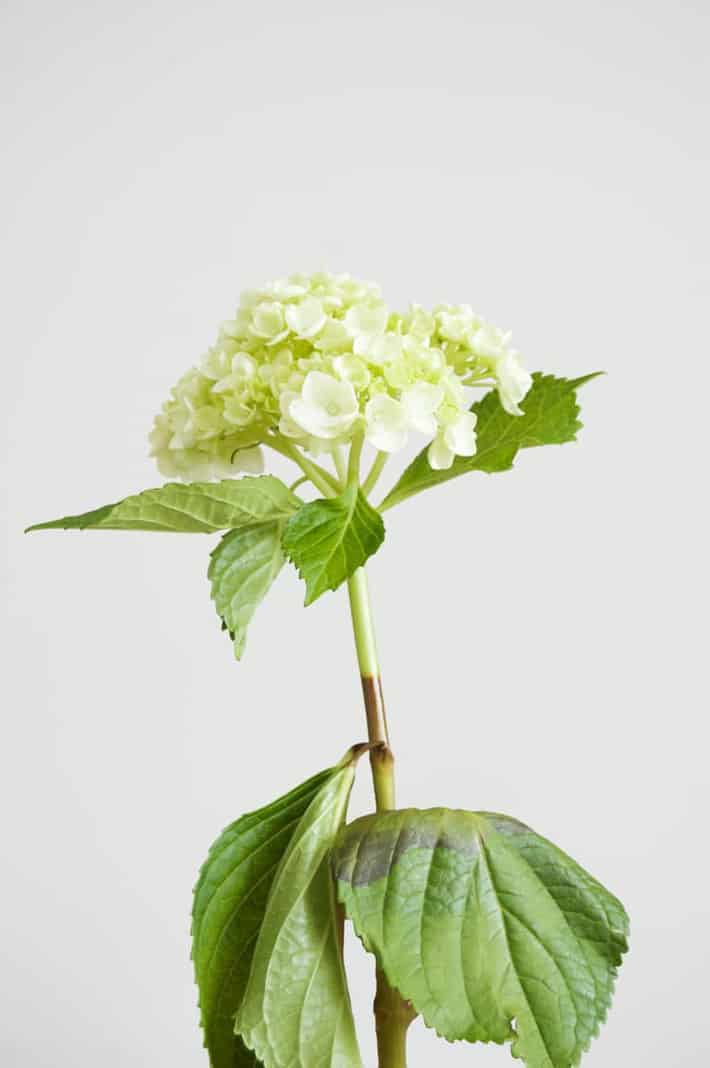 I first wrote about this tip years ago, but with wedding season coming up I thought it was a good idea to mention it again.  I’ve had more than a dozen emails over the years from brides, wedding planners and frantic family members thanking me for saving their wedding with this tip.

The hot water method will only save a wedding.  Not a marriage.  But you can decrease your chances of a bad marriage by asking 3 important questions before you get hitched.