I'm sitting here in my backyard with 14 chicken feathers sticking out of my bra and a beer in my hand, typing out a blog post while my hairdresser/friend Renee swears at her iPhone as we wait for my hair to bleach.   I know the shocking part of that sentence is that I bleach my hair.  She's actually swearing a lot at her phone now and appears to have actually fainted.  I think that was a growl.  I'm just going to ignore it.

Later I'm going to make us dinner and that'll be it.  That'll be the memory. It isn't what you'd call mind shatteringly exciting and definitely not something you could base a Netflix series on for instance but weirdly those HUGE instances in life aren't normally the things that morph and stick and turn into memories anyway. It's the weird little things.  I barely remember going to Disney World when I was a little kid but I definitely remember our next door neighbour cooking french fries for the kids in the neighbourhood in their basement kitchen and serving them in brown plastic cups.

Every year when summer starts to wind down and the skies go from bright blue to light blue, when shadows are longer and mornings are cooler I get angry at myself for not having done more.  I think *next year* I'm going to do more in the summer. I'm finally going to book a trip to the East Coast, I'm going to go out more, go for dinner more, enjoy more ... and then I don't.

But this year I feel like I've made more memories than I have in a long time. I've made more of a point of saying yes to things I'd normally say no to.  Because there might be a kick ass memory to be made.  I work less (marginally) and garden more.  My front yard is a disaster and I'm sure the neighbours think I'm suffering from some sort of dementia or arthritis or work allergy.  Or maybe they just think I'm lazy.  LOLOLOLOL!!!  No they don't.  They might think I'm nuts but they definitely don't think I'm lazy.

Here's a little bit of what my summer has looked like: 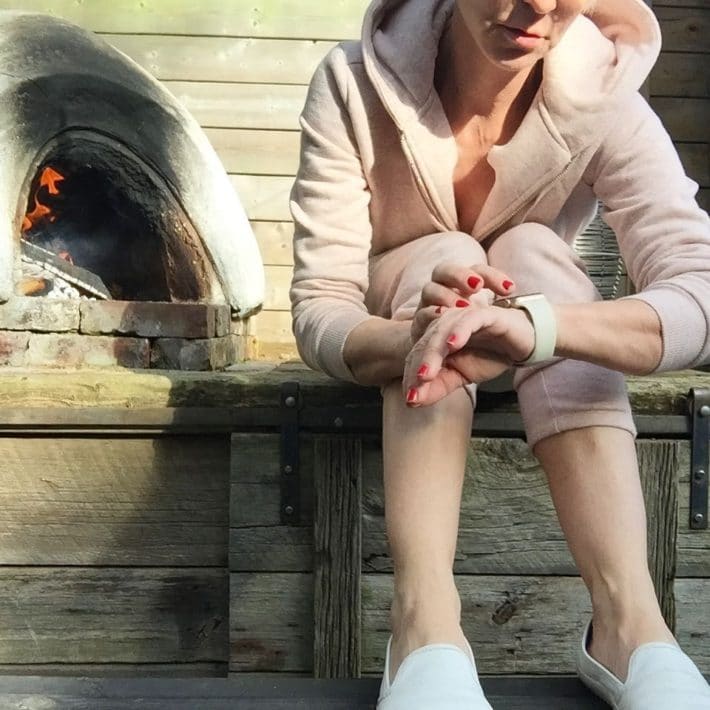 A little bit of pizza making. 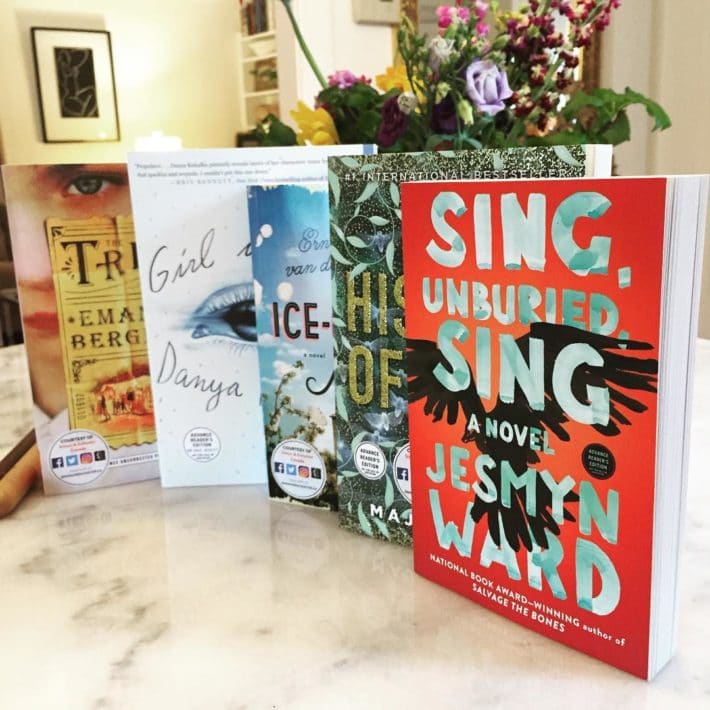 I've only managed to get through two of the books here this summer and I've just started the one in the centre, The Ice Cream Makers. 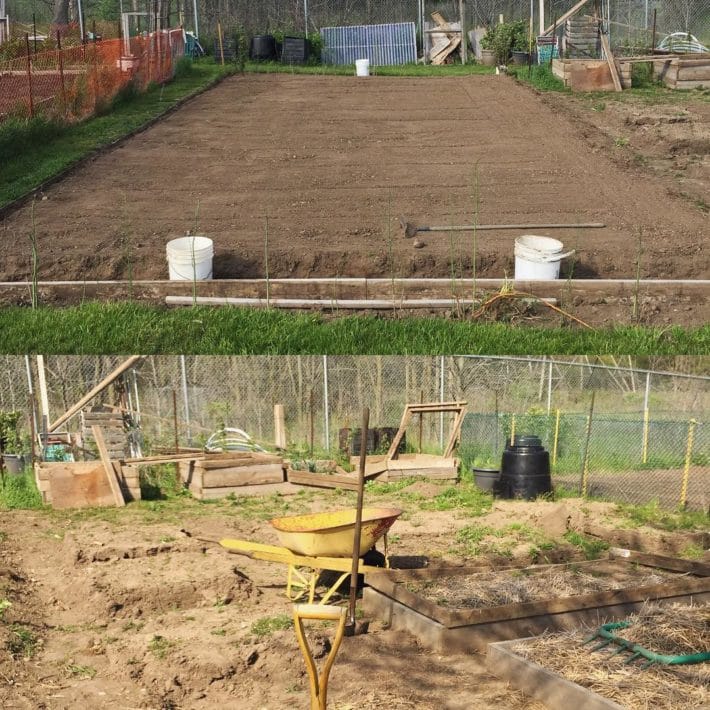 A rather large memory from this summer is going to be building this garden. Holy crap. It took months but I absolutely love it now. It's easy to take care of and just a nice place to be.  You know.  If you like gardening and vegetables and snakes. 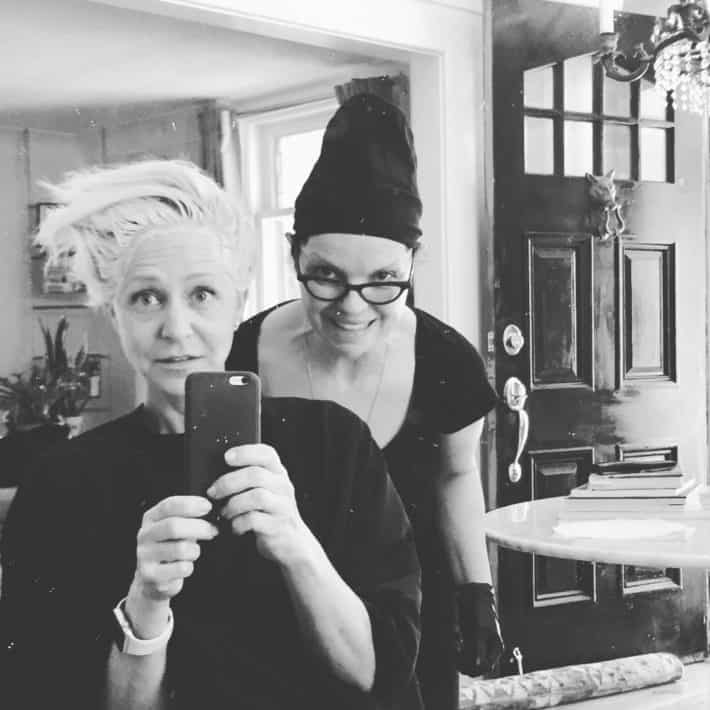 This wasn't this most recent haircut with my friend Renee, it was one or two cuts ago nearer the beginning of the summer. She is clearly a garden gnome and I am leaning towards that Hermey the Elf. 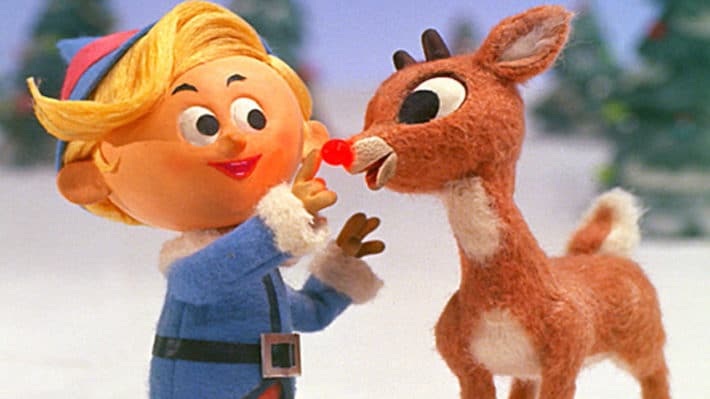 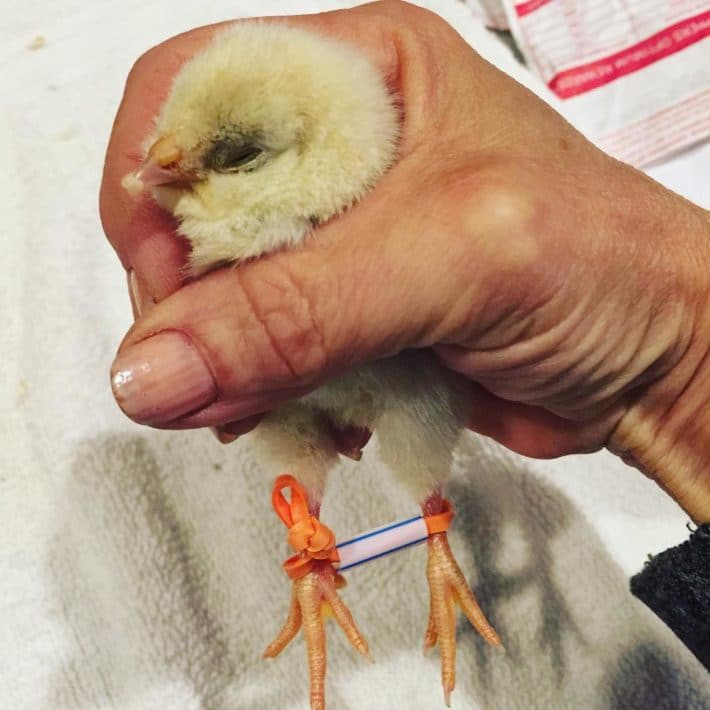 This summer I tried to help save a neighbour's sick chick but we weren't successful.  But we tried.  We really tried. 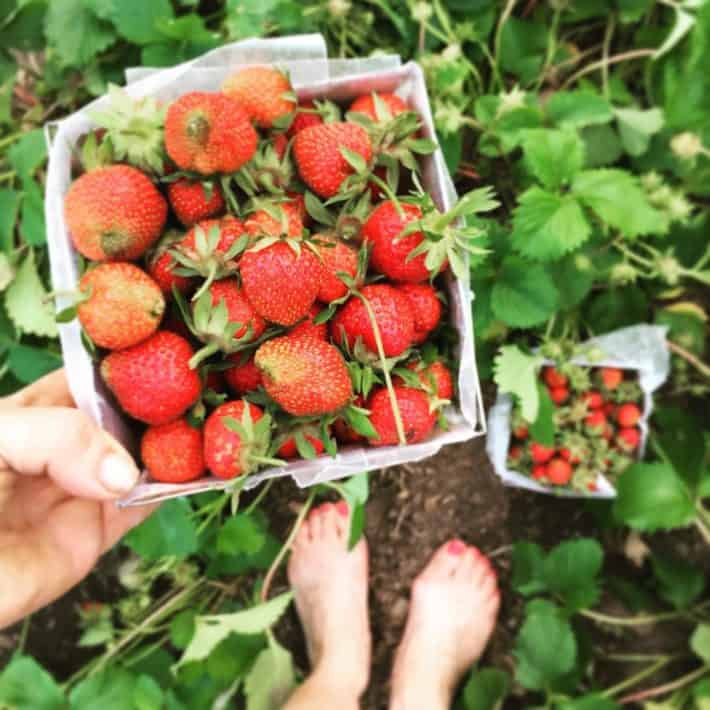 I grew, picked and made jam out of strawberries. 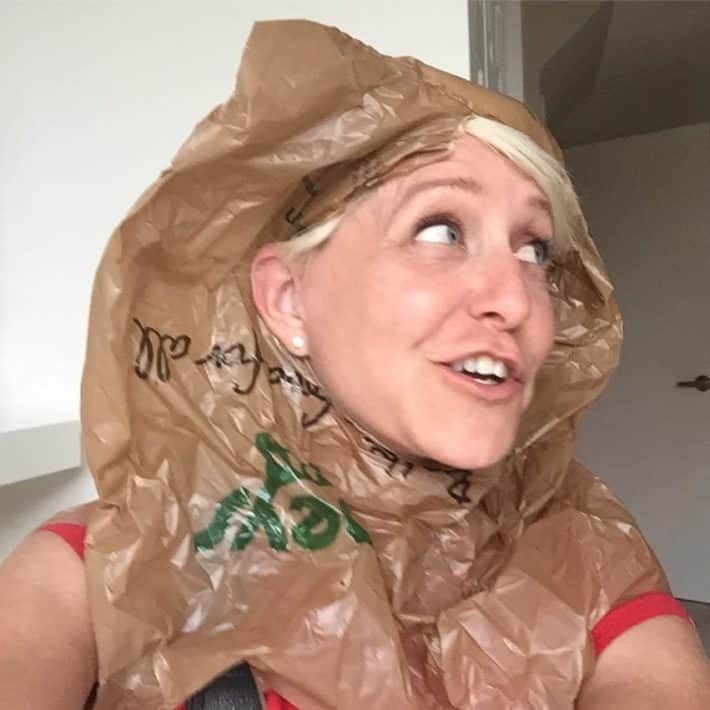 You'll never believe me but I made this rain hat out of a grocery bag. 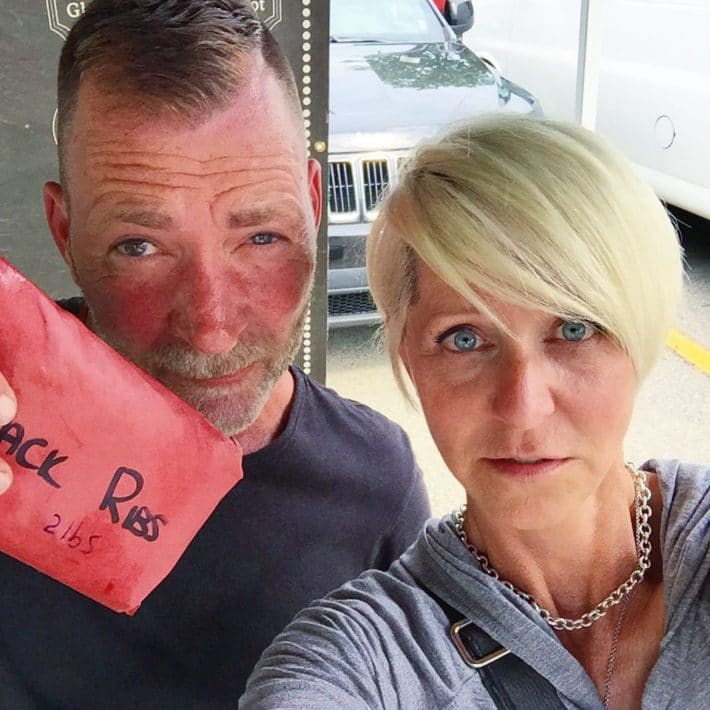 Me and Murray.  I made it as far as picking up some back ribs from my favourite pig farmer, but still haven't got around to actually cooking them. 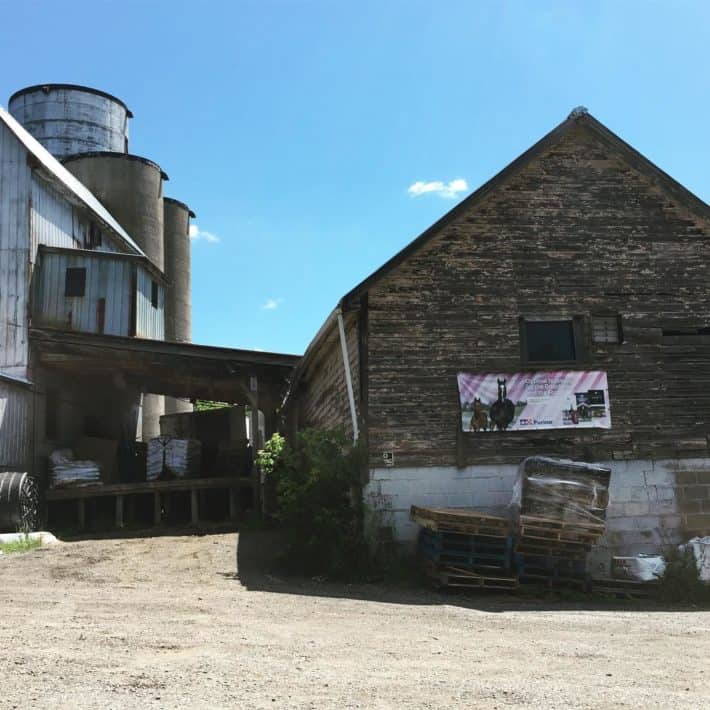 One of my favourite super-stupid, boring, simple, summer things to do is go to the feed store. 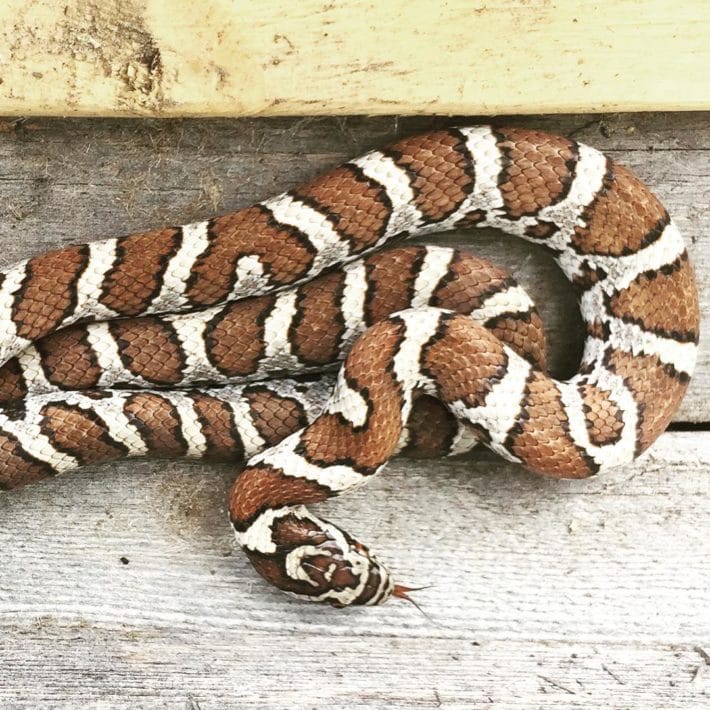 Met a lot of snakes in the garden this summer.  This is the milk snake I saw a few weeks ago living in my stash of wood at the back of my plot.  Love him! 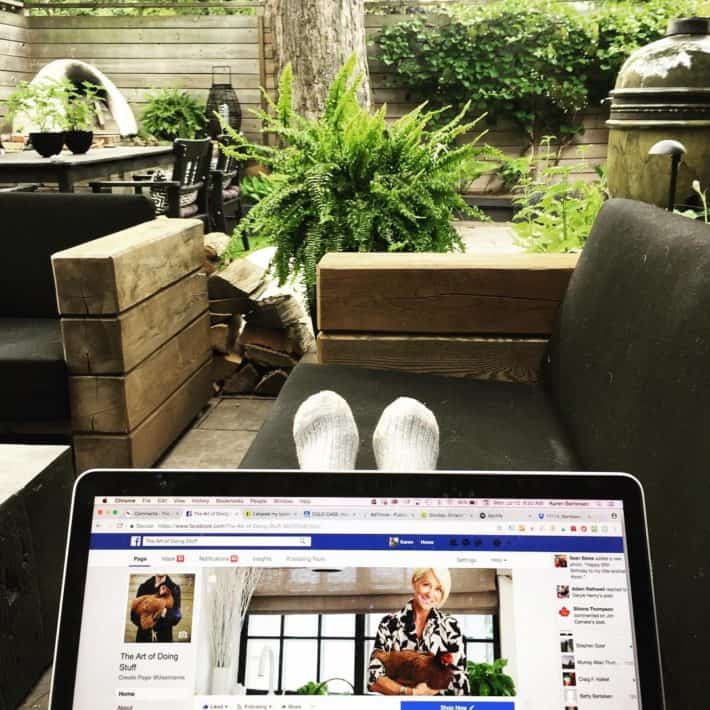 And yes I've worked this summer. But I've made a real point and habit of working in the backyard.  Outside.  It's still working but it just feels slightly better than being stuck inside working. 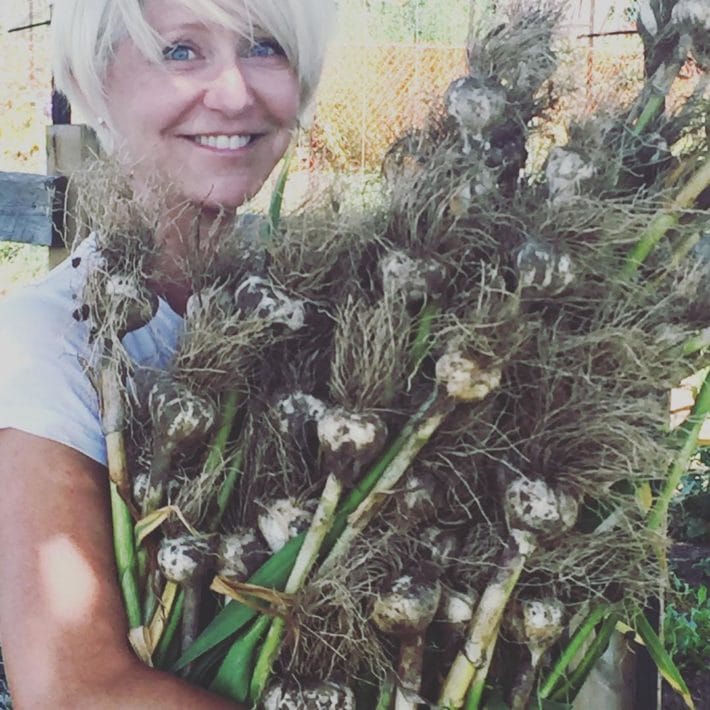 I've cut scapes and made pesto and harvested around 160 heads of garlic. 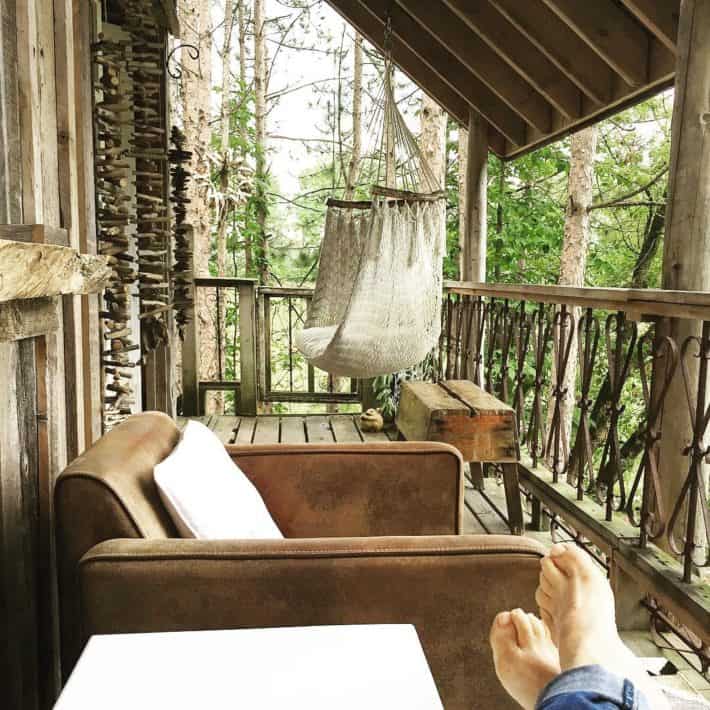 And I relaxed for a full ... I'm gonna say day.  At Lynne Knowlton's astonishing treehouse. 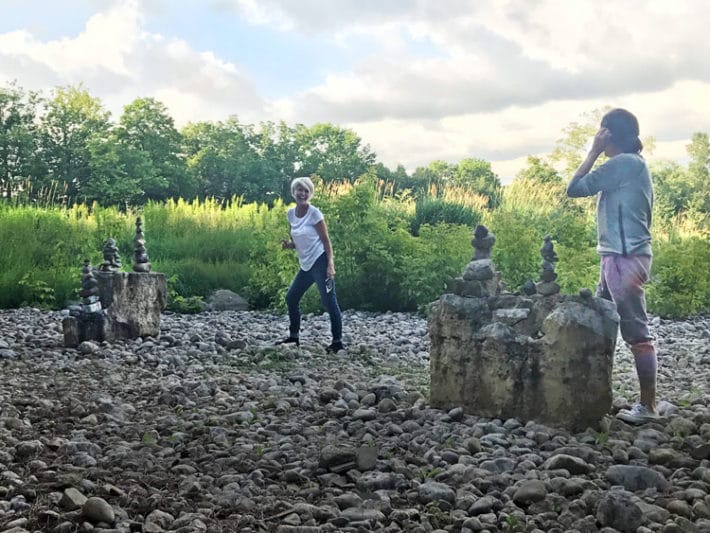 I even stacked rocks in what turned out to be a fierce rock stacking competition with Lynne herself.  So that wasn't so much relaxing as training for what I expect to turn into an Olympic sport. 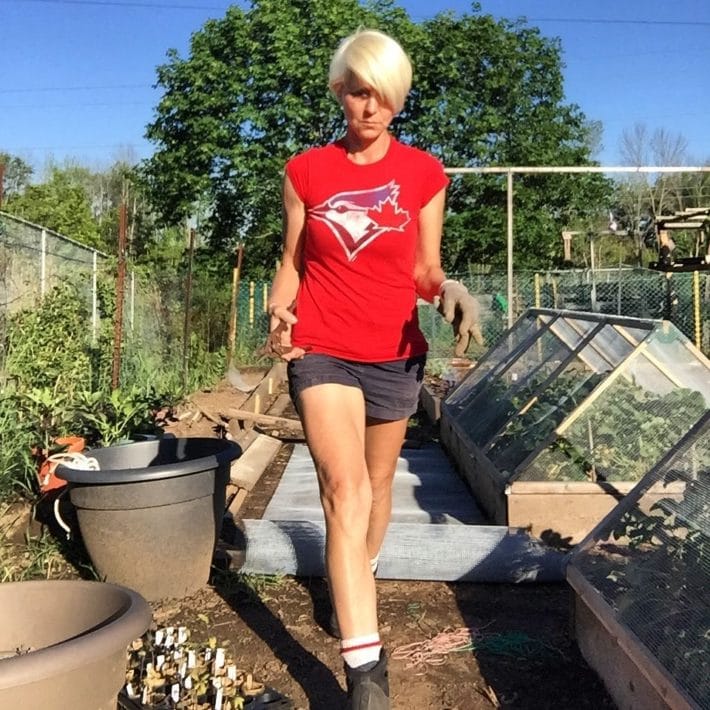 And I gardened some more. 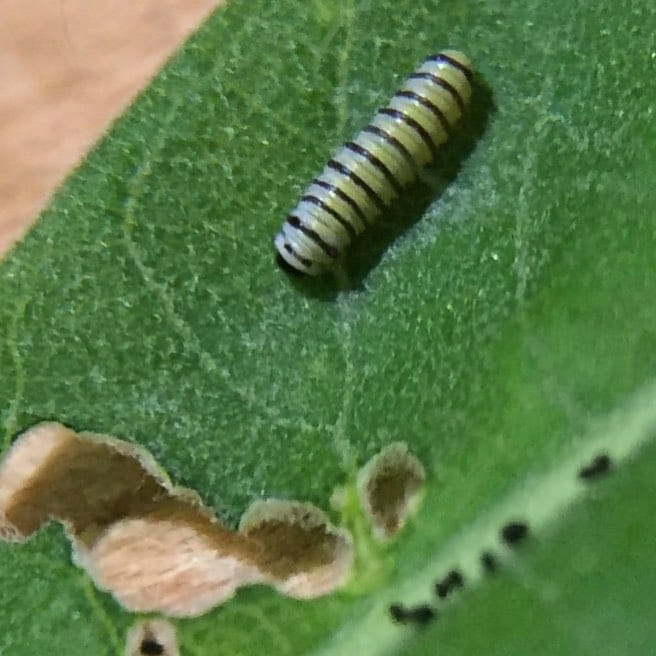 I'm raising caterpillars into Monarch butterflies like I do every summer. 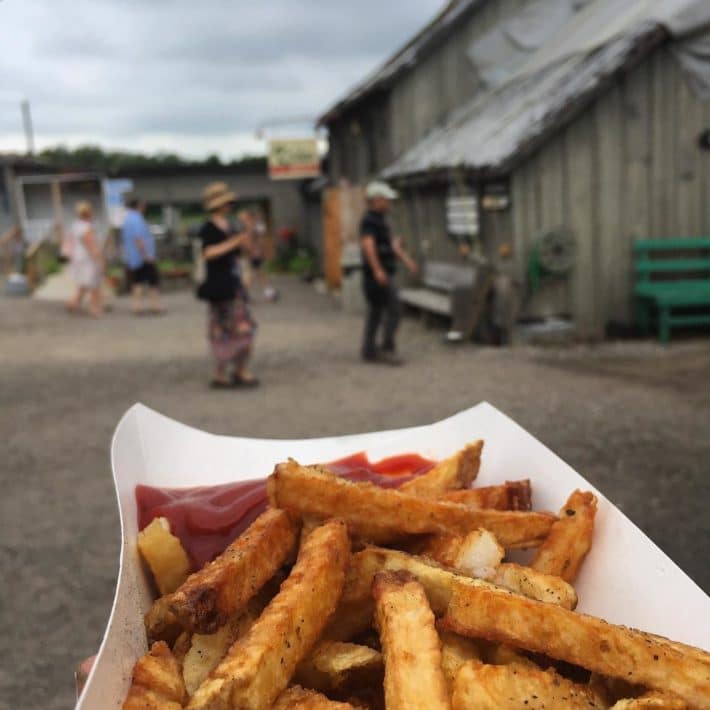 I went to MORE antique markets and ate french fries.  What better memory could a person possibly have?  Other than maybe eating french fries with gravy.

But I wanna make MORE memories.  So I'm taking next week off from blogging.  Here's a funny story.  I didn't even know I was going to say that until I typed it.  Now that I'm saying it, I feel like I should also take a week off from social media entirely.  omg.  This is getting real now. Where is this coming from???!!  Maybe I do have some form of dementia.

Have a great summer memory photo to share?  This is where I ask you to add it into the comment section with a little description of what's going on.

Monday is a holiday in Canada so I wasn't going to post then anyway, so technically you're only missing 2 posts from me.  And chances are during my time off I'll be doing stuff that I'll be able to turn into great blog posts when I get back.

See you in just over a week and don't forget to upload some summer memory pics.

Have a great weekend and week!