Home » How To Stuff » Cooking Stuff

Can we be frank?  If you're making grilled cheese sandwiches on anything other than sourdough bread there's a good chance you're mental.

I don't really care if you're mental and I firmly believe that we can still be friends because who isn't mental? But I will question almost everything you do from here on in based on this whole sourdough thing.   I'm concerned you're also the kind of person who puts ketchup on your grilled cheese.

If you DON'T use sourdough bread for your grilled cheese sandwiches it's entirely possible that up until now you just didn't know any better.  Now you do.

There are 2 main reasons to use sourdough bread for grilled cheese sandwiches.

Since building my outdoor cob pizza oven and discovering the world's best bread book The New Artisan Bread in 5 Minutes a Day I've been making a lot of bread.  A lot.  Some would say too much.  Mostly people who are walking behind me.  Up until 2 years ago I made sourdough bread from my own starter that I showed you how to make on this website years ago.

But I let my sourdough starter die a sad death and it's time for me to make a fresh batch.

So what is Sourdough exactly?

Do you remember years ago when there was a bit of a fad with people passing around a gross glop of dirty looking glue? You were supposed to take a bit out, separate the rest and pass it along to a bunch of unsuspecting friends. It was like a chain letter but with something you were worried people had sneezed into.

THAT was sourdough starter.

Sourdough starter is what you need to make sourdough bread.

Sourdough starter is basically a mixture of flour and water that’s been left to ferment and turn into liquid yeast.

Sourdough yeast tastes different than regular yeast because it’s fermented and has a slight sour taste to it which gives sourdough its distinct flavour.

O.K. NOW do you want to know how to make this miracle of nature known as sourdough starter that has you catching wild yeast from the air.

I thought you might. I learned how to make natural sourdough starter from the book Wild Fermentation by Sandor Ellix Katz.  This book has every possible way to ferment anything.  It's a hipster homesteader's dream.

One of the first things you learn in the book is how to catch wild yeast to make sourdough starter.  Otherwise known as glop.  I made that up. I'm the only person who calls it glop, but it's pretty appropriate if you ask me.

Yeast is on your hands, in your home,  and on the wind.  Which is lucky for we sourdough starter makers.

How to Make Sourdough Starter
Steps: 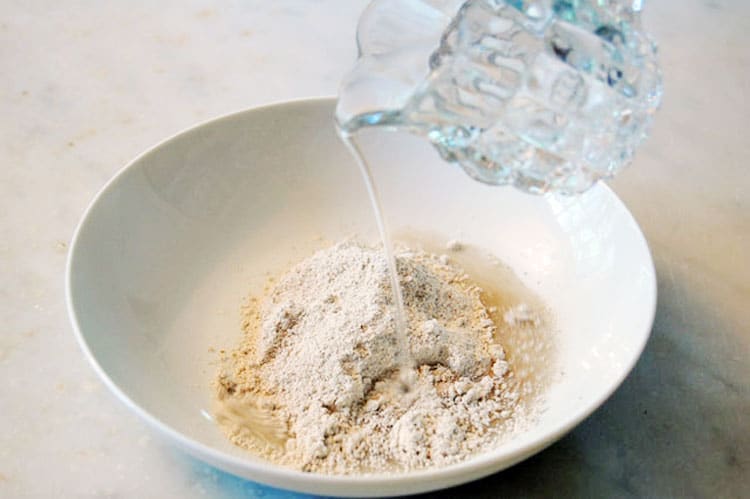 Stir it together. Cover it with a cloth. 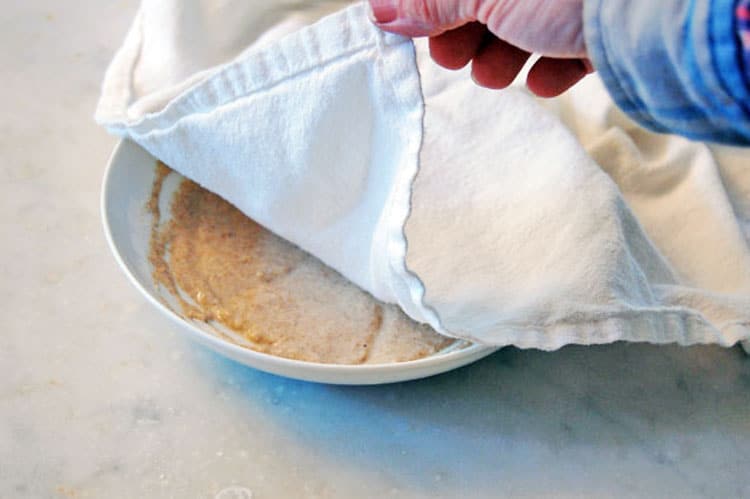 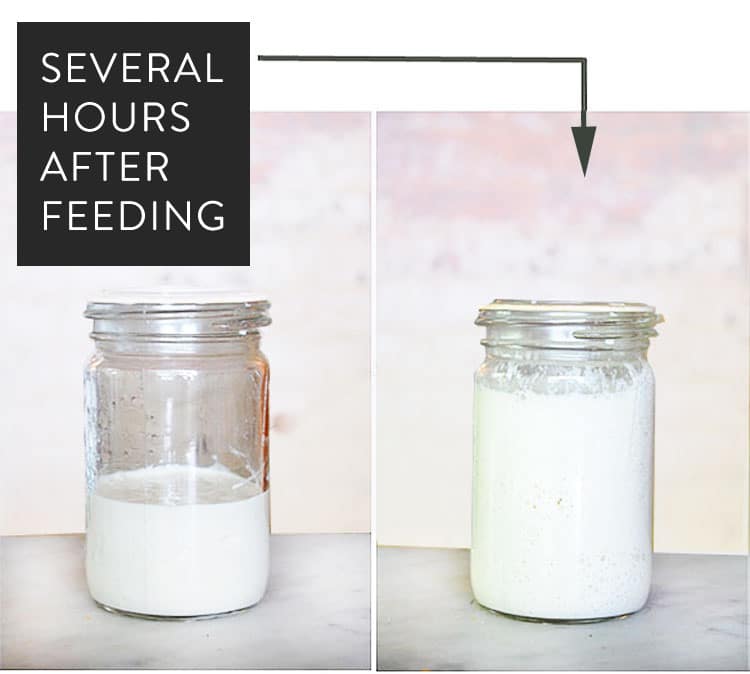 Once your starter reliably doubles in size for several days, you can break out the cigars because you are the proud parent of glop. Some people suggest you keep feeding it on the counter like this for up to a month to really get the sour taste. Those people must not have a life. Because just feeding this starter twice a day for two weeks is enough to make a person crazy. Trust me. By the end of two weeks you’ll be as sick of feeding this starter as you are of feeding your family every night.

Once you have a successful starter you can stick it in the refrigerator until the day before you’re going to make bread. The day before you make bread the starter should be removed from the refrigerator and brought up to room temperature. Once it’s warm, add ¼ cup of bottled water and a ¼ cup of flour. This will help activate the starter and get it bubbly again. 8-12 hours later, do it again. Your starter should now be ready to use.

If you don’t think your starter is doing much you can:

a) put the starter close to an open window so it has more access to wild yeast. (no idea if this is a fable or not, but I did it and it worked)

b) Put the starter in a warmer part of the room, or warmer room in general.

Too much work for a grilled cheese sandwich?  Of course it is. You can buy sourdough bread pretty much anywhere now you know.  But if you're the curious type or LOVE baking bread  you have to do this at least once in your life. If you decide it's too much upkeep ... well that's when you start unloading it on other people by starting yourself a good old fashioned glop sharing chain letter.

Just make sure to cover your mouth when you sneeze around it.