4 Tips for Installing a Self Locking Gate Latch.

Today I’m going to show you how to install a simple gate latch. I wasn’t even going to post this tutorial. I mean, installing a latch is definitely a low bar to clear in terms of home improvement. But then I remembered many of you didn’t know which way toilet paper should go on a holder so … let’s learn how to install a gate latch!

I’m going to WOW you with my in depth knowledge of installing gate hardware. I know you don’t think you can be wowed by gate latch particulars – that it isn’t worthy of making space for in your brain. To that I scoff and say, That is EXACTLY what I thought you’d say.

You are honestly so predictable.

I agree it’s a simple task, but if you don’t do it right, installing a simple latch that should take 10 minutes of your time could end up taking over an hour of your time.

I know this. Because I heard about it on the dark web.

There’s a lot more chatter about diy installation timelines for small outdoor projects on the dark web than you’d imagine.

O.K. It was me. I’m the one who spent over an hour installing a gate latch that should have taken 10 minutes and I am proud of that because unlike some other websites, my posts are 100% based on my own personal stupidity. NO other website can make that claim. I guarantee it.

Why did installing this latch take me an hour? Because I tried to do it quickly. Trying to do things quickly guarantees the job will take you 10x as long as if you did it slowly. One of many laws of nature.

The 4 Tips You Need to Know Before Installing a Gate Latch.

There’s no such thing as a world class, top of the line, crappy gate latch. These self-locking latches are universally bottom shelf hardware that run about $5 – $15. That’s not a problem except when it comes to the screws that come with them.

How to Install a Self-Locking Gate Latch

2. Mark the screw holes with a pencil.

3. Predrill your holes with a drill bit slightly smaller than the screws you’re using. Make sure you’re drilling straight into the wood and not at any angle.

4. Put the latch back into place and screw the screws in. They should feel snug but generally screw in easily. You can see how my screw heads are stripped from trying to speed things up by not pre-drilling my holes. Insert eye roll, face slapping emoji here folks.

5. Place the other side of your latch and wiggle it around until you can see the latch is operating smoothly. Predrill your holes and screw into place.

6. Run a pice of string through the top of the latch and through one or two screw eyes to guide it. This keeps your string in place so you never lose it, plus the screw eyes prevent the string from rubbing on the wood and fraying.

In some cases along a straight fence and fence post you can drill a hole through the post for the string to run. That wouldn’t work with the way this fence and post were configured. There just wasn’t enough room.

7. In the words of the great and accomplished DIYer Beyonce, put a ring on it. You’ll probably never put your finger through it like this but it’s easier to grab than string, plus it weighs the string down and makes it impossible to slip accidentally back through the screw eyes.

So with all this knowledge WHY did it take me an hour to install this thing? Like I said. I tried to rush it.

Much like when you try to save time by carrying ALL your laundry downstairs in a huge armful you can barely see over and end up dropping socks and underwear every 2 feet like Hansel and Gretel breadcrumbs.

Alright. You’ve read it, learned it, committed it to your brain. When the day comes, and it will, you can send me a thank you note for filling a tiny part of your brain with my stupidity. 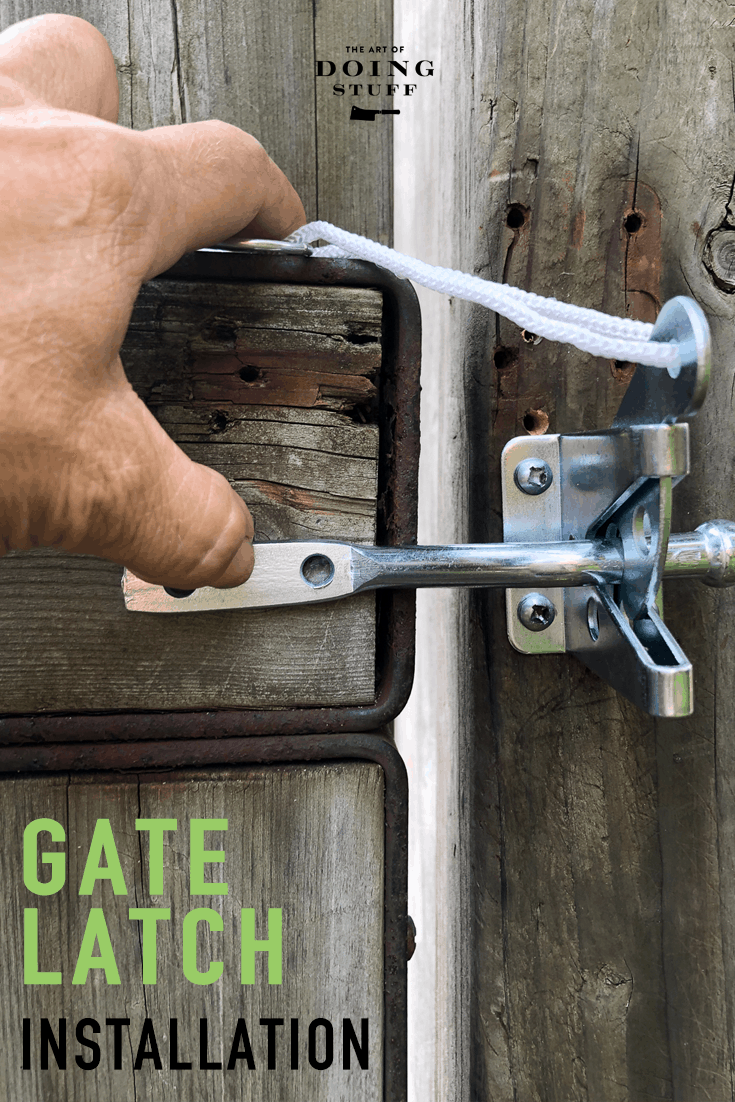