I come from a long line of canned food eaters. Canned peas, canned corn, canned green beans, even canned asparagus which has the consistency of baby food after it’s been digested, expelled and sat upon for a day or two.

When I first moved into my house 16 years ago I loaded up my cupboards with canned peas, canned corn and canned green beans. Because that’s how my mother did it, that’s how her mother did it, and that’s how everyone who was raised on white bread and cellophane wrapped cheese slices did it.

Over the years I started to draw the line on canned goods and bought less and less canned stuff and more and more fresh.

Of course, now I’ve gone and hopped right over the canned vegetable line, landing smack dab in the middle of a raised bed. I don’t just eat fresh vegetables, I now grow them right in my front yard. Like a hippie.

It’s only a matter of time before I throw out my blush in favour of painting flowers on my face.

Even with all the vegetable growing I do, the one thing I don’t grow is broccoli. Unless you spray it and cloak it and babysit it, broccoli tends to get cabbage worms, a caterpillar-like thing. Often they’re large enough to wear hats, but because they’re the same colour as broccoli they’re impossible to spot. Unless they’re wearing their hats of course, which they rarely do.

Almost every time I go to the grocery store I buy a head of broccoli, not because I’m so in love with broccoli, but because there are so many things you can do with it.

So if you’re stuck in a broccoli rut, read on. There’s more to broccoli than over boiling it. (I also come from a long line of over boilers)

I have for you 3 side dishes, a soup and a salad. All easily made with one head of broccoli and 2 or 3 more ingredients. 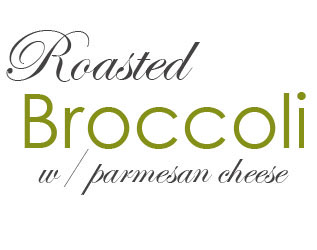 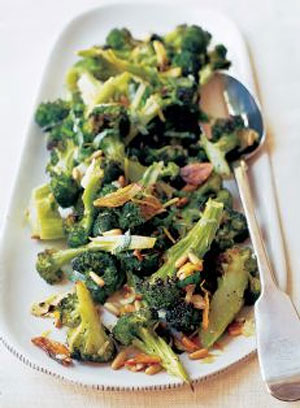 For a quick version, no recipe needed, just do what I do most of the time …

Toss your broccoli florets in olive oil, season with salt and pepper, then roast at 400 F until tender crisp and slightly caramelized.  Drizzle with olive oil and immediately throw a handful of shaved parmesan cheese on top.  (I shave mine with a potato peeler)  Done! 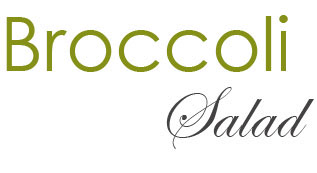 Oops!  The Broccoli w/ Feta recipe doesn’t mention “ALMONDS” in the ingredients.  It should include a handful of slivered almonds. 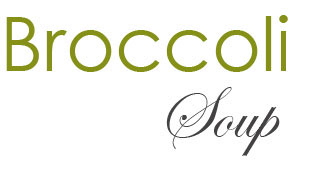 I’ve mentioned before how Broccoli soup is my go-to quick meal.  Add in a grilled cheese sandwich and watch their faces light up. 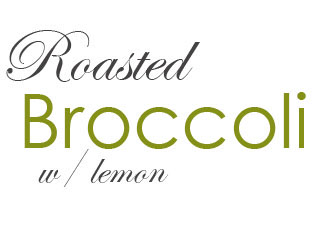 Roasted broccoli all on its own is delicious, but if you want you can add a squeeze of lemon at the end.  It’s a great way to brighten up the roasted flavours.

Toss broccoli florets in olive oil, season with salt and pepper, roast on baking sheet in 400F oven until tender crisp and caramelized.  Remove from oven, drizzle with olive oil and finish was a squeeze of fresh lemon juice. 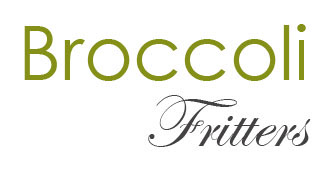 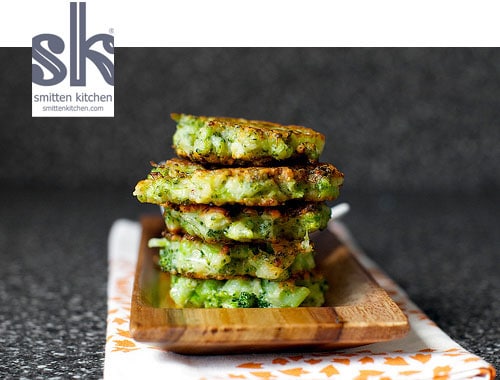 This looks like a great way to use up leftover cooked broccoli to me.  Deb of Smitten Kitchen fame came up with this when she mashed up some leftover broccoli her toddler didn’t eat, mixed it in with some parmesan, egg and a couple of other things then fried them in a pan.  The Broccoli fritter was born.

As soon as I have a kitchen that acts more like a kitchen and less like a migraine trigger I’ll be giving these a try.

As soon as I have a kitchen I’ll be giving a lot of things a try.  Maybe even canned peas.  Or yodelling.  Or taxidermy.  Who knows.  It’s a new kitchen.  Anything can happen.

It may even me inspire me to make some cabbageworm hats.