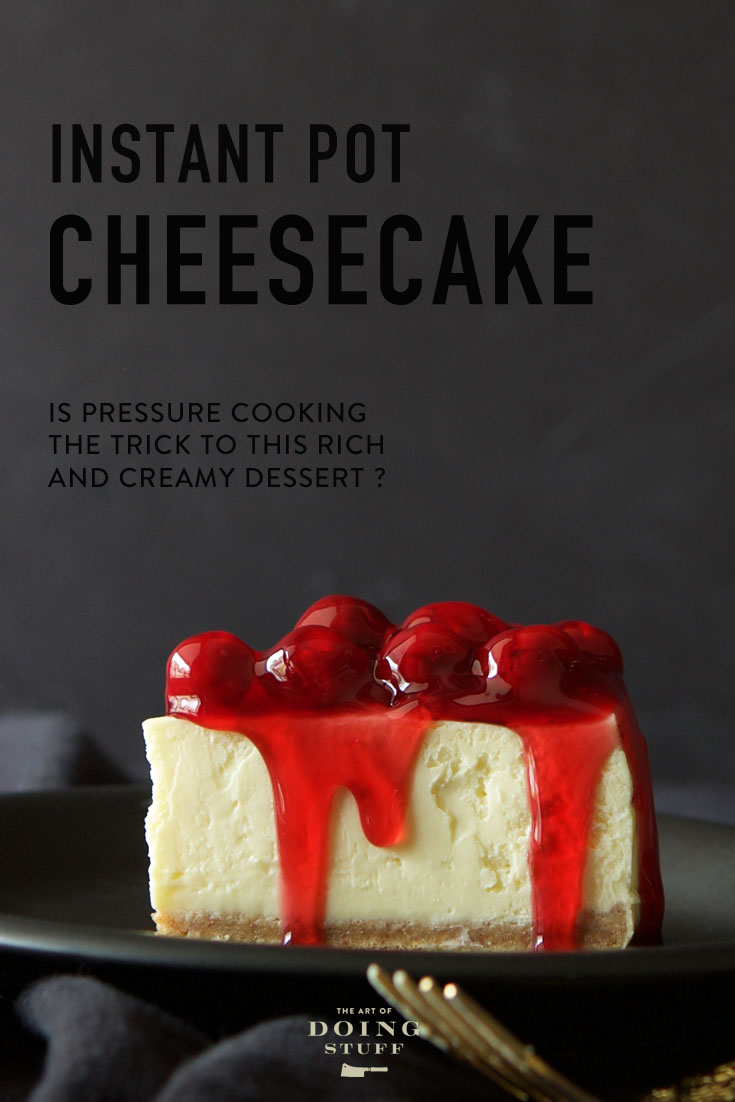 HOW DELICIOUS DOES THAT LOOK?!

No,  I'm serious, I need you to tell me if that looks delicious.   I'm not a huge dessert fan so to me it looks about as appealing as a sweaty, rubber clown nose. 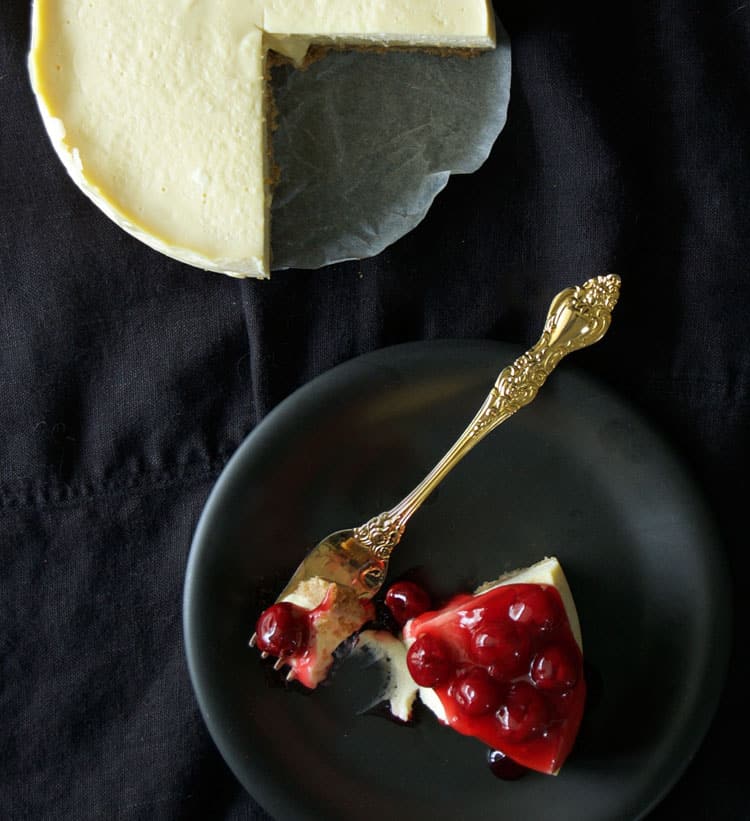 However, in keeping with the great Instant Pot experiment of 2017, I made a cheesecake.  Along with hard boiled eggs, people go nuts over making cheesecakes in their Instant Pot. And by "people" I mean the collective cult of Instant Pot enthusiasts who will proclaim anything and everything can be made in an Instant Pot (whether it actually makes sense to make that thing in the Instant Pot or not).

Why do they cook everything from a whole chicken to cheesecakes in their Instant Pots?  Because they can.

Because I don't cook a ton of desserts I researched as much as I could about cooking cheesecakes in the Instant Pot.

I scoured and studied and sleuthed until I found all the tips, tricks and techniques I thought I was going to need to make a photogenic cheesecake. 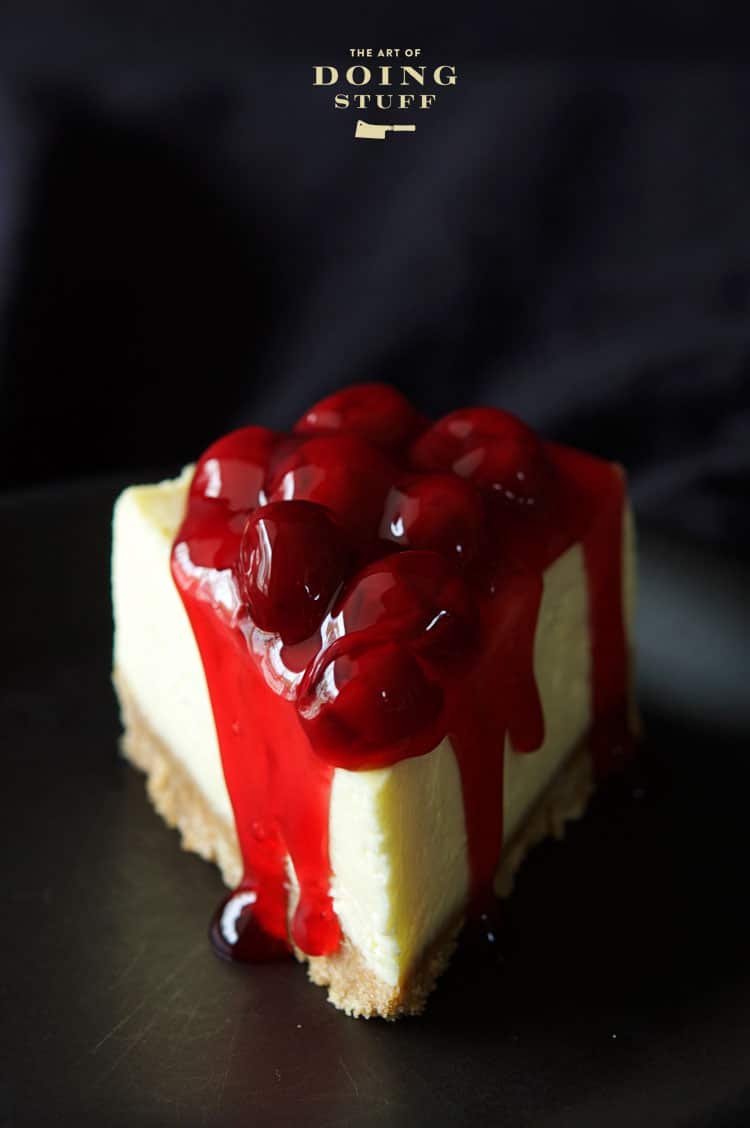 And yes that's totally a can of cherry pie filling on top.  I was not going to spend my day making a topping for a sweaty, rubber clown's nose. 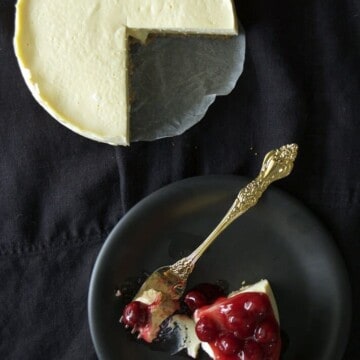 This creamy, tangy cheesecake base can be transformed to whatever you want it to be depending on your topping.
5 from 2 votes
Print Pin Rate
Course: Dessert
Cuisine: ), They say it's from New York.
Author: The Art of Doing Stuff 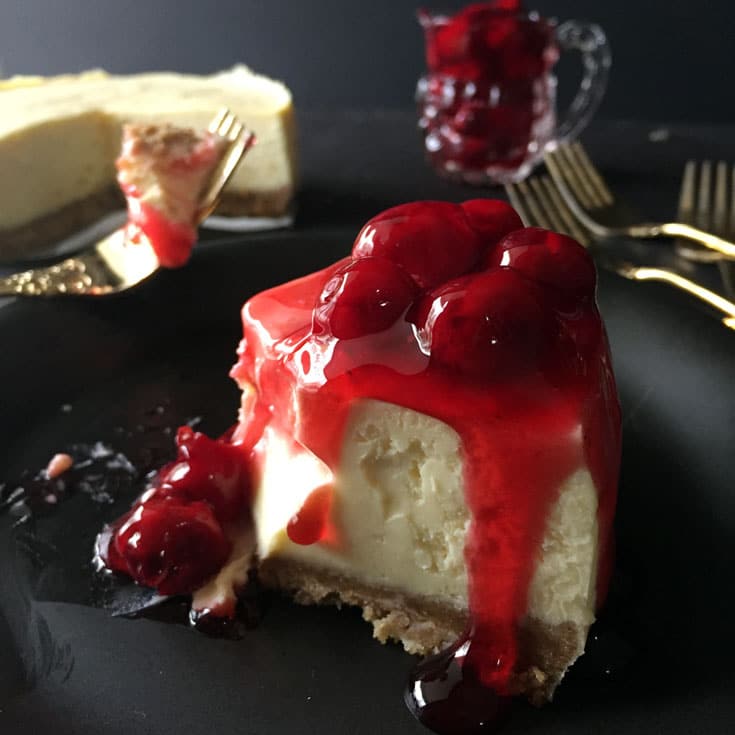 The cheesecake turned out perfectly in the Instant Pot.   It looked great, had no cracking, wasn't dried out and had perfect texture.

Seeing the thing covered in water when I pulled it out of the Instant Pot was a bit disconcerting but the paper towels cleaned the top of the cake up perfectly.

The last part of the test was to taste it. I ate a small piece and immediately felt sick.  Again, sweaty, rubber clown's nose.  Knowing I couldn't trust my own judgement I fed the cake to everyone who came into or even near my house over the next couple of days.

The consensus was - delicious.  The cake turned out creamy, tart, and sweet with a smooth texture.  All the things you apparently want a cheesecake to be.  So the Instant Pot cheesecake was a 100% success.

But even after this success I kept asking myself one question.   Why?  Why cook a cheesecake in an Instant Pot.  It wasn't any faster than cooking it in an oven.  I don't think the flavour was any different.  So why?

And I think it simply boils down to "because you can."