I'm sure you've seen them in the grocery store.  Eggs labelled as "Omega-3" eggs. They're bursting with goodness and health and nutrition.  They're easy to identify from the other eggs.  They're the ones that look like Dr. Oz if you stare closely enough at them.  Plus they cost about $1 more per carton.  Plus they have "Omega-3" printed on the carton and sometimes even on the eggs. 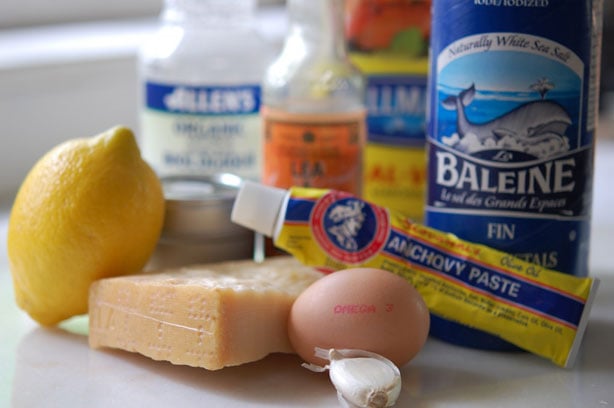 Have you ever noticed that?  You eat an egg (either store bought or from your own chickens) and there's a lingering, subtle note of trout.  This happened to me the other day.  I cracked open an egg from one of my chickens and it tasted more like I cracked it out of the spleen of a salmon than an eggshell.  It's happened to me before so I knew it wasn't my imagination.  I couldn't talk myself out of the fish taste this time.

We're all pretty good at that by the way, talking ourselves into thinking bad food is actually good.

You buy chicken breasts for instance, open them up and there it is. The scent of impending food poisoning. But you just bought them so they must be fine.  Plus they barely smell.  Plus you could stand to lose a few pounds. Plus you're not even sure if they smell at all.  Plus you just got back from being out all day running errands, and the grocery store seems so far away and you can't really be bothered to return them, plus you planned on eating chicken tonight and ... well ... maybe they didn't smell bad at all.  Maybe they were fine.  So you prep them, get them ready, prepare the rest of the dinner, then stand staring at the raw, stinky chicken that you know in your heart of hearts is dancing with barf bacteria.

You know if you cook them at this point you'll be so suspicious of whether they were good or not that you'll convince yourself they weren't and after the first bite you'll break out into a sweat, start feeling nauseous and just like that your mind has convinced your body you have food poisoning and you're in bed for the next day and a half.

So you throw the chicken breasts out and have carrots and anti-nauseants for dinner.

I almost did the same thing with my fish egg.  I ate a bite, felt gaggy, then ended up feeding them to the chickens because I was convinced they were bad.

As it turns out, a fishy tasting egg isn't bad, it's actually very, very good.

And it all revolves around Omega-3s.  Omega-3 is a fat that's most often found in fish but it's also found in flaxseed and other things.  And the interesting thing about Omega-3 fat is that it can have a fishy scent and taste no matter where it comes from. It's just a natural characteristic of Omega-3 fats. So the reason your fish tastes and smells like fish isn't because it's fish, it's because it's filled with Omega-3 fats.

Vegetables also have Omega-3 fats, just not as much as fish or flaxseeds.  So if your chickens have been fed squash, lots of leafy greens or beans that could burst up their Omega-3 intake and make your eggs fishy the odd time.

There's also some research that says certain breeds of chickens, particularly brown layers, that  have a gene that converts fatty acids in their diet to compounds that smell fishy.  So you get a brown egg laying chicken, throw in some flax seed, greens and a few beans and you end up with more than a farty chicken.  You have something fishy going on.

Which brings me to my Black and Blue Copper Marans eggs that I was mentioning last week. 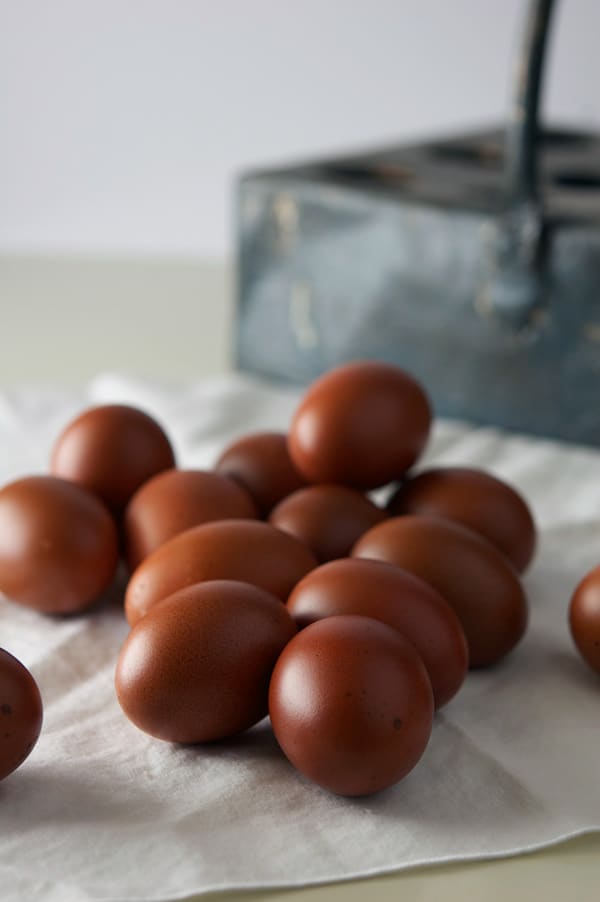 People ask if they taste any different.  And they do.  They're the only eggs of all the chickens I've had that have ever had that weird/gross/alarming/ fishy taste.  They don't have it very often, but when they have it there's no getting it past my gullet.  Which is a shame of course because the fishier the taste, the higher the Omega-3s, the better the egg is for you.