If you're looking for a classic cast iron birdbath all you have to do is head to your local garden centre, they have tons of them. But if you want a modern birdbath - for you know, the modern bird - you might to have to DIY it. 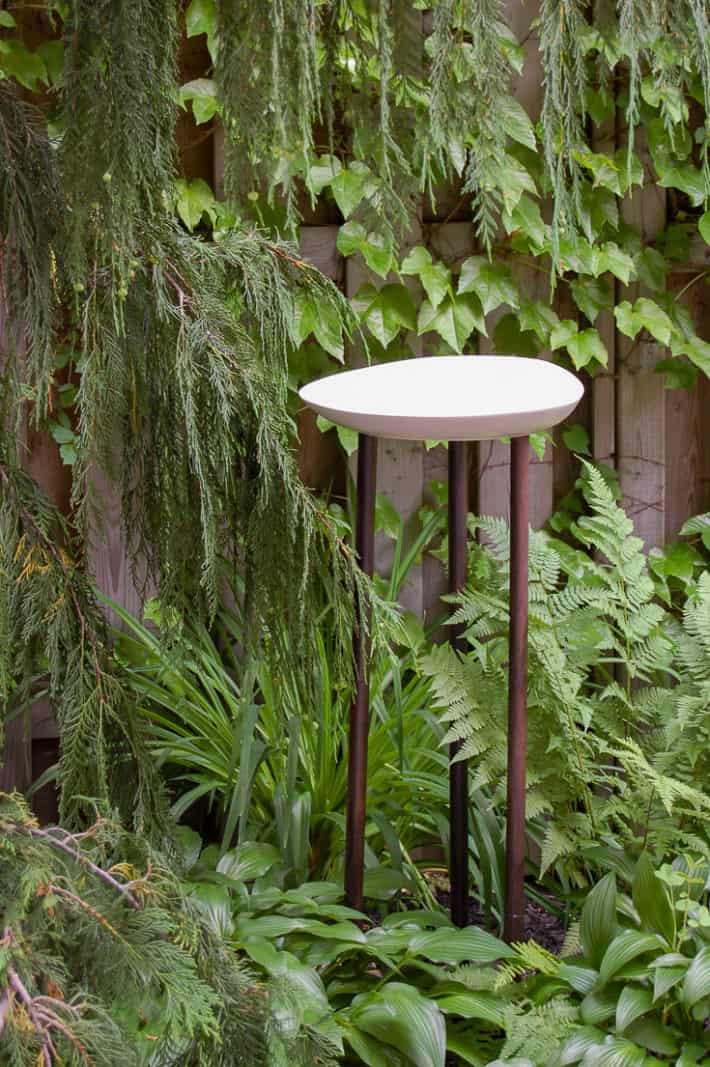 I live in a mullet house. What appears in the front is completely different than the back. The front is all original Ontario workman's cottage complete with red brick, a white porch and picket fence. The back however? The back is the party area paved with square cut flagstone, modern planters, a contemporary pond and of course the Restoration Hardware furniture I hacked. This means if I wanted a birdbath that matched my outdoor space I was going to have to make one.

And I wanted one.  This story will explain why.

I would like for you to imagine me truckin' along on my way to the corner store.  Just walking on the sidewalk, minding my own business.   (To make the picture in your mind's eye incredibly realistic you might want to picture me as Christy Turlington.  'Cause we're often mistaken for one another on account of me looking exactly like a supermodel from the 1980's.)

So you have that image in your head?  O.K., then imagine my gazelle like legs getting tangled in each other as I do something worse than a face plant.  I do an *almost* face plant; which is where you don't completely fall but instead catch yourself in mid-air, give out a little toot and correct yourself before you actually hit the ground.  Instead of road rash you end up with a really red face and that gross tingling feeling in your toes that comes from a startling scare.  I hate that toe tingling feeling.

All because of a bird.  Now, I've been startled by birds before. I have been pooed on.  I have ducked behind my steering wheel as they aim right at my windshield before laughing and swerving away, I have had a bird fly out of nowhere to take a single, big peck at my head (definitely not a feathered friend).  But this incident was different.

This bird got me tripping all over my  (supermodel-like)  legs by taking a bath.  There he was, hidden behind the hedge in my neighbour's incredibly peaceful looking yard, fluttering his wings and splashing himself quietly in their birdbath.  I say "he" because let's face it, only a man would bounce around, bathing, NAKED for all the world to see and not give a crap.

And that was it.  I had to have a birdbath in my backyard immediately.

The pickings at my local nurseries and hardware stores were slim in terms of what would match my modern backyard. So I made one. And you can too.

FYI if you want to attract birds to your yard a birdbath is a better bet than a bird feeder. The bath will attract only birds, whereas the feeder will attract everything around that eats. Plus in the summer birds usually have an easier time finding food than they do water. 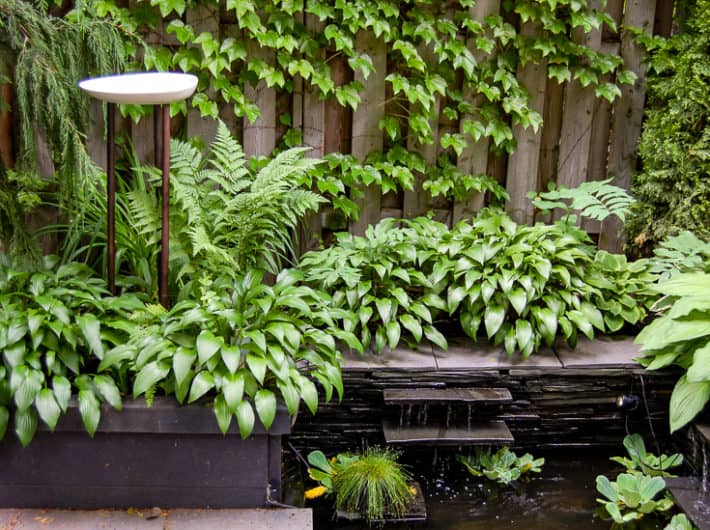 You just need a shallow dish or bowl and 3 wood dowels. 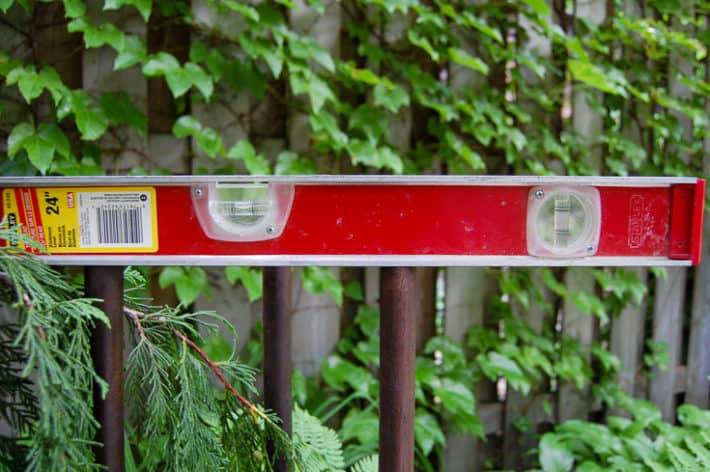 As you may have noticed I stained my dowels dark brown. You can leave yours natural if you like. Or you can paint them purple. Or green or pink or blue or black or saffron or eggplant or polka dotted.

Your dowels need to be at least 3 or 4 feet long if you want a really elevated birdbath like I have. I like the drama of it, plus it makes the birdbath easier to see from the other end of the backyard where I eat and lounge and daydream. Pfftt. I don't do any of those things. 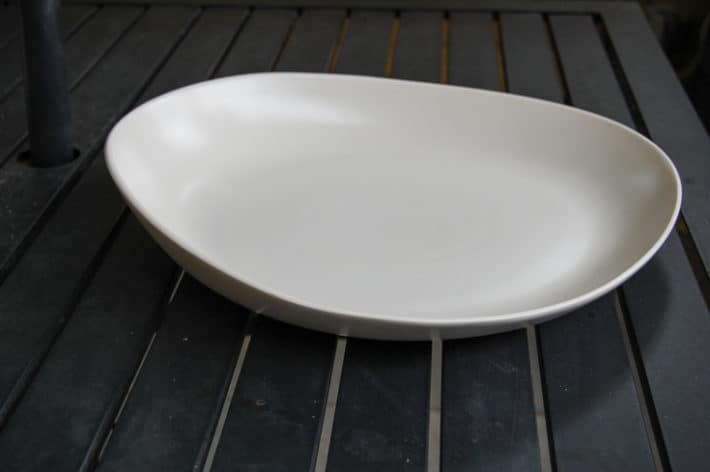 I went with an organic shaped candle plate from Ikea for my shallow bowl on top but you can use anything that will withstand being outside. It should be able to hold 2" of water. 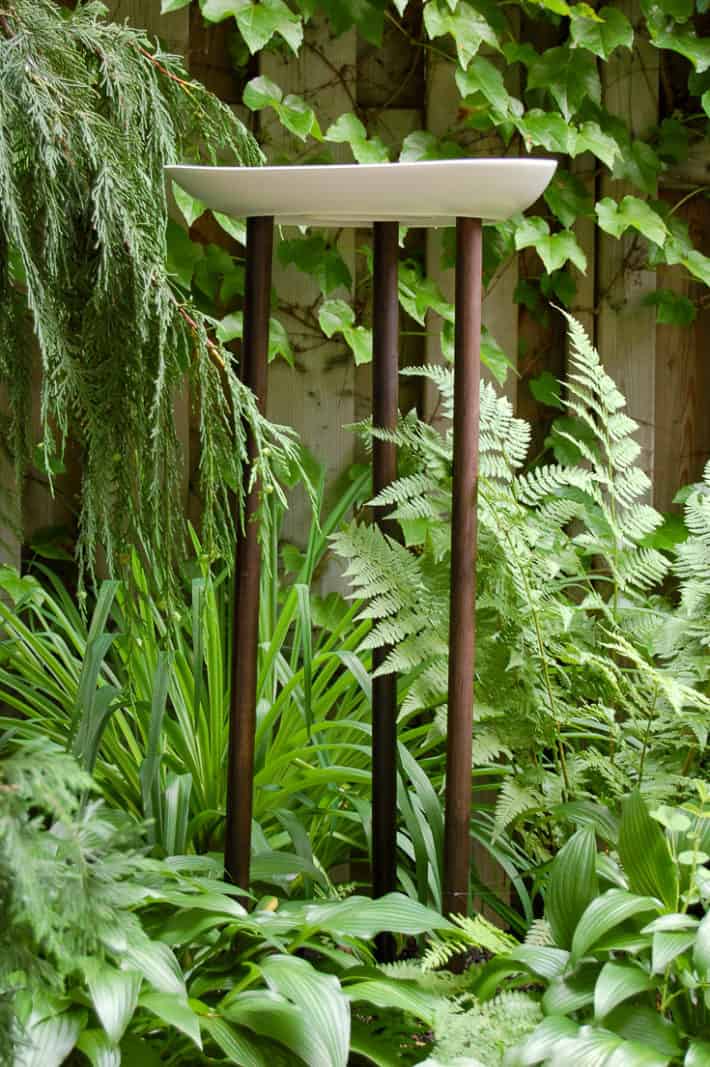 If the bowl has some sort of edge on the bottom it will help to keep the bowl stable and aligned. 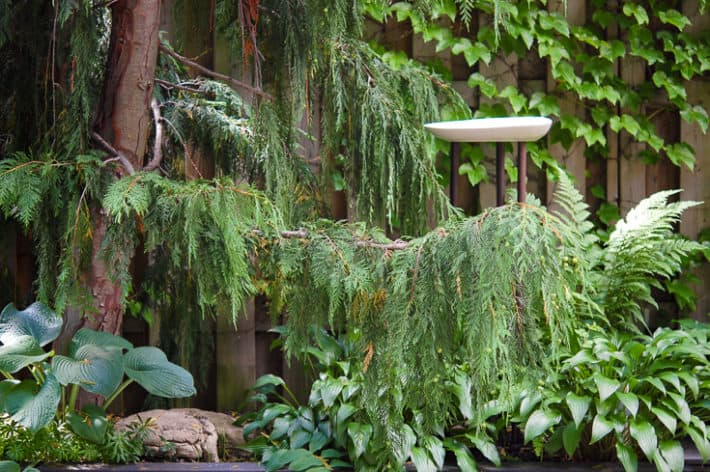 Where to place your birdbath

*I chose this solar fountain as the one to buy because it doesn't just work with solar power, it actually stores it so if there's shade or clouds it will keep running.  The one from my local hardware store only works while every single panel is in complete sun. So if there's a cloud or even one of the solar panels on it is shaded by a single leaf it won't work at all. 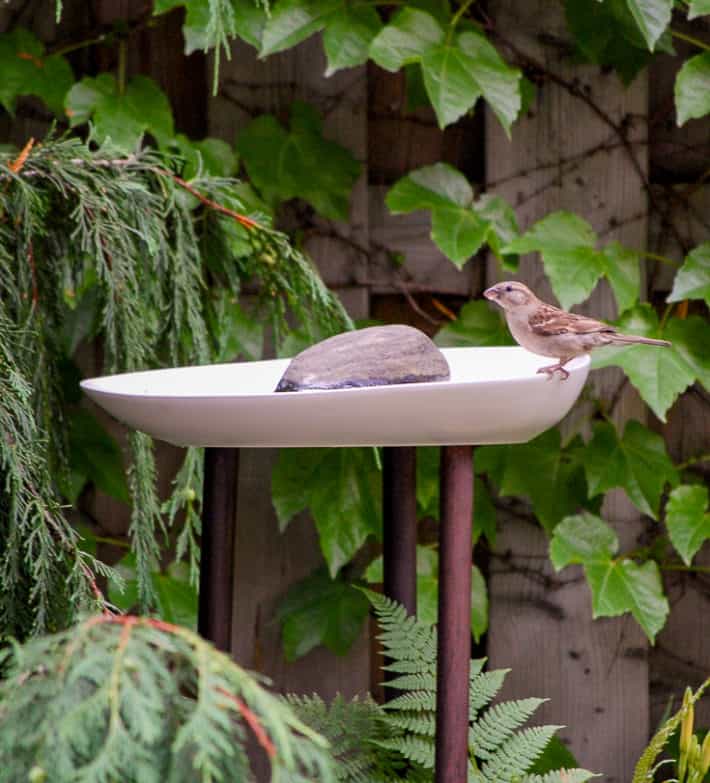 After a few years my wood dowels rotted away at ground level so keep that in mind. You'll have to replace them every few years. To avoid this you can use metal pipes from your local hardware store.

I really like the wood in the garden as opposed to metal so I'll just continue to replace the dowels as they rot. 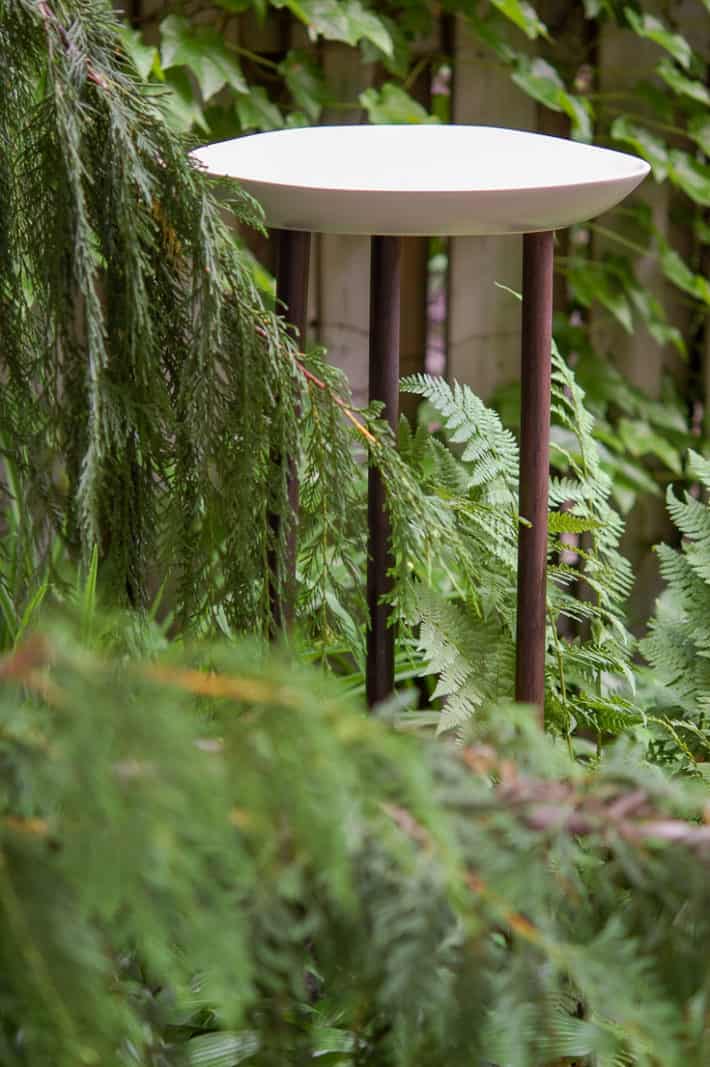 I'm  happy to report that since installing birdbaths around my property I haven't been pecked in the head even once. 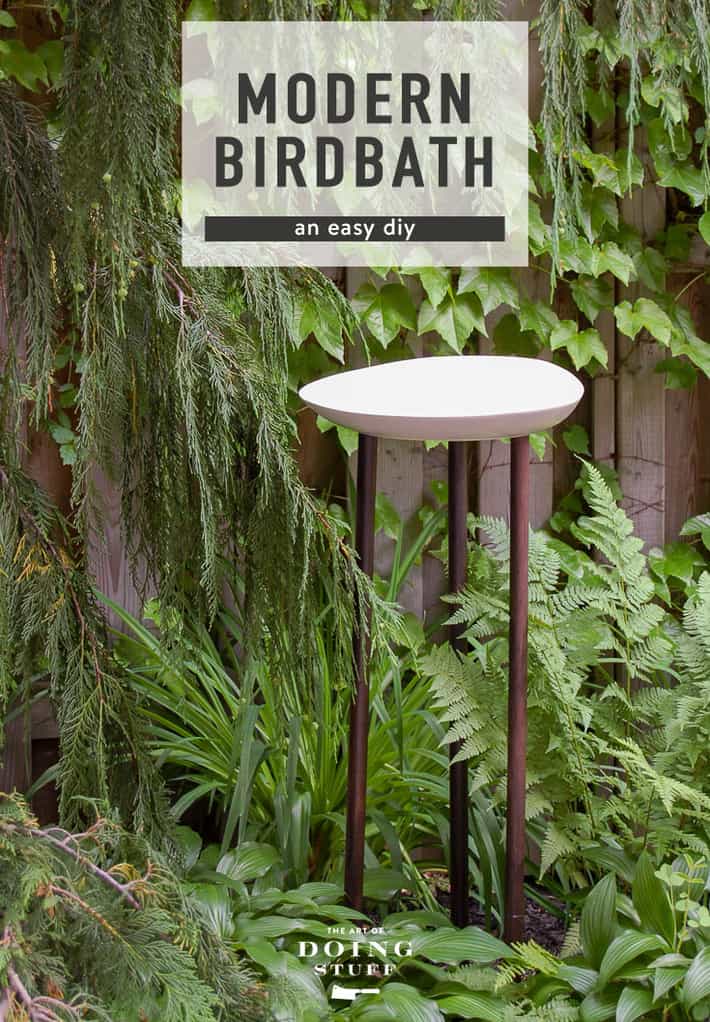