I was able to kerf cut the very first time I tried it. So I'm pretty sure you'll be able to as well. Kerf cutting will let you bend wood, even a 2x4 into a circle.  This is the method you need if you're trying to make an arch, a slight curve or even a 90 degree angle from one continuous piece of wood.

One of the things I focused my attention on was weaving a sort of round basket out of bamboo to cover up my garbage can and huge green bin.  This house has no hiding spots.  Nowhere to put things like garbage cans, snow blowers or bodies so that they're out of view.

That's why I had to build this cover for my recycling bins.

And that's why I had to attempt this woven bamboo basket thing.  These were my materials.

It totally didn't work.  Not even a little bit.  Apparently even though I was ready to do some manual labour my brain wasn't.  I mean this basket thing I wove was a complete disaster.  If I were to do it again I'm sure I could get it to work but I can't be bothered.  I'll try something else eventually.  Maybe stack up all the neighbourhood cats on top of each other around my garbage cans.  Practical AND soft should you happen to fall into them.

However my time with the bamboo basket weaving wasn't a complete write off.  The one and only thing about it that worked was my first attempt bending a piece of wood.   To make my garbage shield I had to bend the piece of wood you see at the bottom of my materials picture.

I was able to bend that piece of wood to 90 degrees by using a technique called kerf cutting.  And here's how you do it ...

Kerf cutting is making many kerf cuts (cuts the width of your sawblade) along a piece of wood. 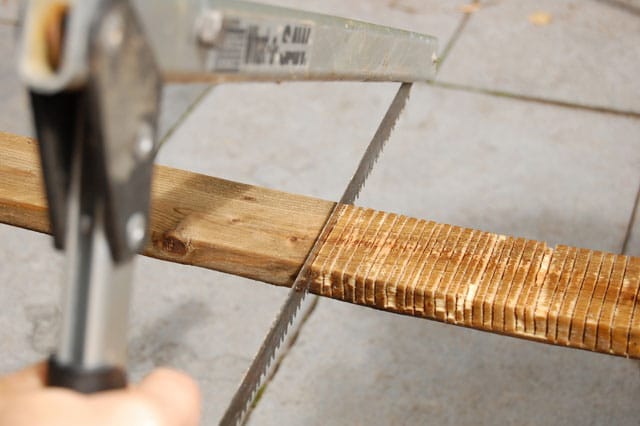 Normally you would use a table saw to do this. It would be much more precise and much easier than doing it with a handsaw.  Even though I have access to a table saw, I figured many of you would not, so I wanted to see if kerf cutting was possible with a regular saw. 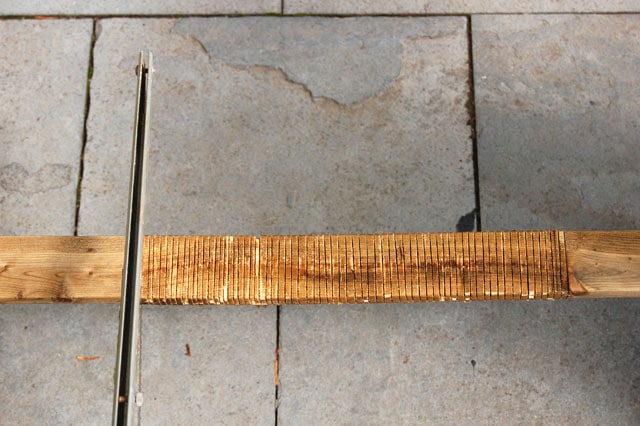 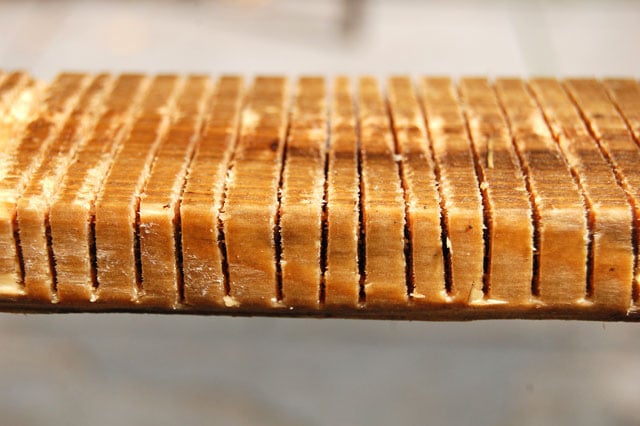 The most important thing about kerf cutting is making sure you cut through enough of the wood.  You need to get so close to the edge of the wood that it's scary.  That you're sure it's too close and you're going to cut your wood in half.

Once you have enough cuts for the amount you want the wood to bend, you cross your fingers, make an "I'm scared" face and start bending.  If the wood seems to be resisting, you haven't cut through far enough. 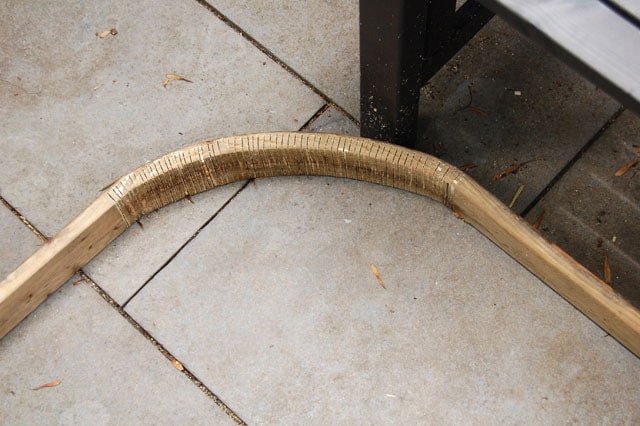 At this point you should be able to bend the wood the same way you can bend a bendable straw. 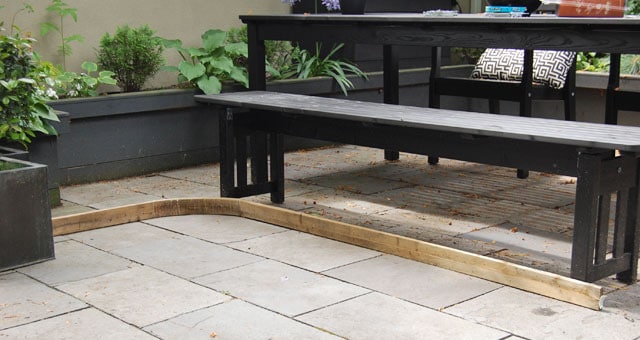 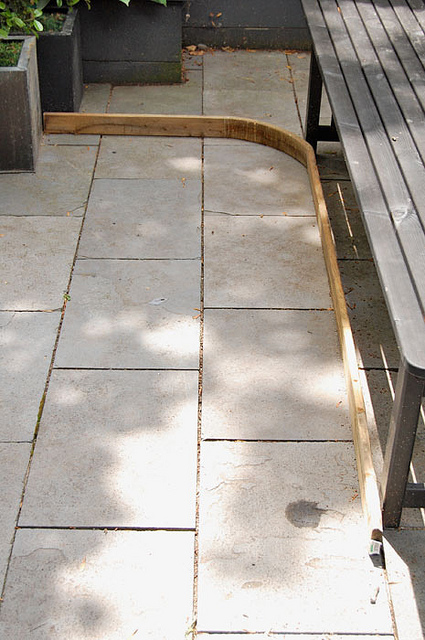 Now if it were only large enough to cover a garbage can I'd be set.