I don't know about you but I don't even really like chicken.  Especially a big, honkin' chicken breast sitting on my plate.  Blech.  I can never get through the whole thing.  It always smells great and a roast chicken conjures up thoughts of the most delicious dinner in the world, but really I'm only interested in the crispy skin and the stuffing.

In fact, the only reason I eat chicken is to break up the red meat I long for and eat every other night.  Plus, apparently I overcook my chicken all the time which probably makes it somewhat less delicious than it could be.  I got this habit from my mother who doesn't believe her chicken is completely done until it's completely inedible.    Ditto for every other meat and the occasional Eggo.

I've partially solved both of my issues with chicken by slicing it thinly before cooking it.  It's less grotesque to me that way, plus it cooks more evenly and quickly.

Having a good sauce don't hurt none neither. ( Since I own chickens I will now sporadically talk hillbilly. )

So when this stupid, goofy, stupid, relentless, neverending, stupid meal plan I'm on had a chicken recipe I was none too impressed.  Then I made it, fell in love with it and decided to marry it.  True story.  We're hitched.

It's a pistachio encrusted chicken with a dijon mustard/dill sauce.  And you will love it too.  Unless you're a weirdo.  No wait.  I'm a weirdo and I love it.  So ... on second thought ... if you're a weirdo, you too will love it.

The best part is it's easy.  Here we go!

Chicken Breasts (1 per person, sliced against the grain, thin)

Whack of butter (4 Tablespoons or so)

Dice your ¼ cup of Red Onion. 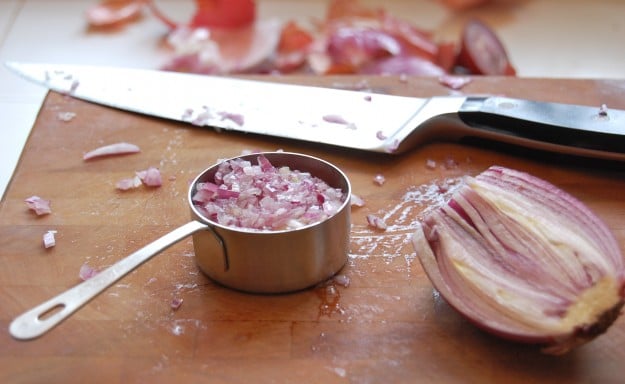 Add it to a saucepan with the ½ cup of chicken broth.

Simmer until liquid is almost gone. 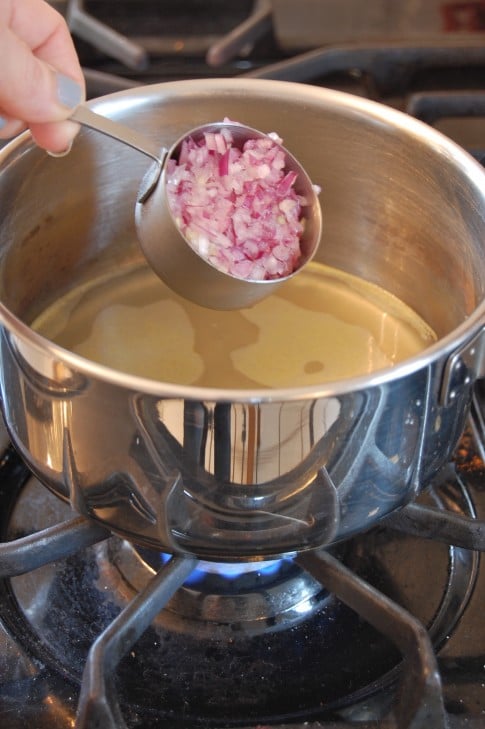 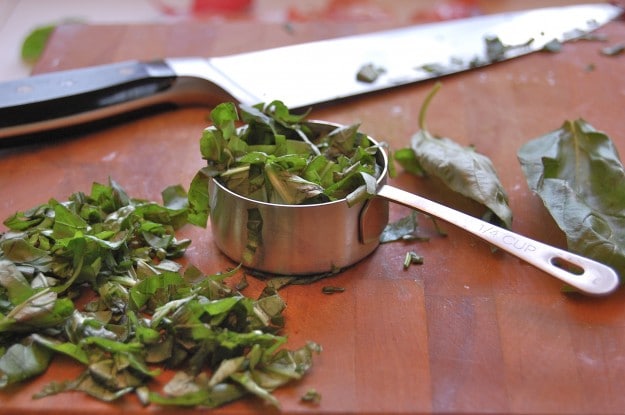 By now your broth should be reduced.  Like this. 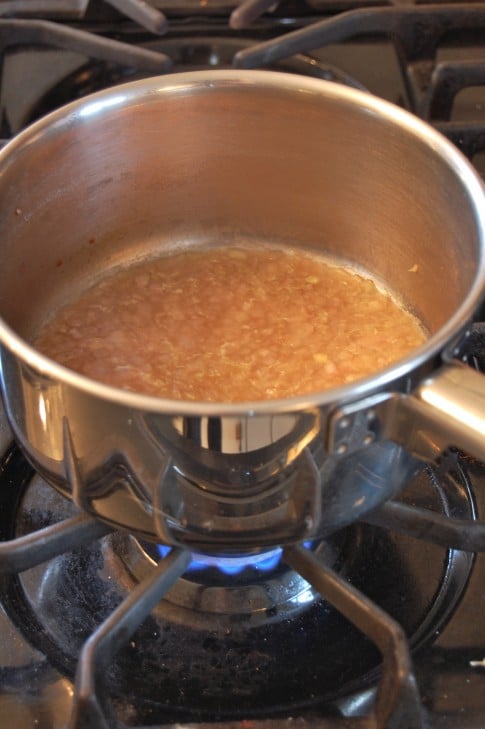 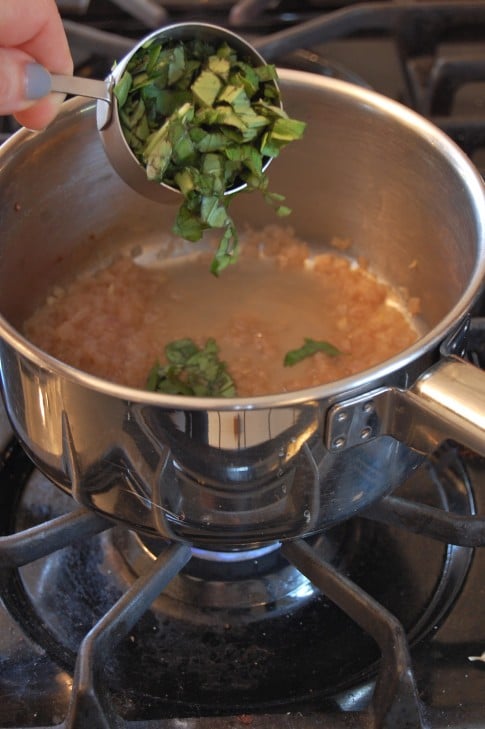 And your 2 Tablespoons of Dijon Mustard. 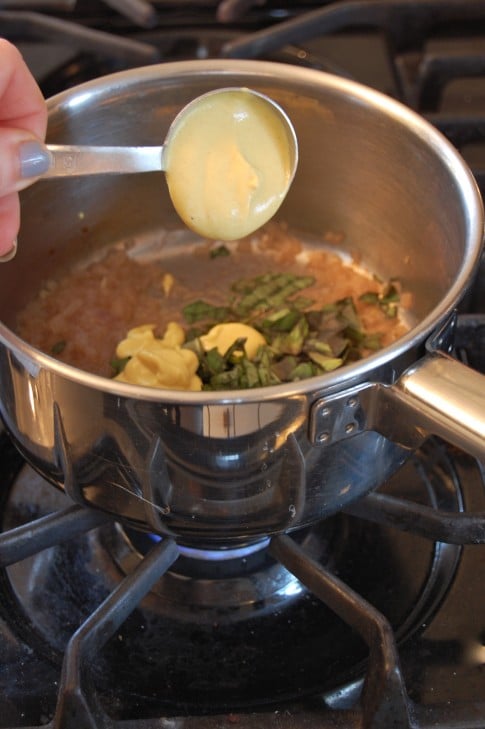 Throw in the dill.  I mean, don't endanger anyone but ... chuck it in there.  With flare.  Like they do on cooking shows!  It'll make you feel good. 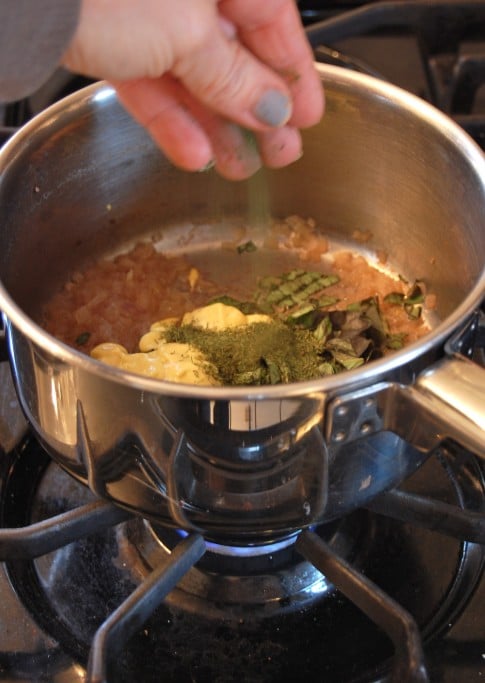 Add the 1 ½ cups of Whipping Cream.

Simmer and reduce the sauce to one cup.  Season with salt and pepper. 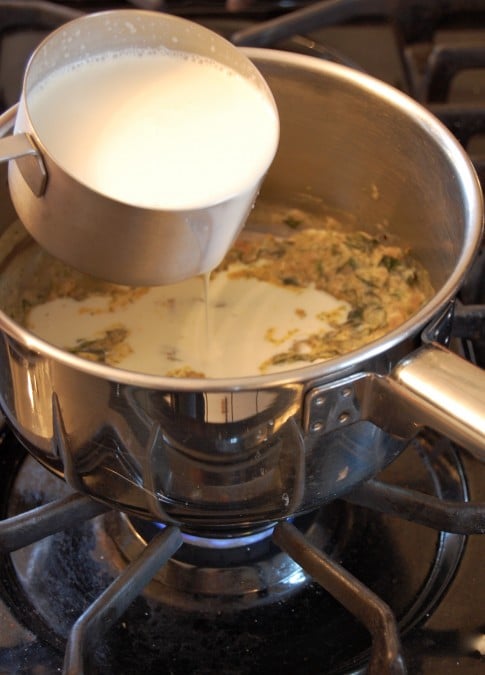 O.K. I have a tiny confession to make here, explaining lie #1.  This whole recipe up to this point?  A bit of a lie.   The original recipe (which I've altered slightly) states that you're supposed to reduce your onions, THEN add your whipping cream and reduce to 1 cup.  THEN add your basil, dill and dijon.

Heh heh.  Seems I did it a little backwards and added the basil and such at the same time as the whipping cream.  We ate it.  It was good.  We didn't die.

Phew ... now that that's out of the way ... crush your pistachios.  Don't turn them into flour, they should be like bread crumbs. 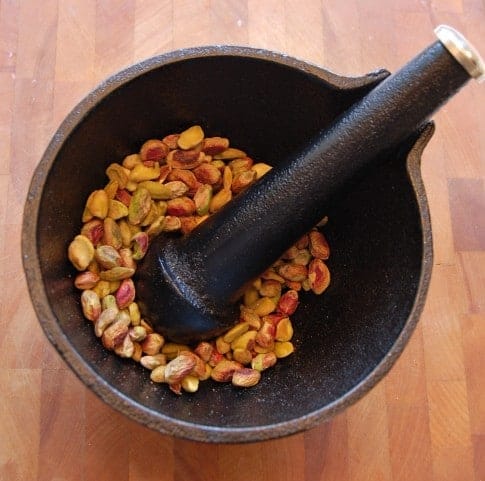 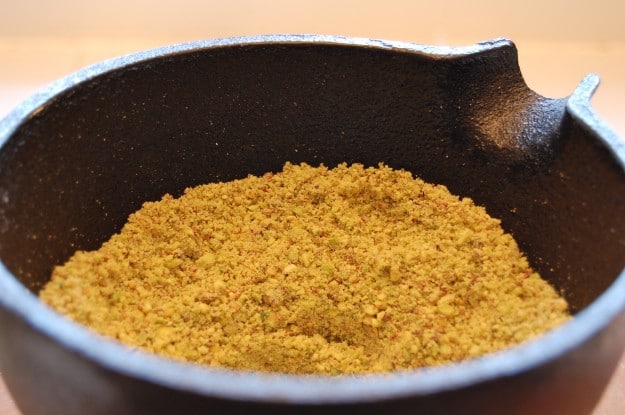 Add your ½ cup of Panko Breadcrumbs and mix together.  This is your breading. 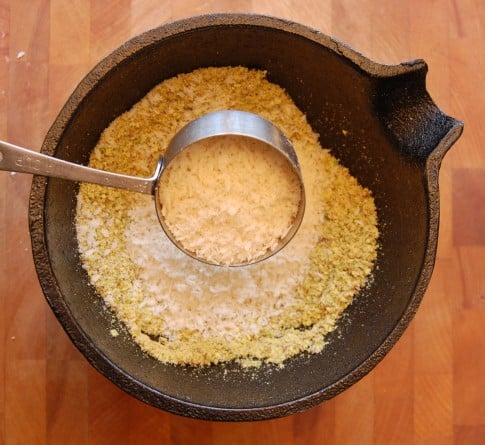 Dip the chicken slices in the milk and then the crumb mixture. 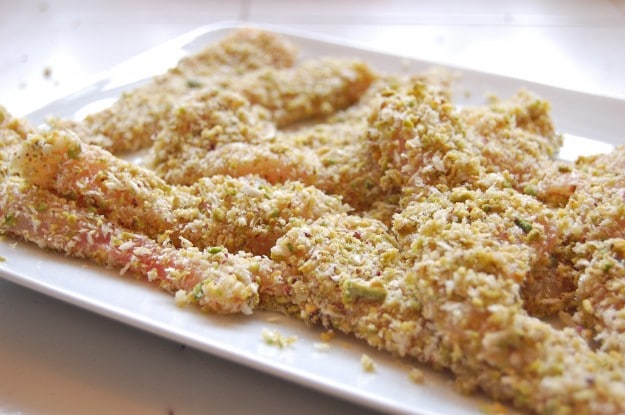 Heat some butter in a non stick pan over medium high heat. 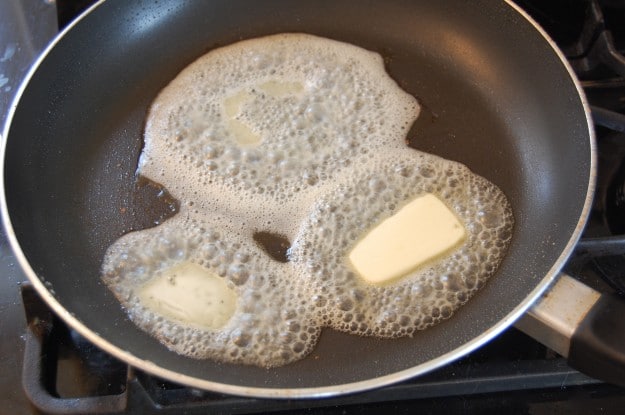 And why am I reminding you not to let your butter brown?  Because contrary to what this post would imply, I browned my butter.  A lot.  That butter up above is my second batch of melted butter, which I made sure not to brown.  So the above picture would be lie #2. 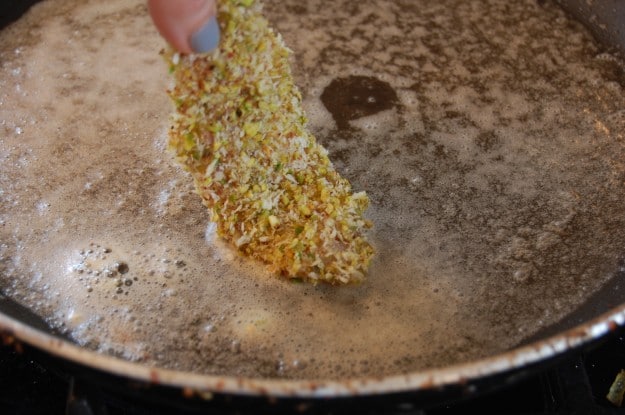 Cook the chicken on one side a few minutes, then flip them over .... 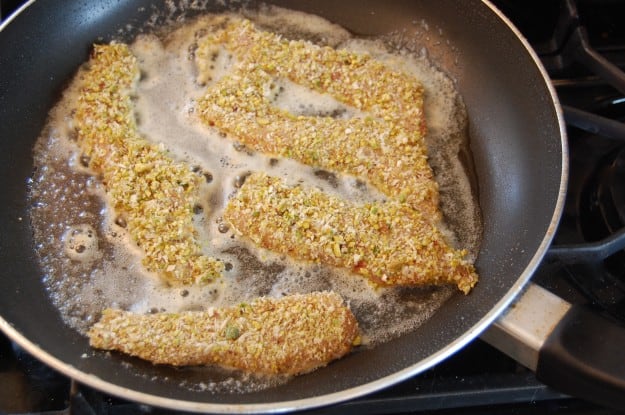 ... and cook the other side.  Until they're done.  I'm not giving you any time frame here because as was established in the beginning of this post, I'm a bit of a chicken overcooker.  Use your best judgement.  If need be, stick a knife in the middle of one of the pieces.  If it's pink, it's no done.  If it's so cooked you need a pair of tin snips to cut into it ... it's cooked to Karen Perfection! 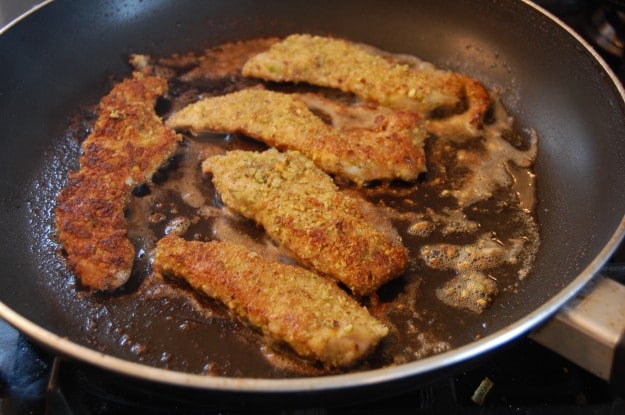 Plate it up and drizzle with the Mustard Dill Sauce.

I used this much Mustard Dill Sauce for the picture.  Then I put the plate on the table in front of me to eat for dinner and slathered it with another half cup of sauce. Allow me to introduce you to lie #3. 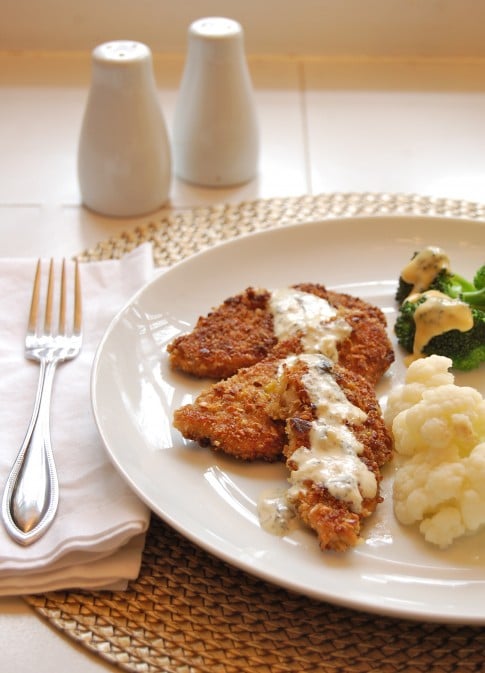 Oh. And the cauliflower? I didn't eat it. Blech.  I don't like cauliflower.  It sitting on my plate, as if I would ever eat it.  Is white lie #4.

Which brings us to my 5th. lie.  The fact that I said there were only 3 lies.  Consider yourself lucky, most of my posts probably contain 10 or 12 lies.  And regular bloggers probably hit somewhere around 25 - 30 on a good day.

The recipe is totally delicious!  That, I promise is not a lie.