Sparkle Plenty, a spray on chandelier cleaner that I tried a few years ago, is amazing in two ways. It works amazingly well and it's priced amazingly high.  Here's how to make your own crystal chandelier cleaning for $1.85. 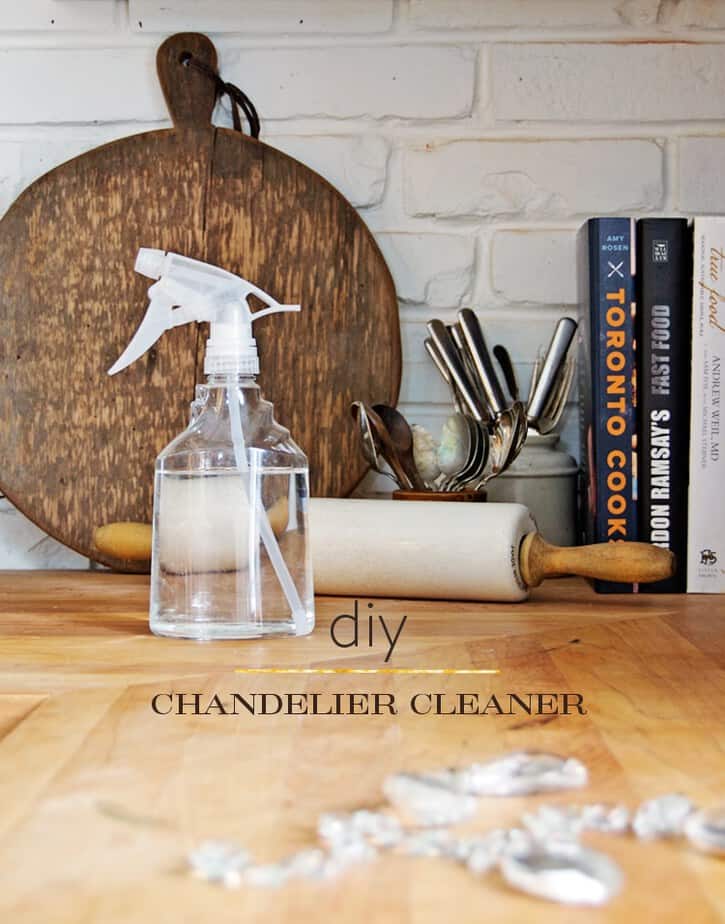 Blue is the most loved colour around the world.  Blue!  Even among women in Thailand.   Women everywhere as a matter of fact.  That's right.  The favoured colour among the majority of women in the world is not pink or purple or polkadotsparkle.  It's blue.

The colour of life's essential elements -  the water, the sky, and the Windex.

I've always owned at least one crystal chandelier and dreaded cleaning it so much I just didn't.  A crystal chandelier loses a bit of its charm when it's covered in grease and cat hair unless you're one of those avant garde types.

So months, sometimes years, after I should have, I'd take the chandelier apart and wash all the crystals by hand with Windex. Sometimes I'd put all the chandelier crystals into the the dishwasher to clean them.

There had to be a better (easier, less annoying) way.

I'd known about spray cleaning chandeliers for years but never bought the stuff for fear it would be money wasted.  But for the sake of this blog and science I went out and stole some from my local hardware store.

I created a diversion by pointing at 1 of the 15 men in the hardware store wearing a plaid shirt and a beard, and yelled OH MY GOD IT'S BOB VILA.

30 seconds later he was being mobbed for selfies and I was strolling out with a bottle of Sparkle Plenty stuffed in my socks. Stealing household cleaners is a rite of passage every person should experience once.

Once I got home I tried it, it worked and I got to work deciphering what exactly Sparkle Plenty was made out of. 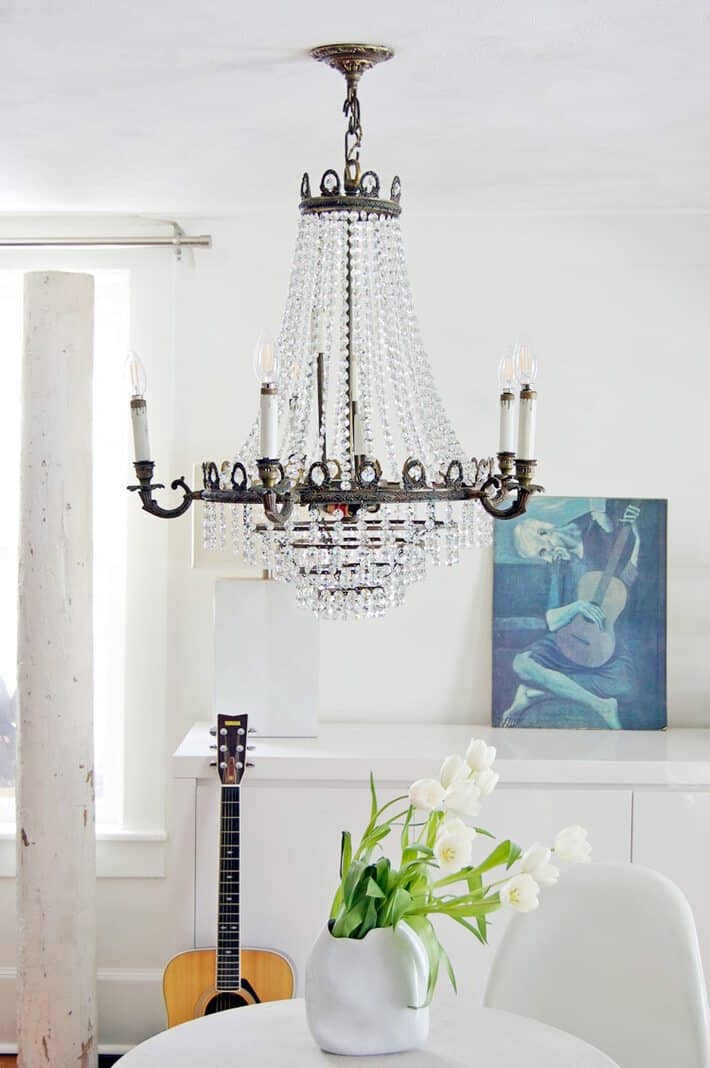 All you do is spray the cleaner on your chandelier (a lot ... you have to spray so much that it's actually dripping off your chandelier) and the dirt drips away.

Repeat until the water dripping off of the chandelier is clear.

Sparkle Plenty smelled like Windex so that's where my research started; figuring out what Windex is made of.

After an hour or so I had formulated a recipe for a DIY chandelier cleaner that would cost a fraction of what the Sparkle Plenty would have cost had I paid for it.

Most cleaning products are made up of distilled water and a bunch of other stuff.  Often either ammonia or isopropyl alcohol (rubbing alcohol).

After checking the MSDS and online ingredients of Sparkle Plenty I discovered the main ingredient is distilled water.  The reason for that is distilled water will evaporate without leaving any mineral spots on the crystals. See?  Everything is better once it's distilled.  Just ask barley or rye. 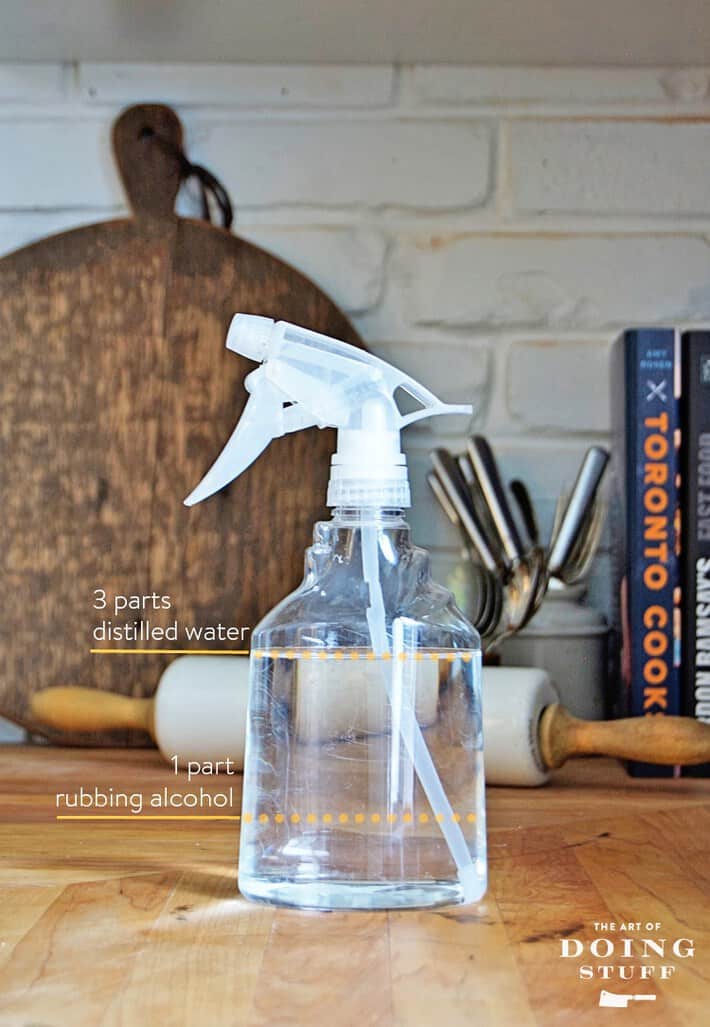 Because I had both things on hand, I mixed a concoction of 1 part rubbing alcohol with 3 parts DISTILLED water.

I took my homemade chandelier cleaner over to the other half of my chandelier and started spraying just like I did with the Sparkle Plenty.  The results were exactly the same as far as I could tell.

The one difference I noticed is that the Sparkle Plenty seemed to have something in it to make it a tiny bit thicker. It didn't drip off quite as quickly as my homemade chandelier cleaner.  Something that made it almost a bit glycerin-like, but I don't think it actually contains glycerin.

Point is, drip dry chandelier cleaner works whether it's store bought (stolen) or made.

How to Spray Clean Your Crystal Chandelier 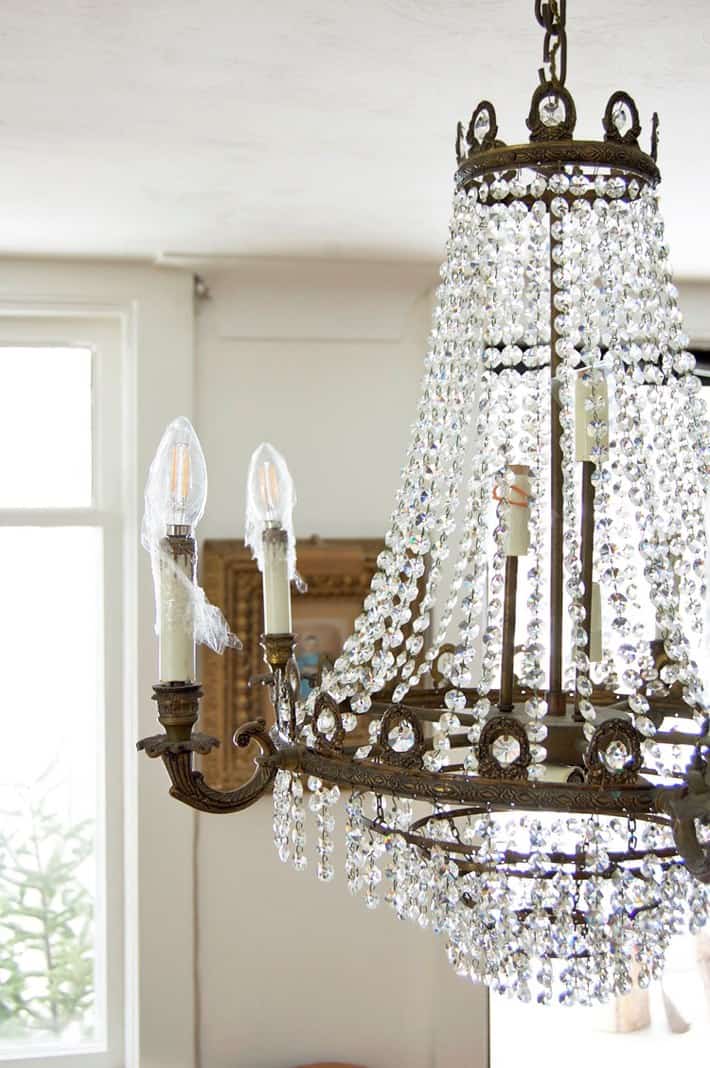 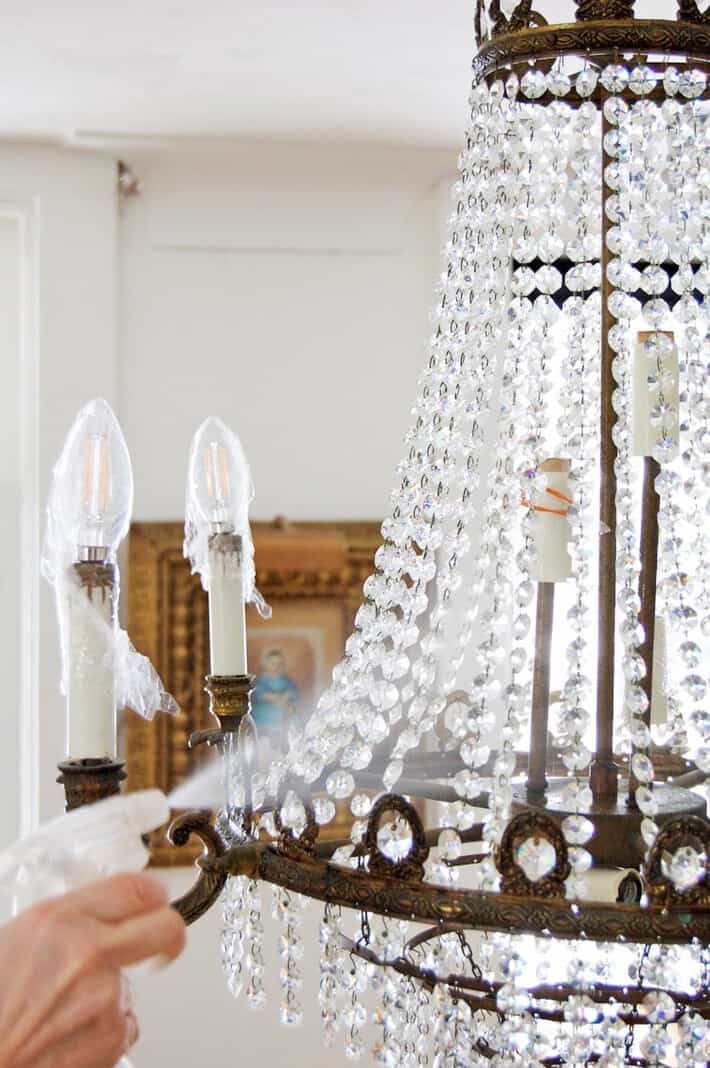 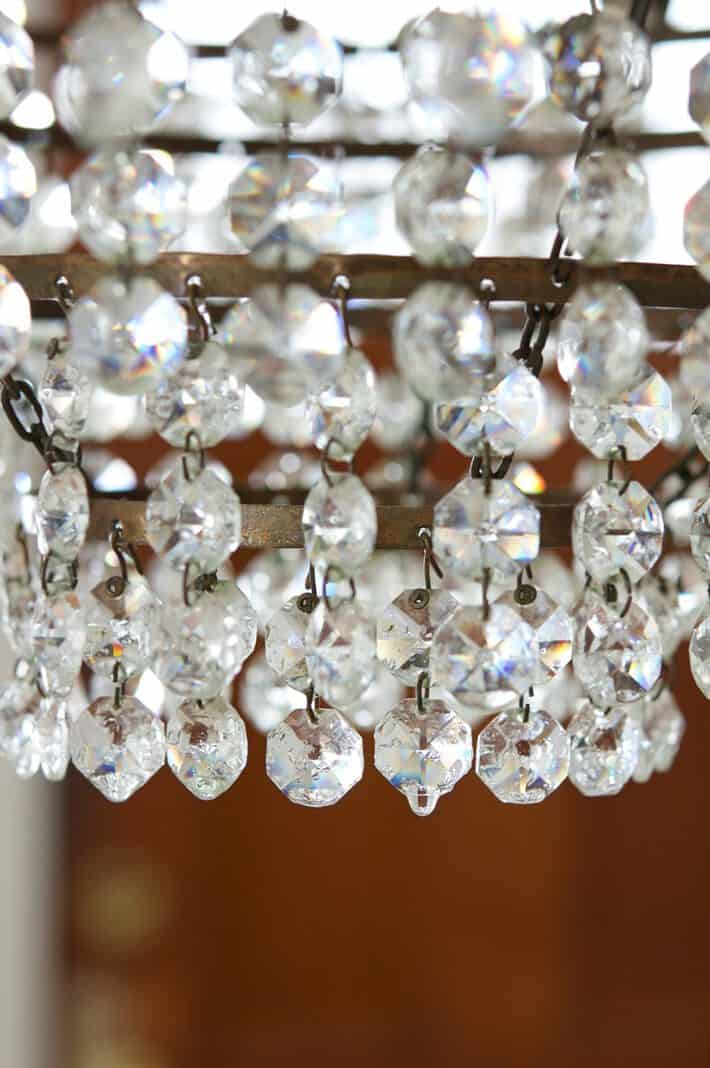 If your chandelier is a total disaster, like the one in my kitchen that was covered in 10 years of french fry grease, then you're gonna have to hand clean your chandelier by spraying a microfibre cloth or glove with chandelier cleaner or warm soapy water or Windex and rubbing each crystal clean.

Sorry. That's just the way it is and you're going to have to suck it up, but I'm sure you can because you're tough, you're resilient, you're part of the super-cool chandelier cleaning gang.

Once you do that horrible job one time, you'll be able to maintain your chandelier by just spraying it with a chandelier cleaner.  I'd say maybe 3 or 4 times a year.

And the ADDED bonus to cleaning your chandelier with either of these?

The smell will transport you back to another rite of passage in your life.  Sitting in a chair at the mall, while the most qualified of all medical professionals, a teenage girl working in a junk jewellery store, wipes your earlobes with a cotton ball soaked in rubbing alcohol before piercing your lobes with a rusty old hole punch she grabbed from her pencil case.