The 25 Varieties of Dahlias I’m Growing This Year. Plus Dahlia Society Growing Tips.

The 25 varieties of dahlias I’m growing this season because who can forget last fall’s cottage garden? Plus the dahlia growing tips I learned from the Dahlia Society.

Behold last year’s English Cottage Garden. I really felt like it was missing one thing. A few more dahlias.

I was warned several times that dahlia people are loons. That they care about dahlias in a way no one should care about anything that doesn’t have arms, legs or come in BBQ flavour. I just shrugged it off, because the way I see it, if you’re going to be incredibly dedicated to anything you have to be a bit of a nutter.

I didn’t care if dahlia people were an unhinged gang of petal pushing obsessives. Why did I not care?

And then I found myself on a 3 hour ZOOM meeting with my local dahlia society not only unwilling but actually UNABLE to leave the meeting early. I couldn’t. What if they mentioned some great planting technique? Or fertilizer? Or variety?

What if I missed out on some little or small piece of information that would reallyyyyyyy open up the world of dahlias to me? What THEN???

Also, I think 25 varieties is, like, a good start, you know, but really more of a jumping off point than an obsession.

It was nearing the end of hour 3 that it hit me.

Consider this my coming out, as I introduce you to the 25 varieties of dahlias I will be growing this year. The majority of them were purchased from The Hamilton and District Chrysanthemum & Dahlia Society. I have not heard the word “Chrysanthemum” uttered a single time in any of the meetings or correspondence with the society so I suspect they just threw that in there give the impression we’re all perfectly normal with many interests outside of dahlias.

I get asked fairly often where I get my dahlia tubers from and I’ll say it again – I joined my local dahlia society partly because it’s the best place to get unusual or rare dahlia tubers.

Check the Internet to see if you have a local society. As I may have mentioned before, dahlia people are quite enthusiastic about dahlias and will be more than happy to share tubers and information.

Like I said, part of the reason to join your local dahlia society is to get your hands on hard to find tubers. This is especially true in Canada where tubers aren’t as widely available as they are in the United States.

The other good reason to join a society is for the tips and tricks. These are people who know what they’re doing. And some of the society members will have been growing dahlias for decades.

In my local dahlia society they’ve bred their own varieties of dahlias, most notably the variety Colleen Mooney from breeder John Mooney who lives a few kilometers away from me. It won the small decorative dahlia class from the American Dahlia Society.

Here are the top 3 tips I learned in our spring meeting.

And in closing, my own little tip for you – Don’t ever think it can’t happen to you. 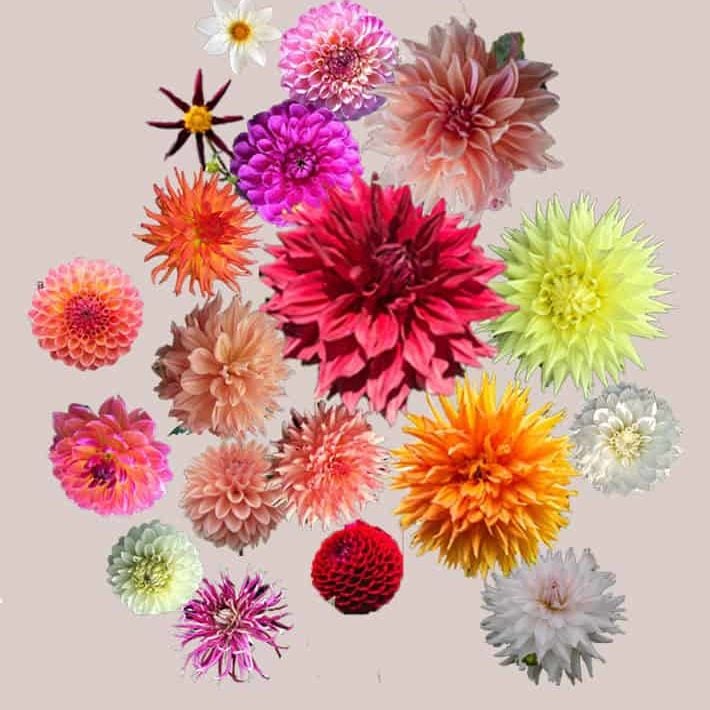