If you were to ask me how many BBQ Sauces I’ve bought over the years I would tell I can’t remember exactly but the number is probably around 1,742.

If you were to ask me how many of these BBQ Sauces I threw in the garbage after the first try (and sometimes after only one single revolting sniff) I would tell you I can’t remember exactly but the number is probably around 1,740.  The other two bottles I smashed against the kitchen wall.

BBQ Sauce has 3 basic ingredients and a few spices so I have no idea how they’re screwing this up.  My guess is, the creators of most mass produced BBQ Sauces are vegetarians. And angry ones at that.

Because of this I started making my own BBQ Sauce a few years ago.  It was a basic concoction of vinegar, brown sugar, ketchup, chili powder and a bunch of other spices.  It’s good.  Shockingly in fact, it’s good enough to eat.  Which is more than I can say for any single bottled BBQ Sauce I’ve ever purchased.

Then a couple of years ago I hosted a lifestyle television show that featured award winning BBQer DivaQ. DivaQ is in fact her given name. It just happens that it was given to her by a big, greasy, ceremonial pork butt.

On the show she cooked a pig on a spit (totally gross) and made a delicious BBQ Sauce from scratch.  The recipe was on loan to her from another BBQing champion.  Without a doubt it was the very best BBQ Sauce I’ve ever tasted in my entire life.  I kept licking the spoon like it was sort sort of meat popsicle.   I’ve been making that BBQ Sauce ever since.

Fast forward to last December when I received a Bayou Classic Smoker for my birthday.  My boyfriend had been looking for a Big Green Egg but couldn’t find one.  He happened upon the used Bayou Classic Smoker on Kijiji by chance and bought it.  Turns out the guy selling it was a big BBQ fanatic.  An actual competetive BBQer who heads up the Black Pig BBQ team and goes by the name Big Dog.  I’m going to assume  this is also not his name as it would appear on his La Senza Bra Club card, but the name given to him by some ceremonial BBQ chief. Or a rack of ribs.

After we got the smoker set up I emailed Big Dog to thank him for the great deal on the BBQ. In return he emailed me saying if I needed a good sauce recipe to let him know.    I politely (because I’m always very polite to people until I get to know them) told him that I already had a favourite sauce.  A delicious Maple Bourbon BBQ Sauce passed on to me by Diva Q.  A sauce that tastes as though it has been kissed by maple syrup covered angels.

Ahem.  Here’s where things get kind of embarrassing.  The originator of that delicious BBQ Sauce I got a few years ago and loved so much?  It was Big Dog’s BBQ team. He informed me of that fact.   Even more embarrassing?  It’s his world renowned award losing BBQ Sauce.  It’s a loser sauce.  Seems he’s travelled North America with this sauce losing competition after competition with it.   He explains why much better than I could so if you’re interested in why this is an award losing BBQ sauce, click here.   He has since changed his sauce recipe and is currently ranked by the Jack Daniels Invitational as #3 in the World for ribs.

But I don’t care if it is an award losing recipe.  I love it.  I’m sure if I entered them in anything my cats would be award losing too but I still love them.  (I mean in a cat show, not a BBQ competition)

So for your BBQing enjoyment … 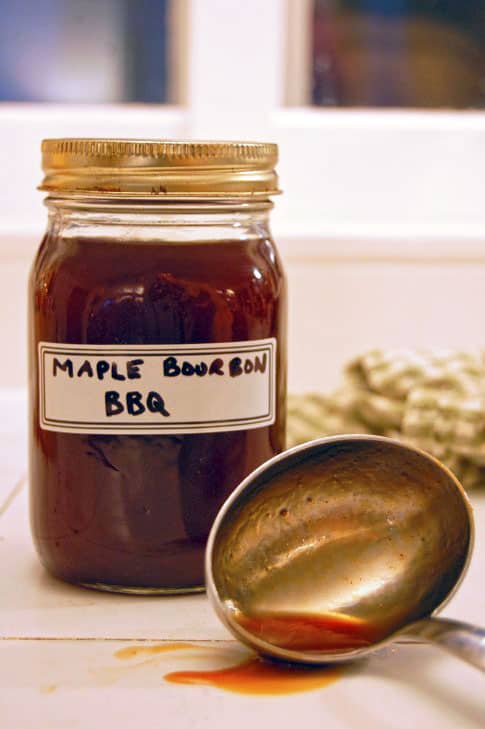 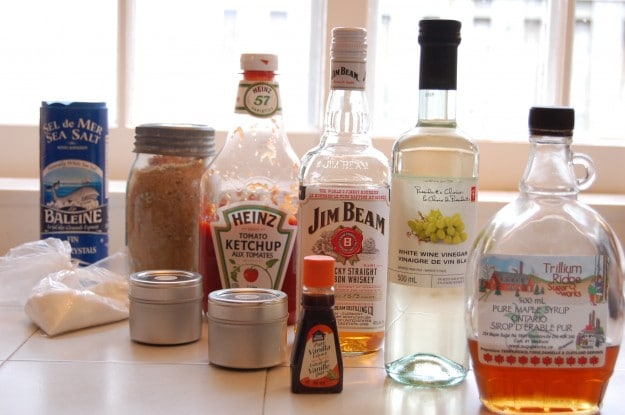 Add all your dry ingredients into a pot. 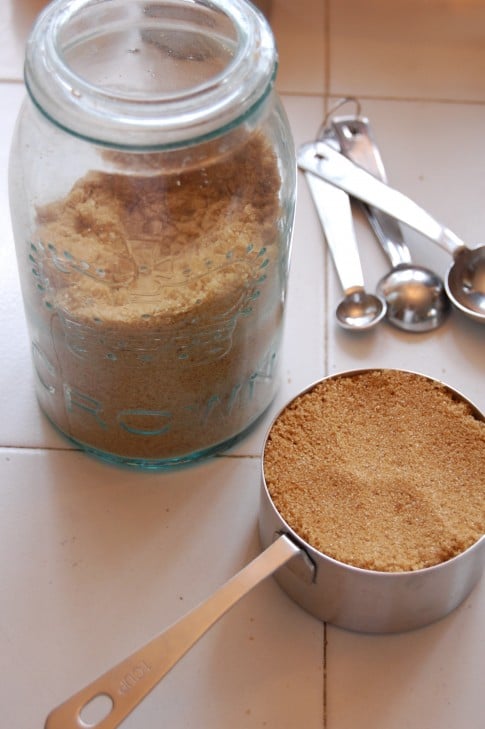 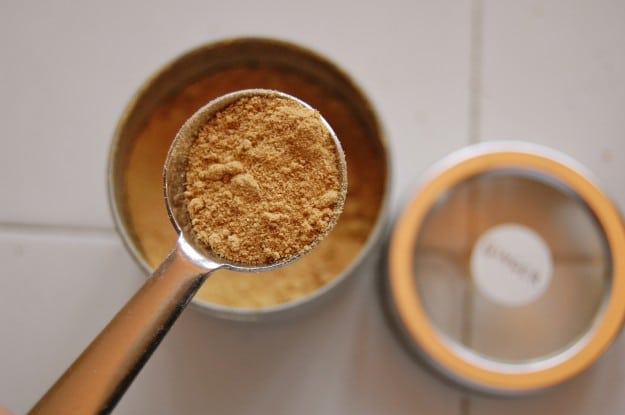 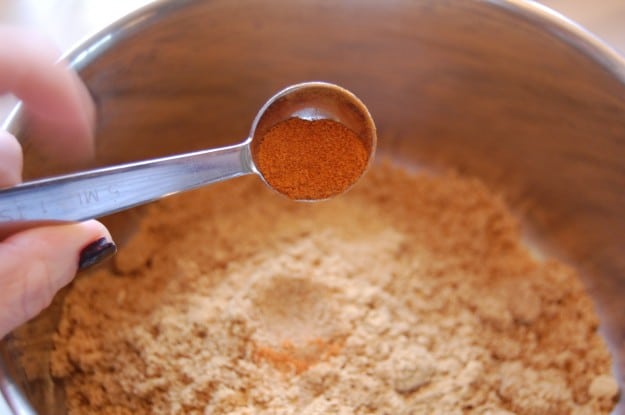 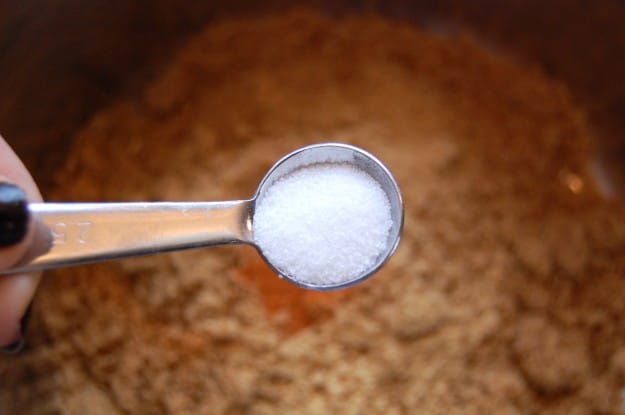 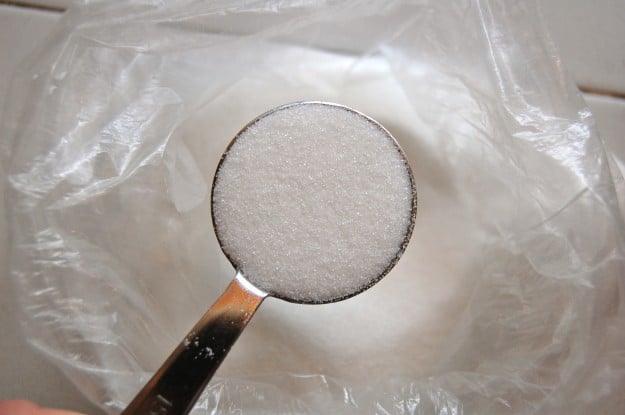 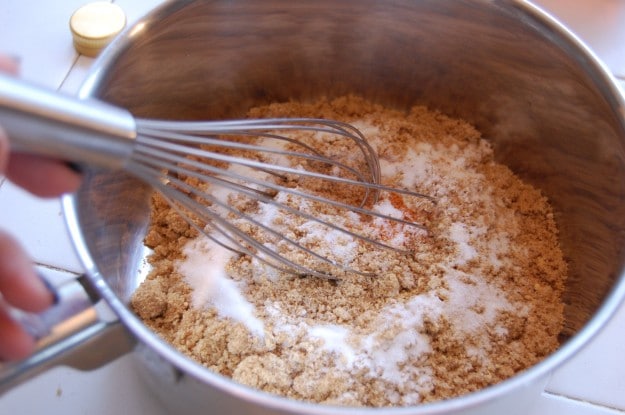 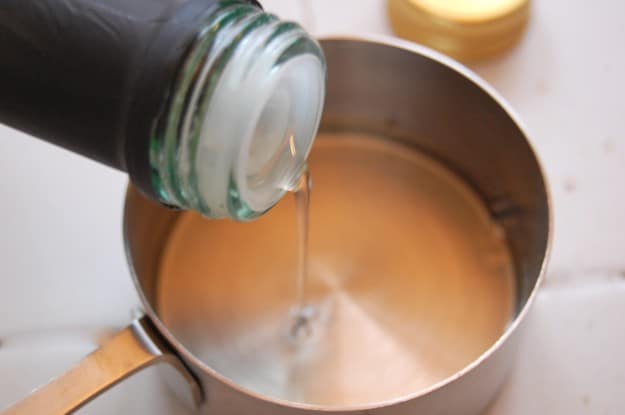 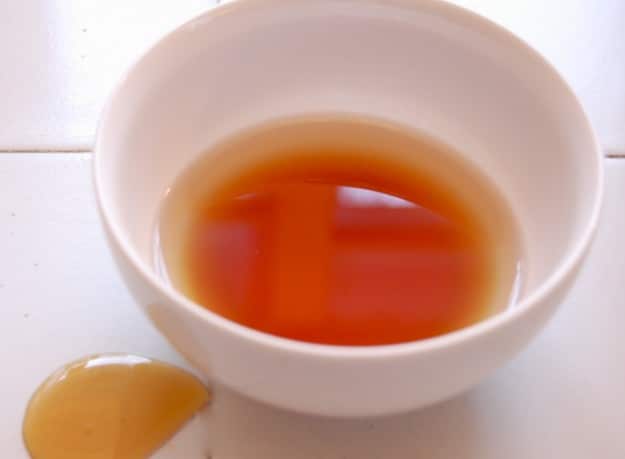 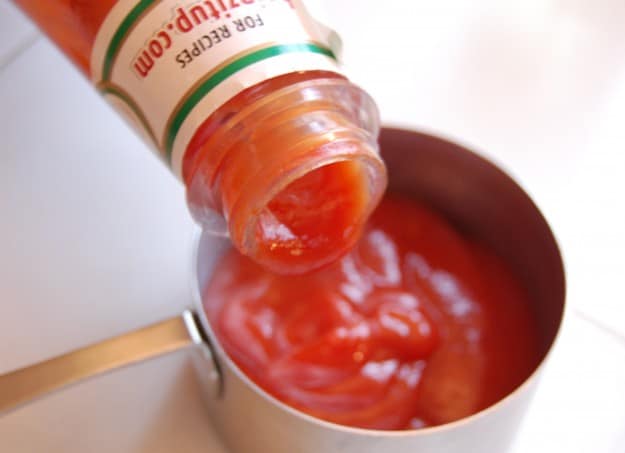 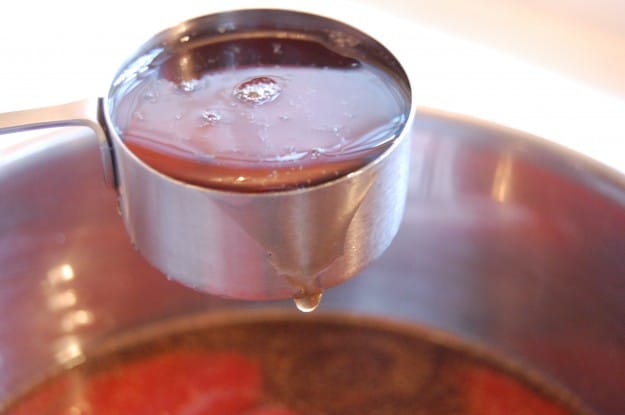 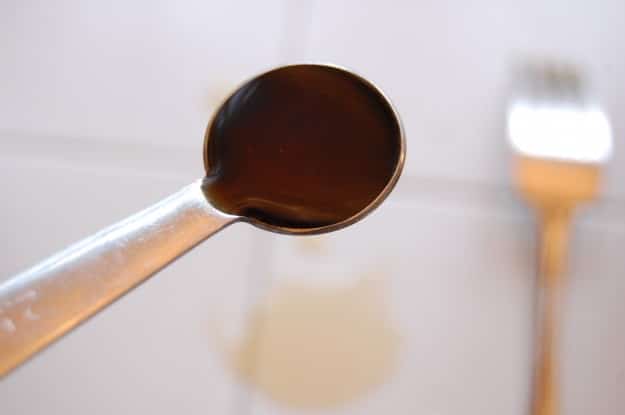 And now the elixir. 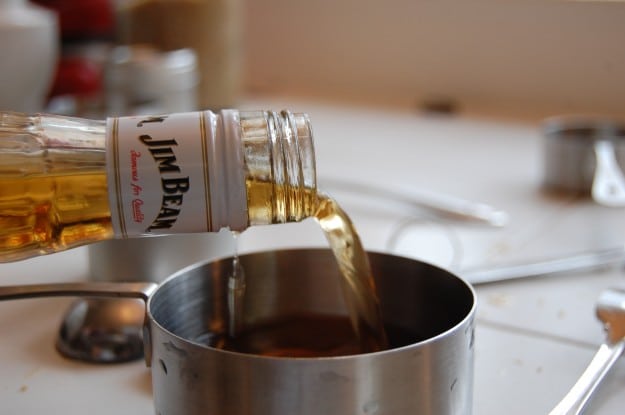 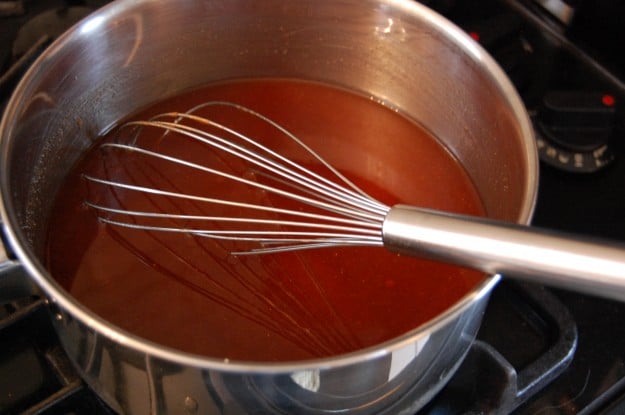 You just want the sauce to thicken up. 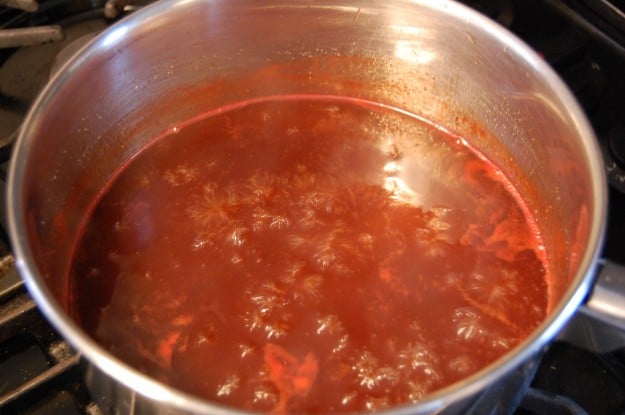 Ladle the sauce into Tupperware to keep in the freezer

A glass jar to keep in the fridge.

BBQ sauce will last for months in the fridge. 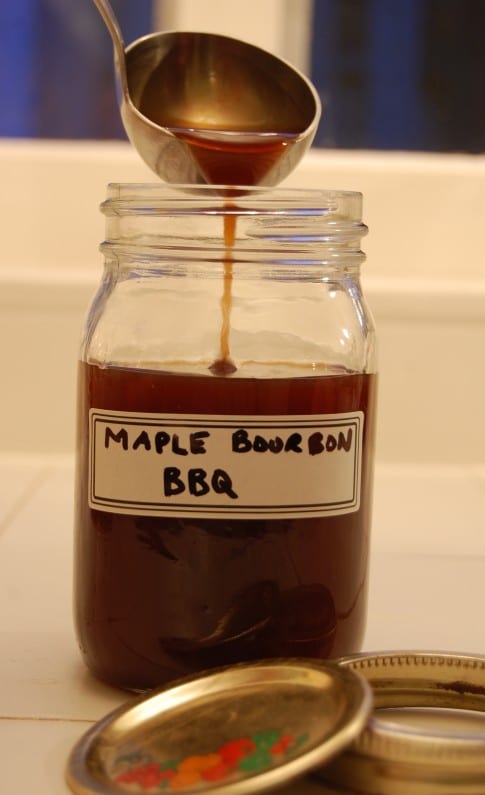 Well that and my uncanny ability to pick up things with my toes.