If you've been following the design world at all, you know there's been a resurgence in tie dye.  It's the new hip and cool print for both clothing and interior design.

Now, that's all fine and dandy but I don't actually like tie dye. In fact, I kindda think it's gross.

But at the same time ... I don't want to look like a lump. Like a fool who doesn't know what's going on in the world. So I've resigned myself to the fact that I'm going to have to embrace tie dye whether I like it or not.

This is very similar to the time I got sucked into wearing "skinny jeans" against my will. Which would be more appropriately named "only wear if you're skinny jeans" by the way.  Ironically, I love them now and rarely wear anything else.  Yeah.  I'm fickle.  Plus I have in my head if I wear jeans and ballet slippers like Amy Winehouse, maybe I'll also be able to sing like her.  She can keep the rest of her "characteristics".

The solution to my "I hate tie dye" dilemma? 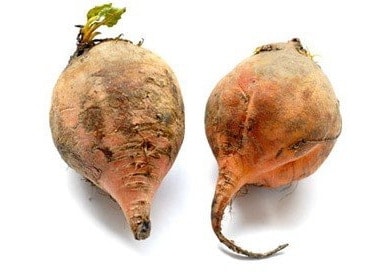 Behold, the Golden Beet.  O.K., I don't mean to toot my own bicycle bell here, but I think I might have invented something fantastic.    All due to this little Golden Beet. 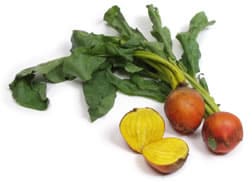 You take a few of these, wrap them up in some tinfoil with a regular red beet and you have ... Tie Dye Beets.

Yes.  I've invented fashion food.  My invention will probably sweep the nation, so prepare yourself.  I may be unable to post for the next few weeks due to the onslaught of magazine, radio and television interviews coming my way.  I may even end up on the cover of Vogue.

Of course I was also pretty sure I invented a little drink I dubbed the Chai Latte a couple of years ago.

Regardless ...  you have never seen anything so beautiful in your life!

Here's exactly how you make a Tie Dyed beet:

Wrap a few Golden and a few Red beets in 3 layers of tinfoil.  Stick them in the oven for 45 minutes - 1 hr. 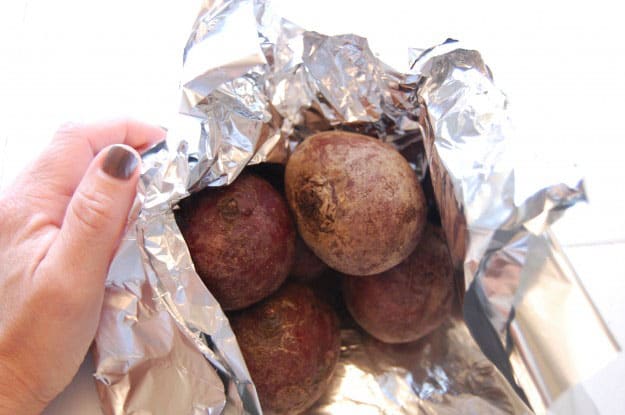 When you remove them they'll look normal.  Like plain old beets. 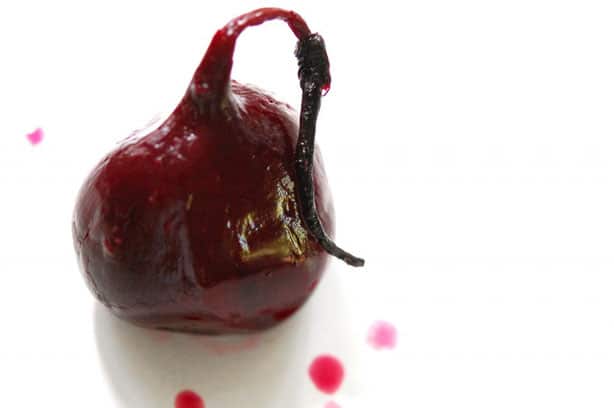 When you slice the red ones they'll appear unchanged.  It'll look just like a pretty ruby, red beet should. 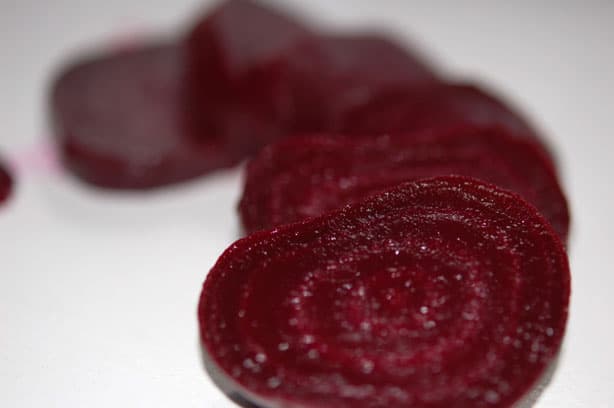 But once you peel and slice the Golden Beets ... 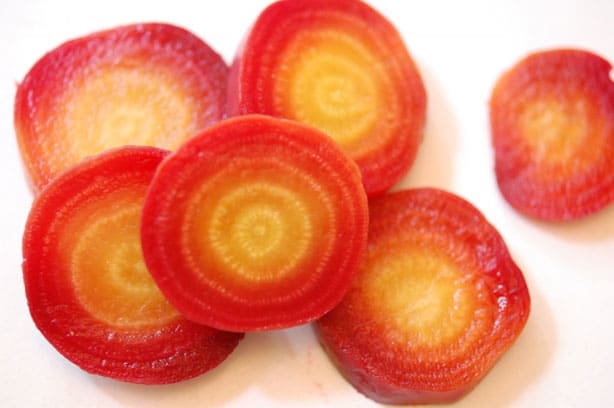 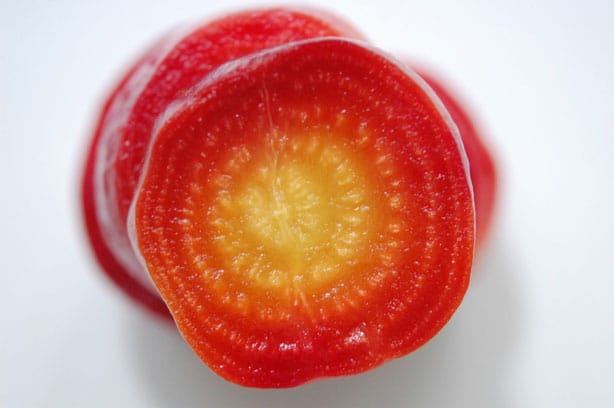 Seriously ... these are breathtaking.  And um ... the best part is they scream "Look at me!  I'm PRETTY and totally know what's going on in the world of trends", not "Look at ME! I'm stuper-stoned at a Grateful Dead concer...pft... ahahhhahaaaaa .... anyone seen the Cheetos?" 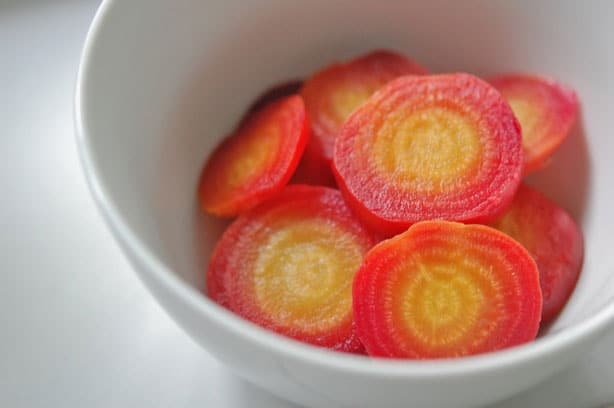 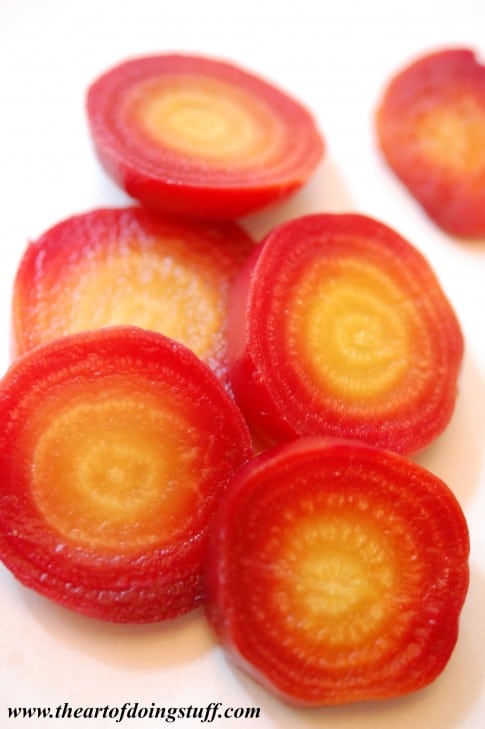 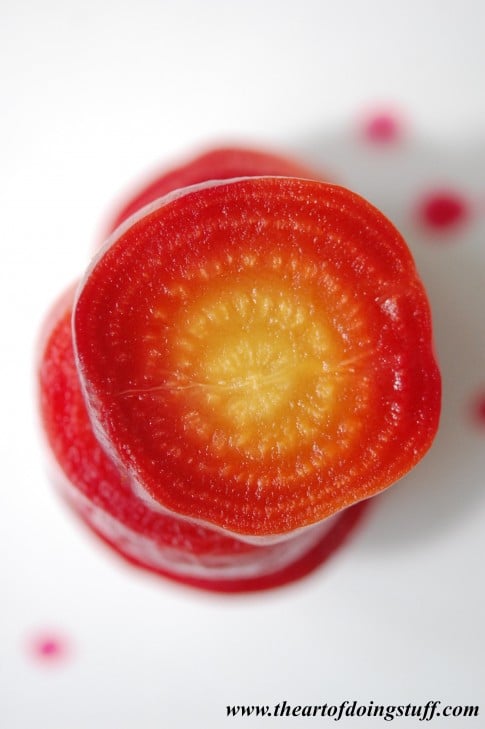 So if you too would like to embrace your trendy side w/out looking like a trend embracing ass ... serve up a Tie Dyed beet. 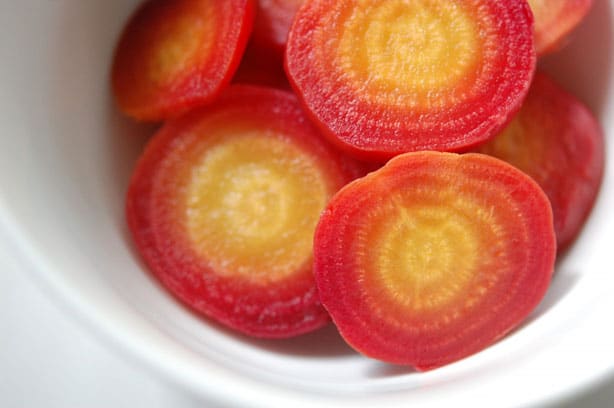 If you like beets, try my pickled beet recipe. It's good.  It's really good.

If you find the beets haven't "bled" to your liking just stick them all in a bowl and let them do their thing.  The juices from the red beets will infiltrate the golden beets.  And you will have tie dye beets.

By the way, just so we're all aware and you're not shocked in the coming days ... I give it a week before I'm totally sucked into the whole Tie Dye in design frenzy. You know how it is.

Watch for how to Tie Dye your cat, dishes, rugs and rain hats in coming posts.